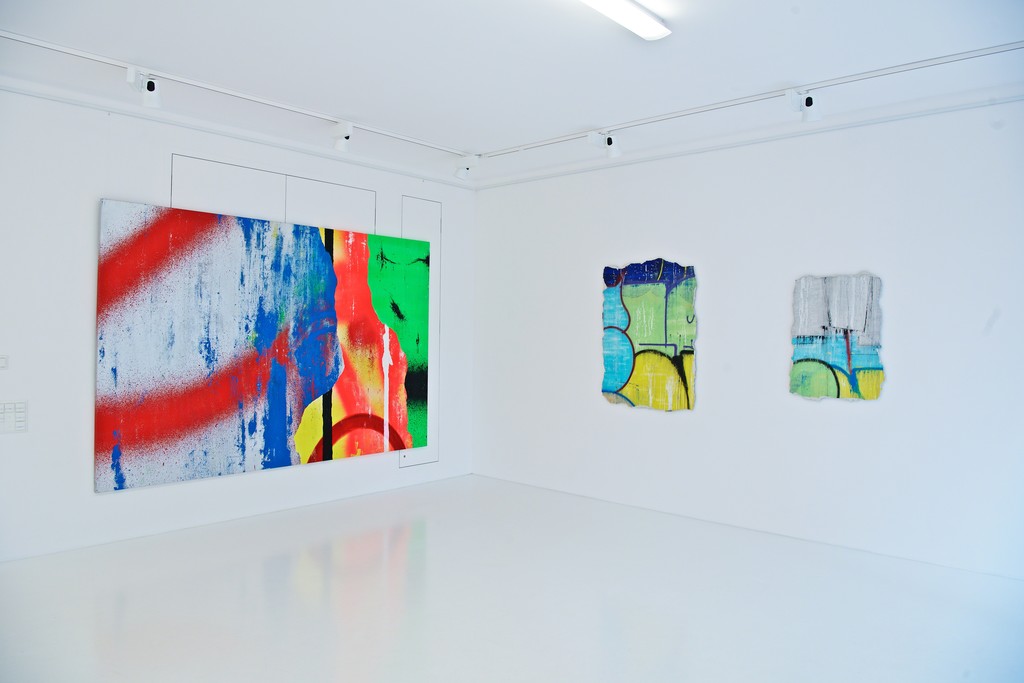 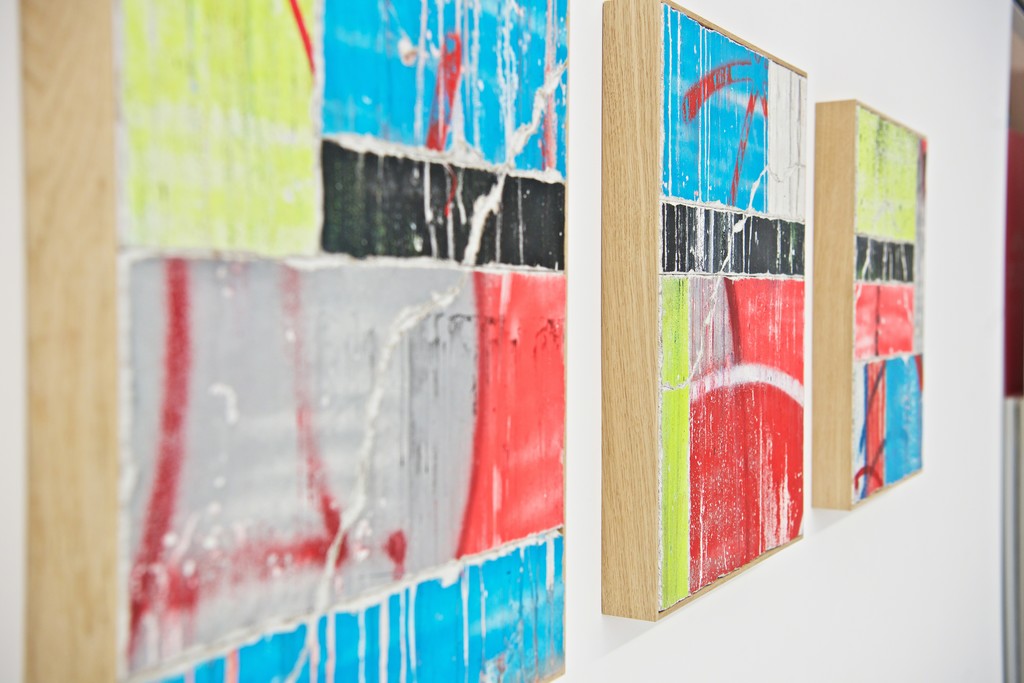 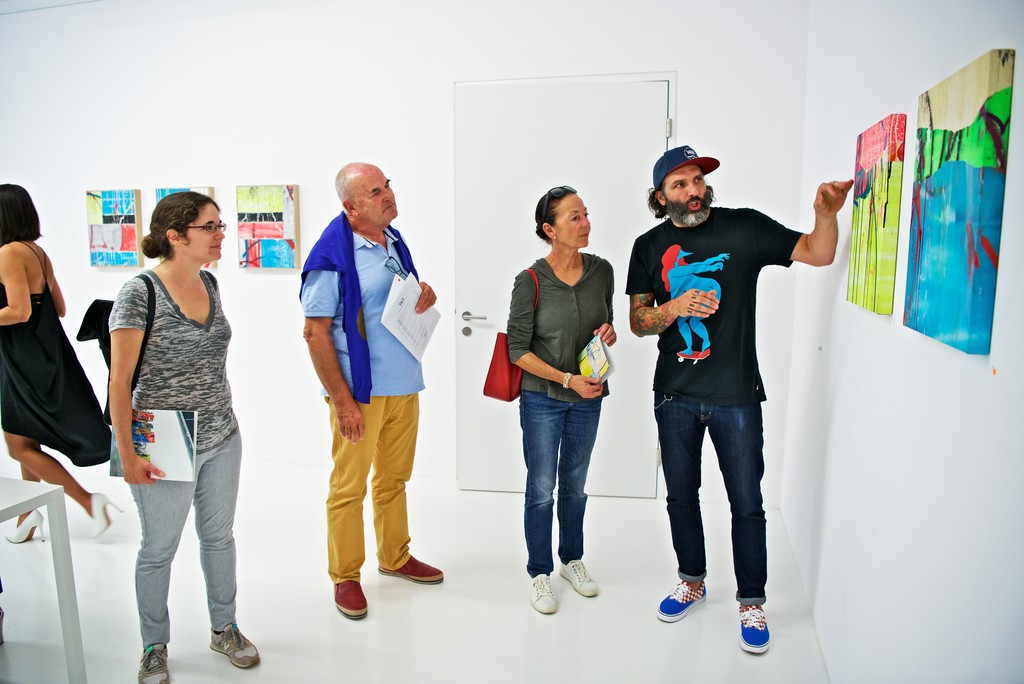 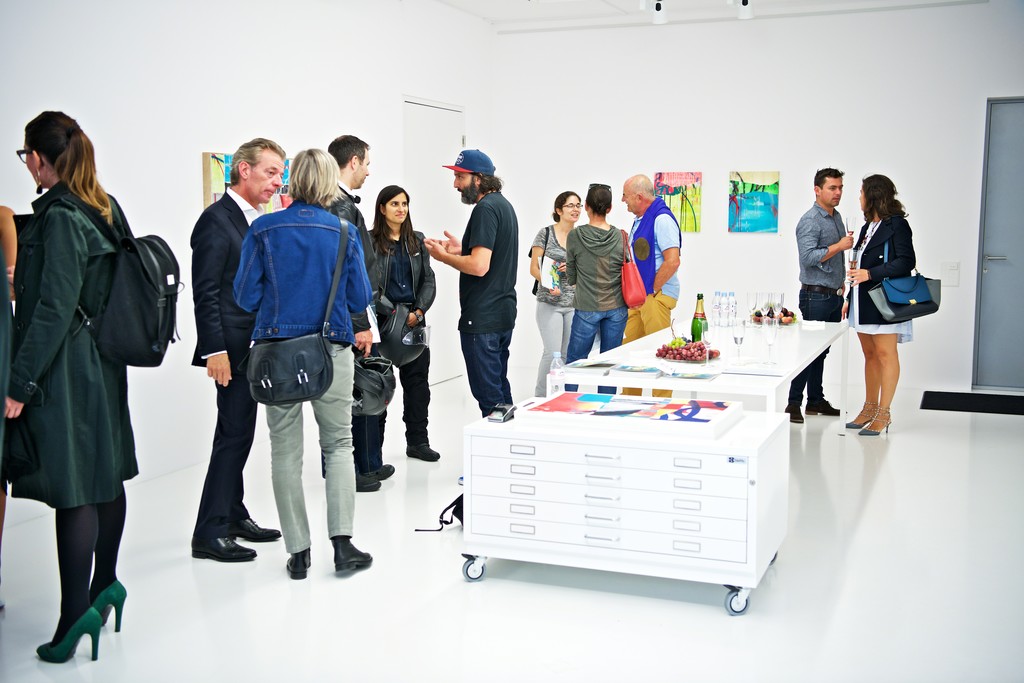 „The heritage of graffiti is the essence of my anti-aesthetic approach.“ - Tilt, 2017.
Transience, chaos and gestural traces of urban environment are portrayed in Tilt’s new body of
work. He dedicated himself to a very pure and anti-aesthetic approach, which makes graffiti
writing so unique and intriguing. Layers of paint, spray paint and markers constitute a certain
depth and intricacy in his works. Rough designed and impulsive scratched surfaces
commemorate primitive caveman markings and drawings on walls to assert human existence
across time. In Tilt’s new pieces graffiti writing is represented layer by layer, parallel to the
organic sedimentation process. This compelling approach evokes an aesthetic of urban history
and outer environments inside a gallery. Within his altered practice he focuses on the beauty of
tagging, dripping, as well as transience. In deconstructing subcultural and semiotic codes, Tilt
plays with the decontextualization of writing, textures and intensity. The compositional layers are
sensibly chosen in its colors and dynamics, in order to create a piece of deconstruction,
disintegration and juxtaposition. The heavy heritage of the graffiti tradition is used as a tool to
evoke a representation or memory of a rebellious as well as anarchic act of a past era of
subculture. The new pieces of art constitute a synthesis between exertion and interior spaces.
Anti-aesthetic excerpts from the urban sphere have been rearranged and made accessible for a
commercial audience.
Tilt is an recognized and traditional graffiti artist, originating from Toulouse in the South of
France. In the 1980ies he discovered the graffiti movement and some important books such as,
Spraycan Art as well as Subway Art, which had great impact on him. Interestingly Tilt leaves his
mark, in form of a throw up, wherever he travels. His mark was already left in 55 countries such
as the U.S.A, Hong Kong, Japan, Mexico, Thailand, Australia, New Zealand, Laos, Taiwan,
China, Canada, Philippines, Indonesia, and more than a dozen countries throughout Europe.
We cordially invite you to the opening on September 7 from 6pm on. The exhibition runs
from September 7 to October 7, 2017 at the Kolly Gallery in Zurich.