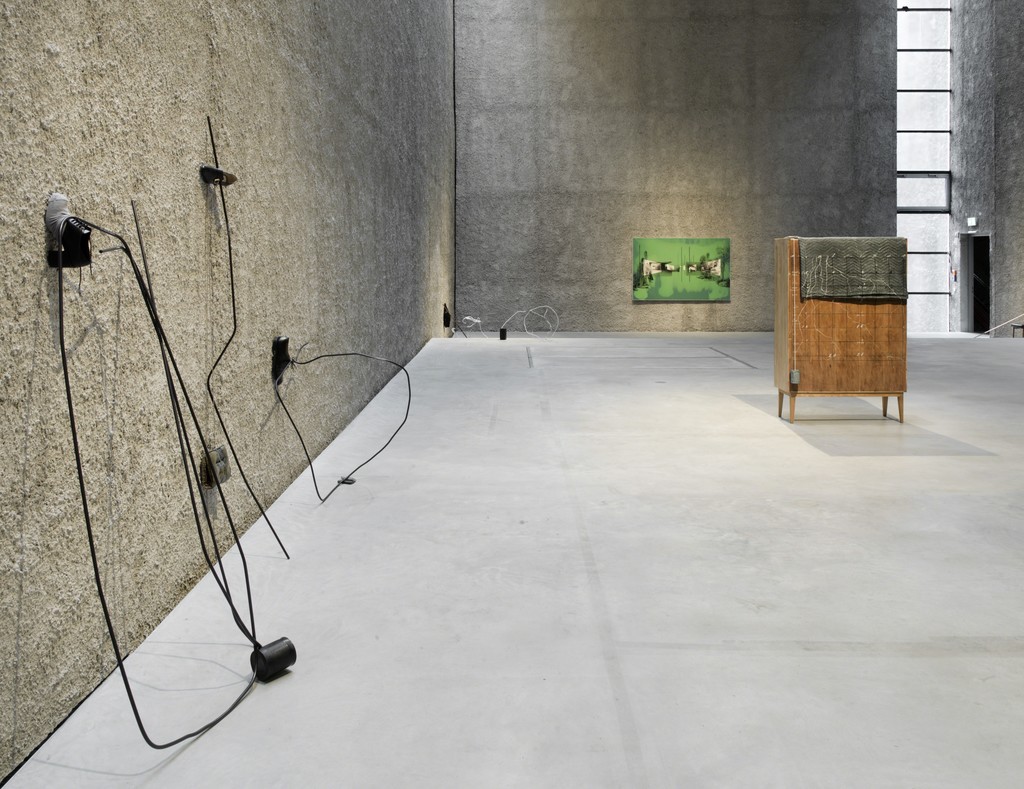 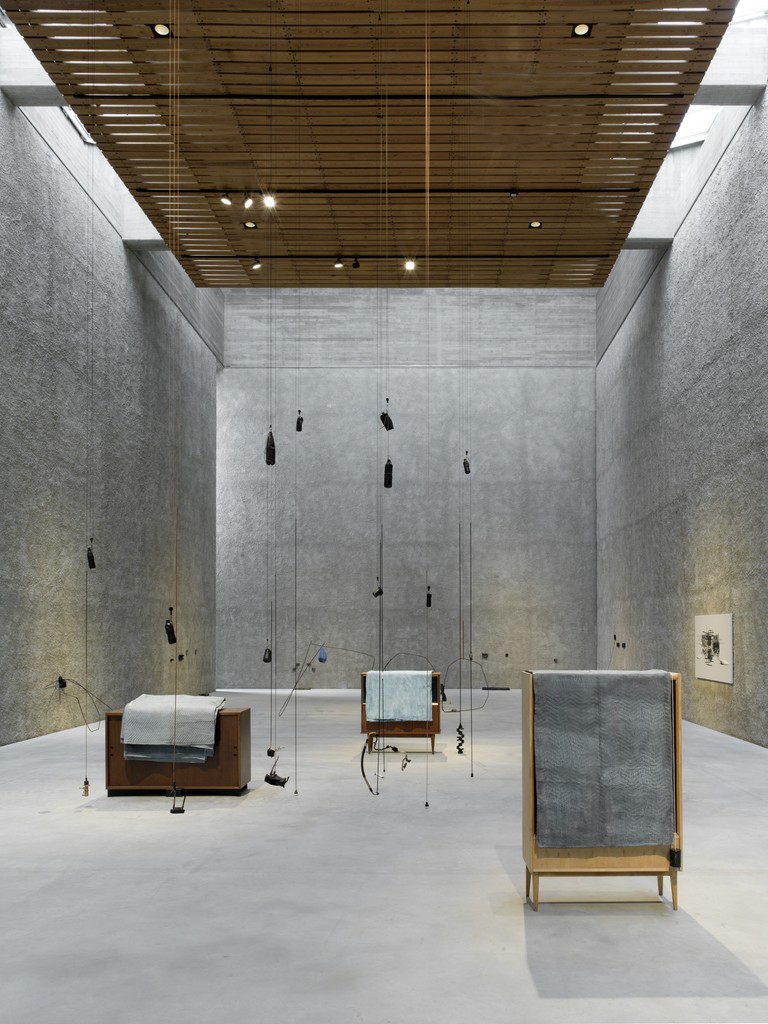 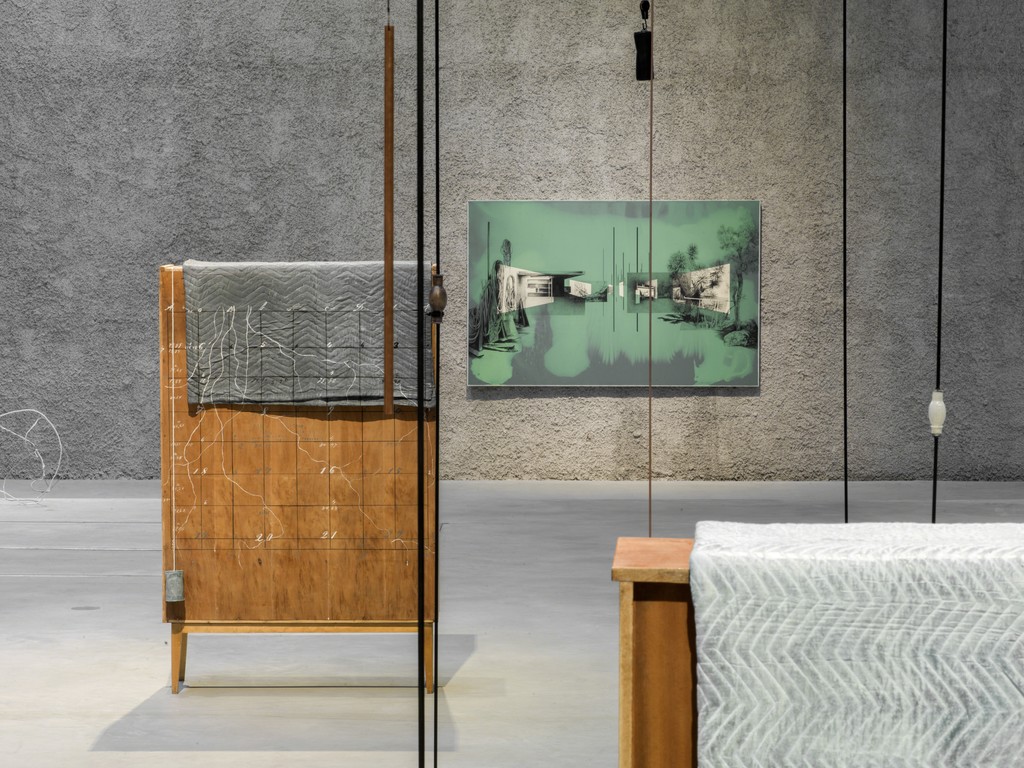 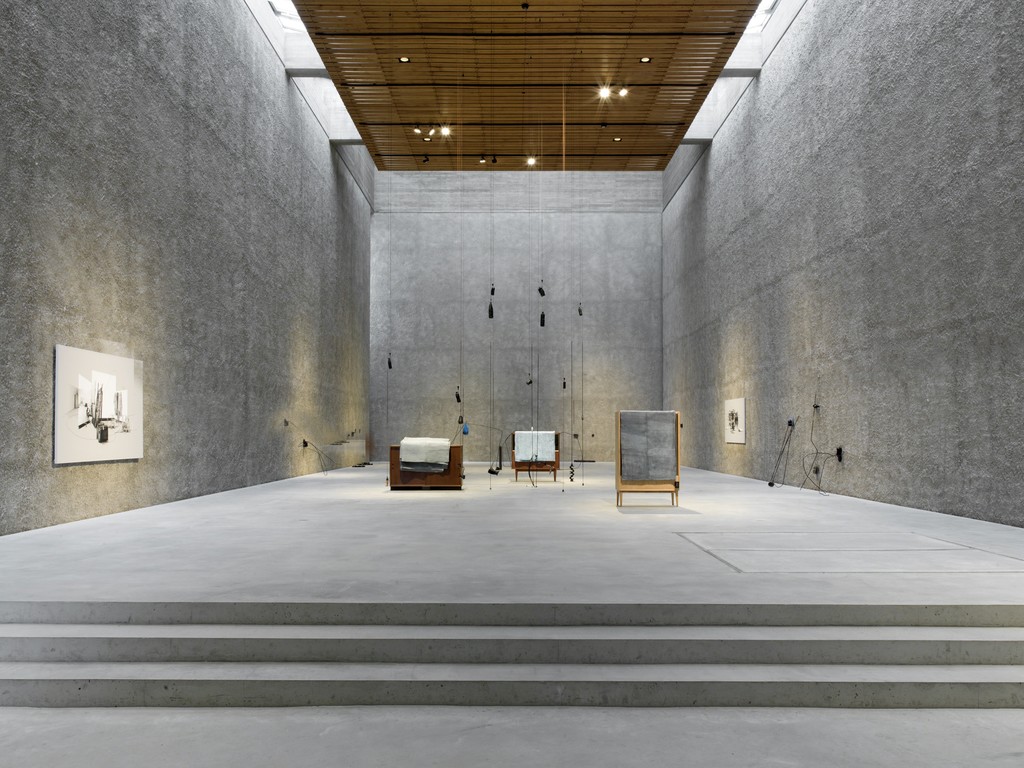 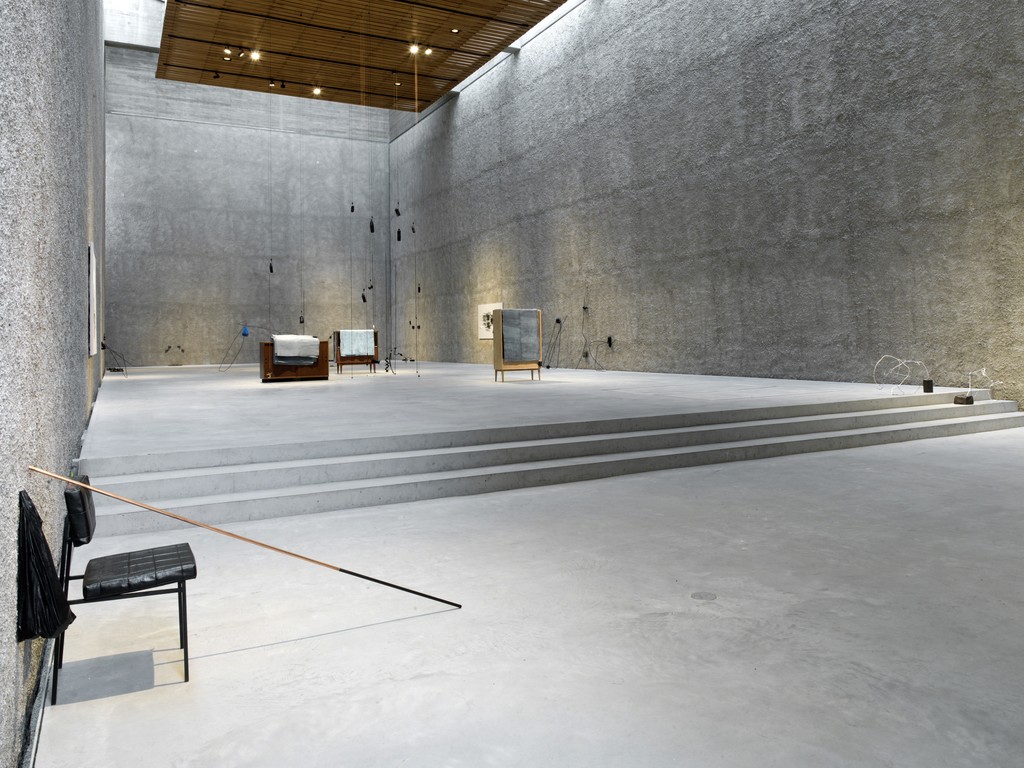 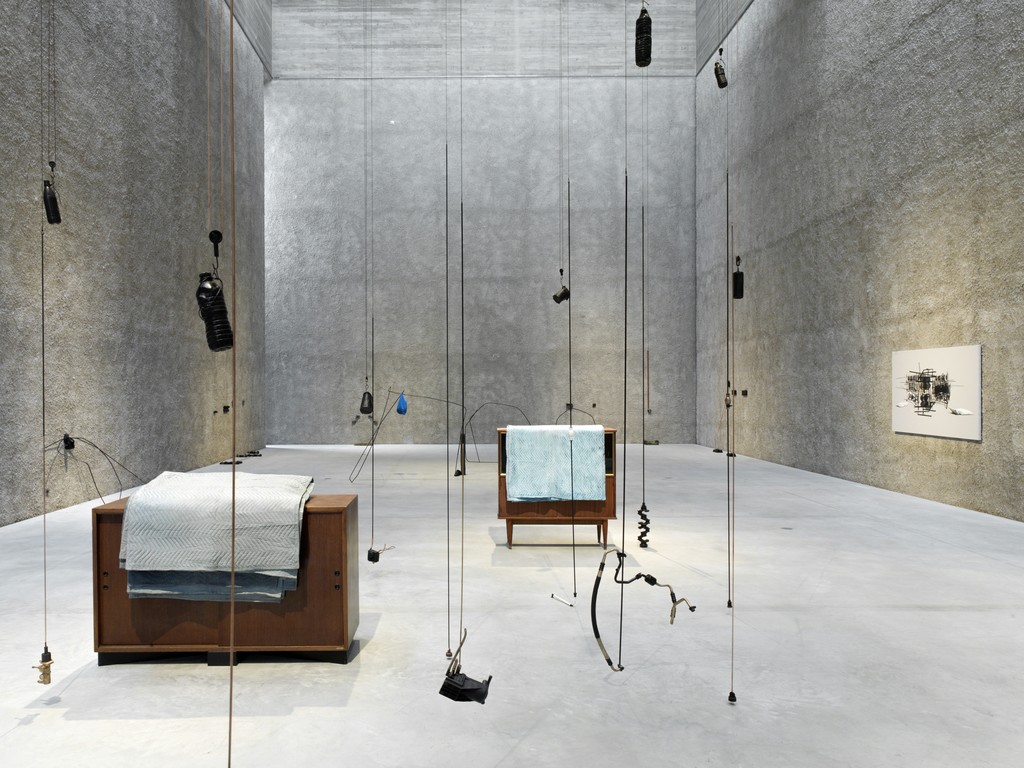 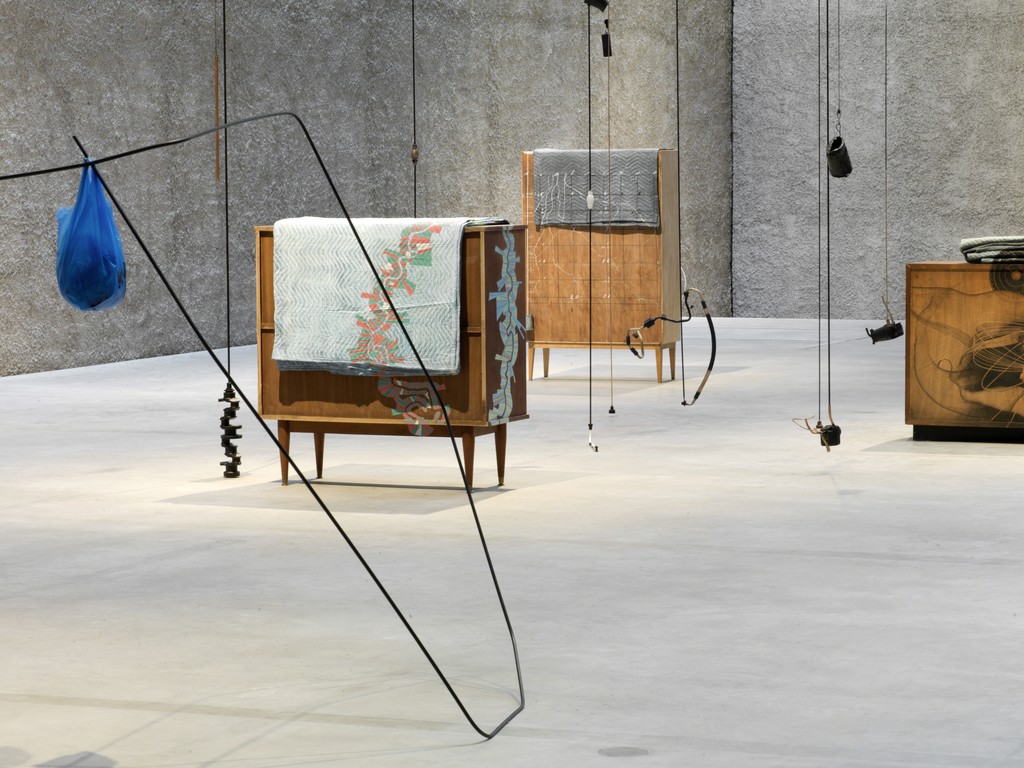 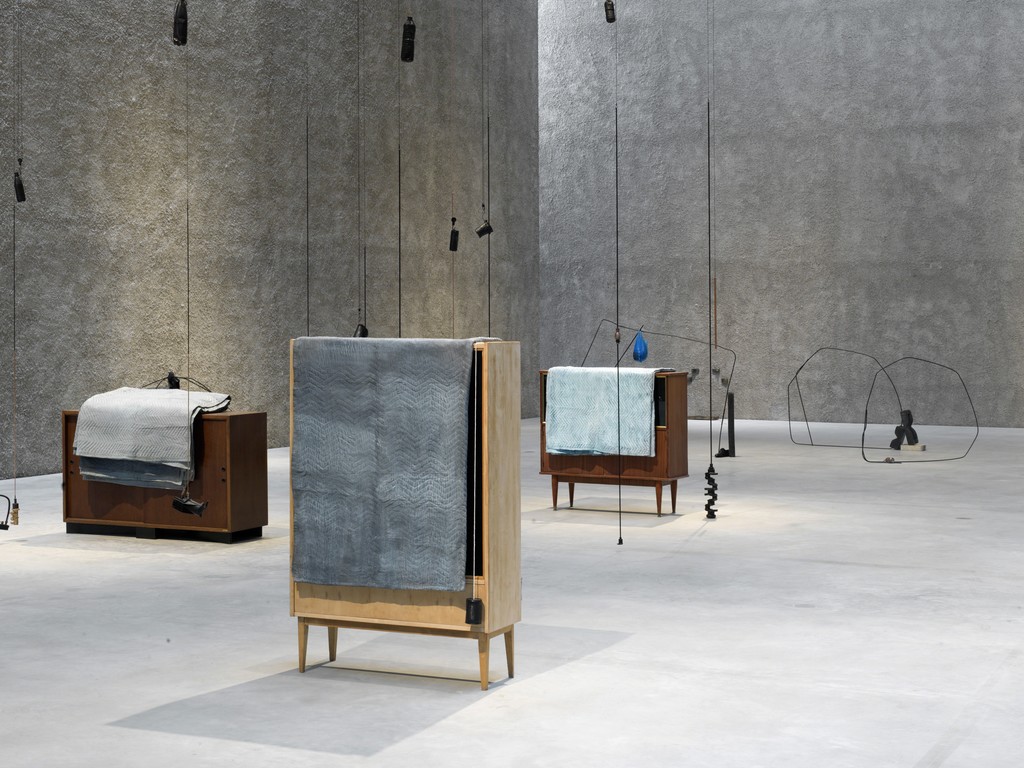 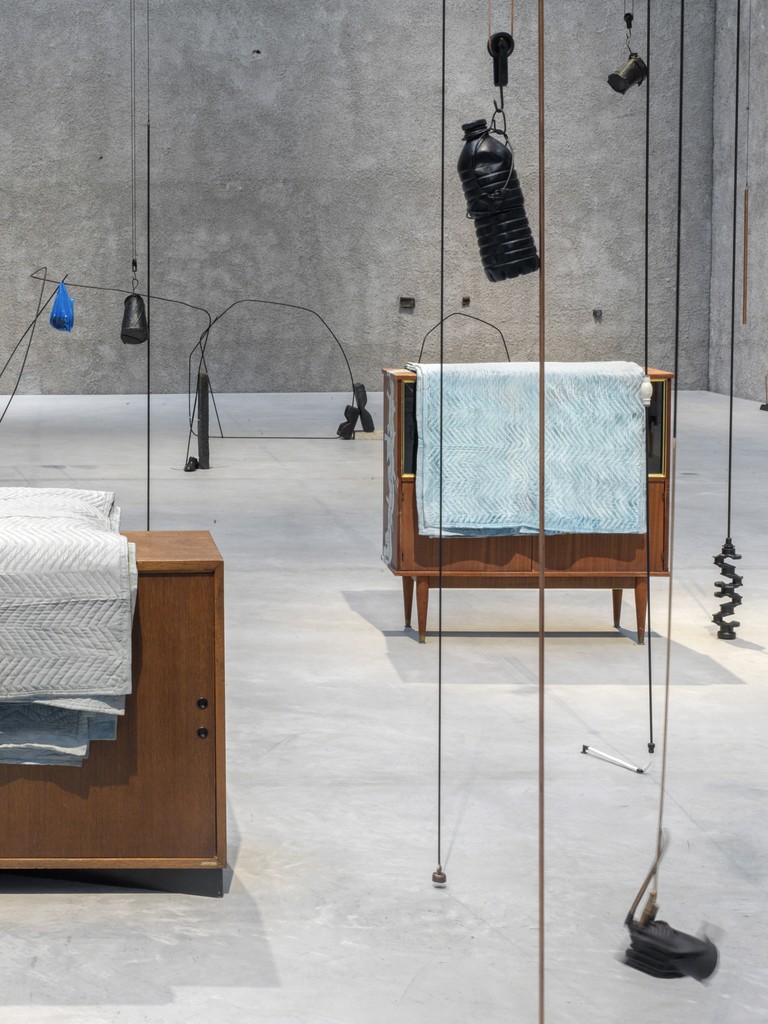 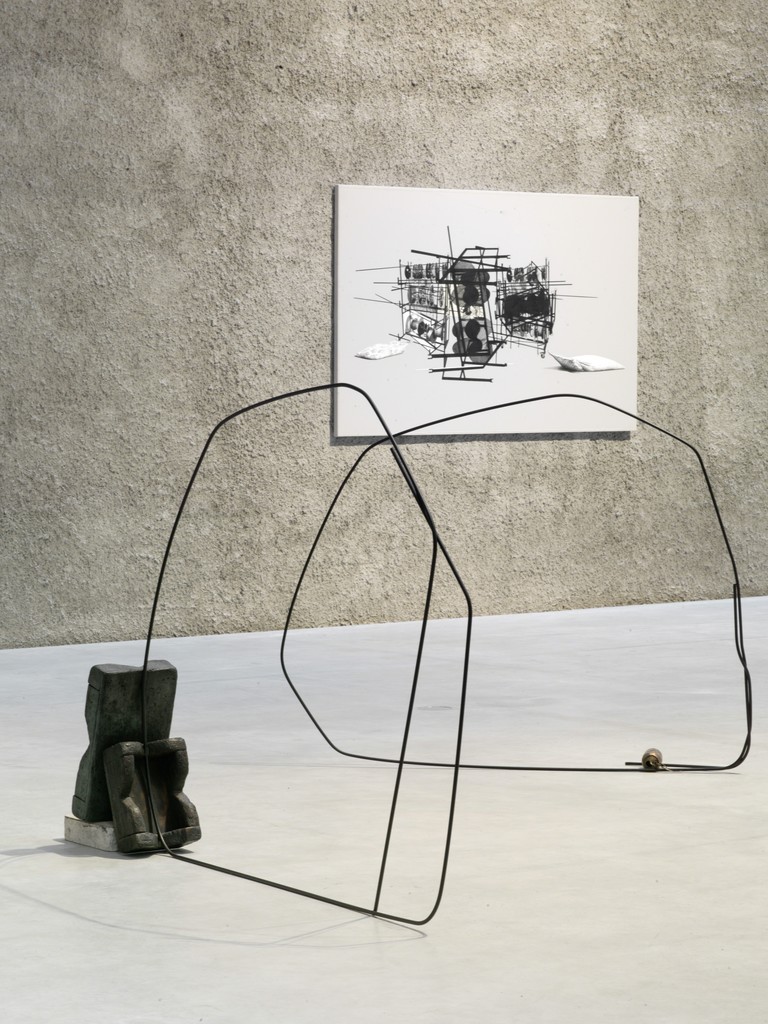 A Laboratory of Time

For her second exhibition at KÖNIG GALERIE, Tatiana Trouvé has created new works which can be divided into three groups. Cosmos consists of three pieces of furniture covered with bronze blankets, on whose backs cosmologies are drawn, traced and written. These objects combine multiple realities: the triviality of worn pieces of industrial furniture and cartography, watercourse drawings and diagrams of cosmic or natural systems, historical and climatic phenomena and topologies of dreams. Their status is transient, like that of stored objects. But the spaces composed here are transitional: the shifts occurring here involve the transformation of materials, the layering of space and time, of orders and representations, of scales and dimensions, of cultures and systems of thought. These Cosmos works are fragmented and unstable.

Wires and lines are the means, for Tatiana Trouvé, of constructing and writing space, as implied in the group of works Wander Lines. Their metal rods retrace pathways associated with dates and places but also with statements (‘Infinite Detour’, ‘From here to now’), linking these forms to reflections that subtly echo the topographies invented by Fernand Deligny during his observations of children with autism. The vertical rods and wires in Equivalences are, for their part, components of a system that connects a weight (a mechanical and industrial element) and its counterweight (a container, bottle or vessel) through a pulley. However, the counterweight, in order to hold the suspended weight, must be two and a half times heavier: the equivalence is played unequally, that is to say, by jeopardising the principle of equality. Fragmentation, suspension, layering, equivalence and echo… are ways of holding elements together, but also designate modes of apprehending time. In this unique entanglement, what is played out by Tatiana Trouvé is the invention of worlds.

As Tatiana Trouvé pointed out at the conclusion of a recent interview, ‘(…) I don't think art either asks questions or provides answers. I think art bewilders; in other words, it invites us to think differently, by shifting around our references.’ In line with this approach, one can consider the artistic work through the prism of the disorientation here expressed, promoting alternative ways of perception, i.e. other ways to connect to the world and to the people, things and symbols that populate it, by granting them new modes of existence and new regimes of intensity. It will be the task of the exhibition to organise the coexistence of these elements as well as their implementation into experience: the knowledge of these connections is the second line of approach that animates the work of Tatiana Trouvé. It is based on a central rule of construction, namely that it is from things that the formation of an Umwelt, as a world of its own, originates. In this floating world, where spaces and times overlap, we must orient ourselves and, practising the exercise of seeing, weave connections of wandering and of thinking, “From Alexandrinenstrasse to the Unnamed Path”, as the title of the exhibition says.