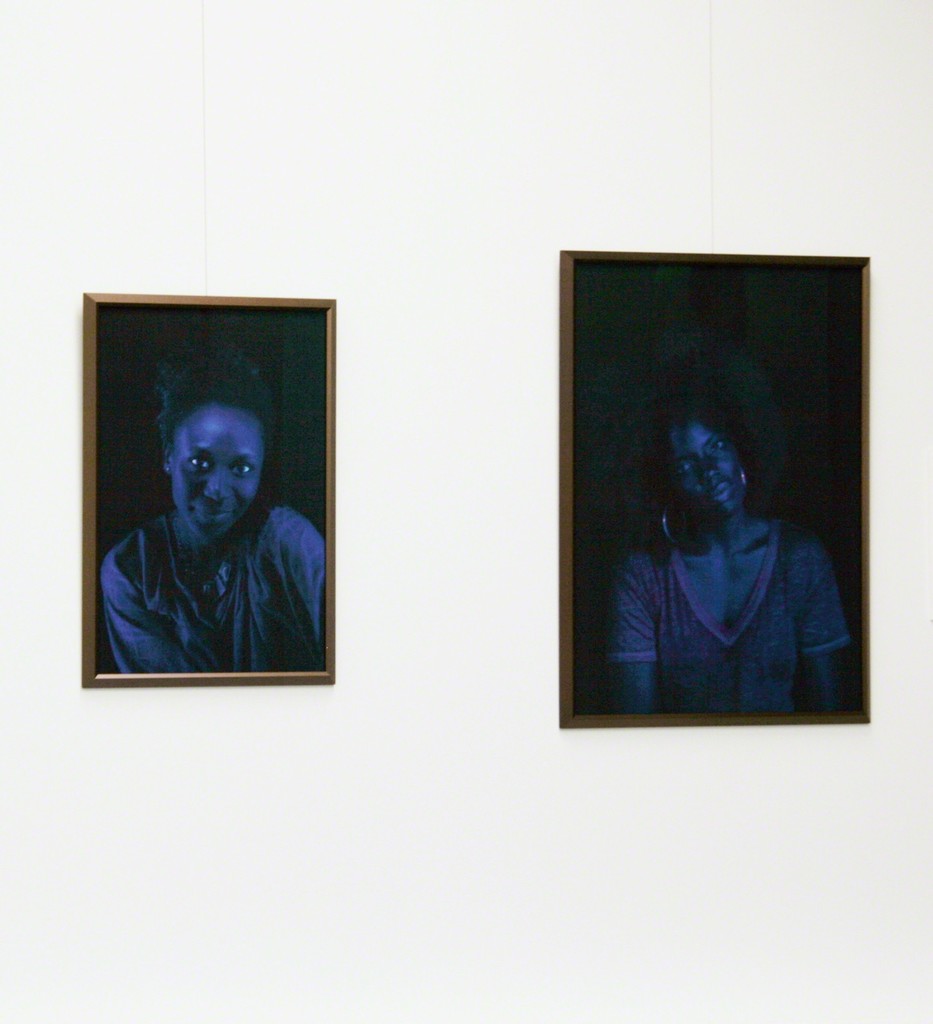 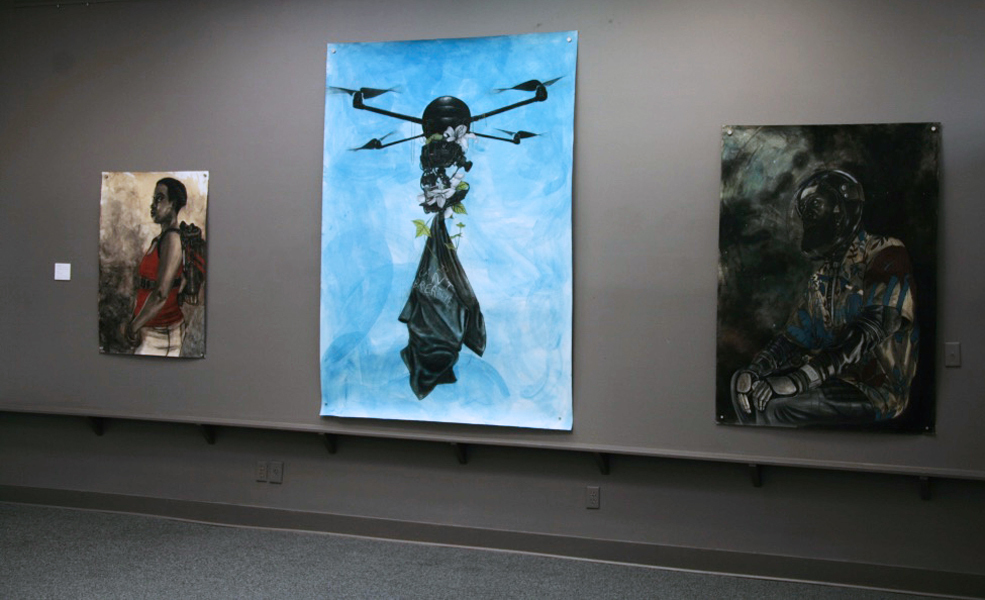 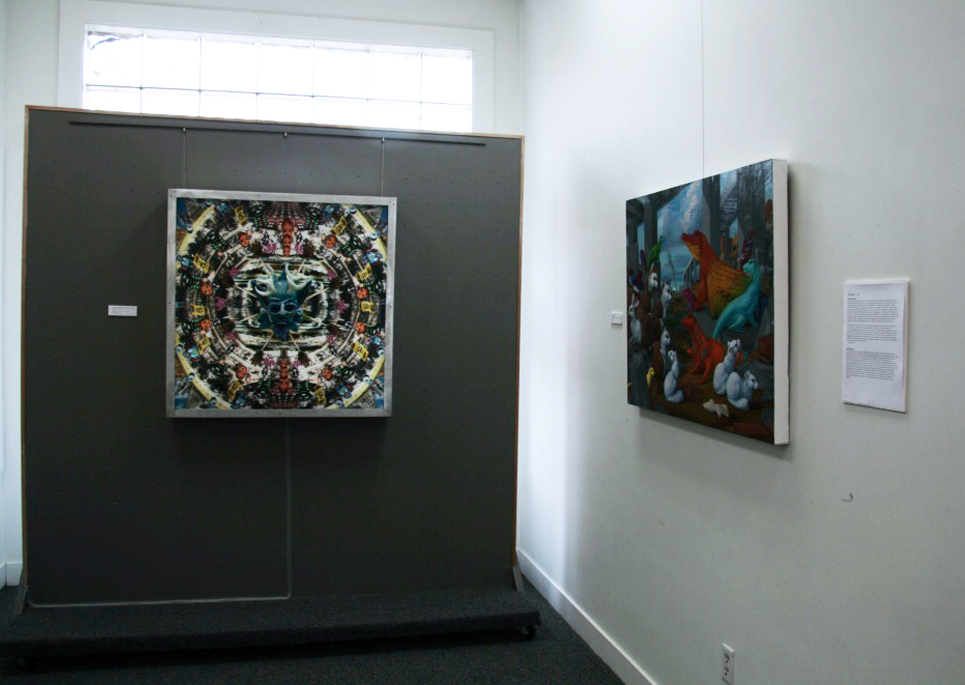 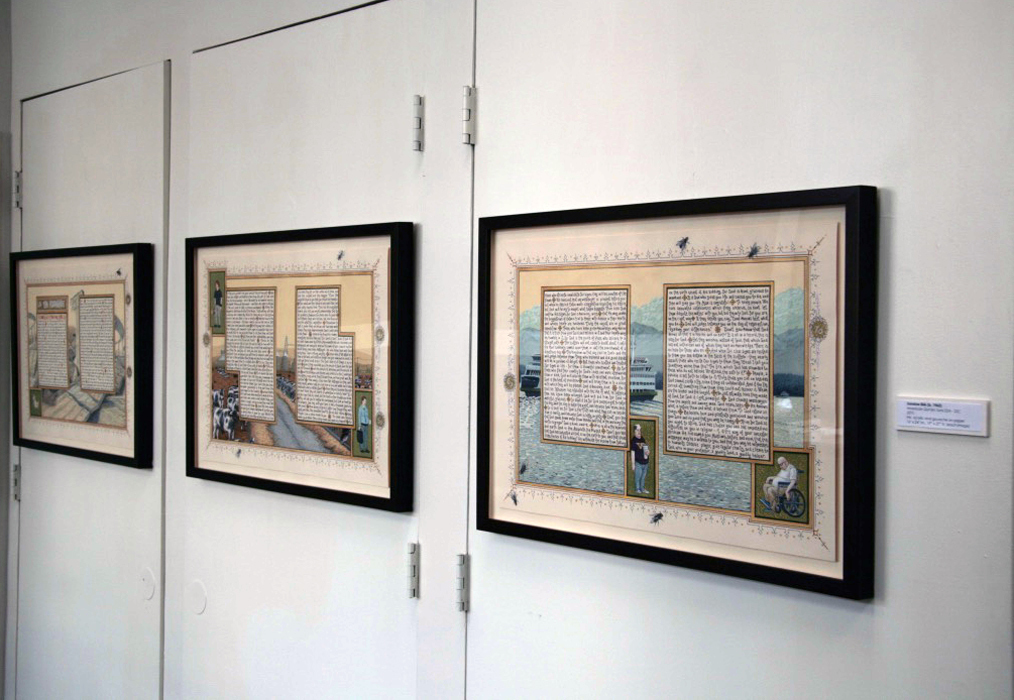 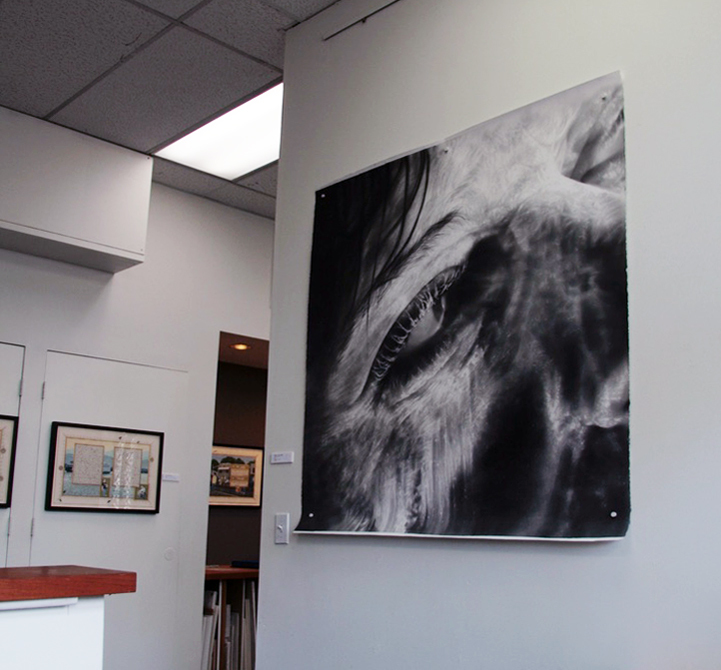 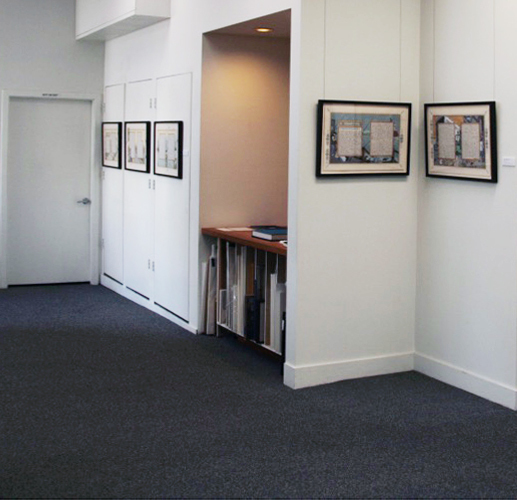 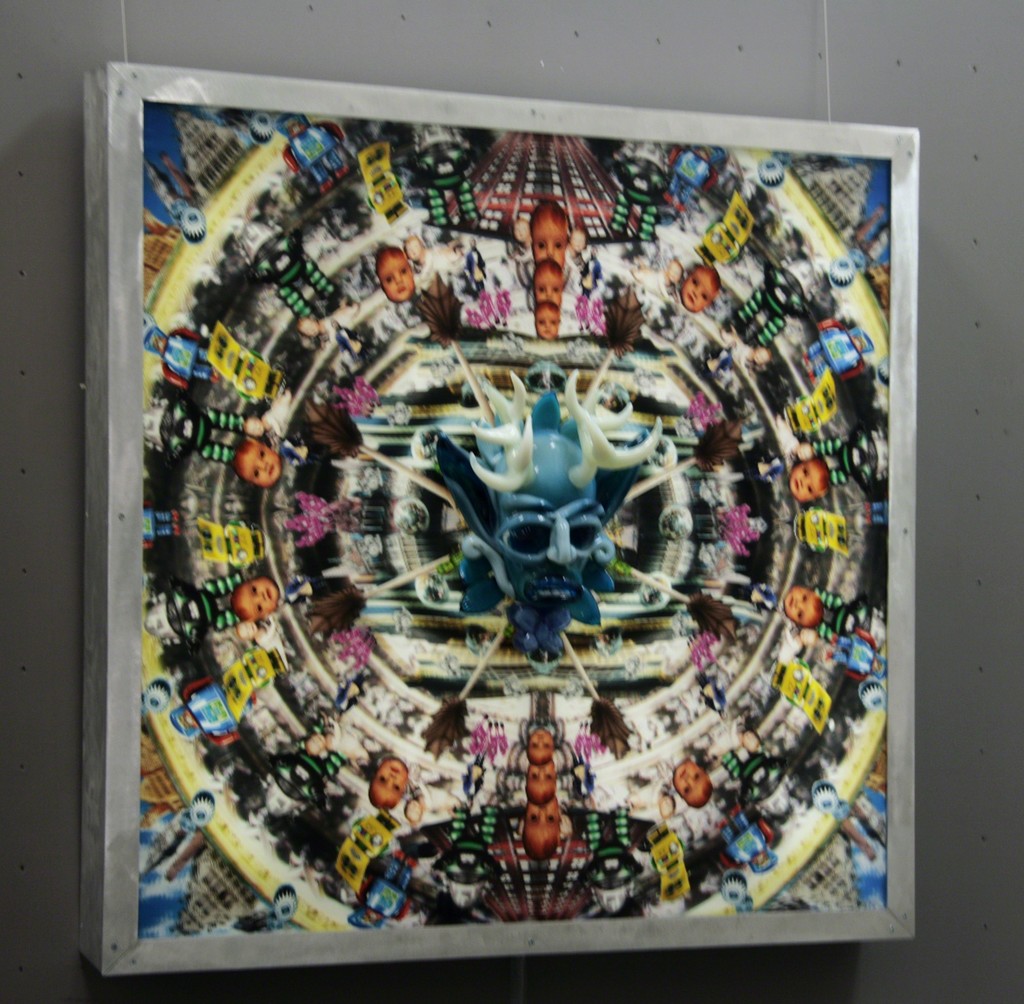 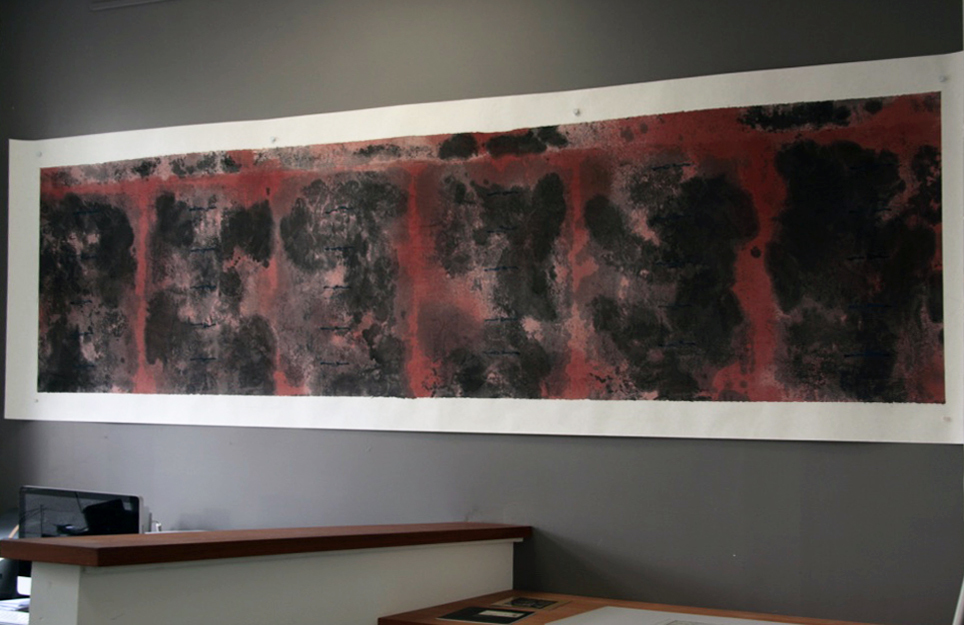 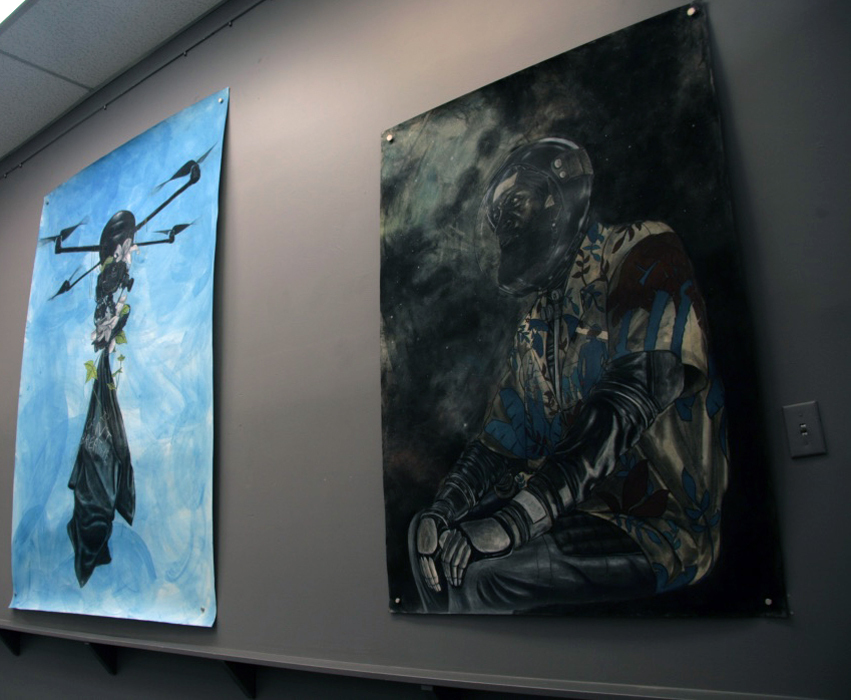 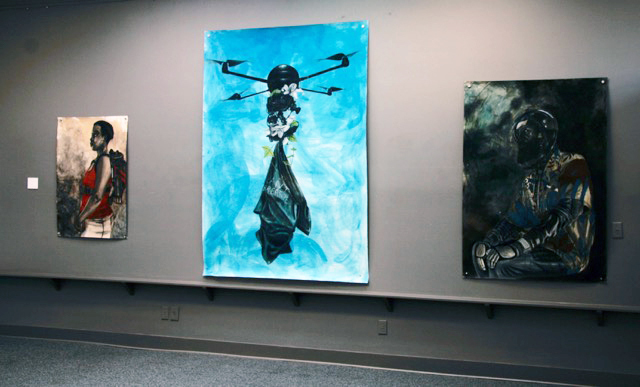 I approach a piece of artwork as a visual artifact that reflects a specific point in history. The conversation the artwork generates is important. For me, the voice that resonates and lingers makes for the most memorable artwork.
– Eleana Del Rio

IDENTITY- A Visual Artifact is the first of a series of three exhibitions, each featuring a select group of long-time Koplin Del Rio (KDR) gallery artists. As KDR transitions its footprint to the Pacific Northwest, the exhibitions will unveil the gallery’s distinct identity and unique visual program through the artists it represents. These artists produce work that taps into the pulse of our current point in history in order to examine identity on multiple levels—self, community and nation.

In thinking about this show I asked myself: In 100 years, who will define this point in our history?

I feel artists are most sensitive to their environs and at the same time compelled to express themselves through their art. Thus, providing us with a permanent record (artifact) that reflects on the complexities of life’s experiences.
– Eleana Del Rio

Sandow Birk (b. 1962) – Los Angeles artist Sandow Birk has been exhibiting with Koplin Del Rio since 1993. KDR has exhibited his signature series: In Smog and Thunder – Historical Works from The War of the Californias, Incarcerated, and Dante’s Inferno. Birk’s recent and most ambitious project to date is the American Qur’an, which debuted at Koplin Del Rio in Culver City in 2009 with subsequent exhibitions in 2011 and 2014 as the series was completed. The whole body of work, which includes over 200 paintings, is currently on view at the Orange County Museum of Art, Newport Beach, CA continuing through February 28, 2016. In the American Qur’an the artist hand-transcribed a copyright English translation of the entire text of Qur’an against a painted backdrop of everyday American life. Original paintings from the American Qur’an will be featured in IDENTITY, along with the newly released book published by W.W. Norton & Company, NY (2015) containing reproductions of all 114 suras completed by Birk.

Melissa Cooke (b. 1982) – Minneapolis artist Melissa Cooke has exhibited with KDR since 2009. Cooke specializes in drawing with powdered graphite on paper applied with a dry brush. This work as well as her staged photography and performance pieces springs from her reflections on self-identity. She often works in series, with psychologically charged self-portraits exploring themes of: gender, fantasy, repressed darkness, sexuality, alter egos and relationships. In Cooke’s most recent series, No Place Like Home, the artist layers images—of discarded debris, lost items, and graffiti for example—which suggest the presence of people without depicting the actual people. The exhibition IDENTITY will feature examples from this recent series as well as earlier works from Plunge and Surfaced.

Einar and Jamex de la Torre (b. 1960 & 1963) – Presently living and working concurrently in Ensenada, Mexico, and San Diego, California, the brothers have been exhibiting at Koplin Del Rio since 2004. They are self described as having developed a unique visual vocabulary called “post identity” which is comprised of disparate art mediums, including found objects, dollar-store items, hand-blown glass sculpture and resin castings created in a wide array of wall, pedestal and installation formats. In the past decade their complex fusion of manipulated images have been executed in a lenticular photographic process. The lenticular platform enables them to push to the limits the Baroque visual appeal of their work in which the sacred and profane collide with the aesthetics of both esoteric and pop cultures. Within this motley brew their background embodies the fusion of indigenous and cultural heritages from Eastern and Western civilizations that make up our current global society. On view in IDENTITY are two recent lenticular works and an example of their collaborative glasswork.

Laurie Hogin (b. 1963) – Chicago artist Laurie Hogin has exhibited with Koplin Del Rio since 1998. Hogin’s work explores both the physiological and psychological aspects of our deepest emotions - love, pleasure, desire, attraction, anger and grief – as well as obsession and addiction. For Hogin these aspects of human experience and identity reflect the interplay of evolutionary biology and language. Her intricate narrative oil paintings are based in the history of allegorical painting, nature and animals as ‘stand -ins’ for the human race. Hogin will exhibit paintings from her most recent series “Action at a Distance” which refers to the phenomenon described in physics wherein objects separated by space nevertheless interact without any apparent mediating physical or mechanical agent. The works in IDENTITY are intended to engage the viewer playfully, humorously and critically. Hogin draws the viewer in by using color, graphics, by-lines, etc., familiar to her audience through their exposure to cinema, consumer advertising, fashion, retail and museum display.

Zhi Lin (b. 1959)- Born in Nanjing, Jiangsu Province, China, Lin studied at the China National Academy of Fine Arts where he studied traditional Chinese painting. Later he attended Slade School of Fine Art where he studied traditional Western painting. He has exhibited with Koplin Del Rio Gallery since 2001. Lin’s works are simultaneously shaped by the political strife he witnessed in China during his training and his experiences as an immigrant, since settling in the US, (he currently lives and works in Seattle, WA). His best-known works based on historical events are a depiction of the history of cruelty and torture. His latest series focuses on the building of the Transcontinental Railroads and the memories lost and the sacrifices made by the Chinese laborers who did the building. His larger content parallels the struggles and lost memories of immigrants from all backgrounds. A selection of works from Invisible, Unwelcomed People will be featured in IDENTITY.

Kerry James Marshall (b. 1955) Koplin Del Rio has represented the works of this renowned artist since 1983. Marshall grew up in South Central Los Angeles, studied at Otis Art Institute and currently lives in Chicago, IL. During his informative years in Watts, Los Angeles, the Black Power and Civil Rights movements made a significant impression early in his art career. During this time he developed his signature “black on black figures” style reflecting racial stereotypes in historical and contemporary American society. In the current work he explores black identity through the lens of familiar art historical themes and subject matter. With bold and clear pictorial assurance, Marshall’s artwork comments on how historically the lives and contributions of African Americans have been both overlooked and undervalued. IDENTITY will feature a suite of recent photographic portraits staged under black light from his Black Beauty series.

Robert Pruitt (b. 1975) Koplin Del Rio has represented this native Houston artist
since 2009. In his drawings, Pruitt relies on imagery stemming from his ongoing interest in science fiction, comic books, and hip-hop culture, as well as images of historical relevance depicting past and present political and social struggles in the United States. Pruitt’s drawings consist primarily of large portraits on hand-dyed paper executed in conté crayon and other dry mediums. In the figurative works, he explores the complexities of black identity. IDENTITY will feature a selection of new drawings from his recent solo exhibition titled Flight Risk at KDR in November 2015.

In the artist’s words:
“‘Flight Risk’ takes as its departure rumination on escape, specifically melding themes common to my work: back-to-Africa ideologies and mothership-escape mythologies. My work implies a cosmology in which technology intersects with Human, Nature and Spirit – all this centered on the Black psychological liberation.”