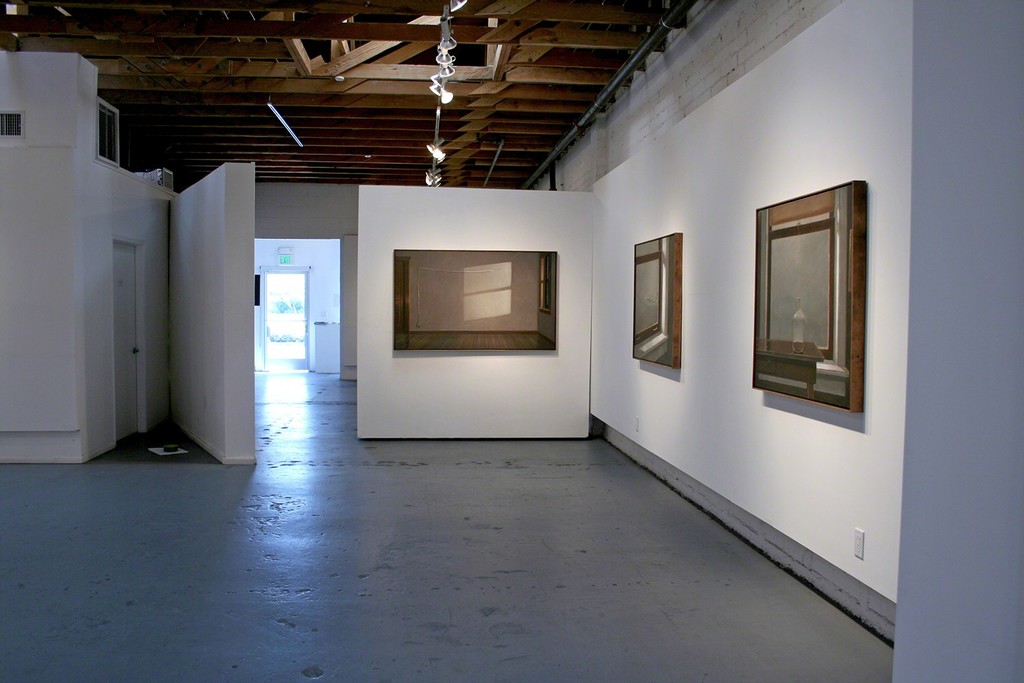 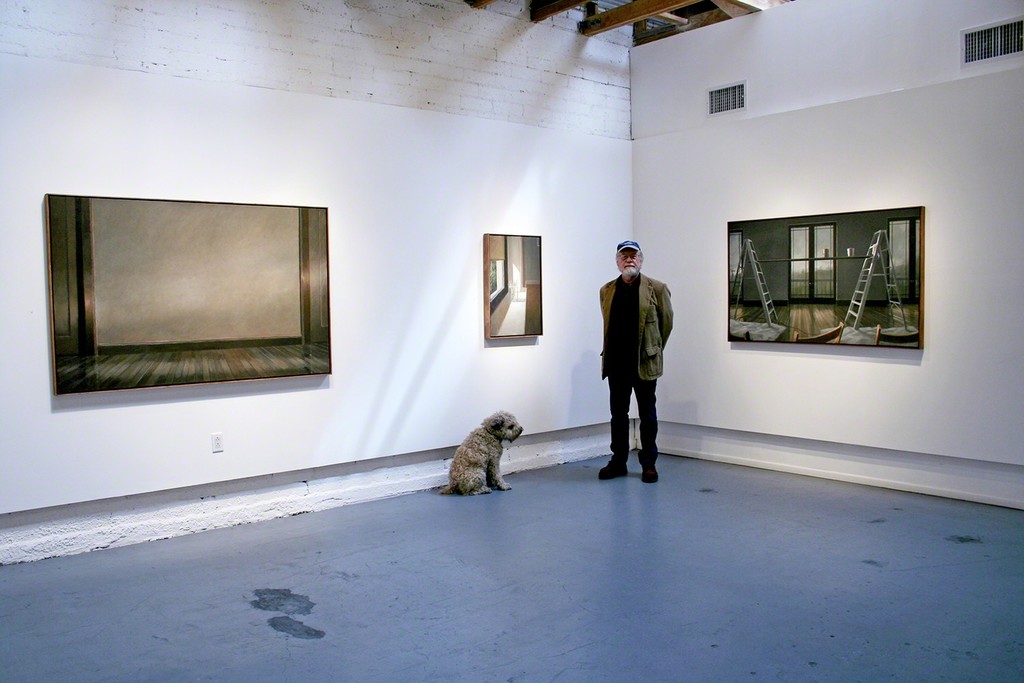 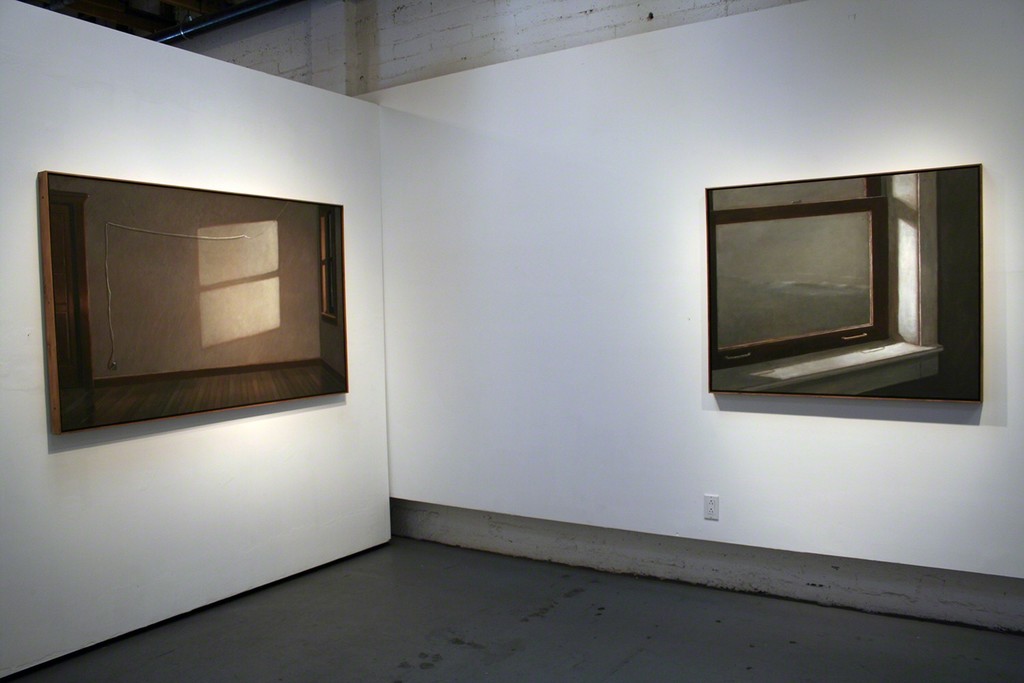 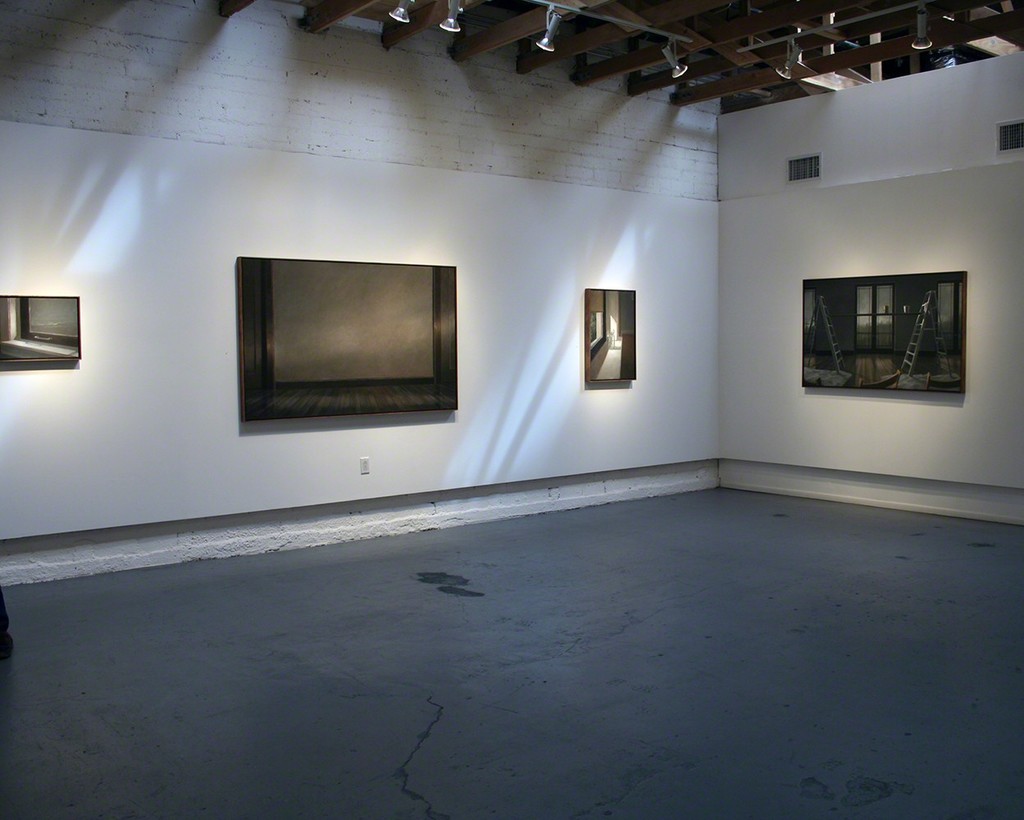 Koplin Del Rio is pleased to announce its fourth exhibition of new paintings by Norman Lundin.

It is not so much what is present, but what is not that gives paintings by Norman Lundin their subtle presence. In The Frozen Lake Incident, lone containers (a cup, a bowl, a coffee pot) litter a minimal place setting as objects left behind. They imply human presence and possibly interaction. An equally sparse landscape lay just outside a window beyond the still life, bereft of wildlife the focus of the work is a play of brilliant light across a swatch of snow. The overall scene from interior to exterior breathes life, while literally lacking it. The scenes created by Lundin are intended to evoke varying responses in viewers, intentionally generic objects and vast horizons leave interpretation open and ultimately become secondary to the formal composition itself. Influenced by early 20th Century Scandinavian painters such as Vilhelm Hammershoi, Lundin’s sparse arrangements of objects in his Seattle studio are painted with long shadows and subtle tones that reflect the city’s ominous skies and diffused sunlight, leading to a restrained expressive presence. Subtle associations of colors slow down the pace of looking to establish a meditative mood and encourage contemplation.

Interiors and landscapes have been recurring themes in Lundin’s work during the nearly four decades he has been exhibiting. In recent years, the artist has begun to marry the two in compositions that involve classical form of representational expression. By placing a vista outside of an industrial window, with a still life in the foreground, Lundin is describing the play between the formal aspects of volume in space and the organic with expressionistic elements of a landscape.

Norman Lundin was born in Los Angeles in 1938. He received his bachelor’s degree from The School of the Art Institute of Chicago and MFA from the University of Cincinnati then did postgraduate research at the University of Oslo. He has received numerous prestigious awards, including grants from the Fulbright, The Ford Foundation, and the Tiffany Foundation, as well as fellowships from the NEA and the Washington State Council on the Arts. A longtime resident of Seattle, Lundin’s work is in many important collections, including the Museum of Modern Art, the Brooklyn Museum, The Art Institute of Chicago, the Fine Arts Museums of San Francisco, and the Seattle Art Museum, among others. Lundin is currently a Professor Emeritus at the University of Washington.