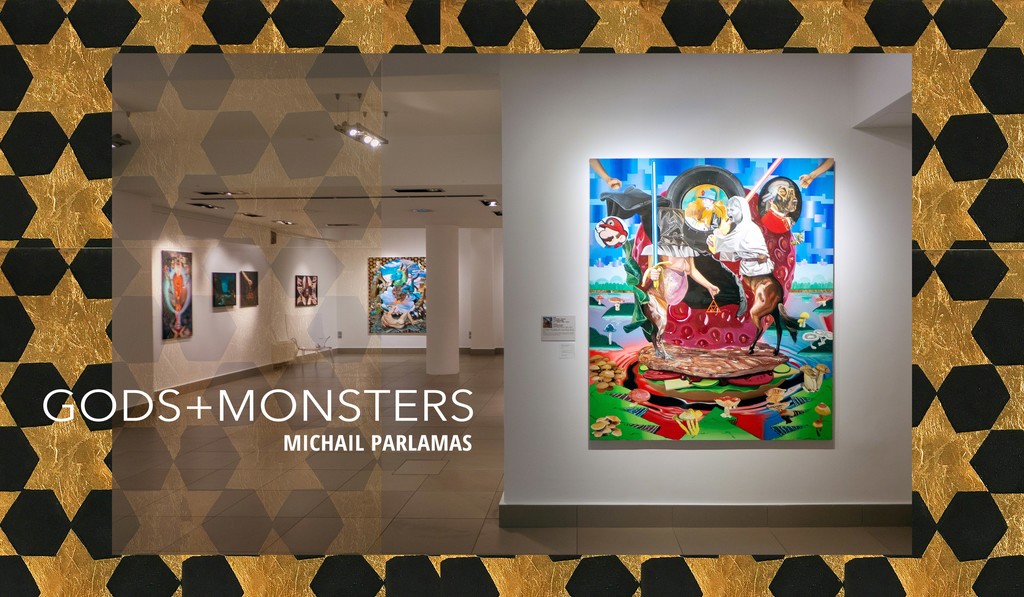 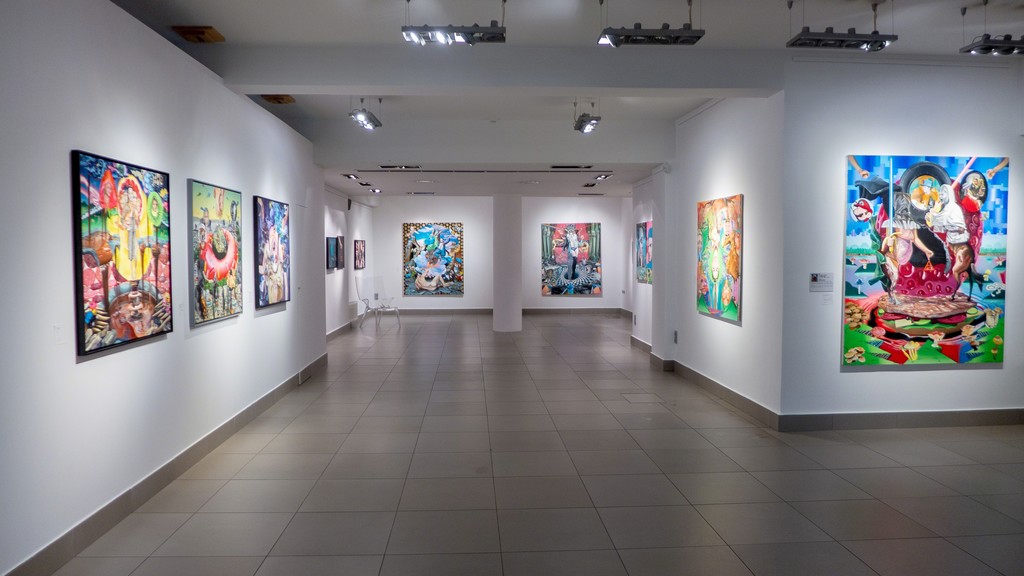 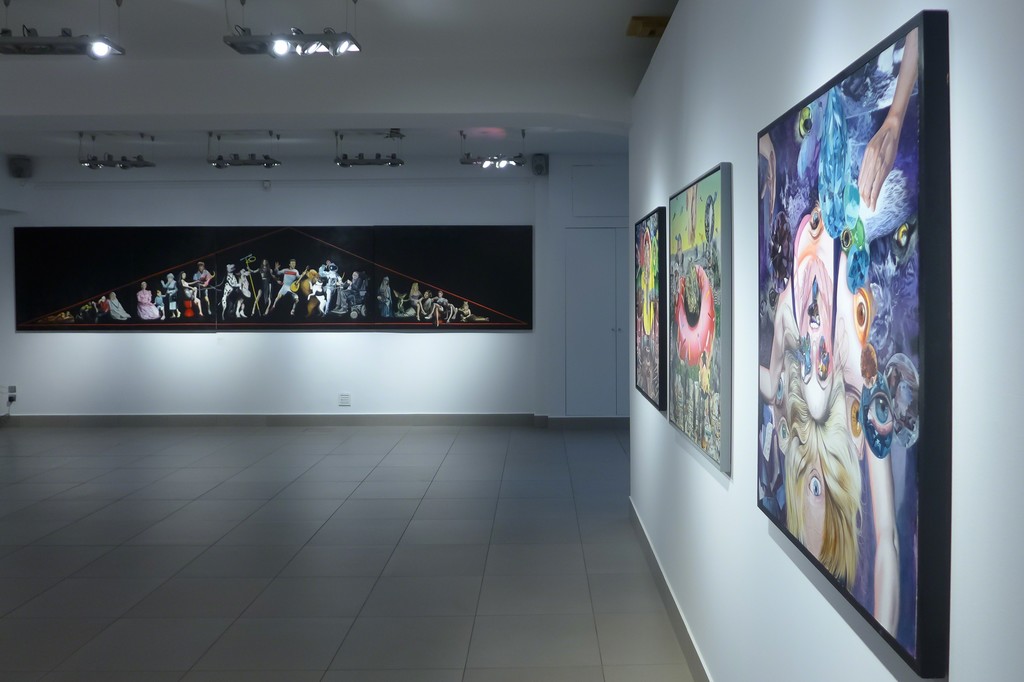 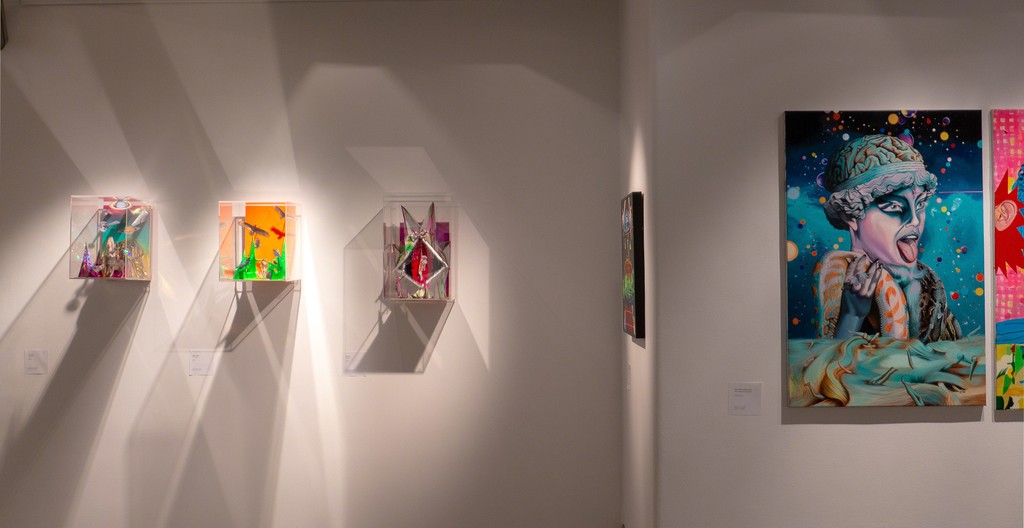 The paintings of Michail Parlamas are an immersion into an undefined and remote universe. His world, sometimes clear and bright and sometimes dangerous and dark, is autonomous. It functions with his own rhythm, without conventional rules and formalities. Parlamas, being inspired by elements of different civilizations, artistic movements and historical periods, creates suffocating canvases: at first glance a peculiar “horror vacui” gives a philosophical dimension to his work, forcing the viewer to go deeper.
Despite a comprehensive first impression, thanks to the representational aspects of the paintings, his reality is very different. Behind the dynamic of the surface, multiple levels are processed, which precede the completion of his work, of course not always easy to perceive. By analysing the work of Parlamas we could identify three main levels that define it.
First of all, there is the power of the first impression. This, together with the power of colour, and the Artist’s drawing skills, manages to impress and impose itself. Secondly, the heterogeneous symbols, sometimes obvious and sometimes occult, introduce the viewer into a magical or perhaps mystical world. At last, the vigorous combination created between the image and the symbol, the surface and the depth, the reality and the imagination, initially complicate the understanding of the painting. However it ultimately give to the viewer the possibility of finding his own conscious or unconscious affinities.