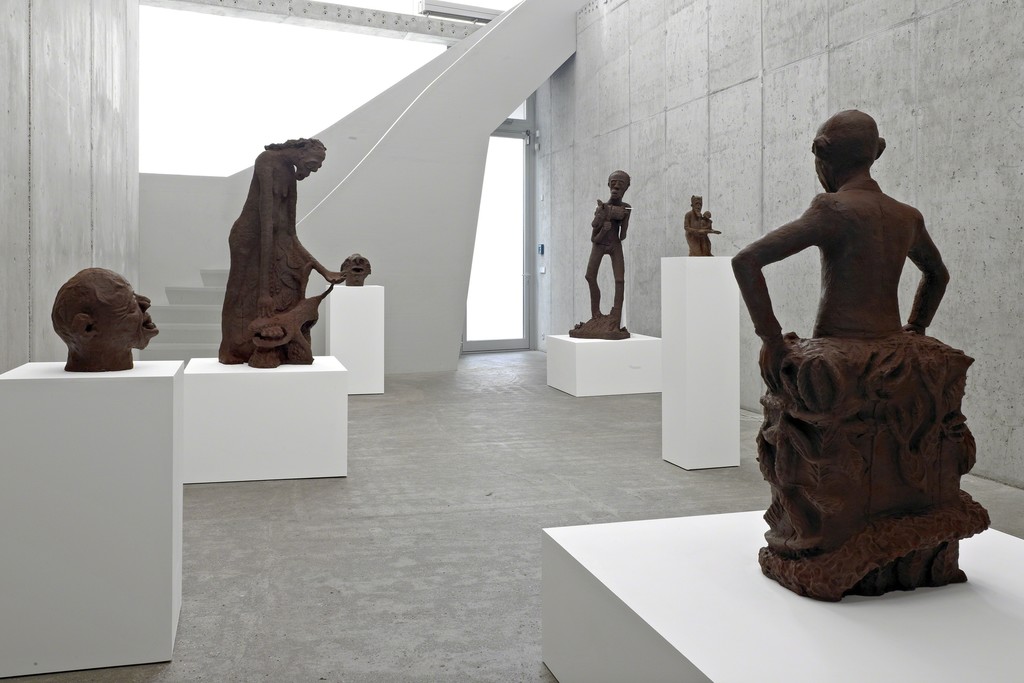 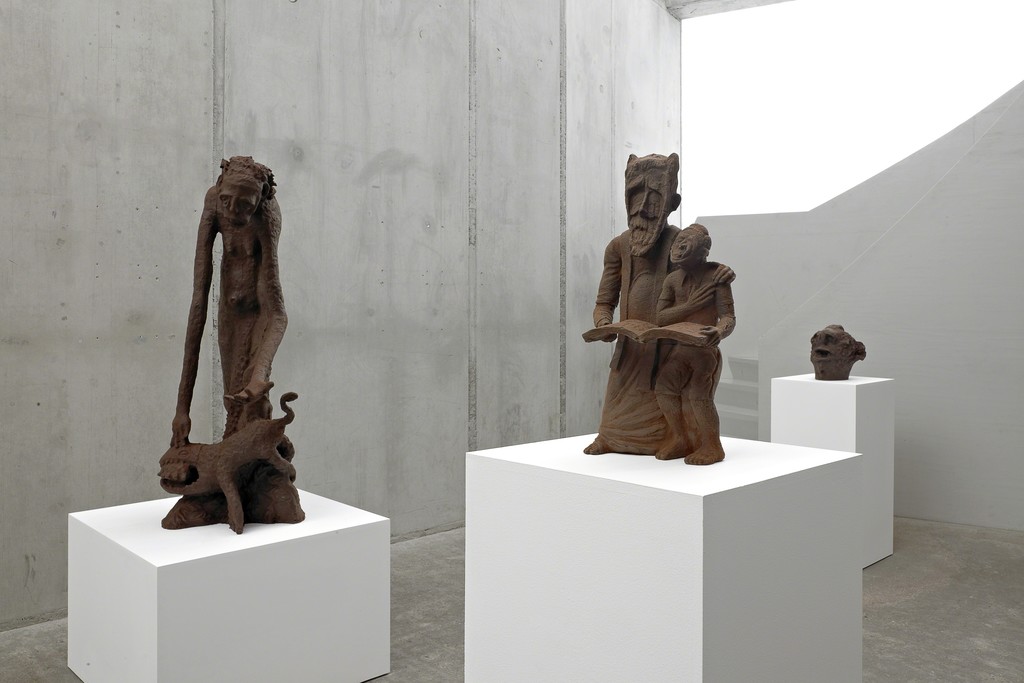 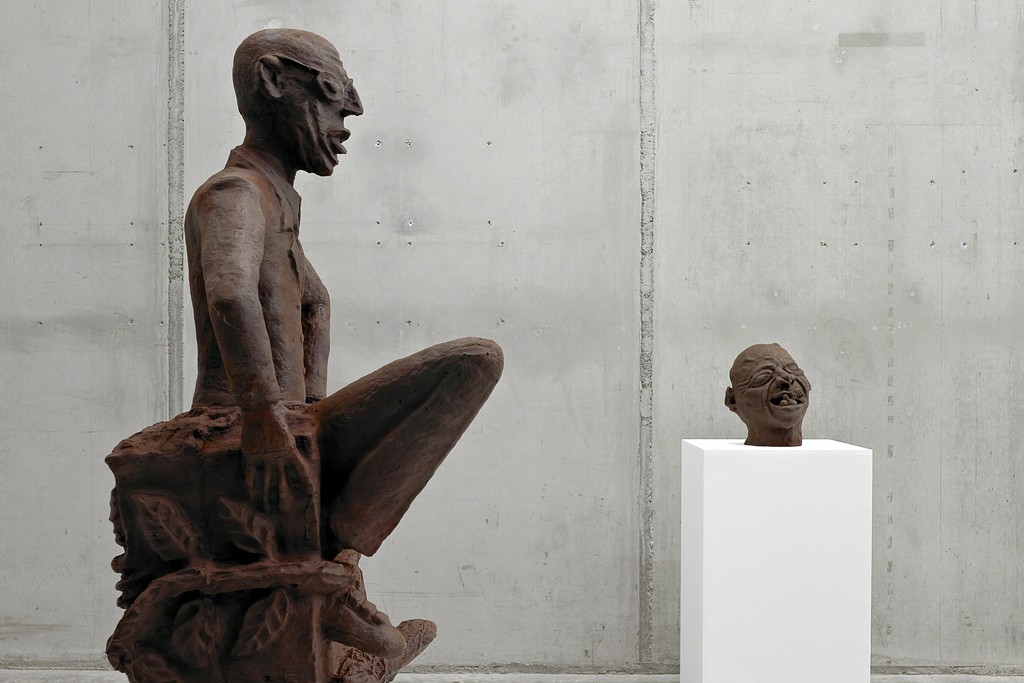 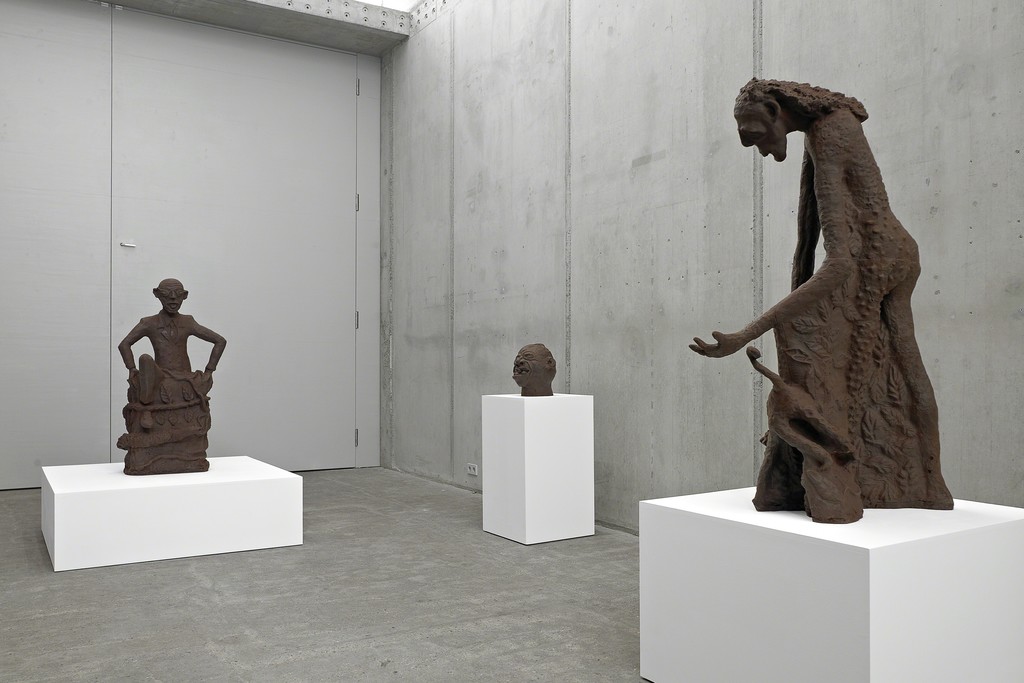 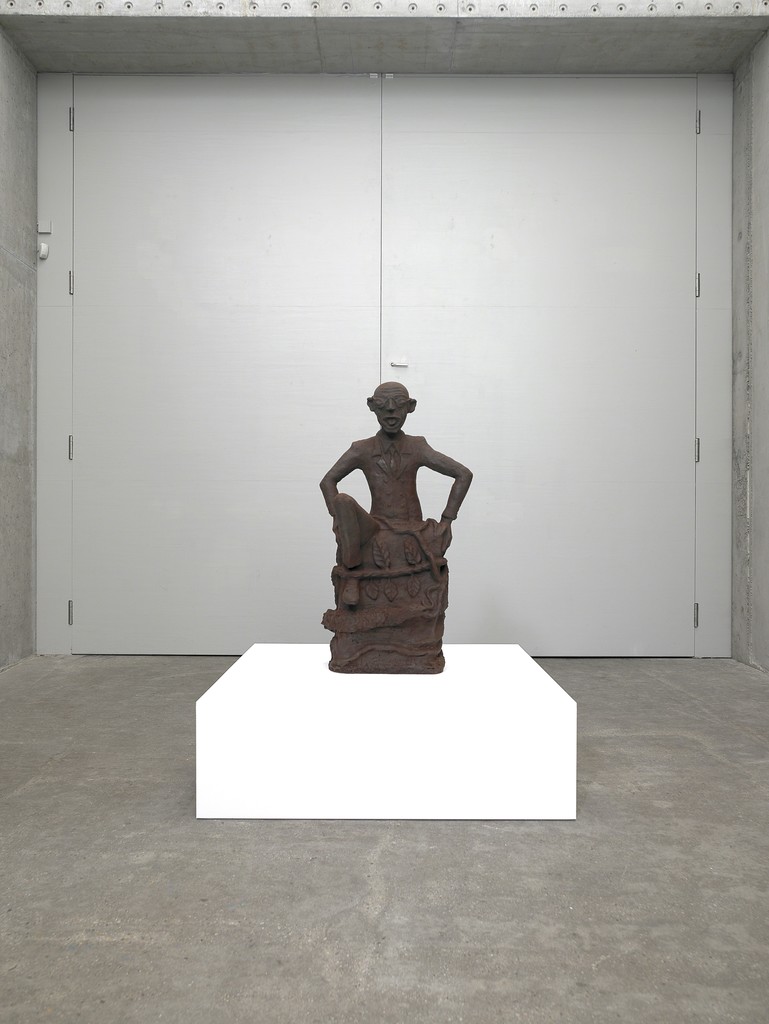 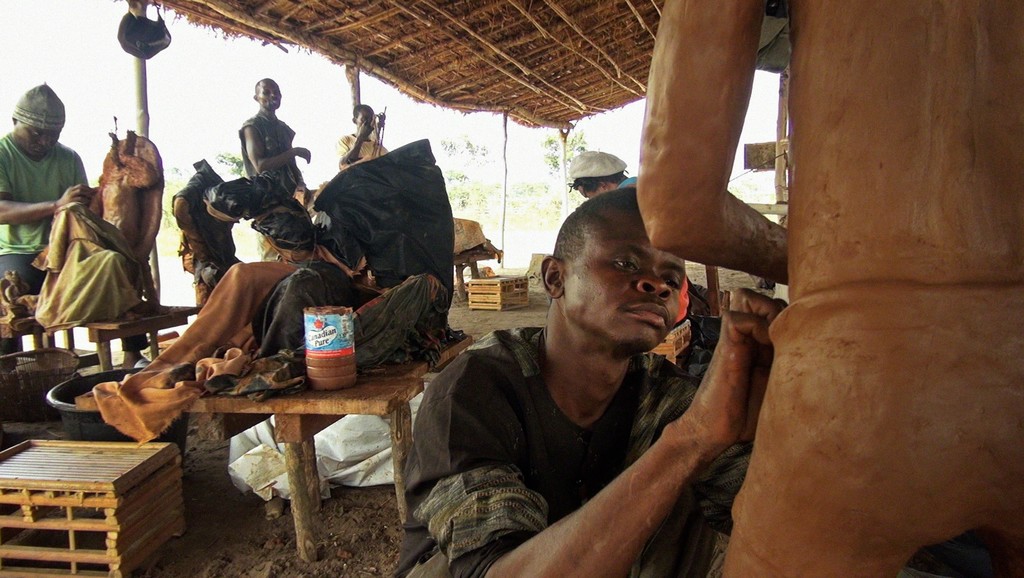 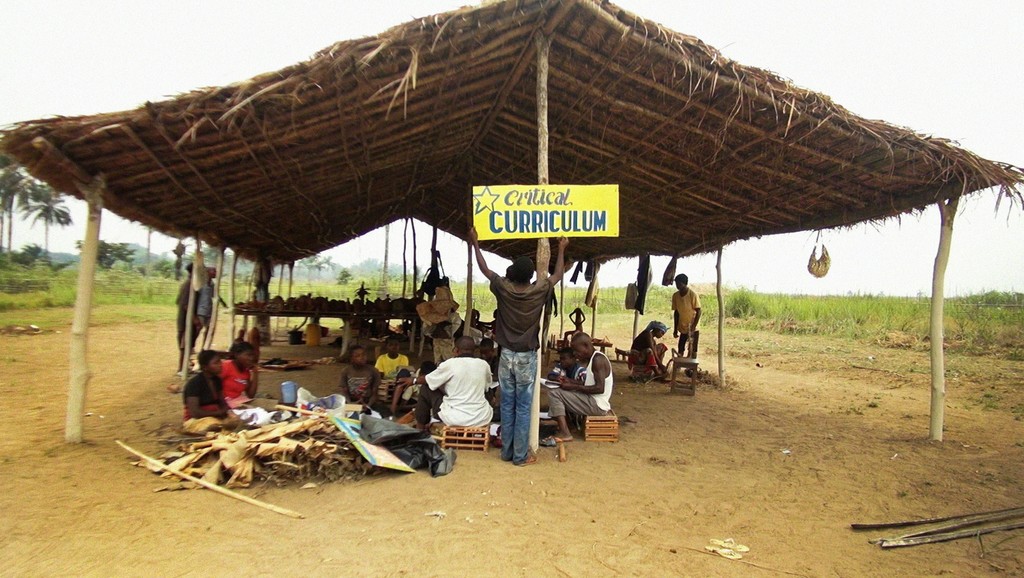 The Institute for Human Activities (IHA), which Dutch artist Renzo Martens directs, presents recent sculptural work by the Cercle d’Art des Travailleurs des Plantations Congolaises (Congolese Plantation Workers Art League). Once upon a time, the expressive energy of Congolese sculpture inspired the European avant-garde. A lively trade in these artifacts scattered them throughout the world’s museum collections, while the colonial occupation of the Congo more than a century ago brought local artistic production to a halt. Since 2012, IHA has worked to establish an artists’ colony near a former Unilever plantation in the rainforest 500 miles east of Kinshasa. Subsistence farmers and plantation workers have begun to create self-portraits. Seven new sculptures they created in January 2015 now have their public premiere at KOW.

It seems, so far, as if no artistic critique of living and working conditions in the Congo changes those conditions. On the contrary, such art is apt to reinforce global inequality: poverty and exploitation provide the raw material for a critical cultural production that ultimately generates jobs and profits in metropolitan cities like London and Berlin rather than in Kinshasa, let alone on the remote plantations. Martens’s widely discussed film Episode III: Enjoy Poverty, which was shot in the Congo between 2004 and 2008, showcased this mechanism – and yet also fed into it. With their new initiative, Martens and IHA now examine whether this mechanism can be turned on its head. Can artistic critique yield its economic and social benefits in the places it discusses; places where these benefits – money and self-determination – are urgently needed? IHA’s art center is the point of origin for a new generation of artists and an aesthetic production in which plantation workers give lasting form to their feelings and their critique of the circumstances in which they live, reviving repressed cultural traditions and reliving them through present-day conditions.

The cooperation between the Congolese Plantation Workers Art League and the Institute for Human Activities aims to foster local economic diversification while also bringing the resulting works of art to the attention of audiences worldwide; IHA will coordinate their international distribution. Digital scans of the original clay sculptures created this January were transmitted to Amsterdam, the world’s largest port of transshipment for cocoa, where a 3D printer produced replicas of the originals. Chocolatiers then manufactured Belgian chocolate casts from this secondary prototype. Some of the raw cocoa that went into the chocolate came from plantations near the Congolese settlement; besides palm oil and rubber, cocoa constitutes the only connection between world markets and these workers, their only medium of global communication. Where a pound of cocoa beans usually represents a value of approximately US$0.25 to these workers, who earn monthly wages of around $20, the same pound of cocoa fetches hundreds of times as much if emotions are added and the chocolate is inscribed into the art market.

The work on the plantations is not enough to live on, and so the workers now make a living by engaging critically with the work on the plantation. The Plantation Workers Art League collects profits from the sculptures’ sale and use them to supplement the artists’ incomes and improve the local infrastructure. In addition to the editions offered by KOW, IHA distributes two unlimited multiples. Concurrently with our exhibition, Martens and IHA will set up a project space at the KW - Institute for Contemporary Art where they will build new partnerships as well as hold talks and public events to flesh out the initiative’s discursive framework. KW, which grew out of a similar cultural producers’ initiative within the Berlin context, is a great place to focus resources and debates and harness them for developing the Congolese project. This presentation of the work of Renzo Martens, who originally built his reputation on conceptual films, is the sixth chapter of KOW’s ONE YEAR OF FILMMAKERS exhibition series.