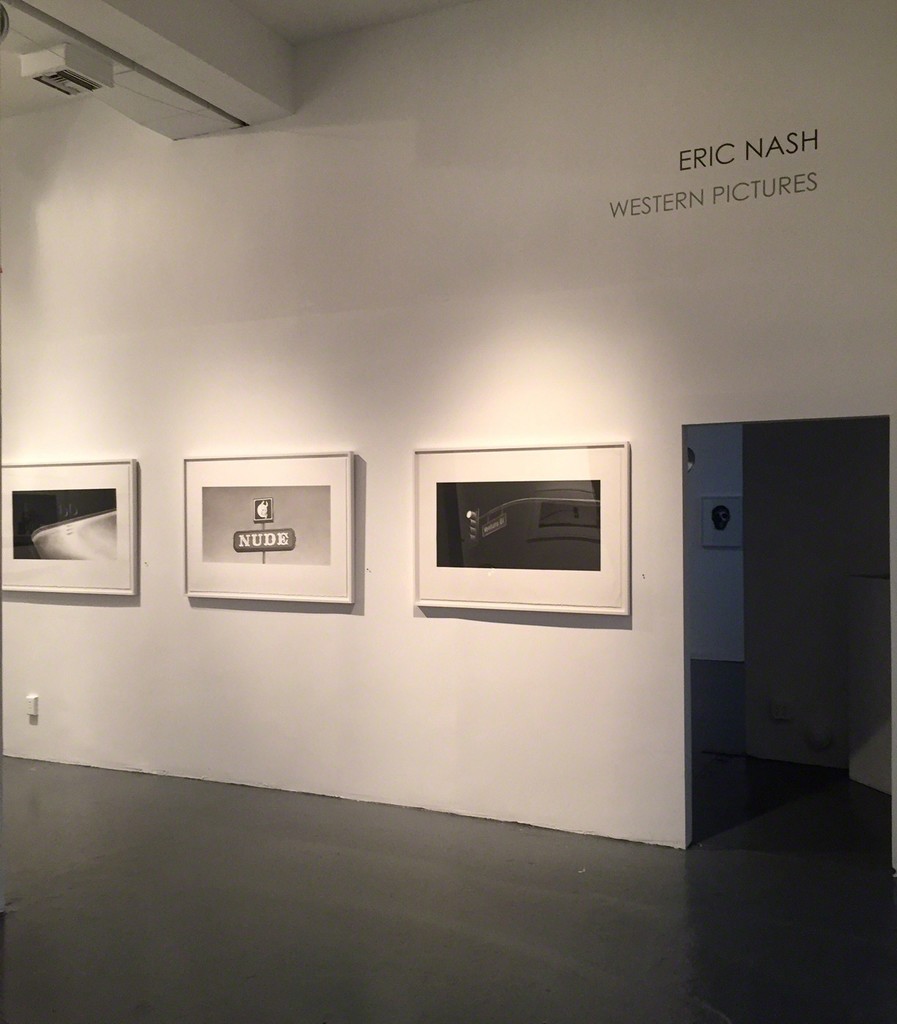 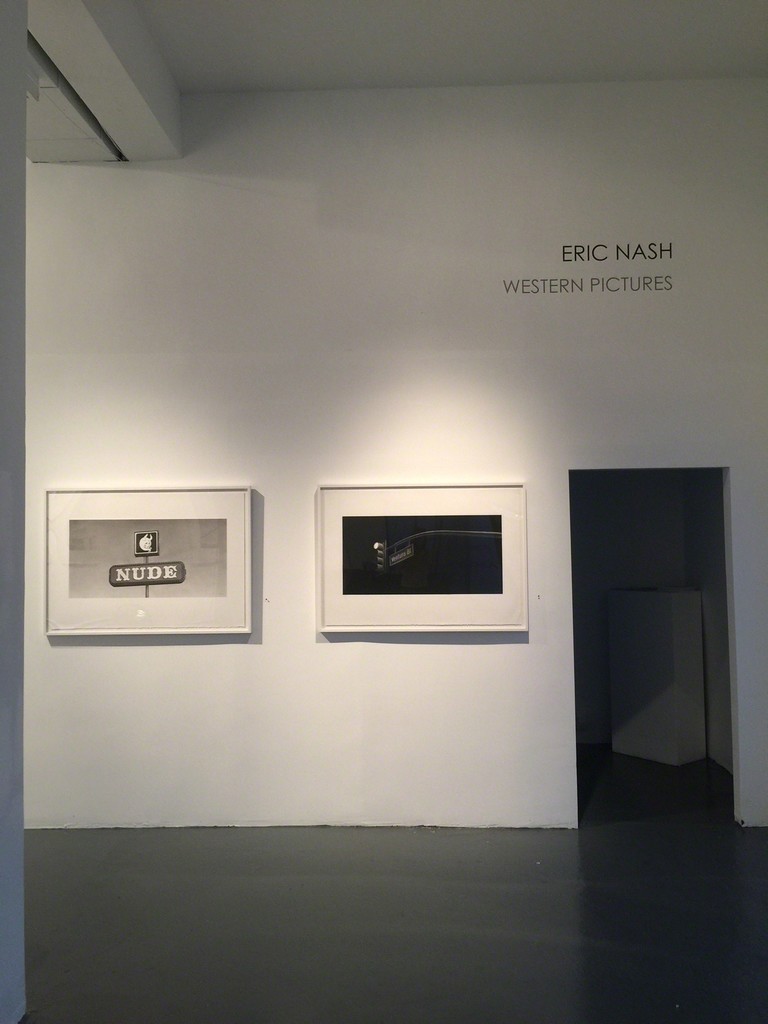 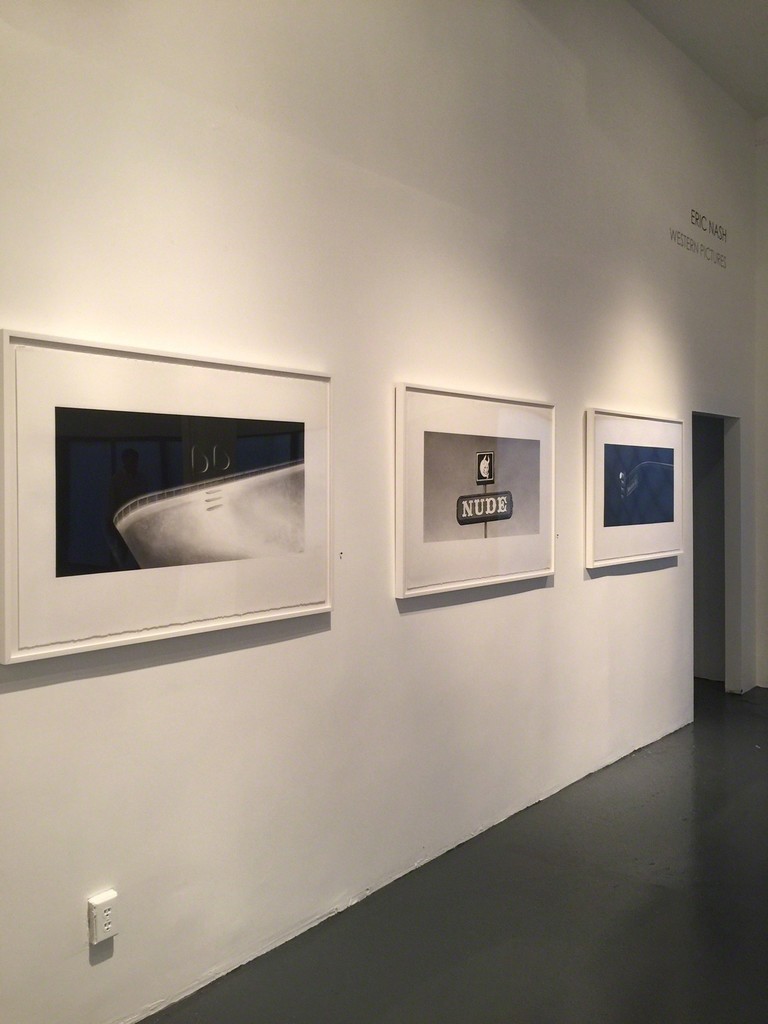 Launch LA and KP Projects are proud to present Western Pictures, a solo exhibition of charcoal works by Eric Nash.

As on ongoing series, Western Pictures explores scenes from daily encounters with Los Angeles. Street signs, buildings, businesses and iconic landmarks become cinematic sets when rendered in Nash’s monochromatic palette. The selection of charcoal in its purest form is a specific choice, offering a rich, dramatic juxtaposition of light and dark. Charcoal, while a laborious material to work with, also lends a sense of hyper-realism in its dense and contrasting tonal range that parallels photographic stills.

As a city of freeways, signs, and signals, these visions of Los Angeles appear as if seen from the car window, the essential way to experience LA. Nash imbues each setting with a mysterious suspense, an allusion to seductive film imagery coined as California Noir. A nod to the entertainment industry, the exhibition title Western Pictures is a clever innuendo that combines the imagery of Los Angeles as the birthplace of modern film, while also showcasing a romantic nostalgia of the sprawling cityscape. Transcending time, these portraits of place act as spaces of storytelling.

A lifelong artist, Eric Nash graduated with a BFA from the University of Illinois. He began his painting career in Chicago where he worked as an art director in advertising cementing his interest in universal and iconic imagery. Cinematography, American Pop Art and Realism were and continue to be important influences.

Drawn to California and its legendary landscape and creative energy, he relocated to Los Angeles in 2000. His first studio was in Hollywood followed by Venice Beach where he first came to the attention of noted collectors in the movie industry, Silicon Valley, New York and Europe as well as corporate collections. His current studio is in the Mojave Desert town of Yucca Valley, California near Joshua Tree National Park. He has been the subject of a wide range of print and online media articles and has had numerous solo gallery shows. Recently he has been featured in museum shows at Laguna Museum of Art, Tucson Museum of Art, Riverside Art Museum and Palm Springs Museum of Art.