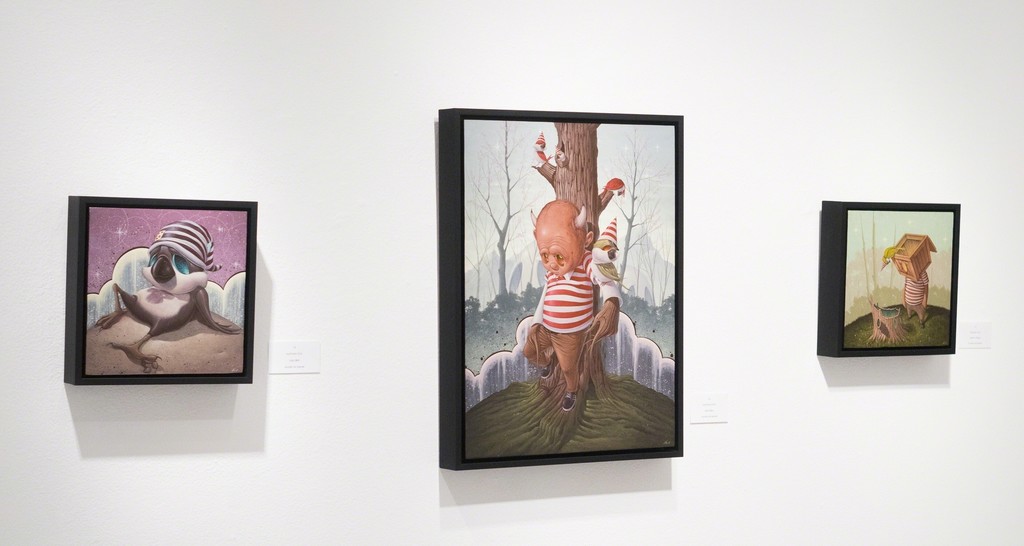 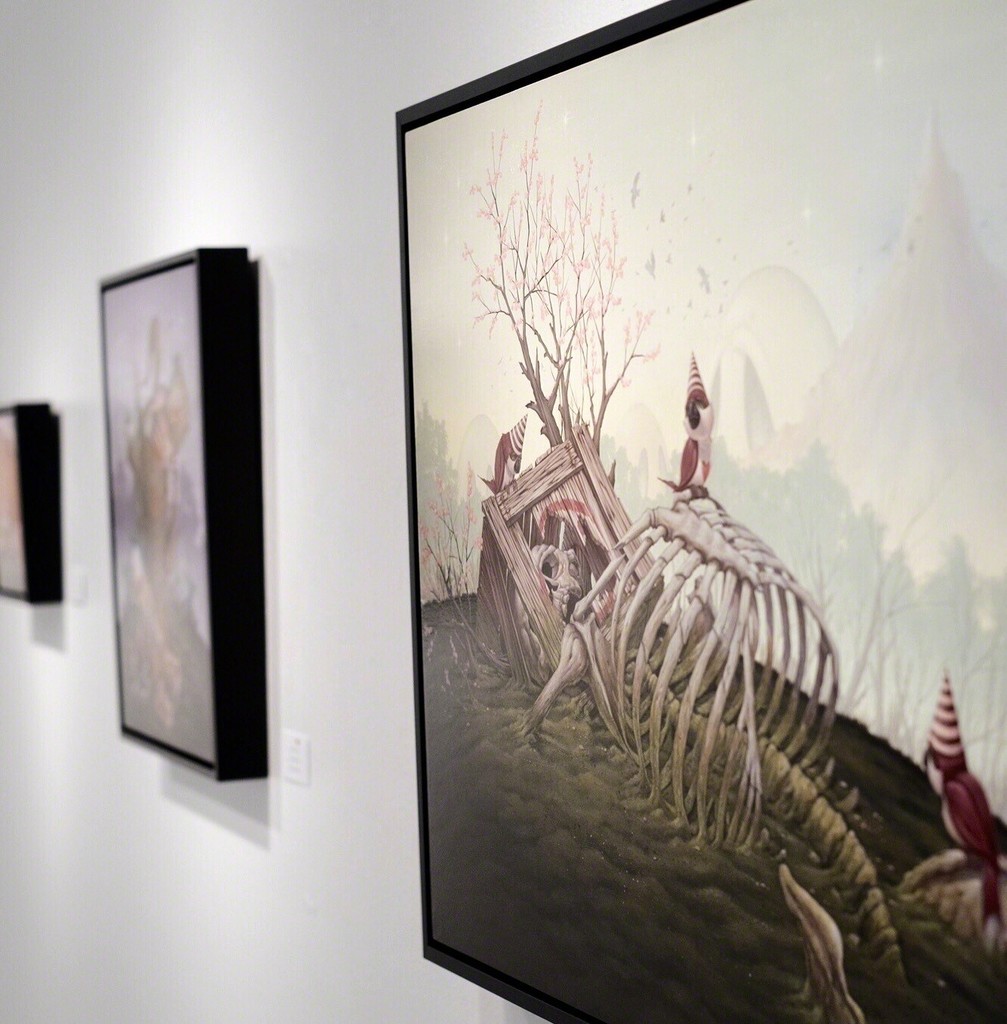 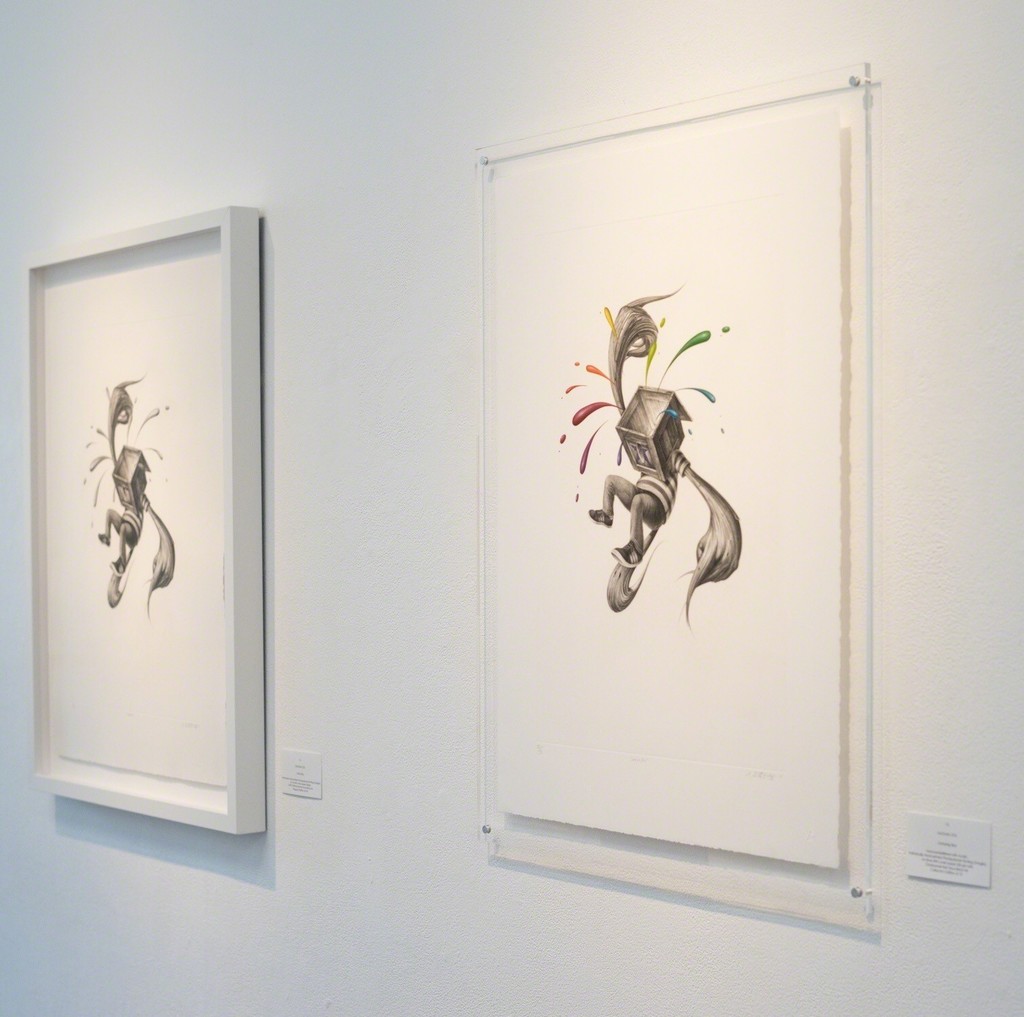 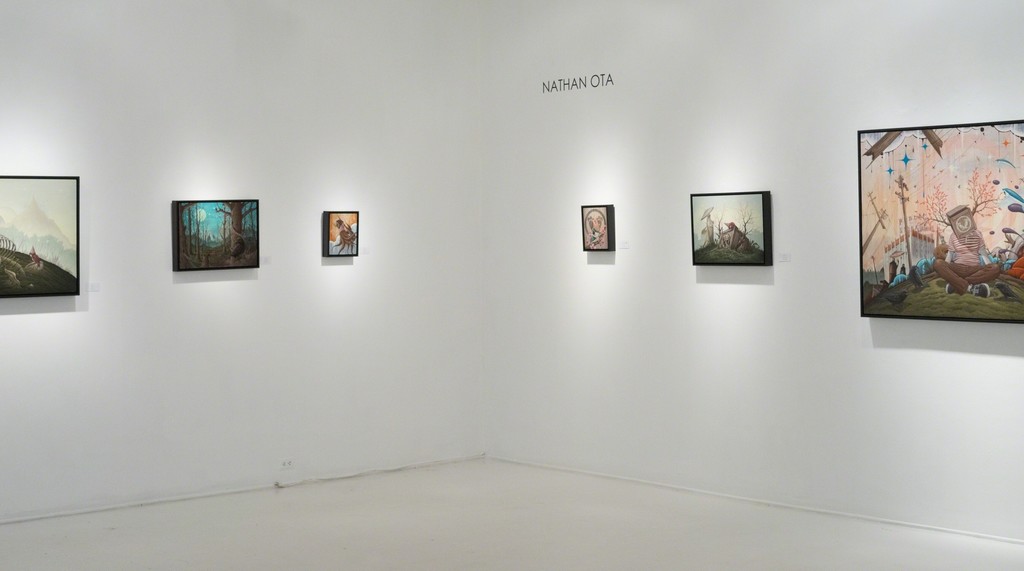 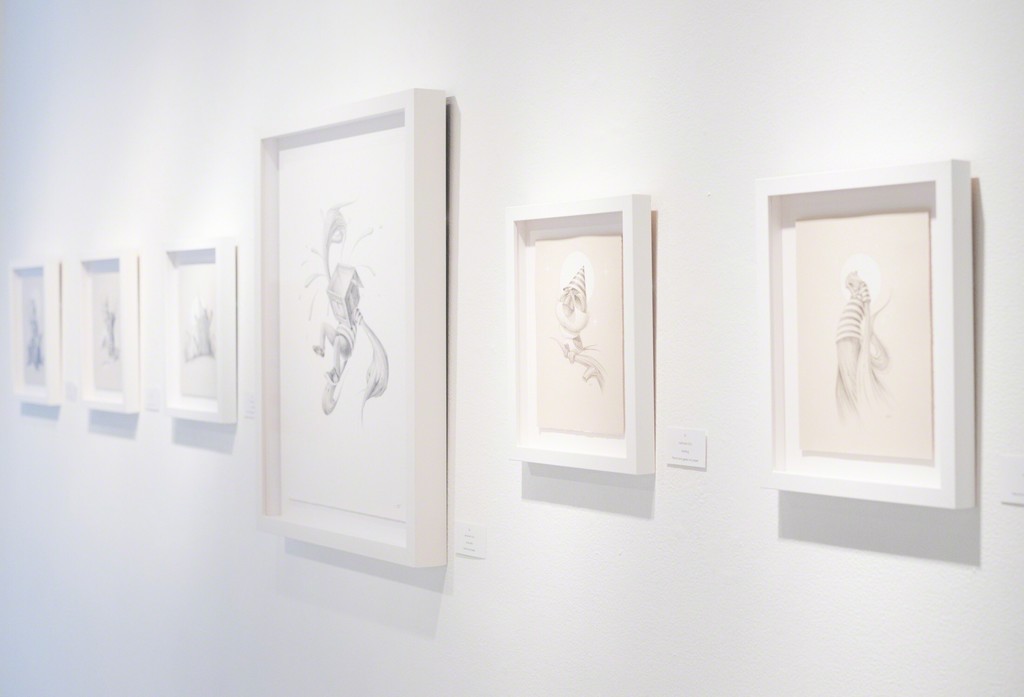 KP Projects//MKG is proud to present “Four Corners”, a new solo exhibition by Nathan Ota. Ota’s latest paintings examine the central role of the artist’s studio as a calm, safe space from which to observe the madness of the outside world, a bulwark to stand behind and sift through the grey matter of the external.

For Ota, this body of work is his most self-reflective yet; permeated by a thematic and atmospheric solemnness. It seems that despite the pensive atmosphere, these paintings also offer a means of salvation, a cathartic process which allows the artist to contemplate life-matters within an arena in which he is the undisputed master.

Through an almost alchemical process, the natural ills of life are transformed into a host of odd, sometimes whimsically cartoonish characters that occupy vignettes of impossibly vibrant woodlands. Within this realm, Ota symbolizes his studio with a repetition of wooden, box-like crates which reappear again and again amidst strangely eyed finches, stripe-clad imps and tree limbed giants. Frequently these boxes appear perched on top of wandering figures perhaps offering a measure of protection from the mysterious technicolor world beyond. Poignantly, in other paintings the box has been ruptured, or cast aside to be utilized by the other inhabitants of Ota’s dreamland.

Ota’s palette also presents soft, subdued tones that reflect a melancholic fascination with the natural world. Each new work examines the relationship of the artist within a world of his own creation, and expresses through paint and canvas the natural cycle of life. Thematically, several of the major works in this series resemble Japanese classical paintings: in one painting, the box-wearing figure can be seen standing reflectively under sakura blossoms in full bloom, possessed of a Zen-like disciple and selflessness. Brilliantly bright constellations light up the sky beyond, completing an air of serenity.

If this figure is a stand in for the artist, then the creative mystery that occurs internally can ultimately lead to resolution.

From an early age, Nathan T. Ota always found himself drawing pictures over doing his homework by copying various cartoons, comic books, photographs and old punk rock flyers. Nathan’s first influences started from looking at his older brother’s Frank Frazetta calendars and Vampirella comics. His mother, also an artist, and Father encouraged and supported his love for art at an early age. In the mid 80’s, he discovered graffiti art as a medium to express himself on various public spaces in Los Angeles. This influence still permeates his personal work today.