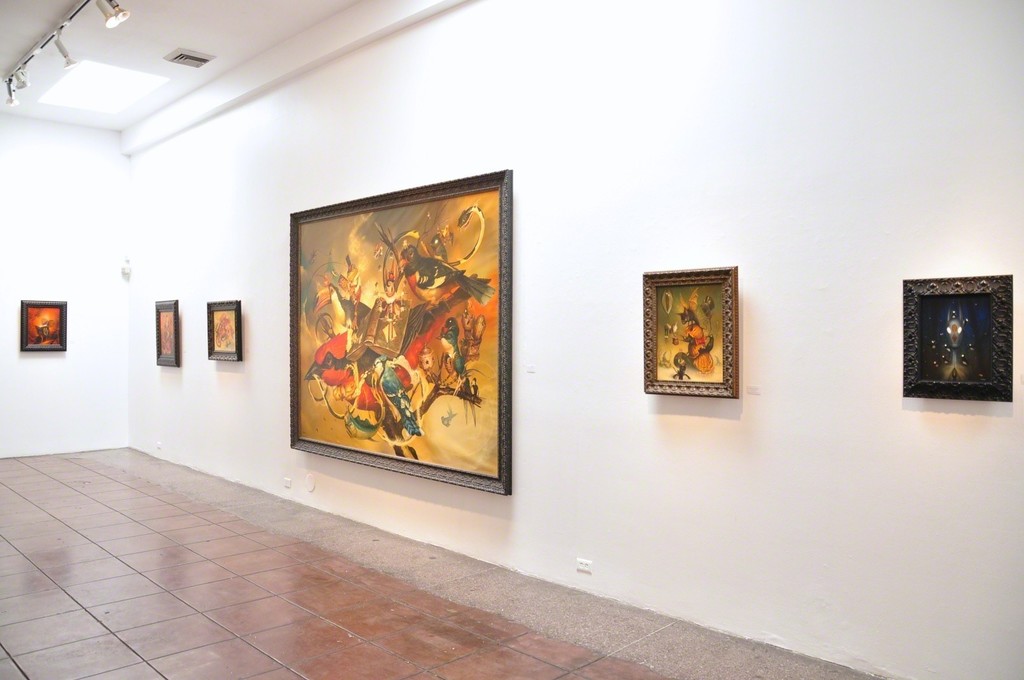 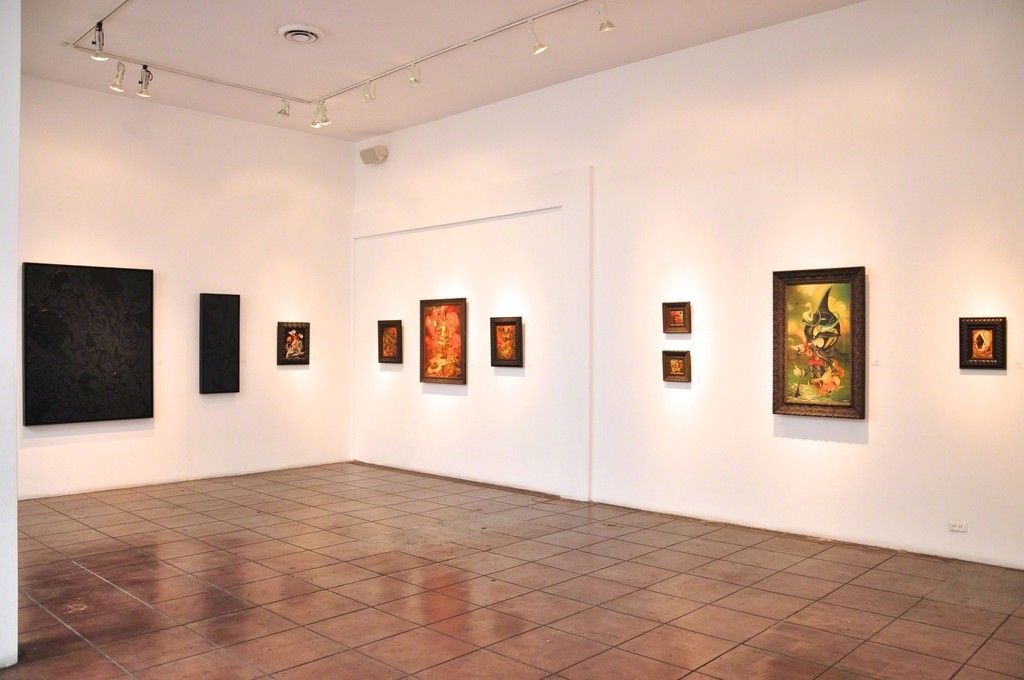 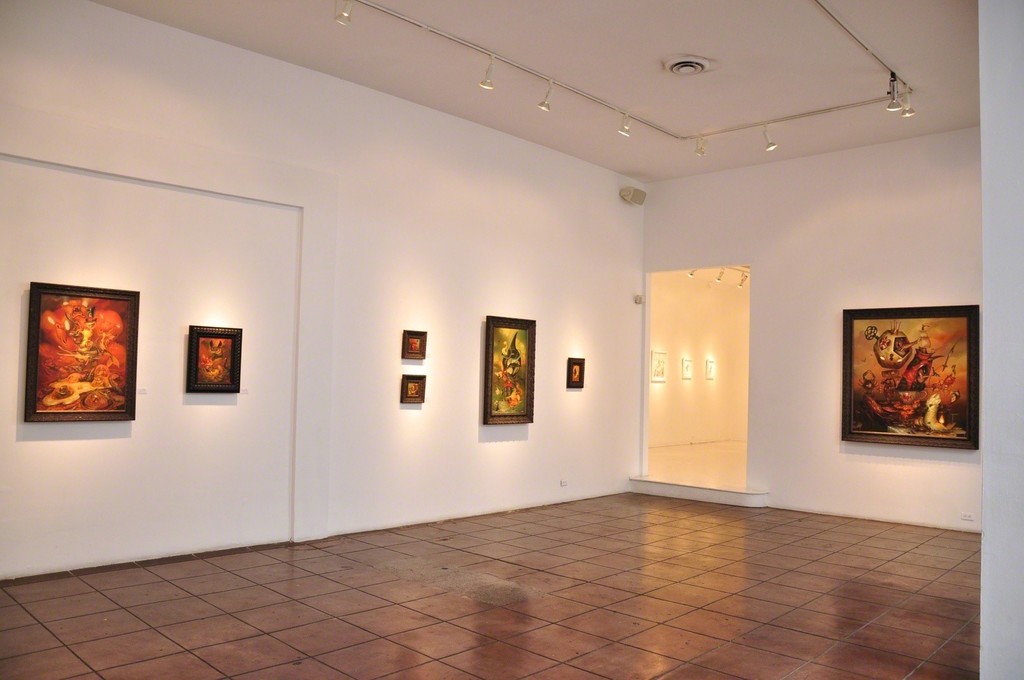 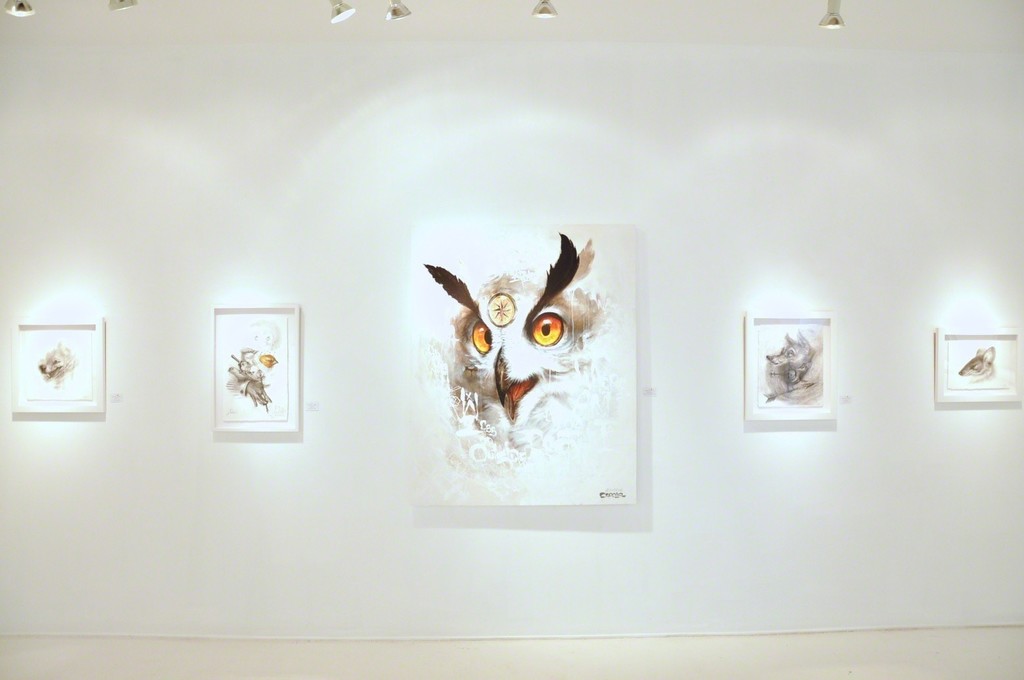 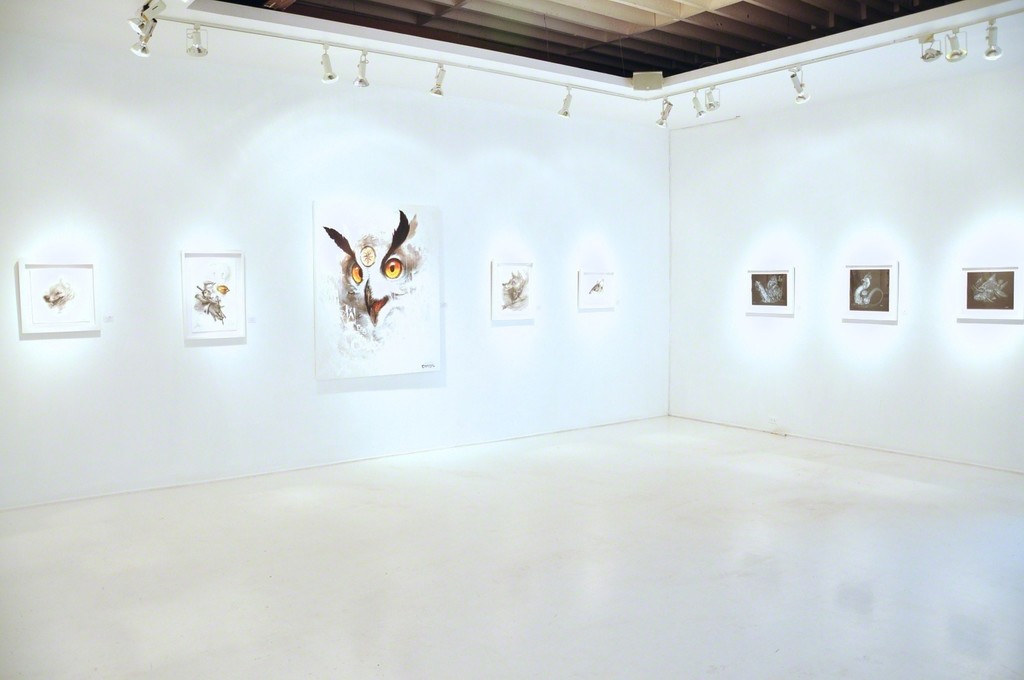 In his latest solo exhibition, Where Am I, Greg ‘Craola’ Simkins creates mythical landscapes inspired by childhood curiosity and awe. The title is a nod to Simkin’s Graffiti roots as a part of WAI and can also read as a dual reaction to entering fantastical lands bewildering and unknown. Simkin’s paints a world he calls ‘The Outside,’ an uninhibited setting where reveries hit the canvas at full speed. Anthropomorphized animals and fanciful critters explore and rebel on a grand scale in an alternate reality where fish fly and birds can swim.

Inspired by literature, nature, and personal experience, Simkins’ lush, dream-like narratives urge us to keep a youthful spirit as we grow older, and to not abandon adventures within our own imaginations. The title can read two ways – as a statement of excitement and awe, or as a statement of confusion and fear. It seems as though the artist asks us to step through the doorway of both possibilities, then nudges us in the right direction with his compass clad creatures and magically whimsical world.

“There is a point during our lifetime when we lose our childhood excitement and curiosities, and become infected with the problems of adulthood. It’s like a part of our brain begins to hibernate or even petrify year by year with every new responsibility. Growing up is a good thing, there are lessons to be learned and passed on to the next generation, but I believe we need to have these windows to glimpse back into and remind us of the feelings we had as a kid. What is the world like just beyond the closet door, what is scratching at my bedroom window -- what if there really are other worlds to explore and have adventures in -- who are the strangers we’d meet there? The very first words you would utter once finding yourself a stranger in that strange place, stuck outside, would be, “Where Am I”.- Greg ‘Craola’ Simkins

Greg Simkins was born in 1975 in Torrance, California. At age 3 his early attempts at drawing were inspired by various cartoons and books such as Watership Down by Richard Adams, and The Chronicles of Narnia by C.S. Lewis. At the age of 18, Simkins started doing graffiti under the pseudonym “CRAOLA.” Graffiti became his impetus for painting and gave him the confidence to pursue large painterly works.

In 1999 Simkins received his Bachelor’s Degree in Studio Art from California State University of Long Beach, and in 2005, after some time working as an illustrator, Simkins pursued his desire to paint full time. He has since been featured in numerous group and sold out solo exhibitions. His art is featured in everything from clothing to video games and toys. His client/collaboration list includes, among others, Disney, Mattel, Juxtapoz, Vans, Converse, AFI and Dark Horse. Simkin’s artwork currently appears in galleries throughout the world.