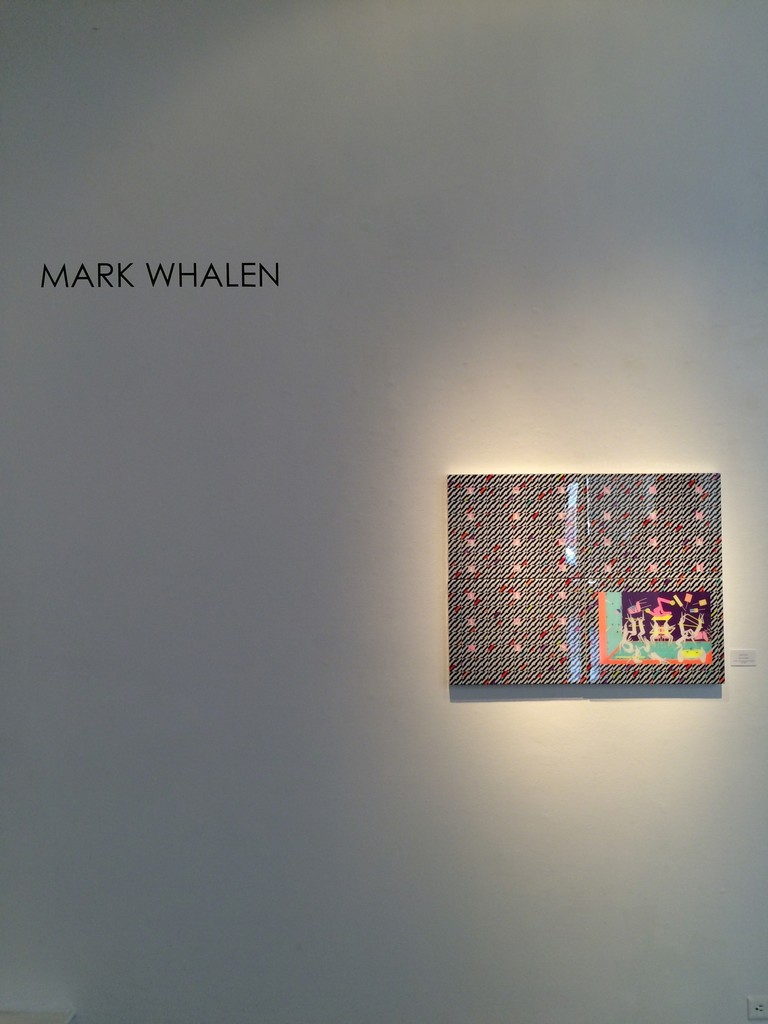 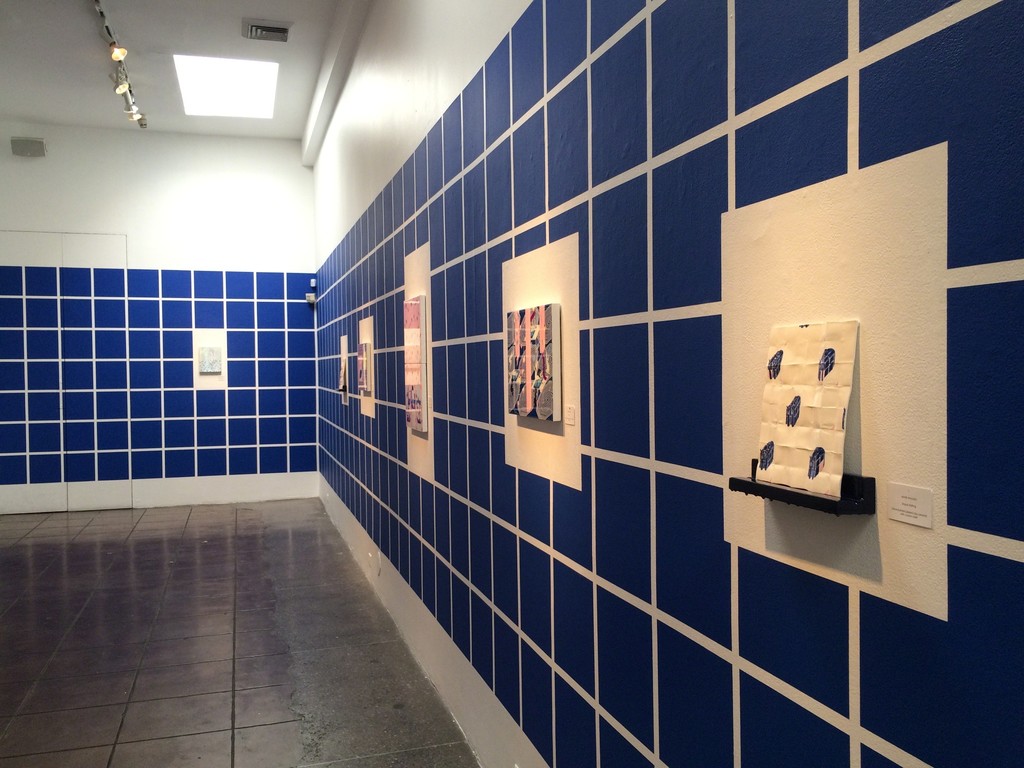 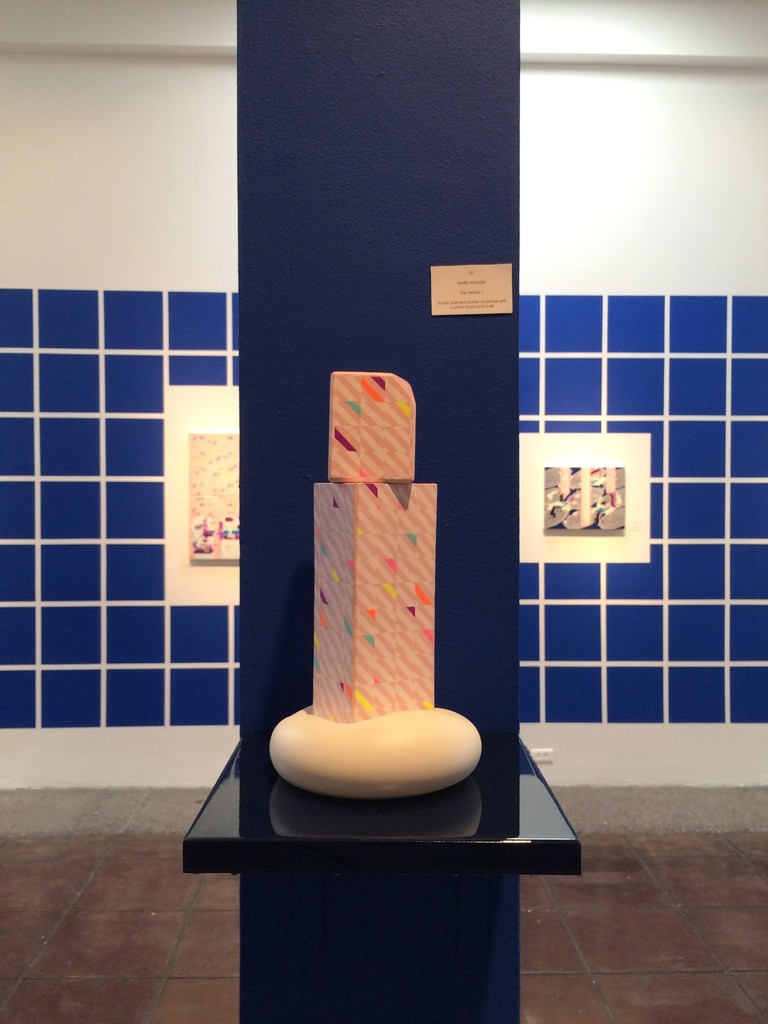 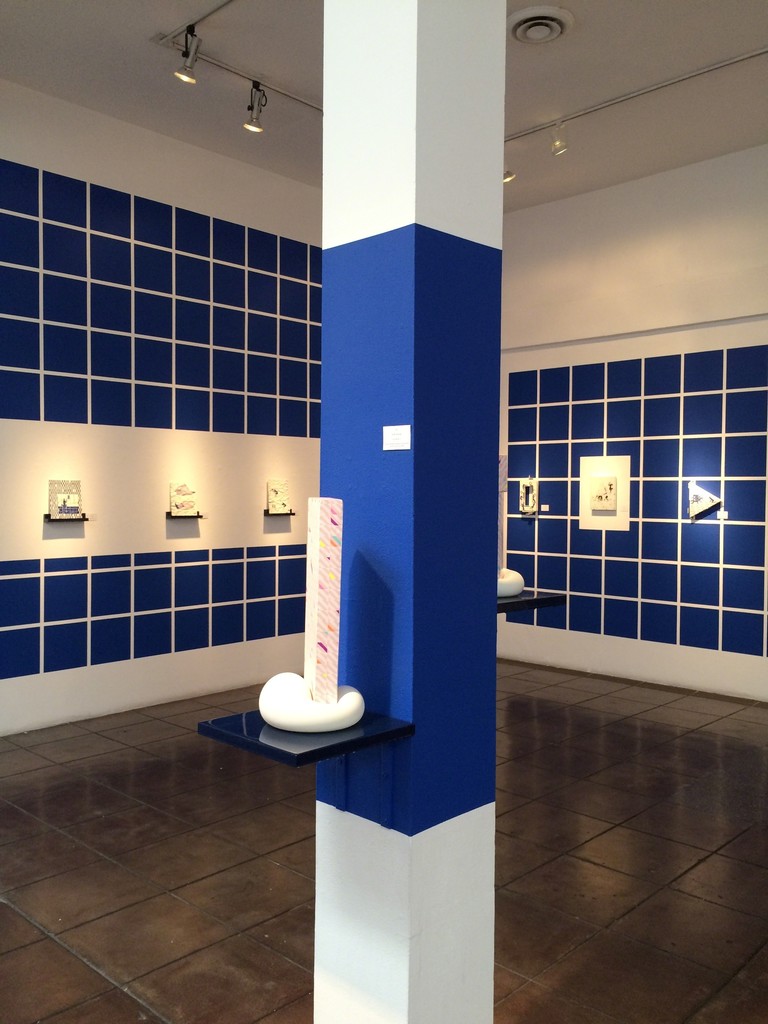 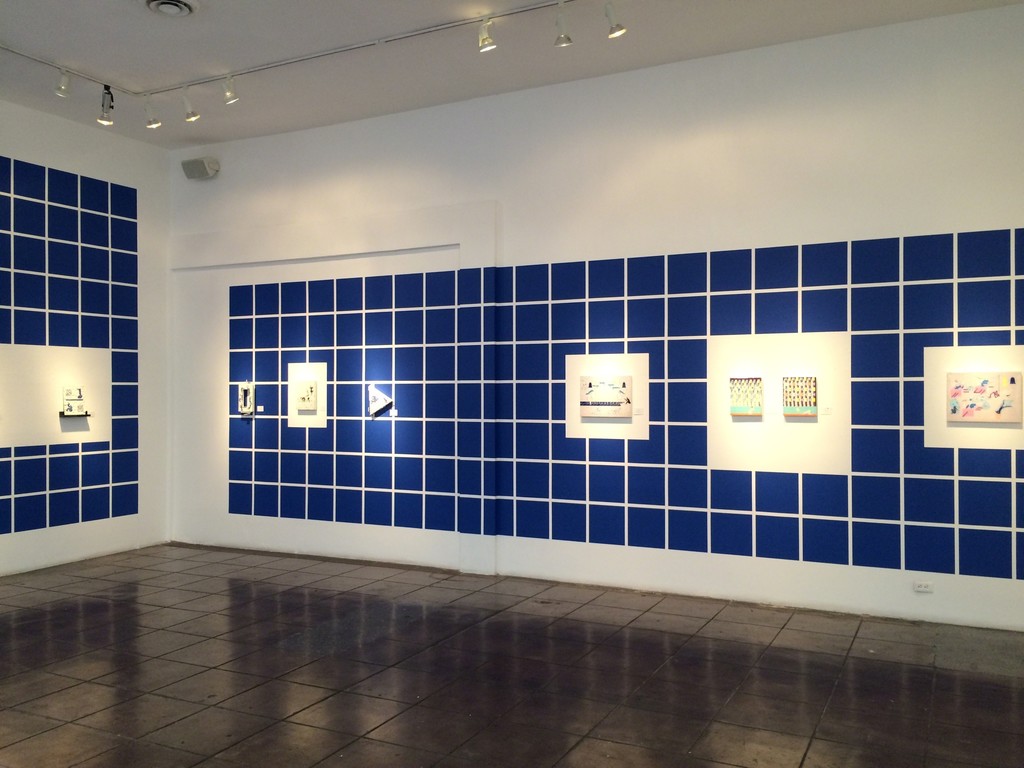 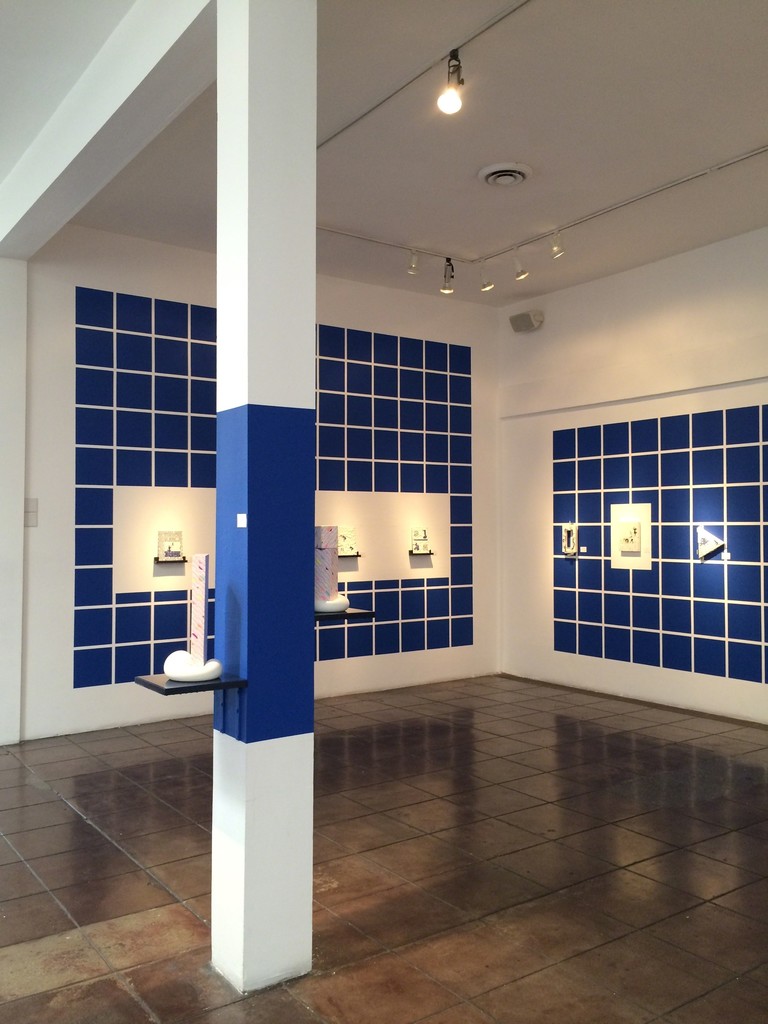 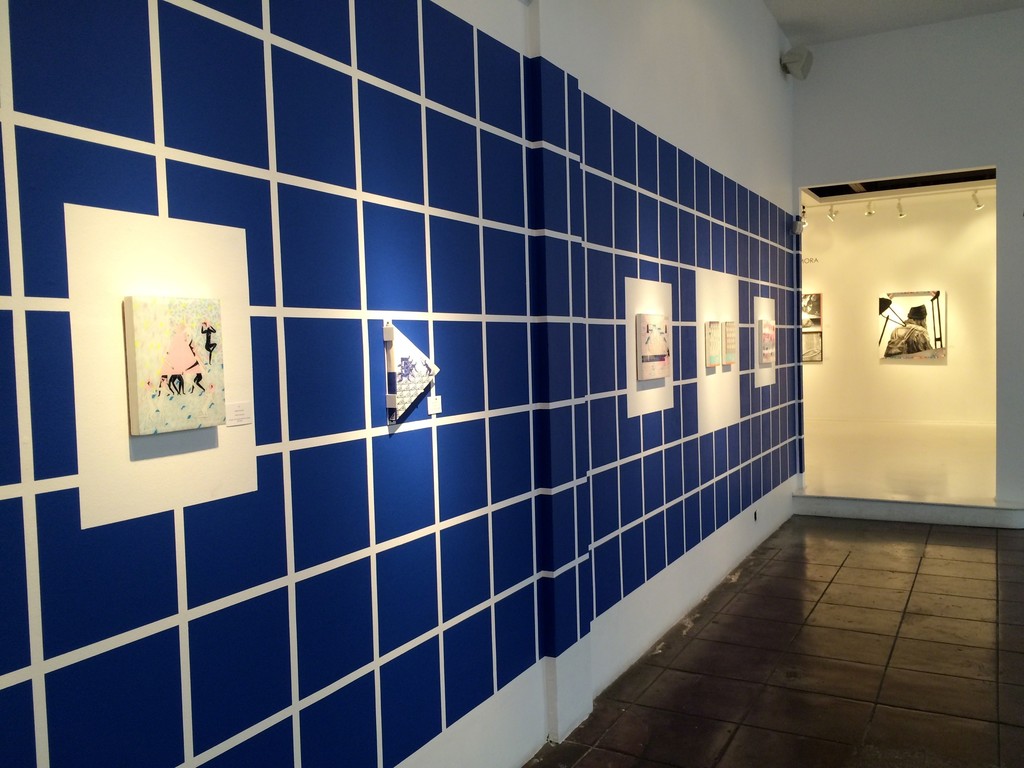 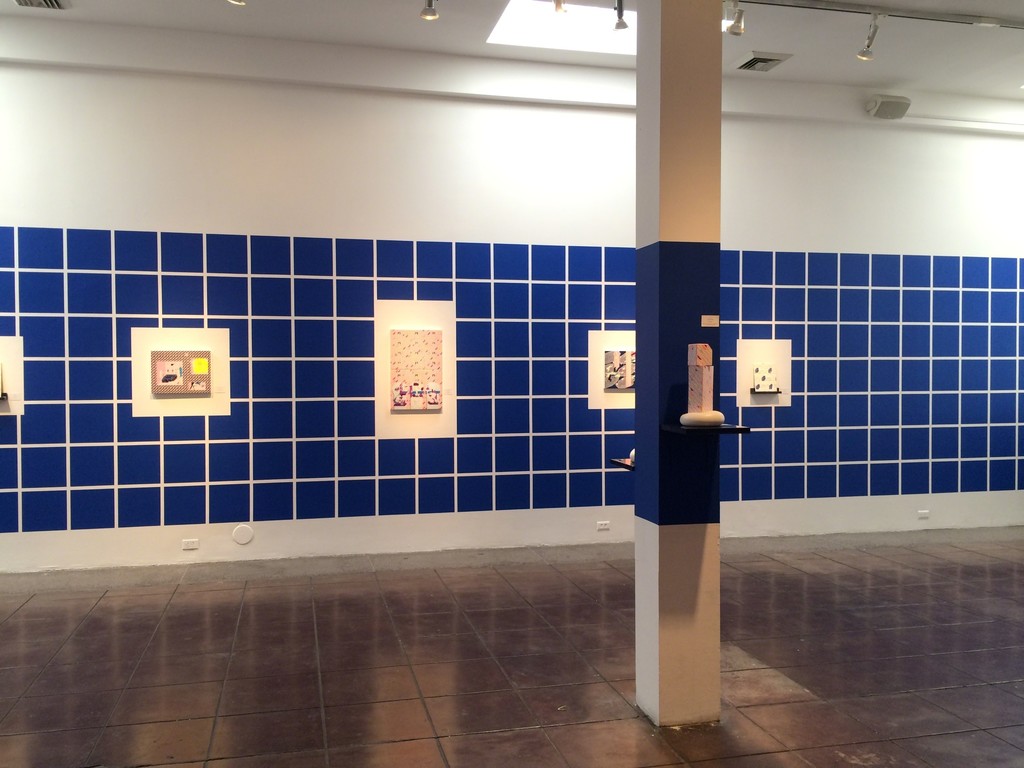 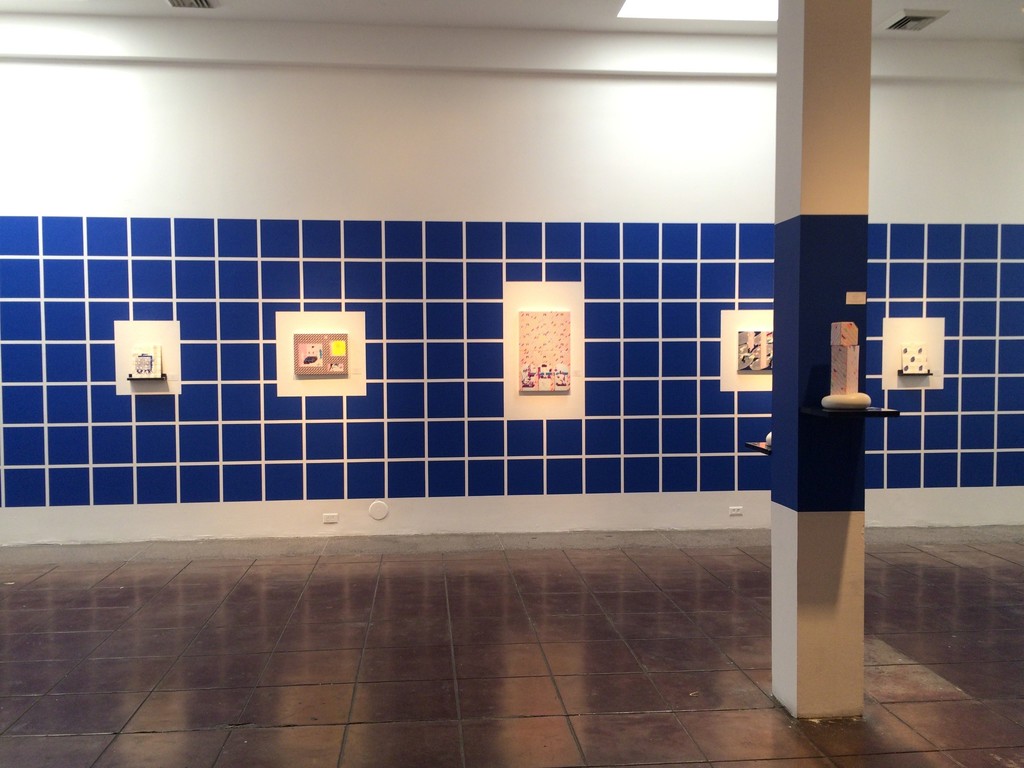 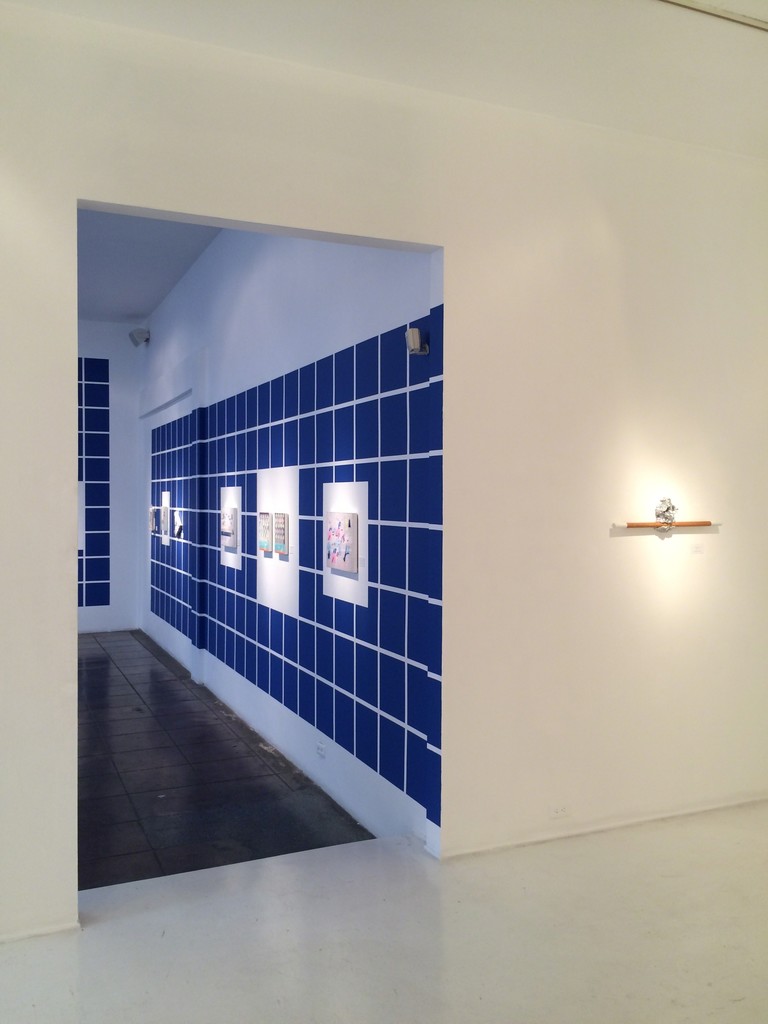 From his beginnings in Sydney Australia, Mark Whalen has evolved into an artist whose methodically sophisticated paintings and sculptures examine the complexities and nuances of the human condition.

Mathematics and pattern-play have pivotal roles in the conception and formal properties of Mark Whalen’s work. In Ancient mathematics, ‘space’ was a geometric abstraction of the three dimensional, observed in everyday life when the known world was insufficient to contain the fundamental interactions of nature. Through the visual creation of parallel dimensions, Whalen attempts to supersede spatial and temporal limitations by creating geometrical magnetic fields in order to connect states of being outside our own sense of reality. In the artist’s electro-magnetic universe, androgynous figures play out the irony of attraction, worship, invention and destruction all within the algorithm of human interaction. These worlds are high-tech, mystically scientific, and future primitive, all at once.

In the introduction essay to the artist’s first monograph “Human Development” published by Zero+ Publishing, Shana Nys Dambrot wrote “In the ancient world numbers had mystical qualities; and polygons, triangles, squares, hexagons, had even more impact than the numbers themselves, because they were visual... Things that are archetypal and abstract, things that have personal significance for the artist, these things are neither randomly chosen or casually placed; there is a narrative subtext. This kind of cosmological structure is much more complex in it’s compositions and psychological nuances… [Mark Whalen ] is more than aware that the cautionary paradox of progress both uplifts and destroys.”

Drawing inspiration not only from spatial theory, but also from postmodern ideas like Claus Oldenburg’s “The Store,” Whalen’s inclusion of new sculptural objects redefine his personal relationship with painting, subject and form. While Whalen is less concerned with ideas of mass production, he incorporates the formal practice of transforming ideas more personally related to his paintings into ceramic objects. Not only does this inform his painting practice, but also gives insight into the creative process in a physical from that can be touched, held, and examined – showing the potent transformational qualities of the medium, as well as the frailty. Books, and drawings that have been crumpled, folded and then smoothed out again are not saved as studies, but have been modeled into ceramic replicas that have dimensional appeal. As Whalen puts it, “I never sketch. I problem solve as I go…. I like to surprise myself or else it would just be labor with no spontaneity”. The result is a collection of audacious, witty, and profound paintings alongside ceramic works that illuminate the artist’s subconscious. Like algorithmic narratives taking both two and three-dimensional form, Trapezoid is a humorous and refreshing exploration into the gray-matter of existence which science alone cannot solve.

Since 2006, Mark Whalen’s work has shown in a constant stream of sold-out gallery exhibitions in Los Angeles, London, Berlin, Singapore, and Australia. He was also included in 2009’s Apocalypse Wow! Exhibition at MACRO Museum of Contemporary Art in Rome, Italy and his work has appeared in publications such as Juxtapoz, Modart Europe, Arkitip, Art Ltd., Anthem, and Monster Children.

In 2008, Whalen was awarded the Sydney Music, Arts & Culture Award for Best Visual Artist, and in 2009 he was named in the Top 100 Creative Catalysts by the Creative Sydney festival. In 2011 his first fine art monograph was published by Zero+ entitled Human Development. He currently lives and paints in Los Angeles.