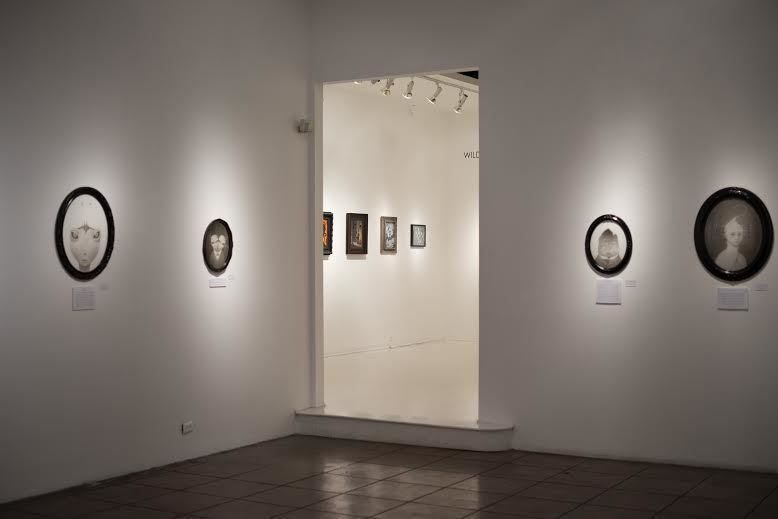 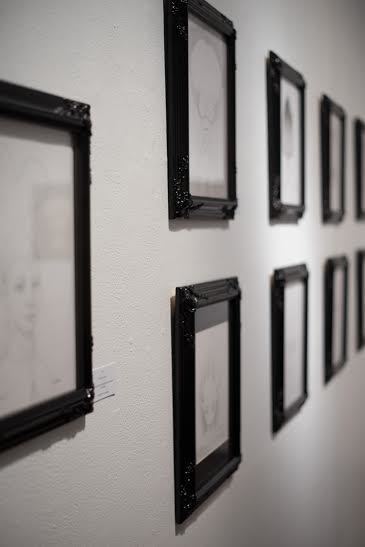 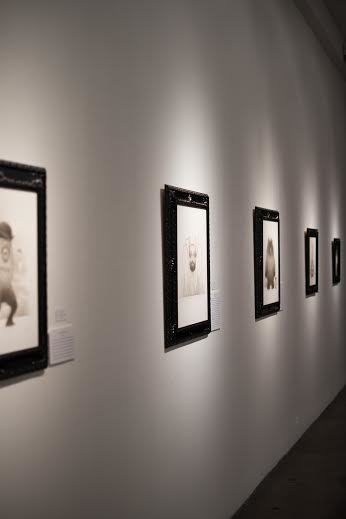 In his latest body of work, Watch the Skies, Travis Louie finds inspiration in atomic age science fiction films of the ‘50’s, and the pseudoscience of extraterrestrial life popularized by UFO theories of the ‘70’s. Debates abound as to the existence of these life forms, and the potential results of interaction. The extent of far-fetched theory should not be surprising. Decade's after “flying saucers” burst into public awareness, the idea of them still continues to provoke excitement and controversy. Far fetched hypotheses generate such levels of interest that they tend to become self-sustaining, quite apart from the question of whether they are true. Instead of illustrating these aliens as interlopers or intruders in our galaxy, Travis Louie’s careful technique lends even his most otherworldly characters an air of authenticity and dignity.

According to the artist, "My work is a continuing conversation that started as a veiled commentary about the immigrant experience. Originally the paintings were portraits of mythical beings and curious characters who come from unusual circumstances. Some of the stories were somewhat biographical despite being framed in a fantastical world. Like many other artists, I can't help being influenced by my life experience, including all the sensory information that I keep absorbing. I've established a look for my paintings that is modeled after 19th century photography with a mannered approach. There was a resurgence of interest in UFO's and extraterrestrials in the 1970's after Erich Von Daniken wrote "Chariots of The Gods." I grew up in that environment, and thought of aliens as the ultimate immigrants. Coupled with my love of atomic age science fiction films, I created these new paintings. The title of the body of work is a reference to the film "The Thing From Another World" (1951) directed by Howard Hawks about a group of government scientists and a US Air Force crew who discover a crashed alien spacecraft in the Artic and are forced to defend themselves against a frozen alien being that they accidentally thawed. No one knows for certain why they come here, and theorists have come up with all sorts of ideas that range from evil intentions to beneficial ones. I like to think they just come here to look around.” - Travis Louie

In the painting "Clara and the Mysterious Uniform", one of Louie’s female protagonists stumbles upon a crashed spacecraft and attempts to try on one of the space traveler's uniforms. However, lacking the telepathic powers of the aliens, she is unable to get the antenna to stand up. By meticulously applying acrylic paint in transparent layers, the artist masterfully recreates the gelatin-silver feel of early daguerreotype photographs which captures the soulfulness and charm of his characters. Louie’s greatest triumph, however, is not just technical – it is having created a world so engaging and captivating that we would rather believe in it, than question its veracity.