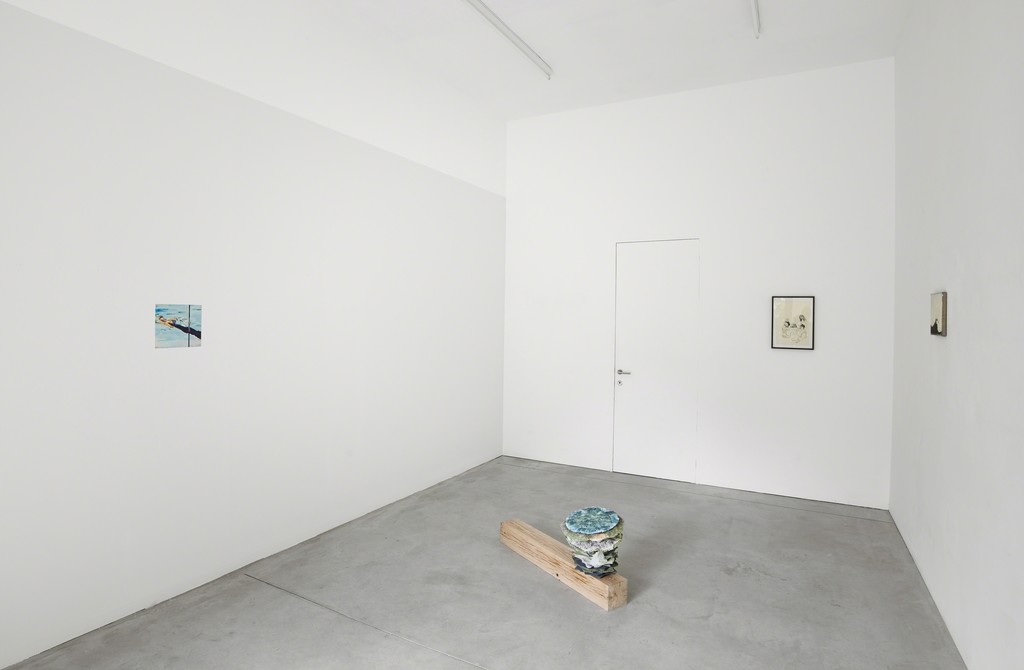 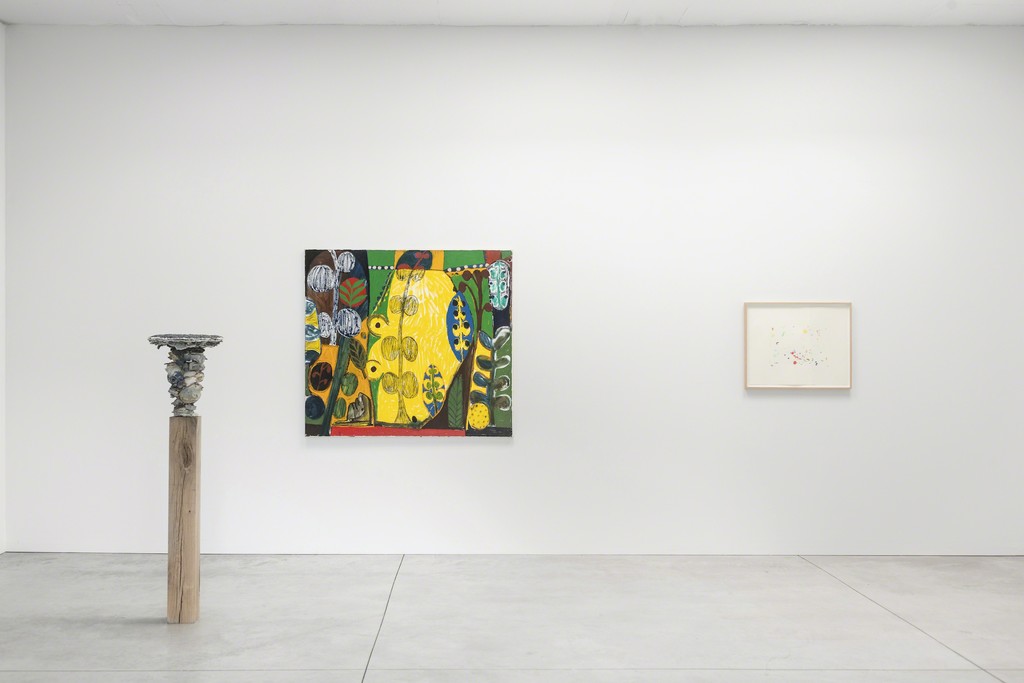 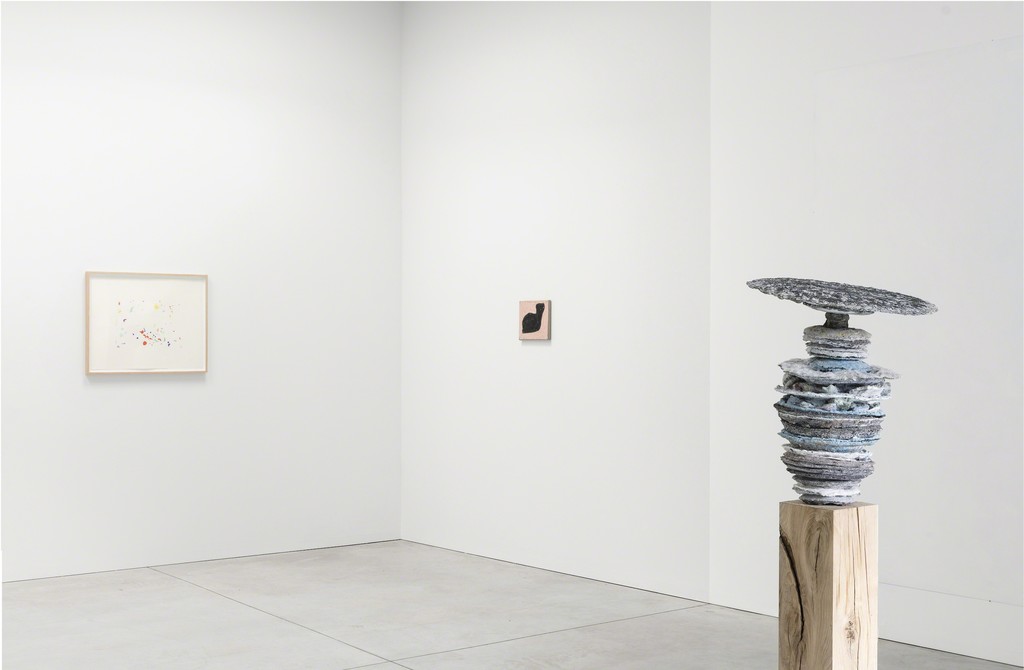 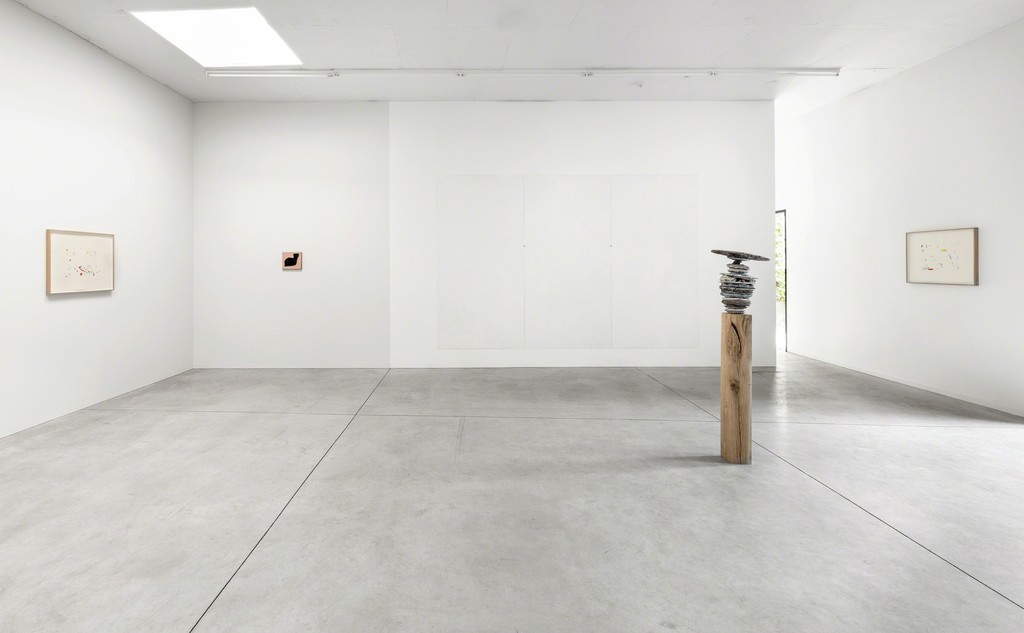 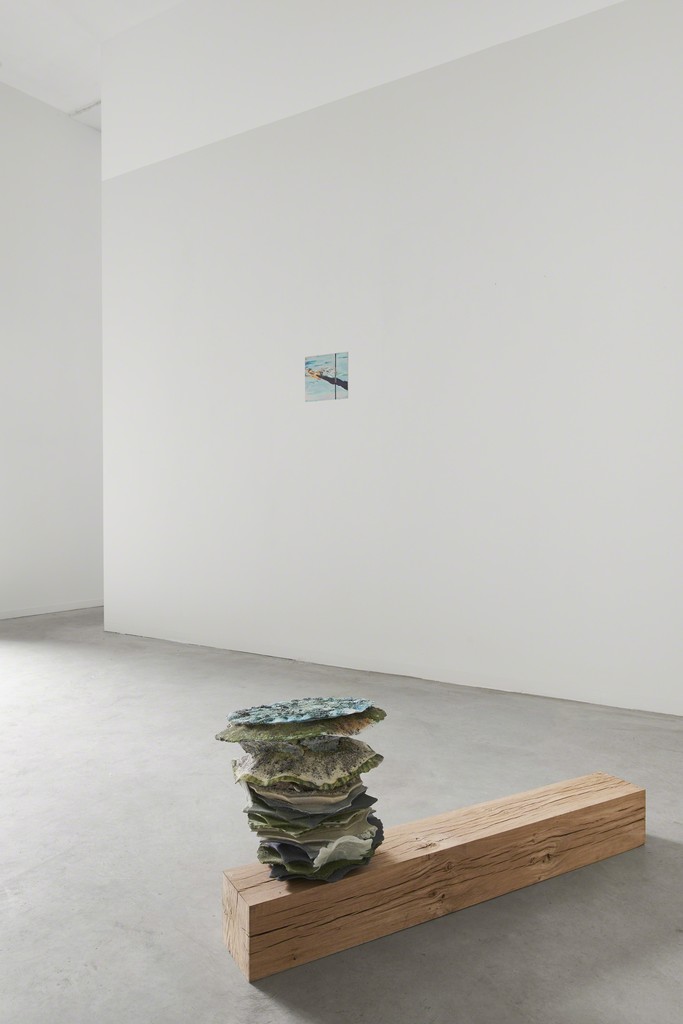 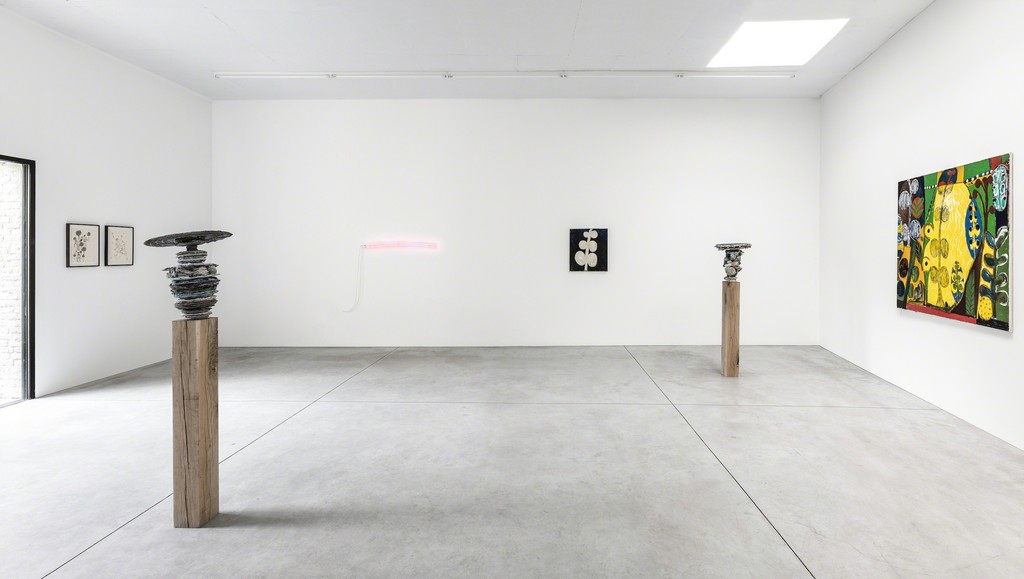 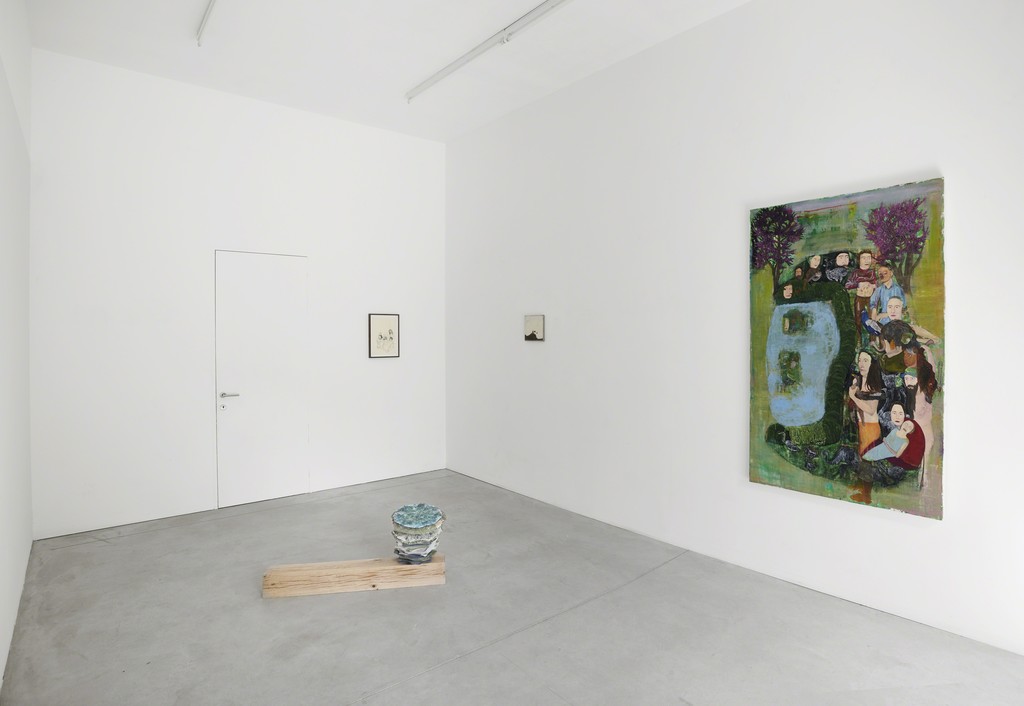 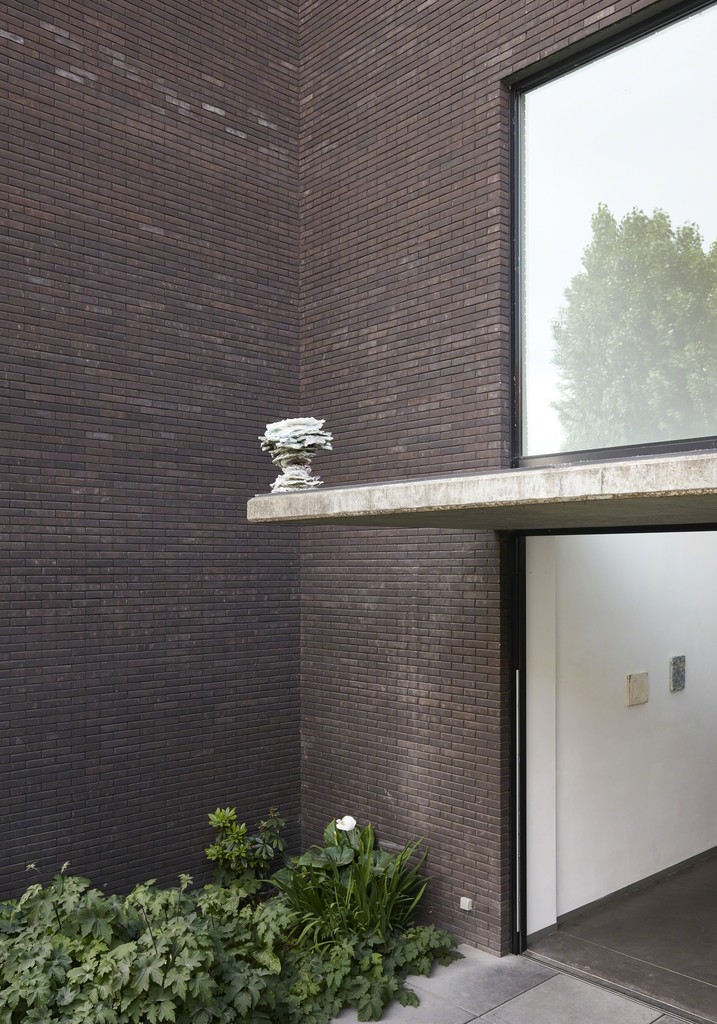 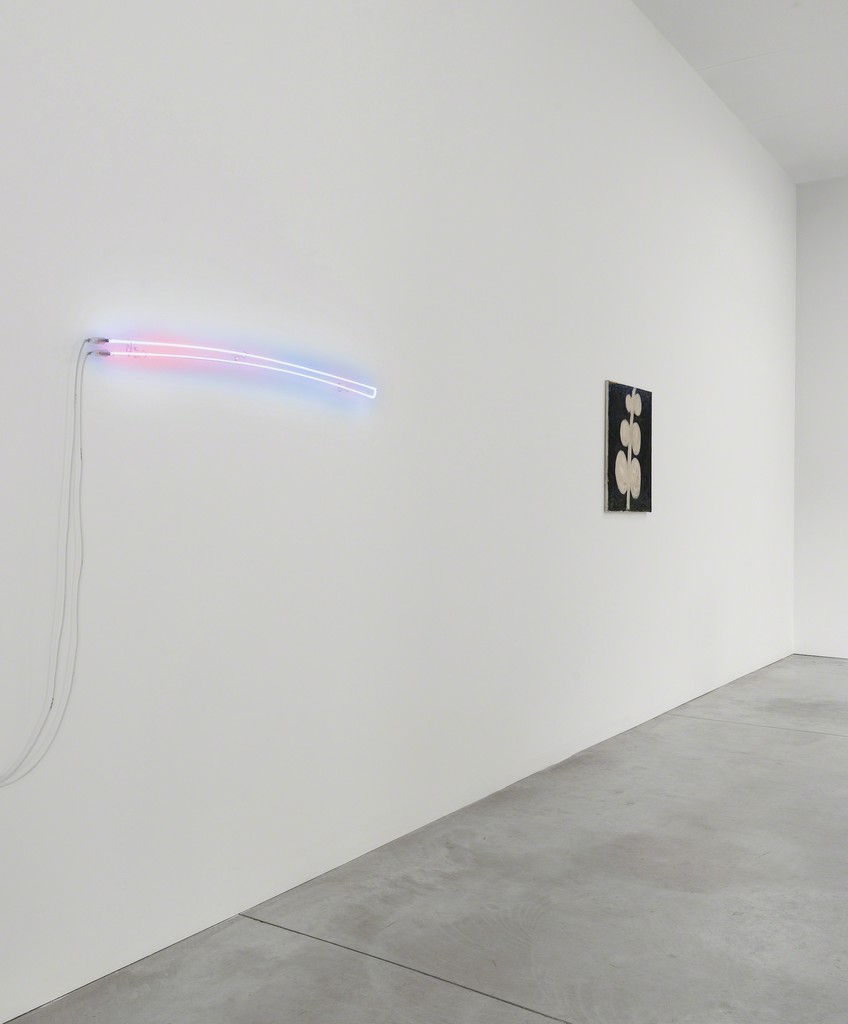 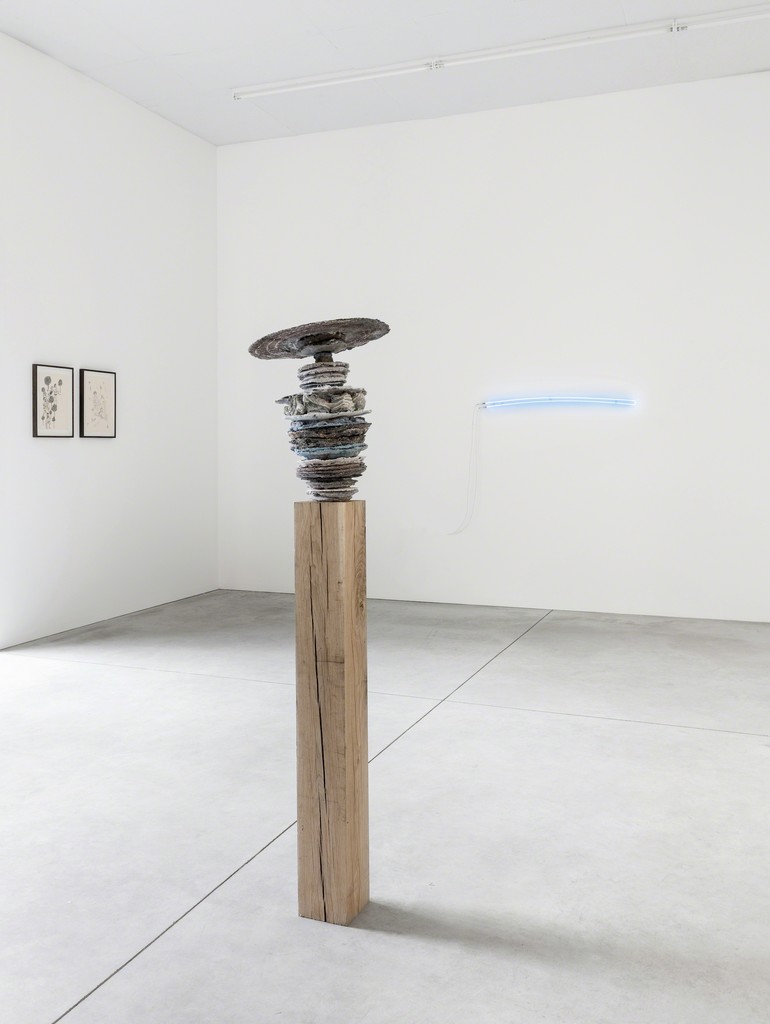 In his paintings and drawings, Bram Demunter (°1993, Kortrijk, BE; lives and works in Ghent) brings together various elements that he hears, sees or reads in his surroundings. Literature is an important source of inspiration: Demunter connects various narrative lines to an often absurdist scene full of comical stereotypes and mysterious figures. All human emotions are addressed and expressed in the subtle mimicry in the faces, the strange postures and the interaction between the characters.

The diverse oeuvre of Roberta Gigante (°1986, Arpino, IT; lives and works in Ghent) includes subtle interventions in the public space, but also delicate installations and drawings. Her attention always goes to what is invisible but tangible, to forgotten stories or moving and simple everyday objects, ideas and images. In a process of continuous research she tries to test and thoroughly understand the material she is working with.

The painterly investigation of Emmanuelle Quertain (°1987, Brussels, BE; lives and works in Brussels, winner of the Young Belgian Art Prize in 2015) is not limited to painting itself. Quertain explores the possibilities and limits of her medium by testing the image and the technique, as well as the presentation and status of the work. The series of images in this exhibition show fragments from advertising panels of a German travel agency that tries to attract a potential customer to exotic destinations. For Quertain this exoticism is as problematic as the production of images today, because both are at the service of mass consumption. Inspired by the hanging system of the billboards, she also shows three 'neutral' blank panels. There is the consideration to realize an image within the boundaries of the carrier, but these remain - for the time being - 'RAL white’: a tint that should be universally reproducible, but was applied by Quertain in her own unique way. The work now merges with the white wall it carries, before it transforms into something else, in May 2019.

The leitmotiv in the work of Alberto Scodro (°1984, Marostica, IT; lives and works in Vicenza and Brussels) is the experience of space, time and matter. Scodro's sculptures arise from an extensive process of collecting, alchemical transforming and stacking, to eventually arrive at 'natural' materials, which are reminiscent of crystals, coral reefs and other geological processes and structures. He also uses and transforms technological components (lamps, and other objects produced on an industrial scale) and thus bridges the daily reality of contemporary man and the pristine landscape. The works themselves have a natural logic but are also always connected to a context where they come from and in which they are (temporarily) placed.

The intuitive visual language in the canvases and drawings by Tuukka Tammisaari (°1984, Lahti, FI; lives and works in Helsinki) balances between abstraction and figuration. Always starting from a source of inspiration such as nature, psychology, (art) history and popular culture, Tammisaari captures his own impressions of shapes, colors, stories and images in his typically rough brushstrokes. The titles are a guideline for what lies behind the different layers of paint and overlapping geometrical surfaces and motifs. There is a playful and poetic dynamic in the way he surprisingly combines his palette of sometimes earthly, often lively color tones.