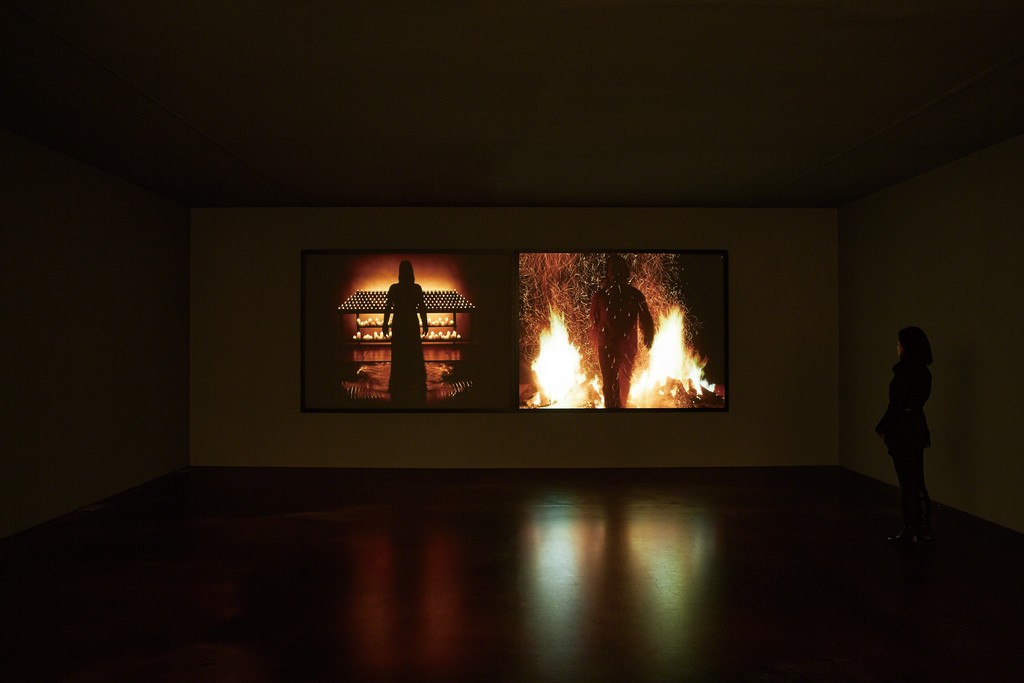 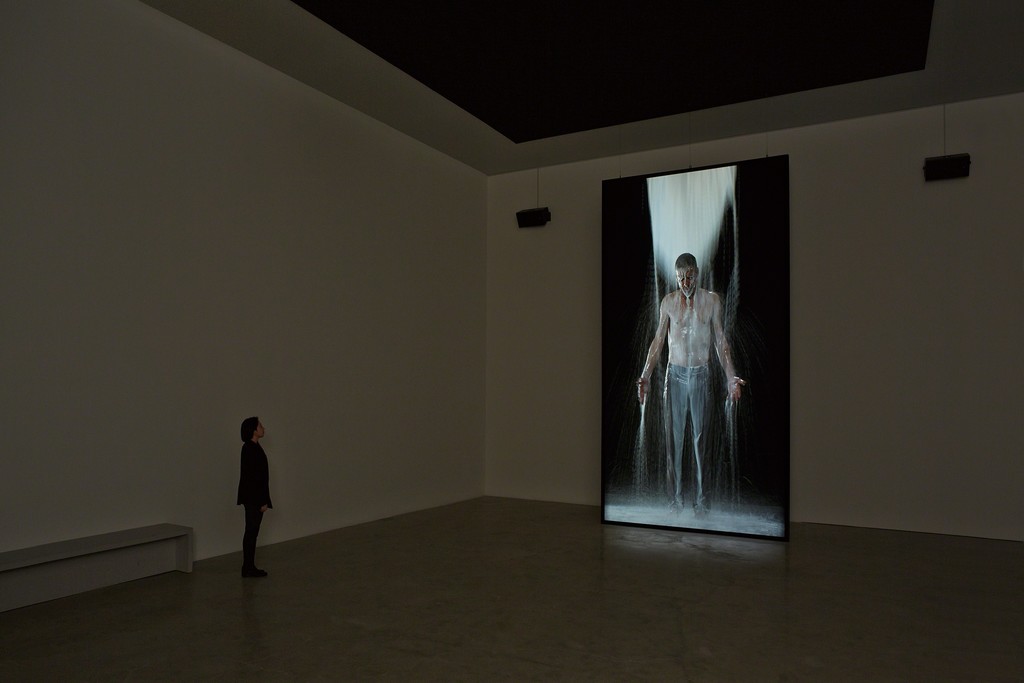 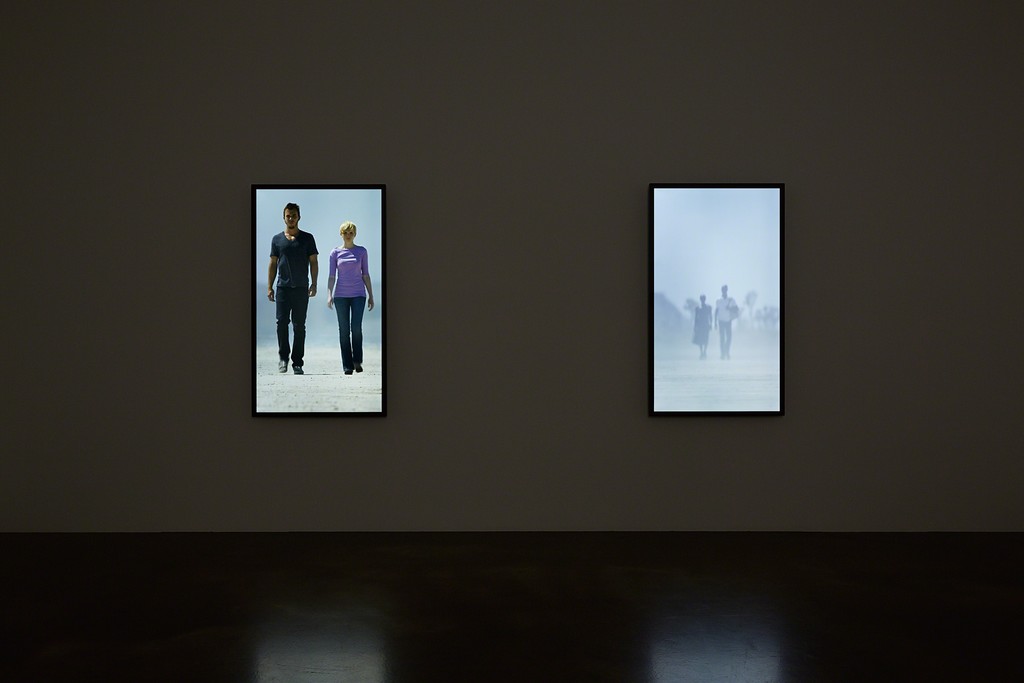 “…after years of working with video, I experience time as a palpable substance. It's the most real material that I know.”

Kukje Gallery is delighted to present a major exhibition of new works by Bill Viola. This will be his third solo exhibition at Kukje Gallery. Comprised of seven video installations, the exhibition will provide an overview of his works created from 2005 to 2014.

Spanning more than four decades, Bill Viola’s artistic practice has consistently redefined contemporary art, expanding the boundaries of video and challenging our understanding of time-based imagery. Viola’s work has come to be synonymous with exploring the human experience. Jérôme Neutres writes, “there are three metaphysical questions Bill Viola has been wrestling with for forty years: Who am I? Where am I? Where am I going?”

By asking these fundamental ontological questions, Viola frames the visceral quality of time, allowing his viewers to have a moment of awareness in the act of looking and listening. This is apparent when watching Inverted Birth (2014), installed in K3. The largest of the seven featured video projections in the exhibition, this piece shows a man deluged by liquids that change in color and consistency. Exploring the unknowable moment of human birth, the protagonist undergoes a series of shifts in consciousness mirrored in the eyes of the viewer.

Viola’s dramatic use of time in his videos powerfully reveals how the underlying architecture of perception affects human emotions. Presenting his subjects under extreme pressure in vignettes of profound catharsis, Viola frames the seminal moments of consciousness such as birth, death, and rebirth. His interest in the limits that define human experience is further explored in his other major work Night Vigil (2005/2009). Installed in K2, this work emerged out of an epic four-hour-long video piece Viola completed for Richard Wagner’s nineteenth-century opera Tristan und Isolde, a new production directed by the acclaimed contemporary theater director Peter Sellars. A diptych, Night Vigil is projected on two adjacent screens portraying a woman and a man, separated by darkness, who are drawn to each other, and use fire to light the way. This potent allegory of longing depicts the merging of their individual selves in a world beyond death.

In addition to these two major works the exhibition will include Ancestors (2012), Inner Passage (2013), and Delicate Thread (2012) from his Mirage series. Through these works, the artist utilizes landscape as a metaphor for spiritual seeking, poignantly evoking the desire for untouchable things. Viola has eloquently described how he strives to make this tension visible, saying “I think what's never really been discussed is that what you're looking at is only made possible by the camera. I mean, you cannot perceive mirages that way. You are looking at your desire to enter the mirage…”3 Installed on the ground floor in K2, the works listed above as well as two additional pieces, The Encounter (2012) and Water Martyr (2014), combine in a tour de force, showcasing the unsurpassed vision of Bill Viola.

Bill Viola was born in New York in 1951 and graduated from Syracuse University in 1973. He represented the United States at the Venice Biennale in 1995 with an exhibition titled Buried Secrets. Other key solo exhibitions include Bill Viola: A 25-Year Survey at The Whitney Museum of American Art (1997); The Passions at the J. Paul Getty Museum (2003); Hatsu-Yume (First Dream) at the Mori Art Museum in Tokyo in 2006; Bill Viola: Visioni interiori at the Palazzo delle Esposizioni (2008); and Bill Viola, Grand Palais, Paris (2014). He met Australian-born Kira Perov in 1977 who became Viola’s partner and collaborator.

His background reveals a great deal about his values and emphasis on transformational themes. A student of technology, art, and philosophy, he emerged out of the Fluxus-inspired generation that produced avant-garde innovators including David Tudor and Nam June Paik. Working with both artists early in his career, Viola quickly found his own voice by using technology to create works and adopting the mechanics of the recording process to explore archetypal themes of spiritual and psychological passage. In evoking art historical themes through the modern medium of video, Viola discovered an entirely new genre that has made a momentous contribution to art history.