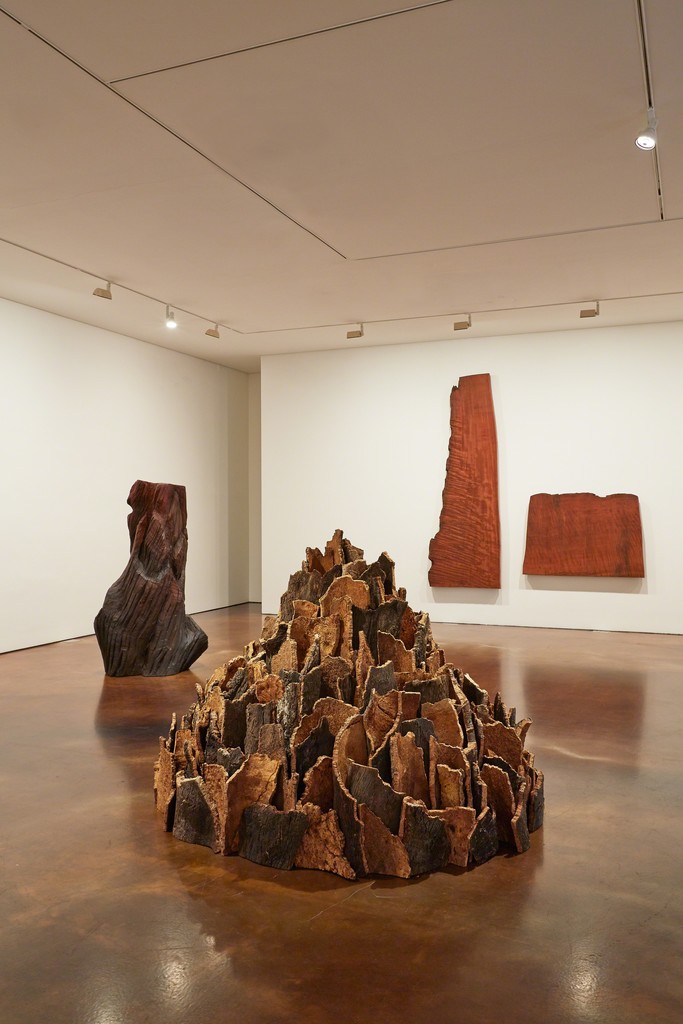 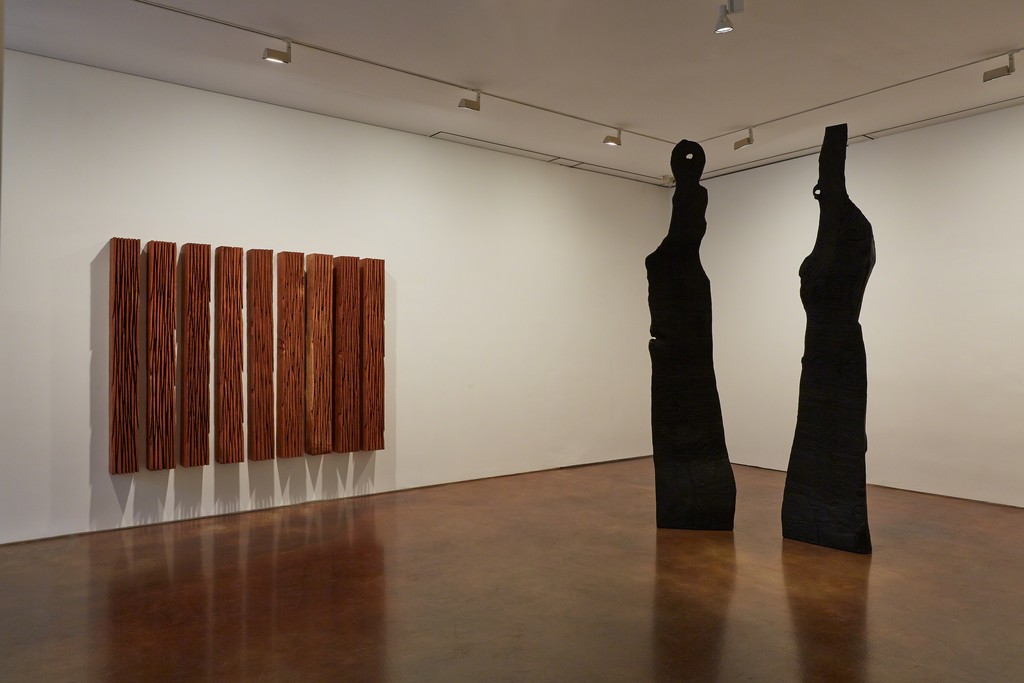 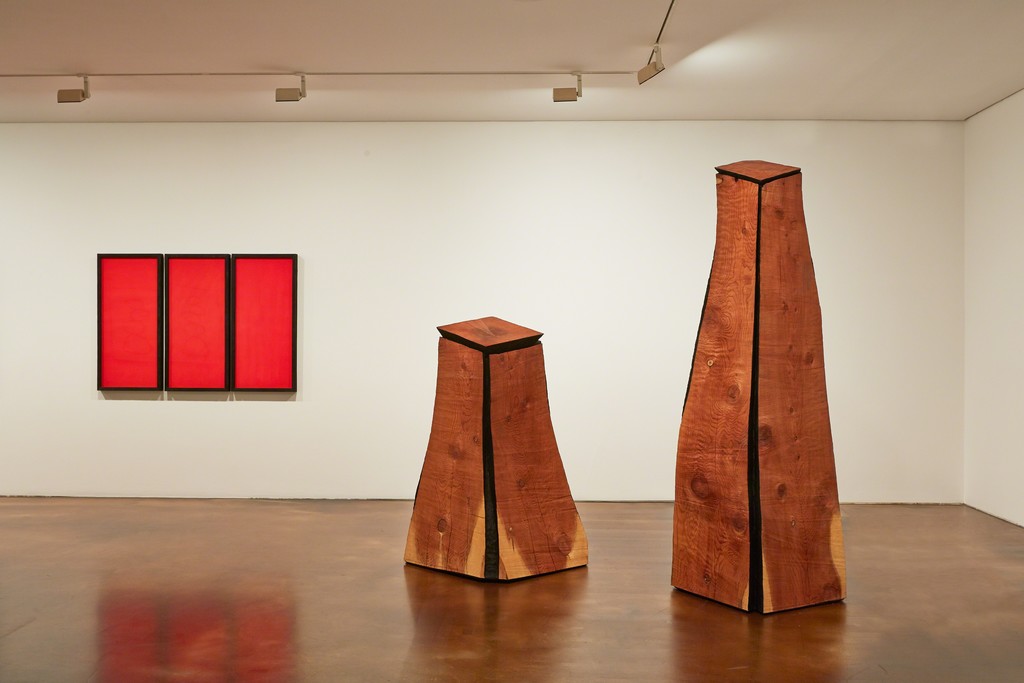 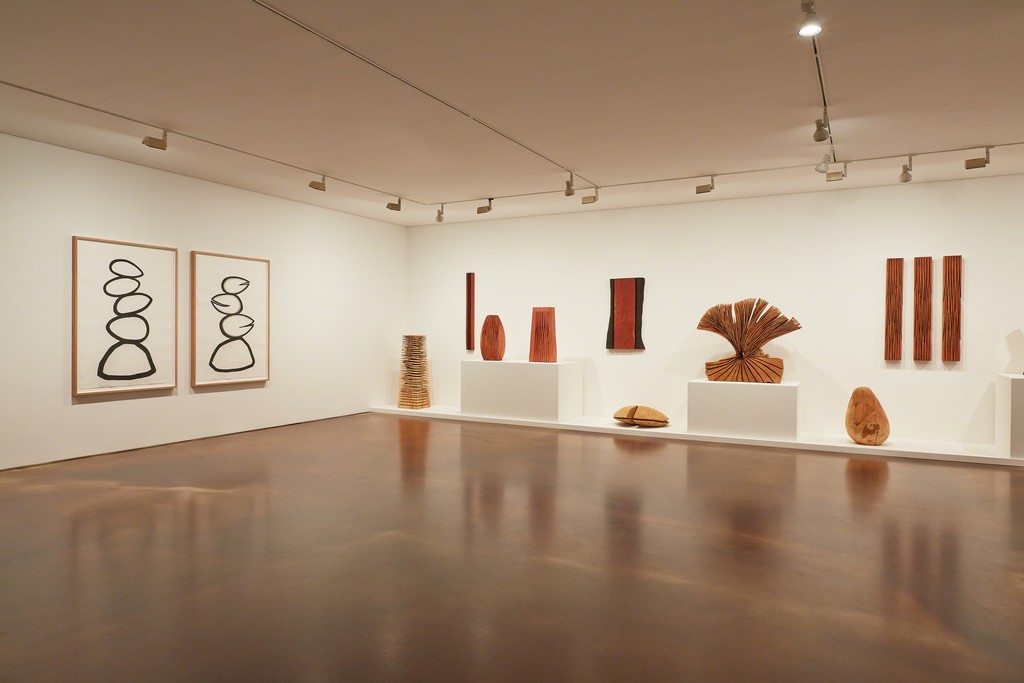 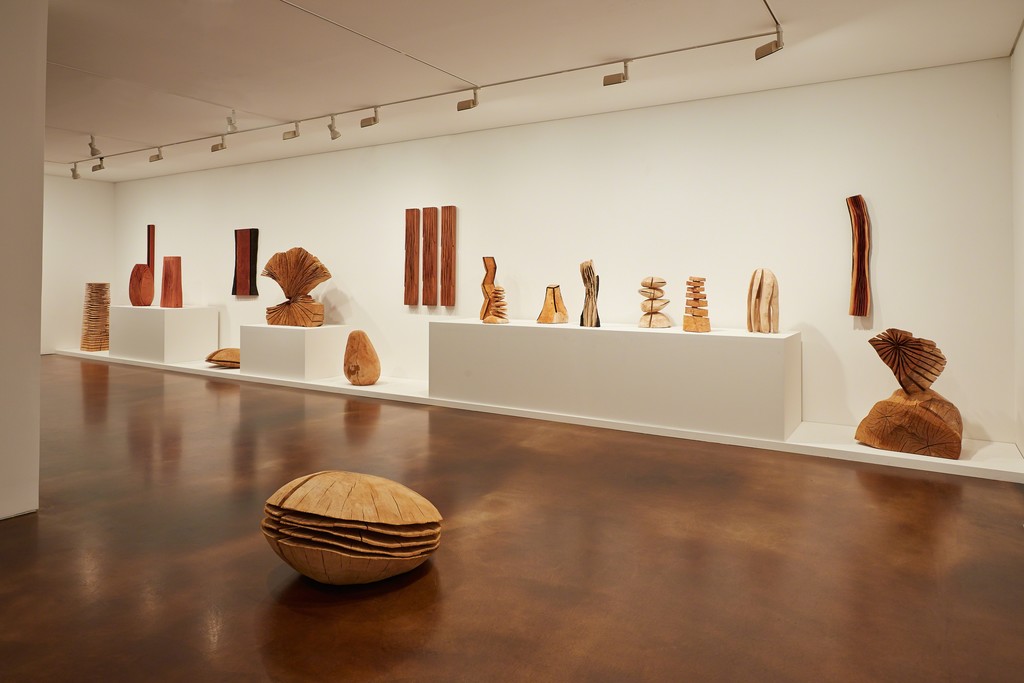 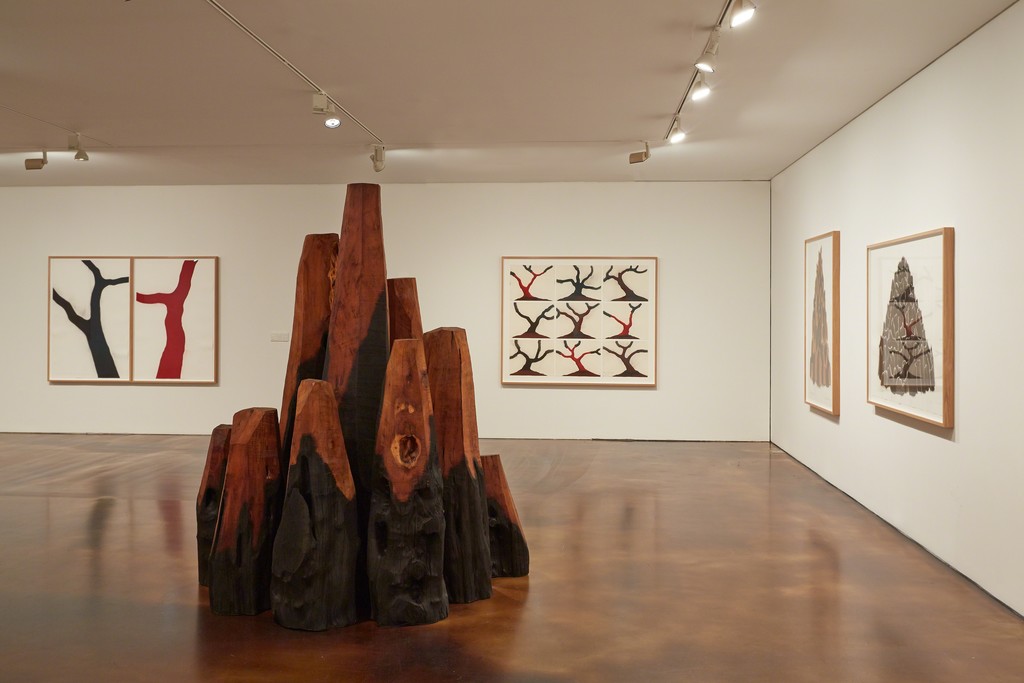 Kukje Gallery is pleased to announce the opening of David Nash, a major exhibition of both sculpture and works on paper by one of the 21st centuries most respected and beloved sculptors. This is his first exhibition in Korea since his last show at Kukje in 2007 and will include works installed in K2.

David Nash is widely celebrated for his ethical approach to nature and the exquisitely beautiful objects he shapes from wood found in the wild. To fully appreciate the rough-hewn and lyrical sculptures wrought by Nash, it is essential to understand how the artist views trees and the role of ecology in his practice. Since the beginning of his prolific career, Nash has been committed to making artworks in concert with his chosen material, using only trees that have fallen naturally due to weather or disease. This relationship to wood as a living medium is defined by his keen sensitivity to the tree’s morphology and, indeed, many of his most recognizable works are shaped by natural elements in the original form. This philosophy is captured in his observation that, “Trees have a life cycle resembling our own. They grow and breathe through day and night and are awake and asleep in turn through the seasons. Trees show their time-story through their form.”

Using a full retinue of tools Nash responds to this "time-story" manifest in the wood–the cracks caused by weather, the varying densities of the grain and the growth patterns that illustrate its life cycle–creating monolithic works that possess powerful symbolic resonance. Sculpting with his precise vocabulary of carving techniques, the artist is able to create works that are simultaneously monumental and intimate, exploring both iconic shapes and abstract forms that refuse easy categorization. This sensitivity to material is evident in all of his works, highlighting the artist's view of nature's innate interconnectedness and what Nash describes as “...senses that are learned – balance, movement, a sense of truth and a sense of time.”

For his exhibition at Kukje Gallery, Nash will present works that showcase his mastery of both two and three dimensions, employing scale, balance, and formal ingenuity as well as his signature approaches to surface patina. In addition to wood, the exhibition includes major new works in bronze as well as works on paper. One of the most immediately recognizable aspects of Nash’s sculpture is his use of dramatic cuts on the surface of the wood, a gestural vocabulary that evokes both man-made pattern and the ineffable face of time. Coupled with this use of flame to char the surfaces, Nash successfully integrates form and surface treatments to create works that feel natural despite their having been shaped by man. Nash’s interest in how material evolves over time has led him to major new works completed in cast bronze, a liquid metal process that in some ways mimics the transformative power of nature to shape form. Whilst massive, works such as Torso and Deep Red Column maintain the sensuousness and surface quality of the wood. In addition, the artist has developed strategies of grouping individual pieces as seen in works such as Cork Dome and Red and Black Dome. By arranging them in concert with one another he is further able to animate his forms, giving them palpable identities that reflect the profound relationship between object and maker.

In addition to nearly forty sculptures in various media, Nash will show two distinct bodies of work on paper. In the first, he has created three triptychs in both red and blue consisting of dense layers of pigment on paper framed in charred wood. In the other suite of drawings, Nash has depicted cork oaks, capturing both their natural forms as well as alluding to his sculptures made from the same species of tree.

Throughout this stunning exhibition the artist’s life-long commitment to nature and the power of raw materials is evident. A tour-de-force showcasing one of the 21st century’s most important voices, this exhibition by David Nash represents a seminal body of work and major contribution to contemporary sculptural practice.

David Nash studied at Kingston College of Art from 1963 to 1967 and at Chelsea School of Art as a Postgraduate from 1969 to 1970. Nash’s first solo exhibitions were held in 1973 at Queen Elizabeth Hall, York and at Oriel, Bangor, Wales. These rapidly led to a series of solo exhibitions throughout the UK and his international reputation was established after his first solo shows overseas were held in 1980 at Elise Meyer Gallery, New York, and at Galleria Cavallino, Venice, Italy. Since then, he has continued to hold solo shows on an annual basis around the world.

Nash’s work has also been included in numerous international key group exhibitions since 1970, including “The Condition of Sculpture” at the Hayward Gallery, London (1975), “British Art Now: An American Perspective” at the Solomon R. Guggenheim Museum, New York and tour (1980) and “Aspects of British Art Today” at the Tokyo Metropolitan Art Museum (1982).
In recent years Nash’s solo exhibitions include “Making and Placing Abstract Sculpture 1978–2004” at Tate Gallery, St. Ives (2004), “Monumental Sculpture” at Kunsthalle, Mannheim (2008), Annely Juda Fine Art, London (2010 and 2012), Yorkshire Sculpture Park, Wakefield (2010–11) and has had a major exhibition at the Kew Royal Botanic Gardens in London (2012-13), which toured to the United States.

Nash was elected a Royal Academician in 1999, the same year in which he was appointed a Research Fellow at the University of Northumbria, Newcastle and was awarded an Honorary Doctorate in Art & Design by Kingston University. In 2000, Nash’s work Cube, Sphere, Pyramid was purchased by the Chantrey Bequest on behalf of the citizens of the United Kingdom. In 2004, Nash was awarded an OBE for services to the arts. Nash currently lives and works in North Wales.