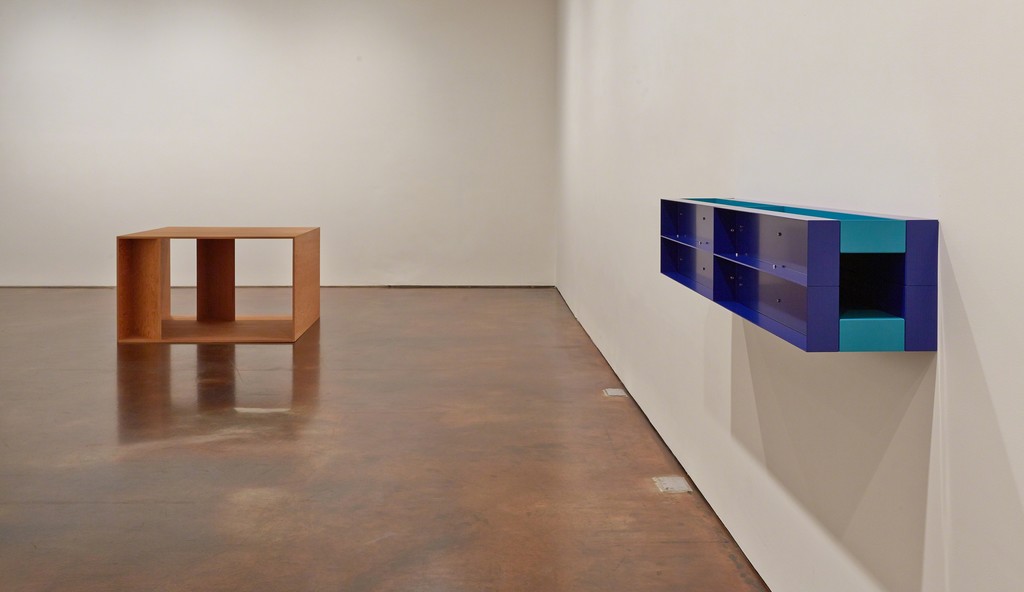 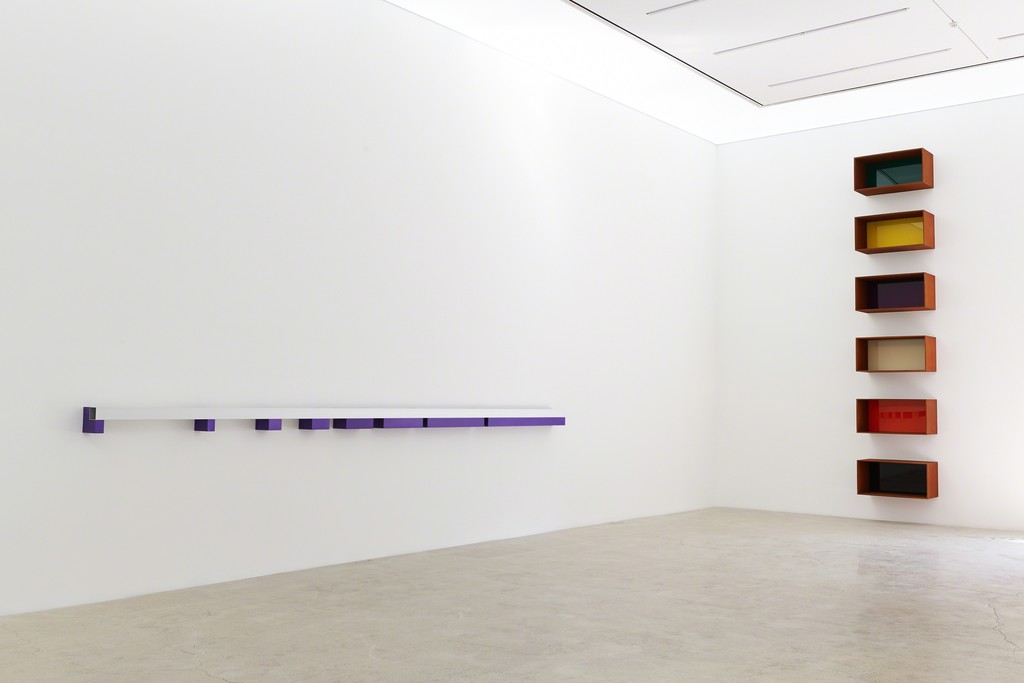 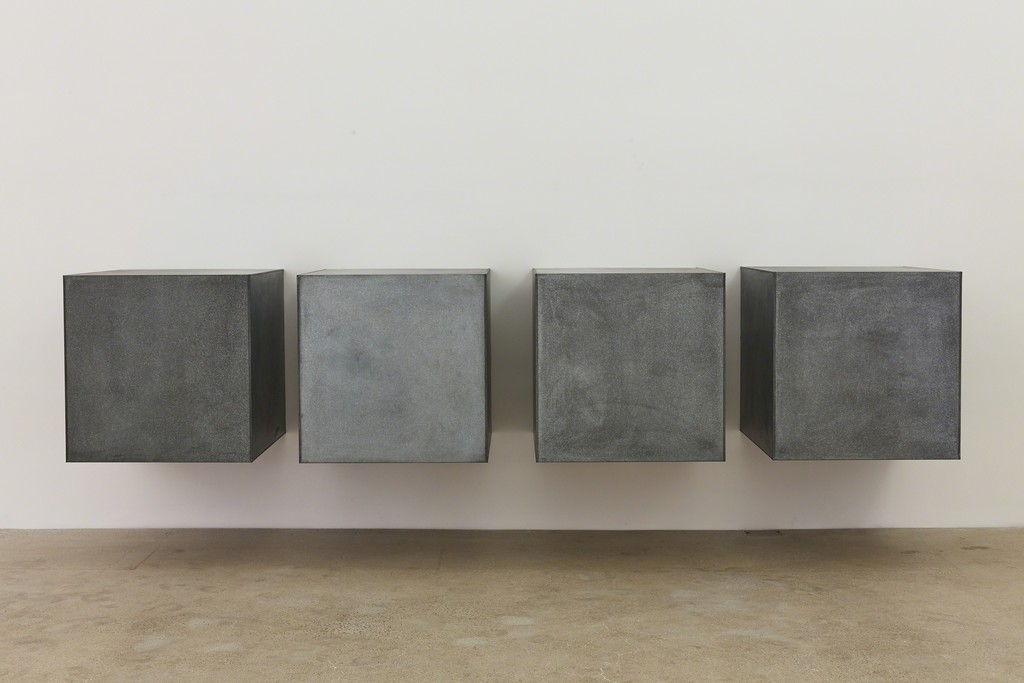 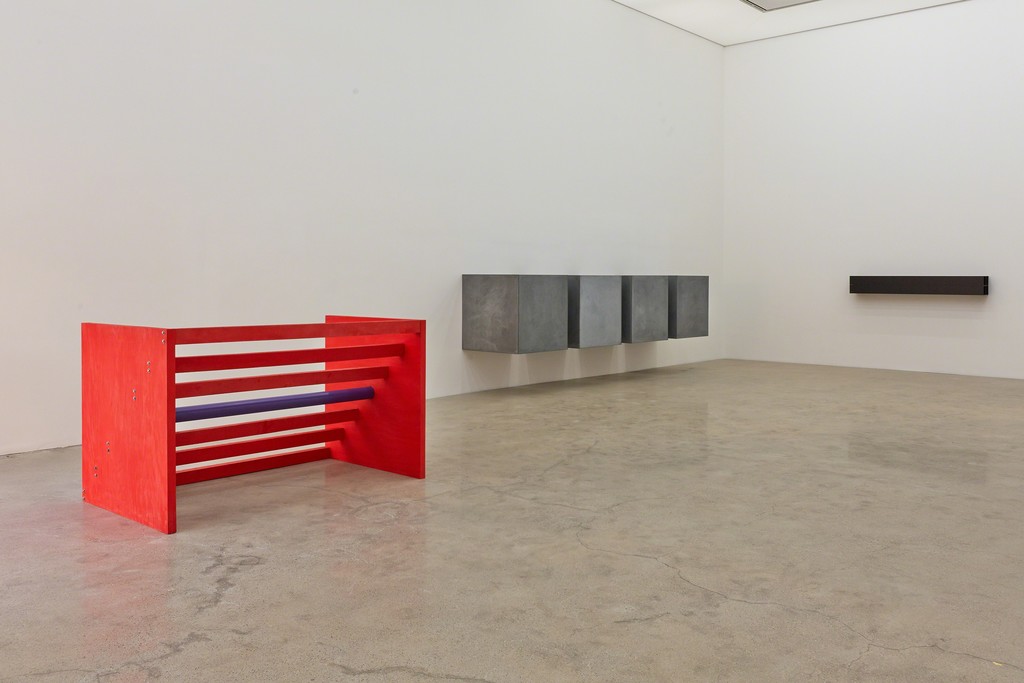 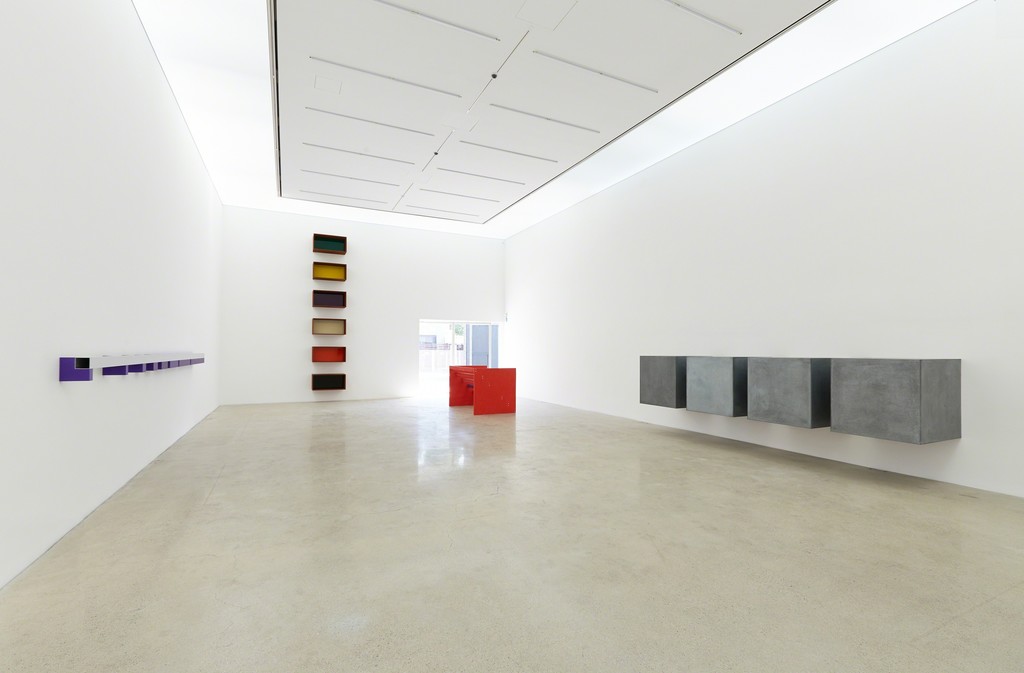 Kukje Gallery is proud to announce the opening of Donald Judd, a major exhibition devoted to one of the 20th century’s most iconic artists. This is the first exhibition at Kukje devoted exclusively to the artist, with fourteen works from the 1970s through the 1990s installed in both the K2 and K3 galleries.

From the early 1960s until his death in 1994, Donald Judd developed a unique practice that fundamentally changed twentieth-century art history. One of the most influential artists of the post-war period, Judd stressed the importance of clearly articulated “specific objects” where every aspect of object making was rigorously explored, from materials and engineering to form, repetition and color. This emphasis on formal inclusiveness, Judd’s prescient embrace of unorthodox industrial materials, and the importance he placed on a work’s installation, can all be seen throughout the galleries at Kukje in pieces installed both on the wall and on the floor.

Although widely identified with Minimalism, Donald Judd strongly objected to this term as being overly general and a misinterpretation of his philosophy. Instead, Judd coined the term “specific objects” in a now seminal essay published in 1965 that emphasized the rapidly expanding field of visual arts, and the importance of making simple objects that made a clear and powerful statement.

To accomplish his ideal Judd created work that explored basic geometrical forms and utilized unique but everyday materials. Refined over an incredibly prolific career, many of Judd’s works took the shape of “boxes” or “stacks,” which he would arrange according to repeated or sequential progressions. This emphasis on the relationship between objects underscored the artist’s strident view that a work be given enough space and, if possible, be left on permanent display to allow its full power to be felt.

Throughout his life’s work Judd used industrial materials such as plywood, steel, concrete, Plexiglas, and aluminum, choosing them both for their structural characteristics and their rich surface qualities. In addition, the artist used professional fabricators whose expertise with their chosen medium allowed Judd to create extremely refined objects—a level of mastery of materials that has led many to emphasize their perfect or industrially made appearance. This tension between object and maker is precisely the clarity of purpose that inspired Judd and allowed him to develop an incredibly sophisticated practice where an object’s volume, surface, and interior and exterior spaces all acted in concert to create a “specific object” that was not beholden to symbolic inference.

Highlights from the exhibition at Kukje Gallery include untitled (1991), a painted red rectangular box topped with a bisected aluminum tube. What is so interesting about this work is it reveals how Judd would return to themes repeatedly over the course of his career–in this case, the original form dates from the 1960s. Returning to his early designs more than thirty years later, untitled (1991) underlines his commitment to process and the importance of articulating precisely his vision in three dimensions. Other works include a major “progression” piece (1970), fabricated in clear and purple anodized aluminum that spans nearly 650 cm; a large-scale plywood rectangular floor piece (a 1988 remake of a work originally made in 1963); a multi-colored “stack” executed in Cor-ten steel and Plexiglas in 1992; and three exquisite “Swiss boxes” in red and black, blue and turquoise, and all black.

Hugely influential during his lifetime, Donald Judd’s importance has only grown since his death. Included in major museum and private collections around the world, Judd has been the subject of almost continuous study, revolutionizing the views of not only artists and architects but curators and collectors. During his lifetime exhibitions were held at The Whitney Museum of American Art, New York (1968, 1988); The National Gallery of Canada, Ottawa (1975); Stedelijk Van Abbemuseum, Eindhoven, The Netherlands (1987); and The Saint Louis Art Museum (1991), among others. More recent exhibitions have taken place at The Museum of Modern Art, Saitama, Japan (1999); Walker Art Center, Minneapolis (2001); and Tate Modern, London (2004). Judd’s work can be found in prestigious collections including the Tate Modern and the Tate Britain, London; the Solomon R. Guggenheim Museum, New York; the Museum of Modern Art, New York; the San Francisco Museum of Modern Art, and many others. Permanent installations of the artist’s work can be found at Judd Foundation spaces at 101 Spring Street in New York City, and in Marfa, Texas, as well as the neighboring Chinati Foundation. These superlative locations showcase how Judd believed art should be exhibited: permanently and with profound respect to the artist’s original intentions.