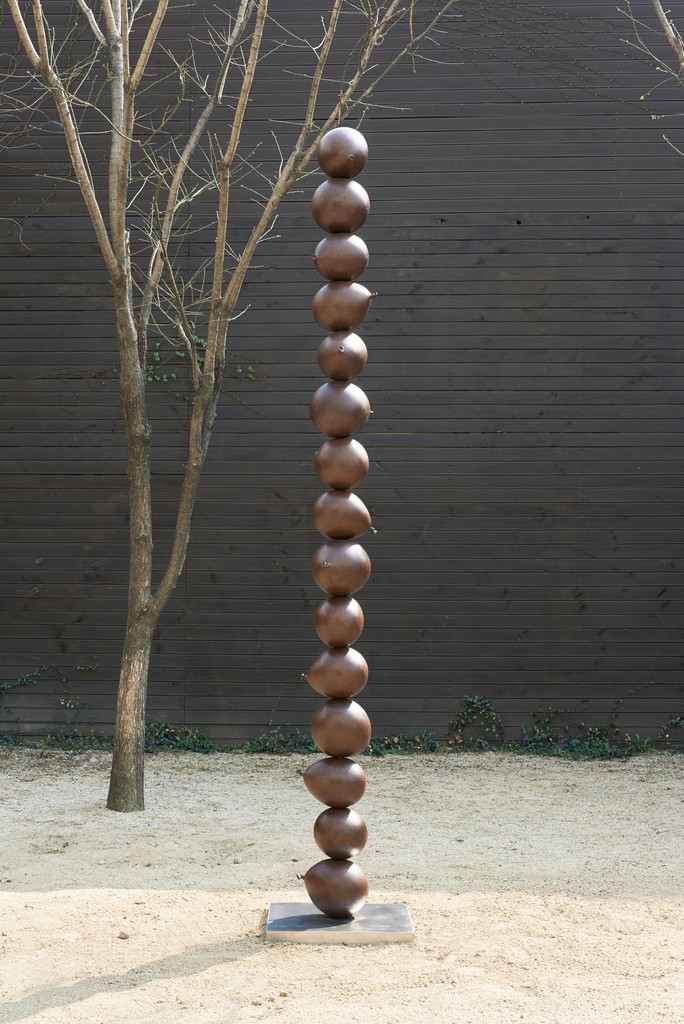 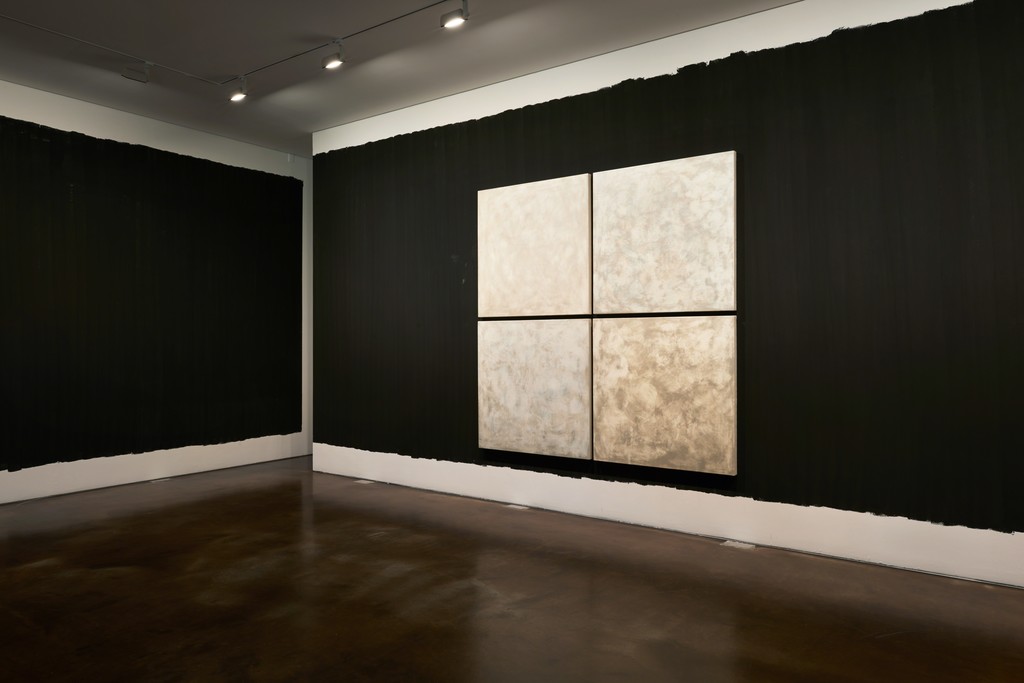 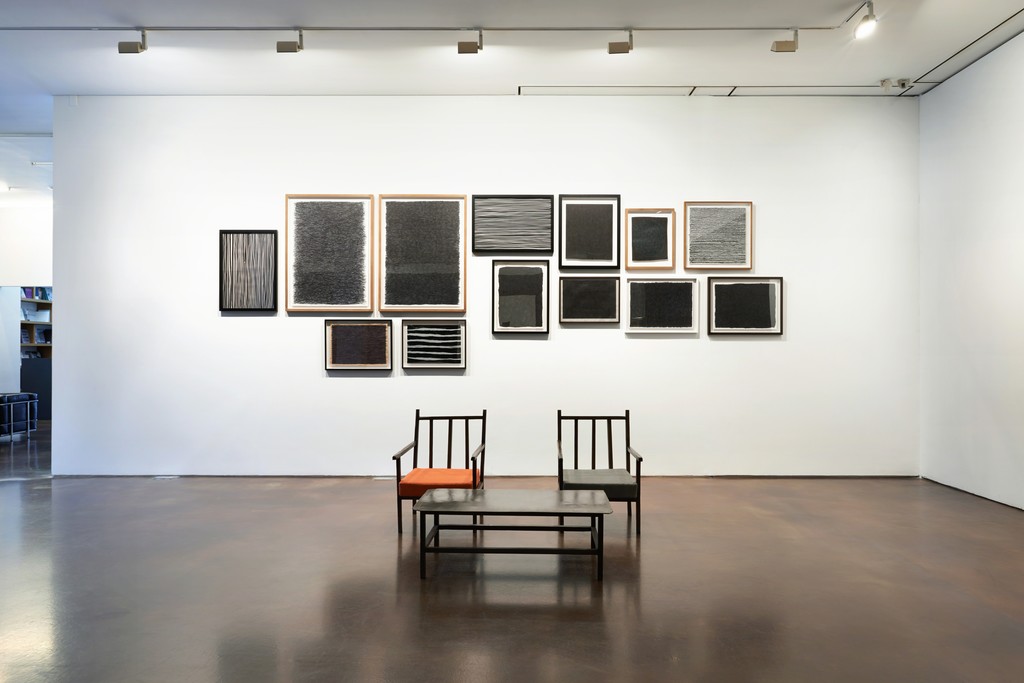 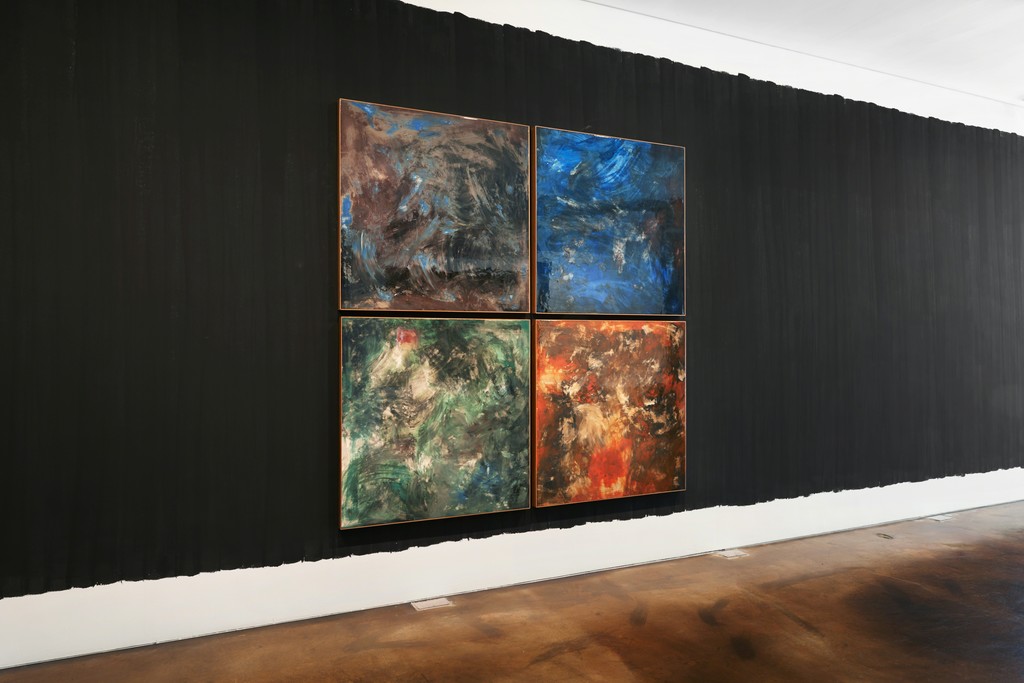 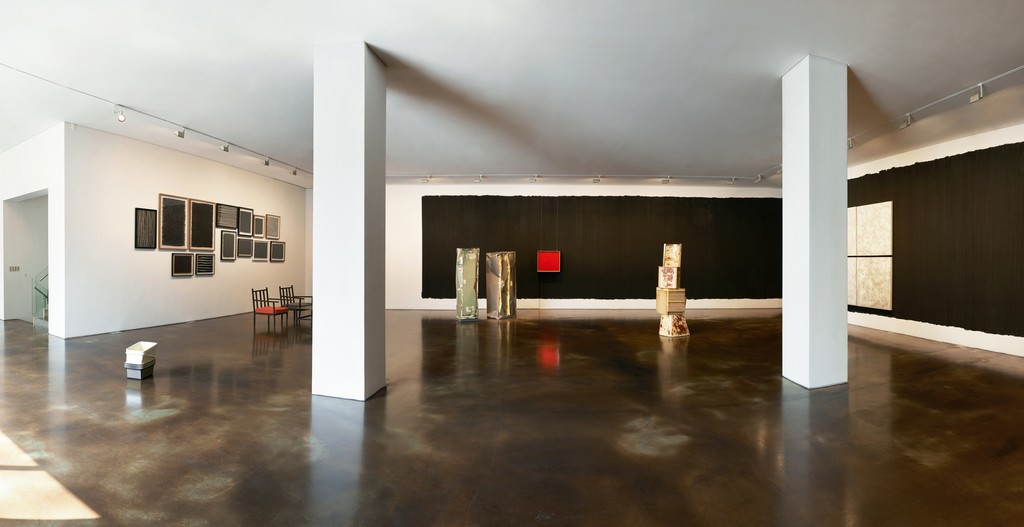 Kukje Gallery is pleased to present Blue Hours an exhibition of new work by Gimhongsok. This is his second solo exhibition at the gallery following his show in 2008. In Blue Hours the artist will present new work from his acclaimed series of MOP paintings as well as new drawings that explore time and labor through the accumulation of marks on paper made using the fine tip of either a ball-point pen or a delicate brush.

All the works included in the exhibition are part of the artist’s ongoing project People Objective begun in 2011. But for his exhibition at Kukje Gallery the artist is presenting his works under the new group title Hourly Art. In this provocative and deeply engaging series Gimhongsok uses day laborers and part-time students to produce his artwork, thereby challenging the value of art and the socio-economic environment that supports its proliferation. In Blue Hours, the title, which alludes to manual work, speaks directly to Gimhongsok’s interest in the social hierarchy of labor and the market forces that assign value. Turning the formula that equates an artist’s industry with marketable goods, Gimhongsok’s proxy laborers follow his instructions to create art based solely on their labor-for-hire, explicitly critiquing the commodification of aesthetics as well as the model in which an artist can employ surrogates to create his or her own art.

This critique is poignantly illustrated in works such as MOP-131014, one of the primary artworks in Blue Hours. In this piece, the artist has painted on a canvas and then hired a laborer to wipe away the painted surface using a mop. Gimhongsok specifically determines the amount of time allotted for this process, thereby framing the painting’s ostensible destruction as another predetermined part of its final production. In this case it takes approximately 1–2 hours for the hired laborer to mop the artist’s canvases (each one is a different color) and they stop only at the artist’s request when he is satisfied with the resulting image. One vitally important factor in Gimhongsok’s conceptual framing of Blue Hours is the creation of a “relationship” between the artist and the hired laborer. This dynamic is defined through the art making process and the response of the participants who raise concerns about the process of transforming their manual labor into “art”, and specifically how the images that were completed as a result of their work became the intellectual property of the artist. This uncomfortable situation frames Gimhongsok’s interest in challenging the traditional definition of art as having been made by an inspired artist and indeed, since the laborers acted on behalf of the artist aesthetically, it also contradicts their commonly held ethical ideal of a social contract and it is difficult for them to justify the exchange.

In this solo exhibition at Kukje Gallery, Blue Hours, Gimhongsok engages deeply with how contemporary society defines and values artwork and how this shifting definition reflects greater shifts in social values. By reframing the process of making, the artist successfully challenges both his own prejudices and those of the viewer examining the resulting artwork.

Born in Seoul in 1964, Gimhongsok graduated from Düsseldorf Kunst Akademie in Germany after obtaining his BA in Fine Arts at Seoul National University. His recent solo exhibitions include Good Labor Bad Art at PLATEAU, Samsung Museum of Art, Seoul (2013), Ordinary Strangers at Artsonje Center, Seoul (2011), and as part of his Xijing Men collective he has presented I Love Xijing-Xijing School at Spenser Museum of Art at the University of Kansas (2013), and Xijing at the Bevilacqua La Masa Foundation, Venice (2011). Gimhongsok has also participated in numerous noted group exhibitions including All You Need is LOVE: 10th Year Anniversary Exhibition at the Mori Art Museum, Tokyo (2013), Korea Artist Prize at the National Museum of Contemporary Art, Korea (2012), the 9th Gwangju Biennale (2012), the 10th Lyon Biennale (2009), Your Bright Future at Museum of Fine Arts, Houston, and Los Angeles County Museum of Art (2009), The Fifth Floor at Tate Liverpool (2009), Brave New World at the Walker Art Center, Minneapolis (2007), the Korean Pavilion in the 51st Venice Biennale (2005), and the 50th Venice Biennale (2003). His works are included in many prestigious institutions including Museum of Fine Arts, Houston, Contemporary Art Museum, Kumamoto, the National Gallery of Canada, Queensland Art Gallery | Gallery of Modern Art, Le Consortium, National Museum of Modern and Contemporary Art, Korea, and the Seoul Museum of Art.