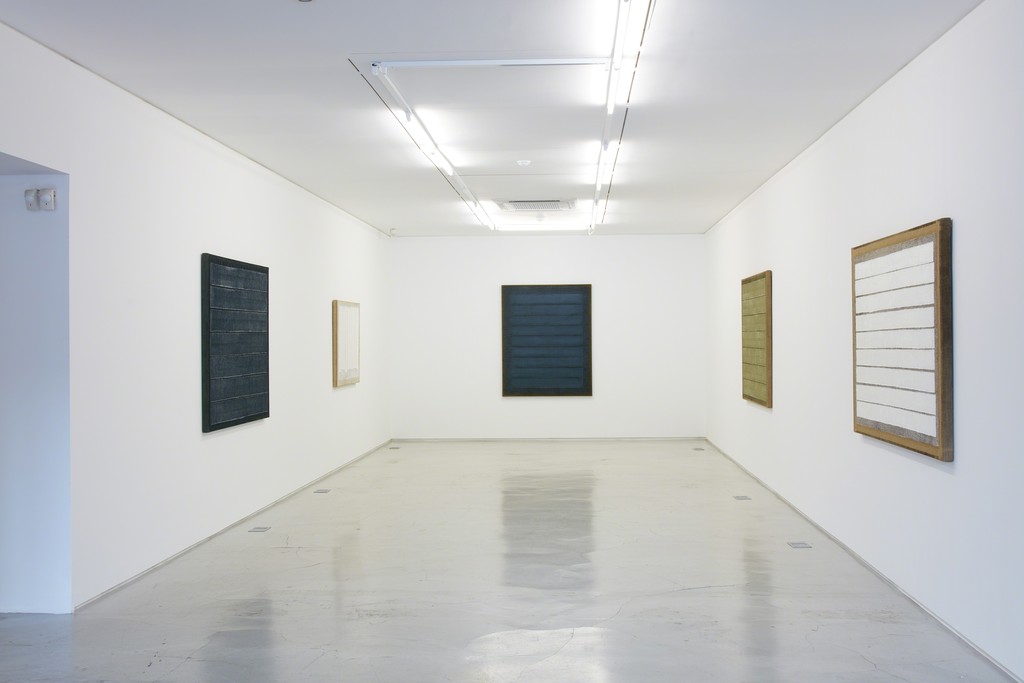 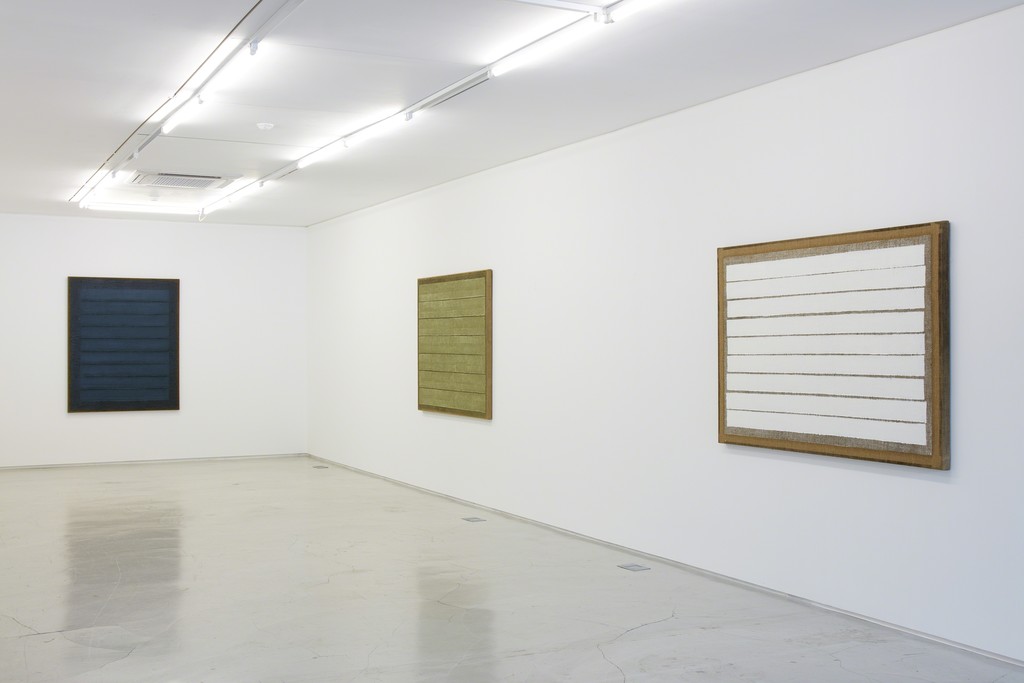 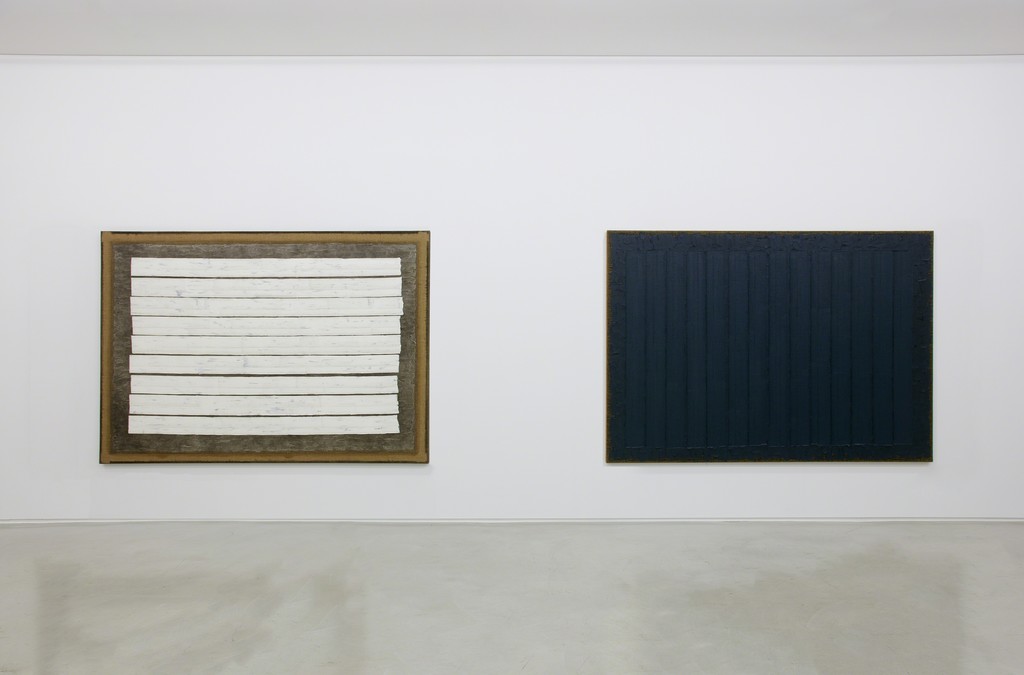 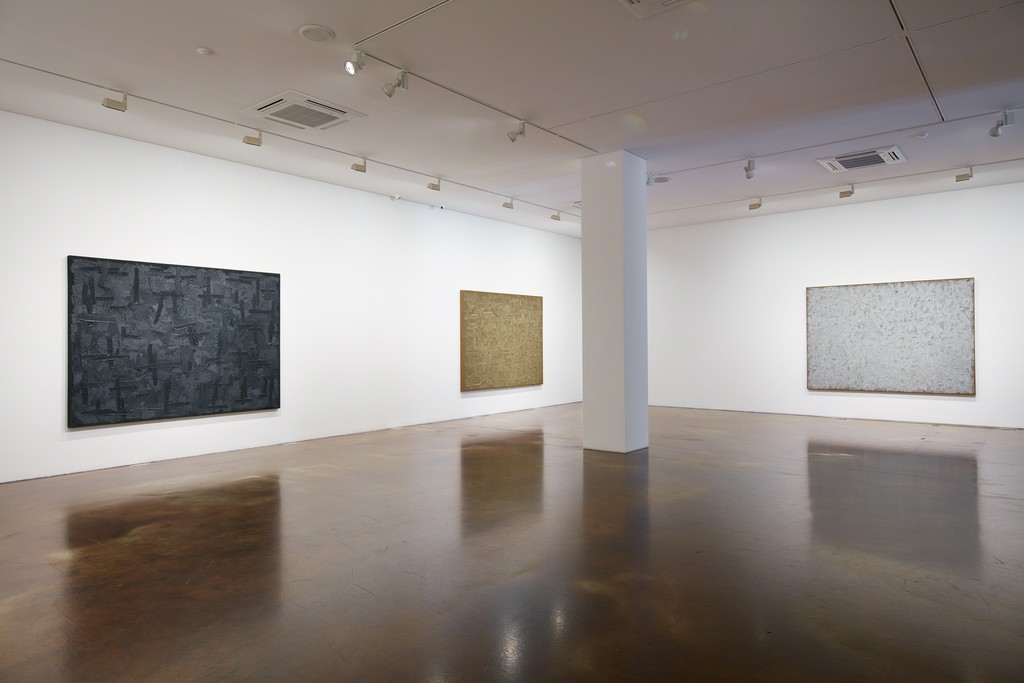 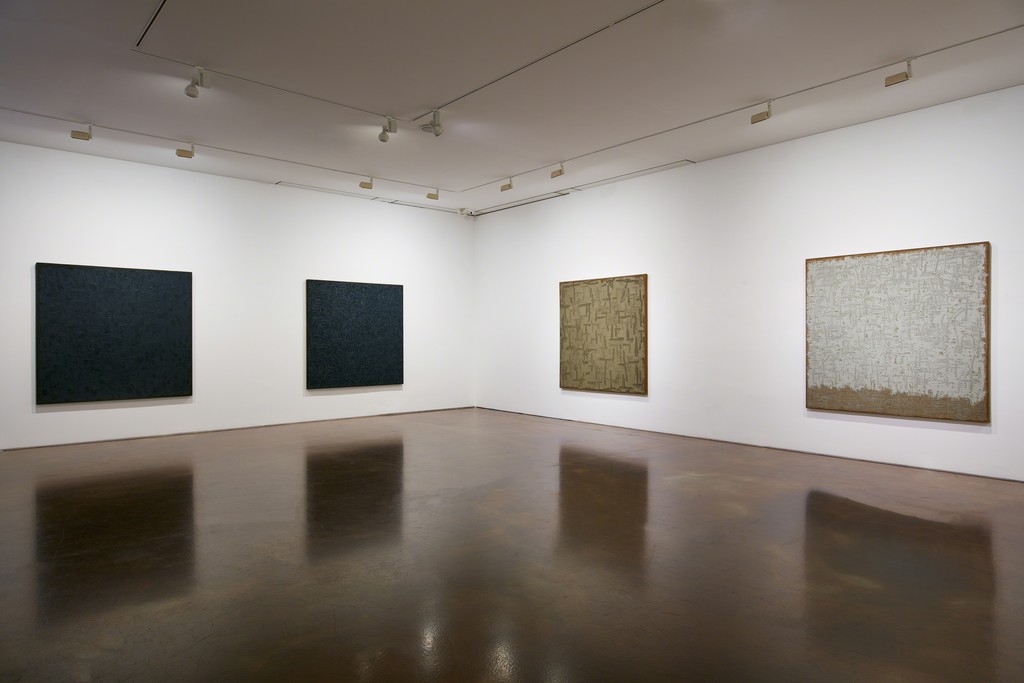 Kukje Gallery is pleased to present a solo exhibition of Ha Chong-Hyun, one of the leading members of the seminal art movement Dansaekhwa. This exhibition provides a comprehensive overview including works from Ha’s more than fifty years of painting. In addition, the exhibition includes new works made specifically for this show. This historic exhibition is installed in both K1 and K2, framing the artist’s unique vocabulary and distinctive use of materials that tie him so closely with Dansaekhwa. In particular, Ha’s mastery of matière, as seen particularly in his Conjunction series, where he uses burlap and paint pushed through the obverse of the canvas to create visceral new surfaces.

Since the 1970s, Ha Chong-Hyun has continued to explore his technique of utilizing both sides of the canvas. This unconventional method of pushing paint through the picture plane illustrates the artist’s defiant attitude towards pre-existing modes of painting, a critical stance that has made him a celebrated voice of Dansaekhwa and an important avant-garde figure in Korea. According to Joan Kee, Professor of Art History at the University of Michigan, Ha’s contributions can be understood best as embodied by his emphasis on materiality rather than the genre of monochrome painting. The modes of expression in Ha Chong-Hyun’s practice of “Dansaek” can be seen as experimental research, investigating the way performance combines with material choices to complete a composition.

In this way the Dansaekhwa that Ha Chong-Hyun has pursued for half a century does not try to signify or define a certain aesthetic strategy, but can be expressed through the artist’s physical action and interaction with the canvas. It is also born out of the belief that the most modest expression or application of color can activate a painting. This emphasis on the performance of painting can be seen clearly in Ha’s use of soot in his most recent work. According to the artist, a new color is born when a work that has been painted white is subsequently saturated with heavy char smoke. For Ha this unique process produces an unprecedented natural color that cannot be artificially created. Rather than being a performance, this physical process again showcases his interest in research methodology and his ability to discover more natural ways of expression by investigating the properties of materials.

Ha’s approach creates a naturally occurring color on the canvas, effectively representing a phenomenon of aging or the patina of weather. In this way the earthen colors and his use of black not only possess a specific tonal range, but also resemble traditional Korean roof tiles that grow discolored due to rain and the passage of time. For the artist this emphasis on familiar colors and material specificity is of particular importance. Within the philosophy of Dansaekhwa, color can exist as a specific object, and from this perspective, a work results in a synthesis between its evocation, paint, and action. The American critic Robert C. Morgan has observed that Ha’s consistent use of the title “Conjunction” to name his series of works is a clue to understanding his work. He argues that the title proposes a type of aesthetic experience and suggests the merger suggested by the title describes a narrative theme and also refers to a collision between the spiritual and the secular.

This exhibition, the artist’s first comprehensive solo show with Kukje Gallery, provides an invaluable opportunity to both review his historic contribution to Dansaekhwa and to further extend the conversation about the role of painting in post war art. Still active and making exceptional works of great subtlety and beauty, Ha Chong-Hyun continues to add to his legacy as one of Korea’s most important master artists.

Ha Chong Hyun’s method of pushing thick paint through the obverse side of stretched hemp canvases is acknowledged as the artist’s own unique sculptural process, similar to Lucio Fontana’s definitive method of puncturing the canvas and Frank Stella’s method of emphasizing the outline of the support. Concise and tranquil, Ha’s most well known series Conjunction explores various unorthodox and traditional materials such as newspaper, paper, barbed-wire, and the empty grain sacks used to send USAID food following the Korean War. These materials can be thought of as prosaic everyday objects that embody the social consciousness of that time. When considered in their historical context they allow the viewer to connect to the artist’s childhood and the way Ha’s artisitic evolution mirrors the changing values of the latter part of the 20th century. Throughout his career Ha has focused on oil painting, treating paint as a substance. His unique method of pushing paint from the back of the canvas has been interpreted as embodying the repressed pain and anger that resulted from Korea’s rapid industrialization and complex socio-political issues that continue to shape the country.

Ha Chong-Hyun has lived and worked in Seoul since graduating from Hongik University, in 1959. Awarded an honorary doctorate degree from Hongik University, he served as the Dean of the Fine Arts College from 1990-1994. From 2001 to 2006 Ha was the Director of the Seoul Museum of Art. He was the subject of a major retrospective at the National Museum of Modern and Contemporary Art, Korea, Gwacheon (2012). In 2014 Ha mounted a critically acclaimed solo exhibition at Blum and Poe Gallery, New York. Ha has exhibited both nationally and internationally at venues such as Palazzo Contarini Polignac in Venice (2015), National Museum of Indonesia, Jakarta (2014), Daegue Art Museum in South Korea (2011), Prague Biennale 4 (2009), Busan Biennale 5 (2008), and Mudima Foundation of Contemporary Art in Milan (2003). His works are included in public collections at prominent institutions including Museum of Modern Art in New York, Solomon R. Guggenheim Museum, Art Institute of Chicago, M+Museum in Hong Kong, Tokyo Metropolitan Art Museum in Japan, National Museum of Modern and Contemporary Art in Korea, Seoul Museum of Art in Seoul, and Leeum, Samsung Museum of Art in Seoul.