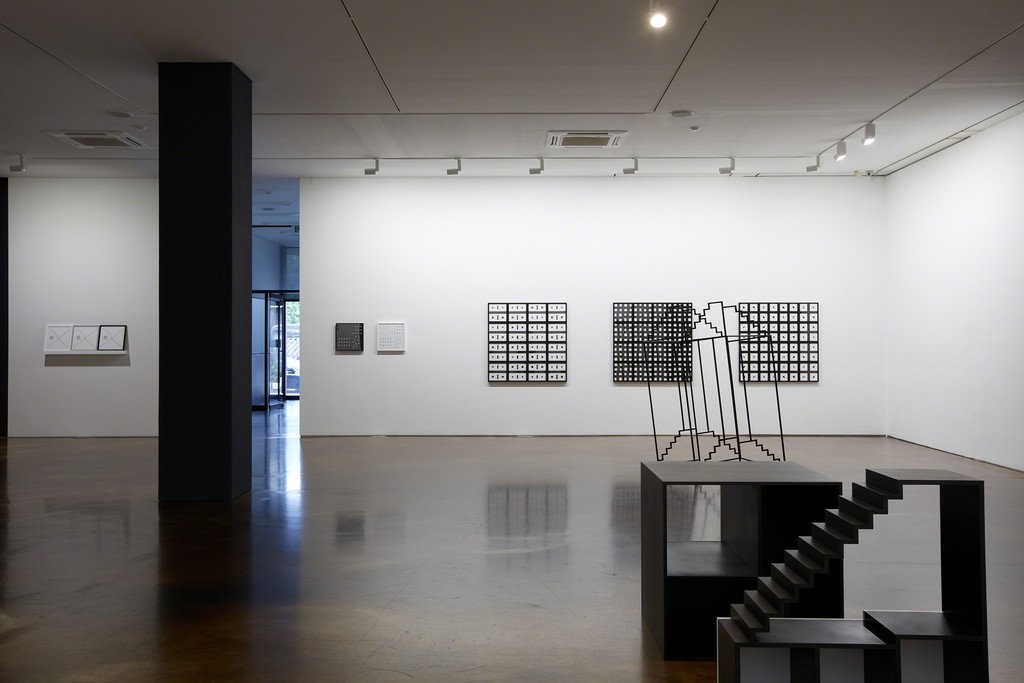 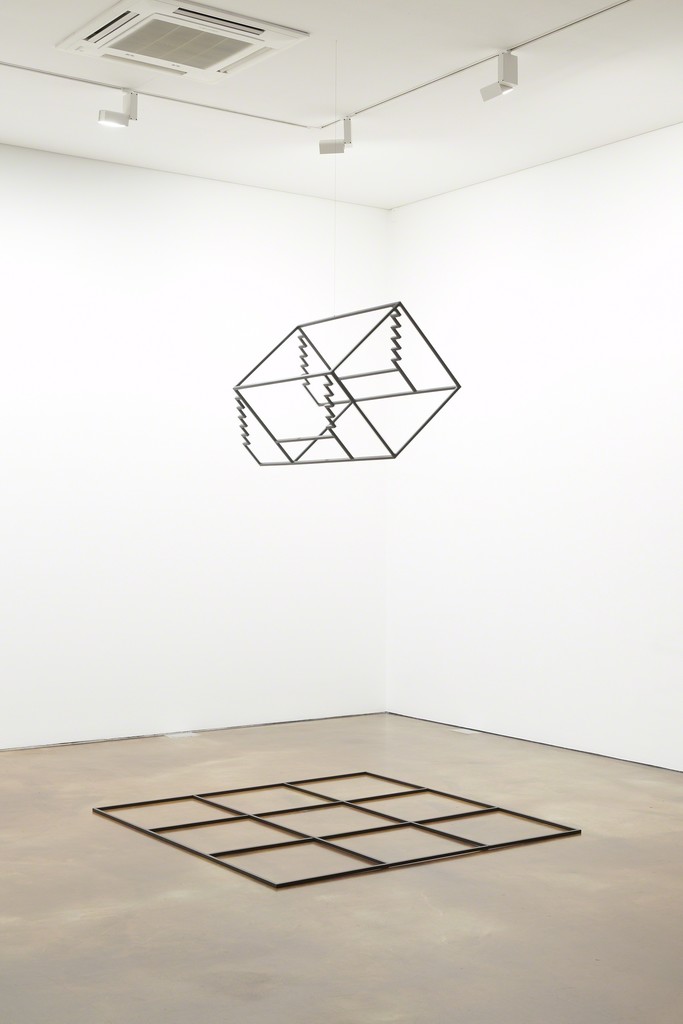 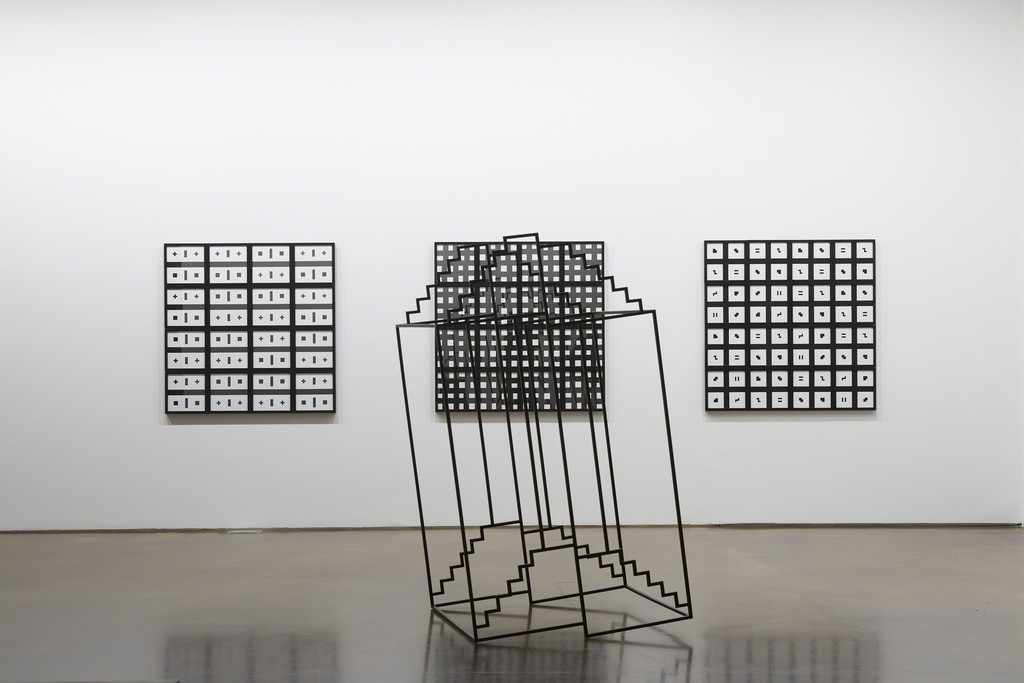 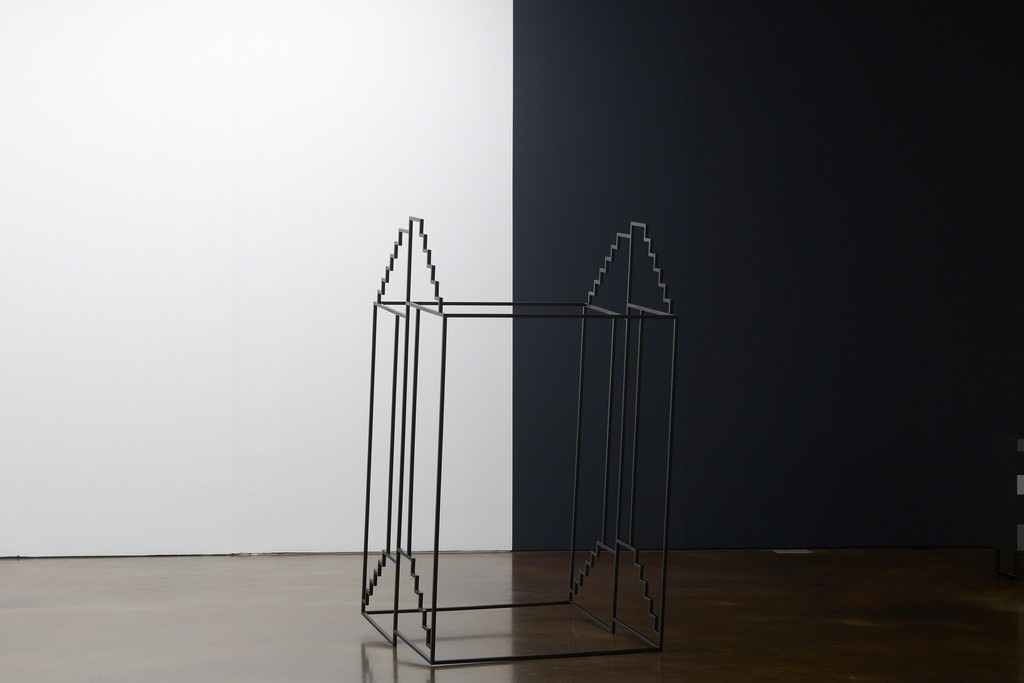 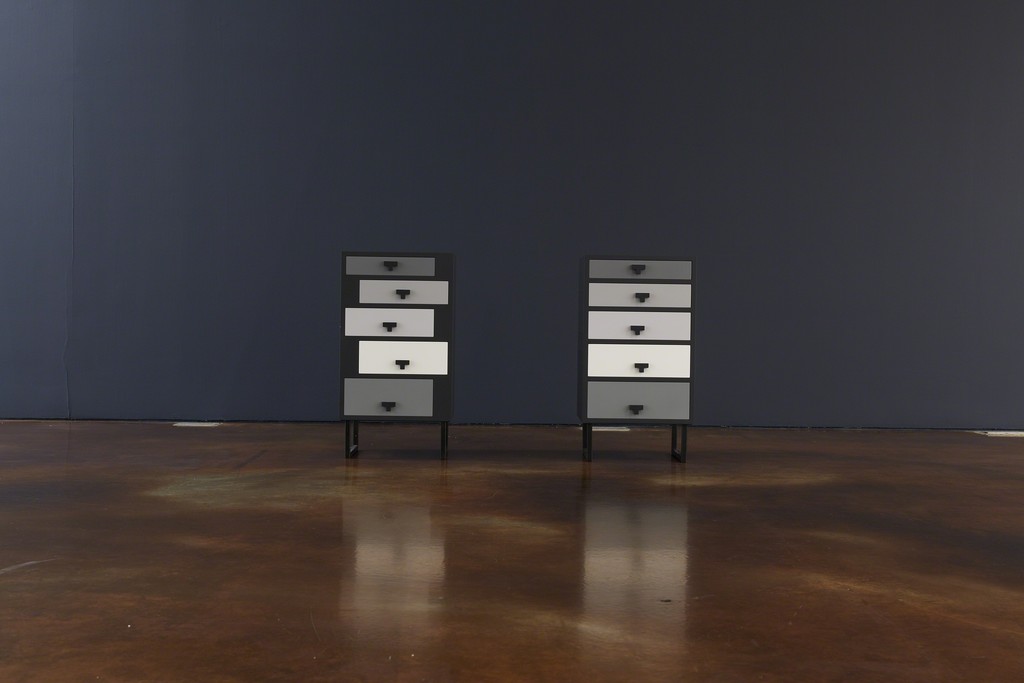 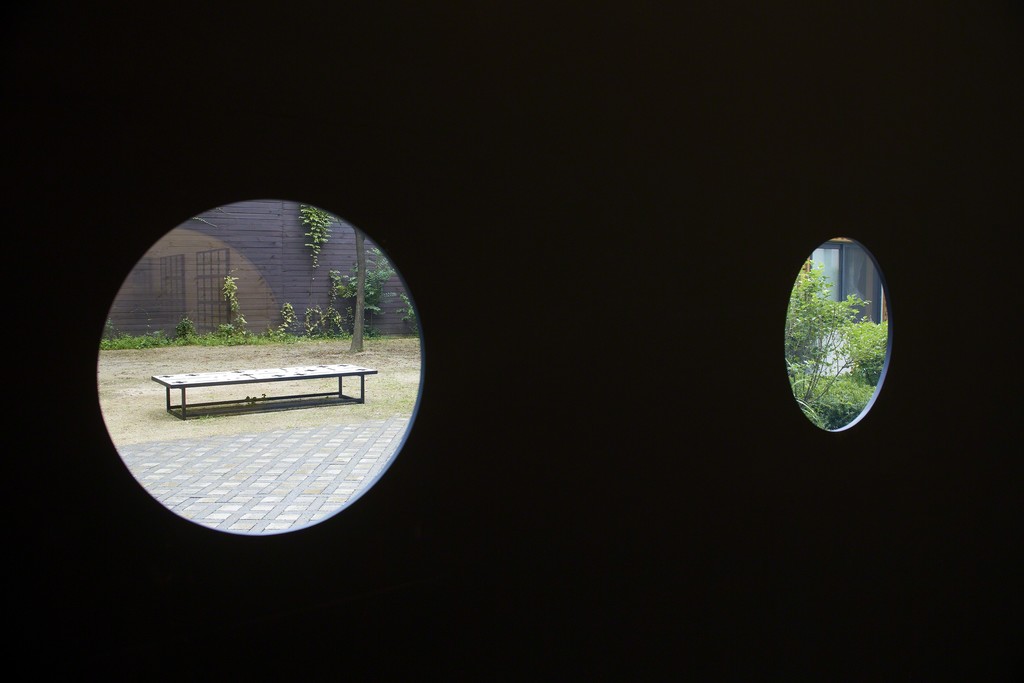 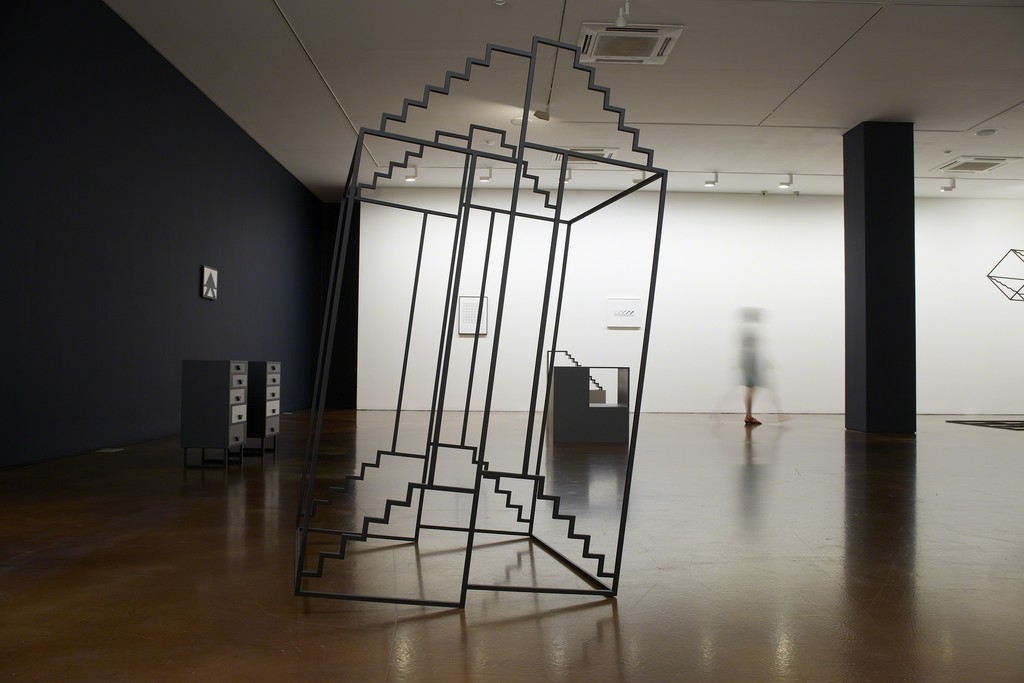 “Looking back, it seems that I was always looking back. The past is fixed, and the future is infinitely uncertain. In the end, this is about the passage of time, and about everything that changes with time.” - Hong Seung Hye

Kukje Gallery is pleased to present Reminiscence, a solo exhibition by Hong Seung Hye. This is the artist’s sixth solo exhibition at the Gallery. This unique exhibition presents new works, retracing the images and methods used in her older pieces, created as part of her on-going project Organic Geometry, which began in 1997. In this regard, Reminiscence is a retrospective created by new works.

Organic Geometry is a body of work that explores how form is generated in much the same way that life is germinated, and about how spaces, in turn, are constructed with such forms. With this project, the artist creates forms through the combination and accumulation of pixels, the basic unit digital imagery, that she manipulates using a computer program. In her process, the quadrangular grid is not fixed, but proliferates through endless permutations, combinations, repetitions, and dissolutions. For Hong, the new image created using this process gains motion that is organic and dynamic. It also shows disorder and dissonance when the artist tempers the formal stability of the logical grid with segmentation. Over the years, the artist’s organic-geometric images have gone through a number of formal transformations as they were moved out of the computer monitor (where they were generated) into three dimensions, where they inhabit everyday spaces in various ways. These transformational exhibitions include: Over the Layers (2004), to push to the limits the layers of time and space; Debris (2008), a repetition of segmentation and combination; On & Off (2008), to be on and off the grid simultaneously; Musical Offering (2009), to embrace musical order visually; and All about Frames (2010), a continuous attempt to renew the frame. Building on the ongoing mutability of these forms, Reminiscence is an opportunity to show work from Hong’s past exhibitions in new iterations through transformations in form and material.

On the first floor, the artist presents works in grayscale that form a series of variations in size and material which stem from the artist’s earlier representative works. For example, the artist re-presents her computer drawn silkscreen prints she began in 1997 as inkjet prints. She transforms an image of a drawer printed on aluminum panel made in 2000 into an actual furniture piece, and her mural painting Reminiscence (2004) is re-created as an aluminum panel thereby blurring the boundaries of painting and sculpture. Debris, a series of wall reliefs realized in 2008, is now displayed on the floor to amplify its architectural qualities, and Hong has condensed and synthesized ideas from MORE INTERESTING THAN ART (2008) to create MORE. Further, On & Off, originally made of red-lacquered wood has been dismantled and is now shown in achromatic metal, occupying space both on and off the grid. Hong has also newly realized a temporary floor installation, About Frame (2010). Finally, a series of circular frames that the artist used in the late 1990s are re-created as an installation that connects the spaces inside and outside the building, and in so doing they frame the outdoor garden landscape where a tiled reproduction of Daybed from 2000 is installed. As such, Hong references the images and forms of her earlier works to continually challenge the ideas of Organic Geometry.

On the second floor, Hong presents Ricercare à 6, a new large-scale video installation in black-and-white. This work is an investigation of The Sentimental series, which the artist has worked on in the past decade and is comprised of six Flash animations. The title Ricercare à 6 is derived from The Musical Offering by J.S. Bach, a classical fugue that uses counterpoints to combine and contrast two or more melodies. Hong uses the same method of composition in the installation by combining six videos that were each produced at different times over many years. Though initially individual videos seem to clash with one another to create dissonance, gradually they find their place, and unique sounds of each component can be heard.

Each of the many organic-geometric variations in Reminiscence are based around a grid that reproduces, divides, and proliferates without hierarchy. The show itself is reproduced as a giant and dynamic installation with each individual work in the gallery functioning as a constituent element in the larger grid in which Hong’s geometry continues to evolve organically.

Born in Seoul in 1959, Hong Seung Hye studied fine art at Seoul National University, receiving her B.F.A. in 1982. She went on to attend Ecole Nationale Supérieure des Beaux-Arts (The National School of Fine Arts) in Paris, graduating in 1986. Since then, Hong has held more than twenty private exhibitions and participated in numerous group shows both in Korea and abroad. Beginning with her 1997 show Organic Geometry at Kukje Gallery, Hong’s work has demonstrated a deep interest in exploring the possibilities of actual spaces and forms created using computer pixels. A recipient of the Total Art Award (1997) and the Lee Joong Sup Award (2007), Hong currently holds a position as a professor in the Department of Fine Arts at Seoul National University of Science and Technology.