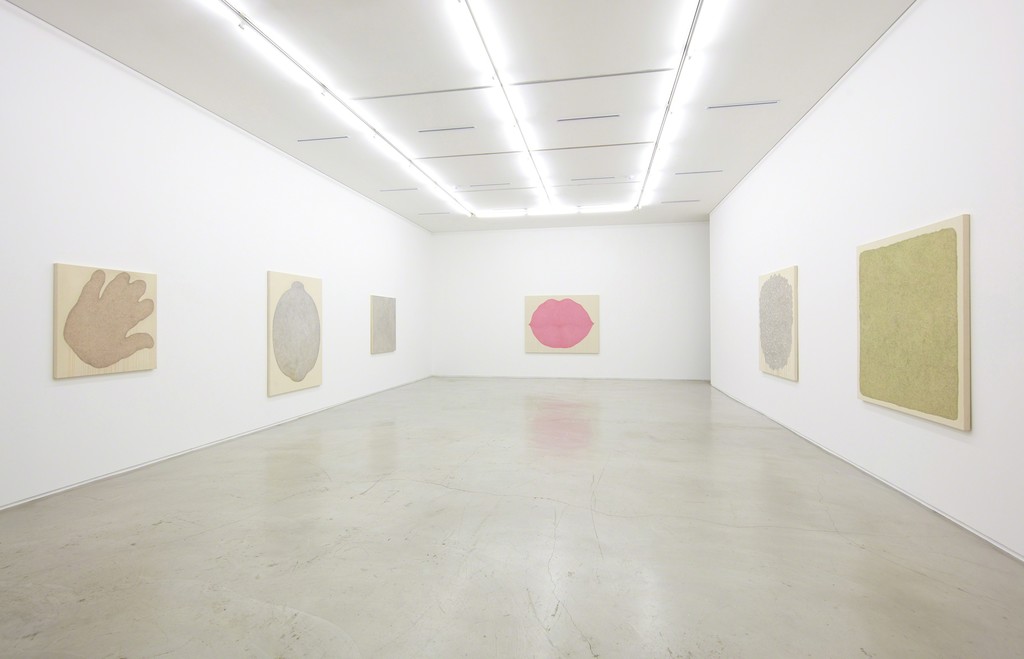 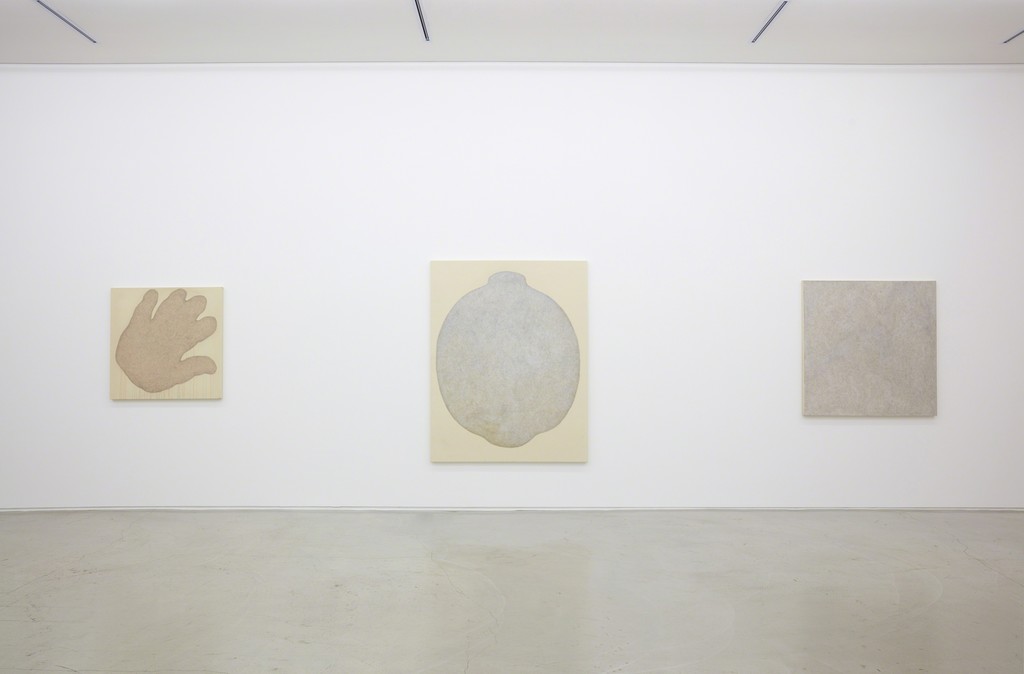 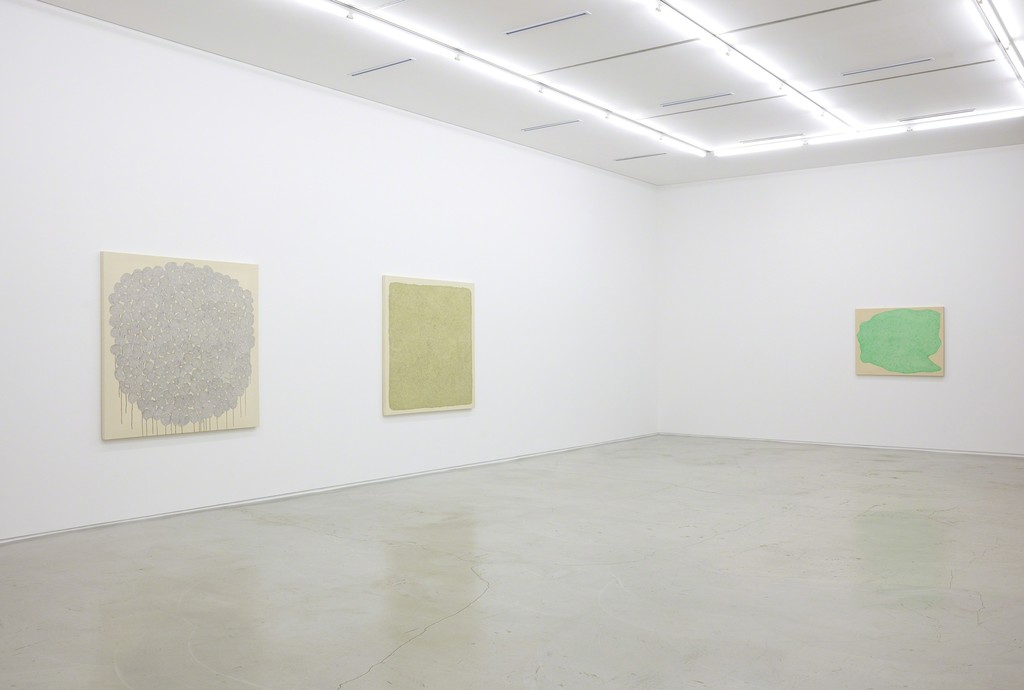 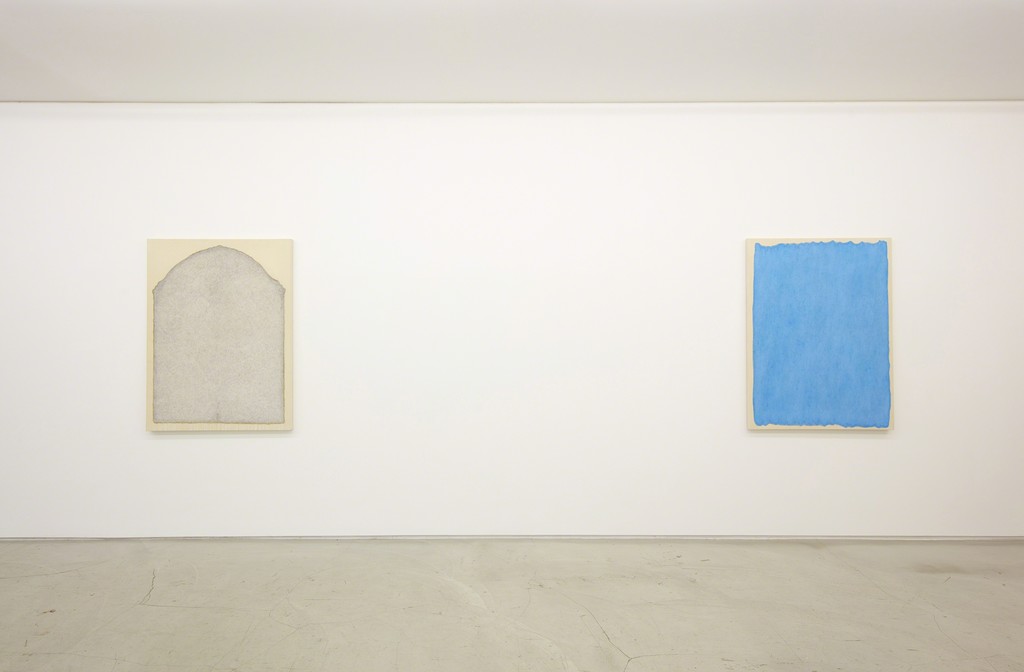 Kukje Gallery is very pleased to announce an exhibition of recent paintings by Kim Hong Joo. Celebrated for his technical experimentation, Kim is widely acknowledged for his rigorous deconstruction of pictorial composition. He quickly established himself by going against the grain of the art movements that were predominant in Korean contemporary art in the 1970s, a critical stance that continues to guide his practice today. This solo exhibition will be his first since 2010 and the artist will present twelve new works in the gallery’s K1 space. The new works present a comprehensive overview of Kim Hong Joo’s over forty years of practice.

My thoughts do not make my work rather my works make my thoughts.
The myths that artists create with the mask of creation fluctuate as politics.

In 1973, Kim Hong Joo participated in exhibitions by the S.T Group and in the exhibition Independent, marking a seminal moment in Korea’s nascent modernist movement. Establishing a strong commitment to experimental practice, Kim distinguished himself early with his photorealistic paintings during a time when flat monochrome abstraction was the dominant trend in Korean contemporary art. This willingness to combine traditional techniques with new critical conceptual inquiries immediately came to characterize Kim’s approach to art.

Nowhere is this more evident than in the artist’s early works that depicted reflective surfaces. By using mirrors, vanities, windows, and car doors as a frame within the picture itself, Kim clearly showed how painting exploit the illusion of realism. In presenting the mechanics of seeing, his paintings evoked a world outside the depicted object to the viewer. Balancing the “real” subject and the perception of the reflected image, Kim Hong Joo investigated how we re-perceive objects and illusions, and the limitations of methods for depicting them.

Beginning in the mid-1980s, Kim began to refine his unique technique of using ultra fine brushstrokes to depict landscapes devoid of perspective. In these and later works a major theme of the artist comes into view: the abstracting of subject matter through a combination of fine detail on one hand, and decontextualization on the other. This can be seen in his calligraphy works from the early 1990s that combined Chinese calligraphy and biomorphic forms, and his series of enlarged drawings of flowers and tree leaves from the mid-90s, as well as his new series of works that are being introduced in this exhibition. In all of these series, the viewer is confronted with a pictorial subject that is both in focus and pending, where its status is intentionally left indeterminate. This reception results from their shared lack of dimensionality, texture, perspective, and depth, appearing like a landscape or a flower, and other times like a completely obscure image. This approach has been characterized by critic Kim Wonbang as a “continuous self-destruction of the figure,” wherein the mundane motif such as landscapes, leaves, or flowers lose their context and background, but at the same time demand specificity by the artist who must spend countless hours in their making. In this way, Kim presents the paradox of painting itself.

This tension between subject matter and abstraction is the foundation of Kim’s work. Writing about his practice, Kim Wonbang has written that when elements of his composition like the “fibers of flower petals” or the “veins of tree leaves” lose their forms and organic connection, it becomes more accurate to express them as “patches floating on the canvas.” It is this indeterminacy of the subject that lends critical weight to the painting, where the overall image becomes “neglected.” From this point of view, Kim Hong Joo escapes the conventional perspective and semantics of legibility, prompting a new visual criteria for looking at and deciphering objects—allowing the viewer the endless possibility of fresh analysis from top to bottom, left and right, and near and far.

The culmination of Kim’s over four decades of deconstructing the pictorial tradition is manifested in his new works on display at Kukje Gallery. These paintings are freed even more dramatically from the specifics of narrative and content, and instead they toy with banal repetition that frustrates our desire to read them for content. However, the accumulation of extremely fine brushstrokes and the extensive labor of the artist who masterfully balances legibility and abstraction continue to demand attention from the viewer; and it is this disjuncture between acute observation on the one hand, with a kind of willful disregard for narrative closure on the other that makes Kim’s painting disturbing and sublime. These are “paintings that show too little of the great efforts consumed for completion,” a characterization that powerfully evokes Kim’s life-long commitment to challenging the role of painting. For nearly half a century, Kim Hong Joo has continued to be one of Korea’s most critical and vital artists, confronting our expectations of content and aesthetic harmony with an equally salient investment in contradiction and open-endedness.

Born in Hoein, Chungcheong Province in 1945, Kim Hong Joo received both his BA and MFA in painting at Hongik University, Seoul. He received early recognition with his participation in exhibitions such as École de Seoul and Independent in Seoul, and from 1973 to 1977 he was a member of the experimental arts group S.T Group rejecting the prominent styles of the time to explore new avenues in paintings. Exploring photorealism from the late 1970s to the early 1980s, Kim participated in the young artists’ exhibition Image 78, and was the recipient of the Grand Prize from the Grand Prix Exhibition of Korean Art in 1978, and the Special Award at the Cagne International Painting Festival in 1980. Since then he has developed his own aesthetic language through fine brushstroke paintings that depict subjects as diverse as landscapes, flowers, and text. Following his 1997 retrospective at Kumho Museum of Art, Seoul, Kim Hong Joo has been widely celebrated by both art professionals and the general public for both his technical mastery and critical engagement. He was a professor of painting at Mokwon University, Daejeon, from 1981 to 2010, and is now an emeritus professor.