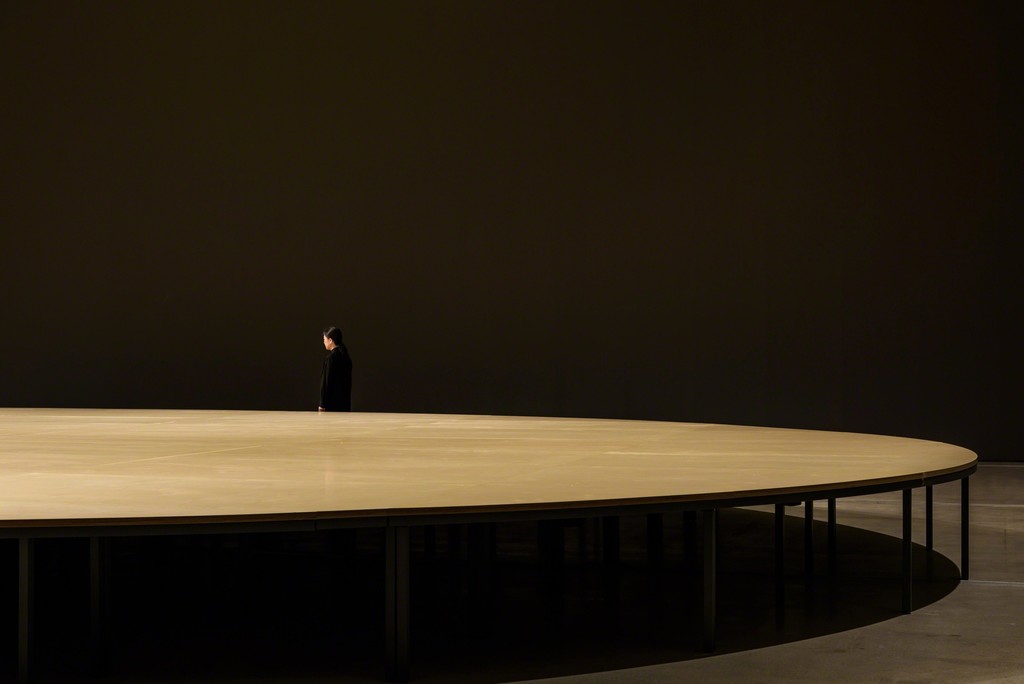 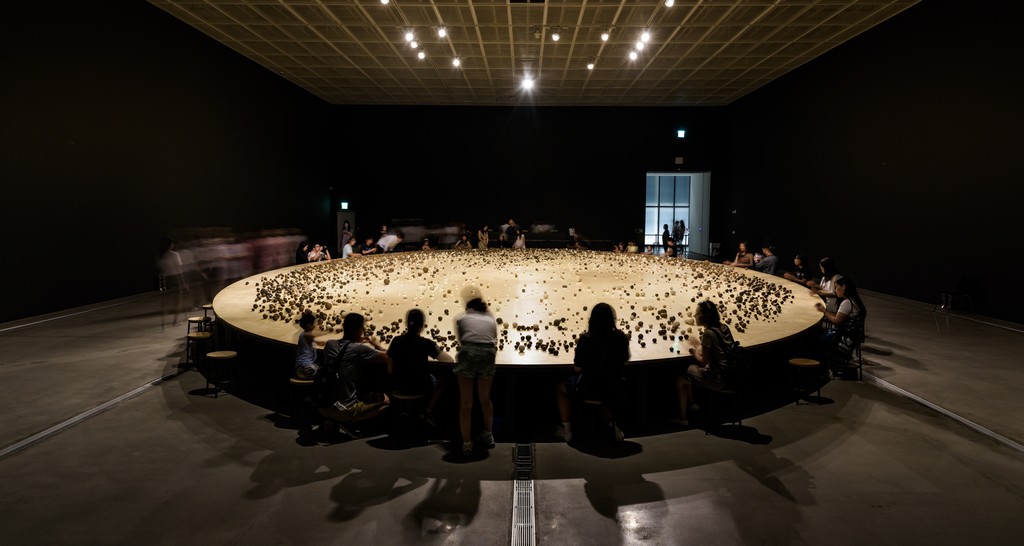 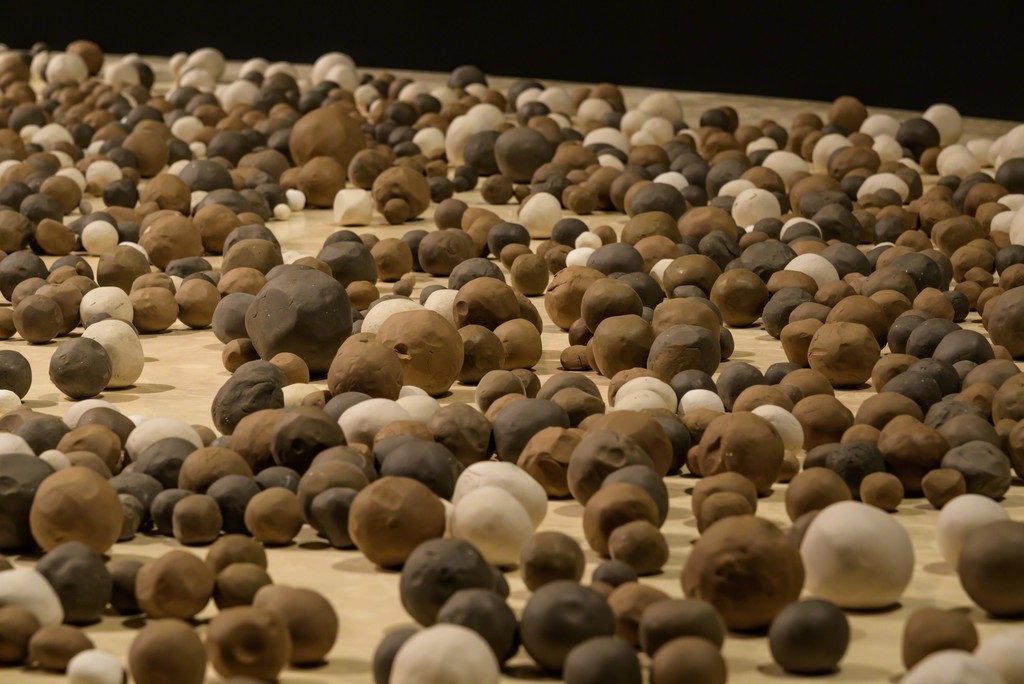 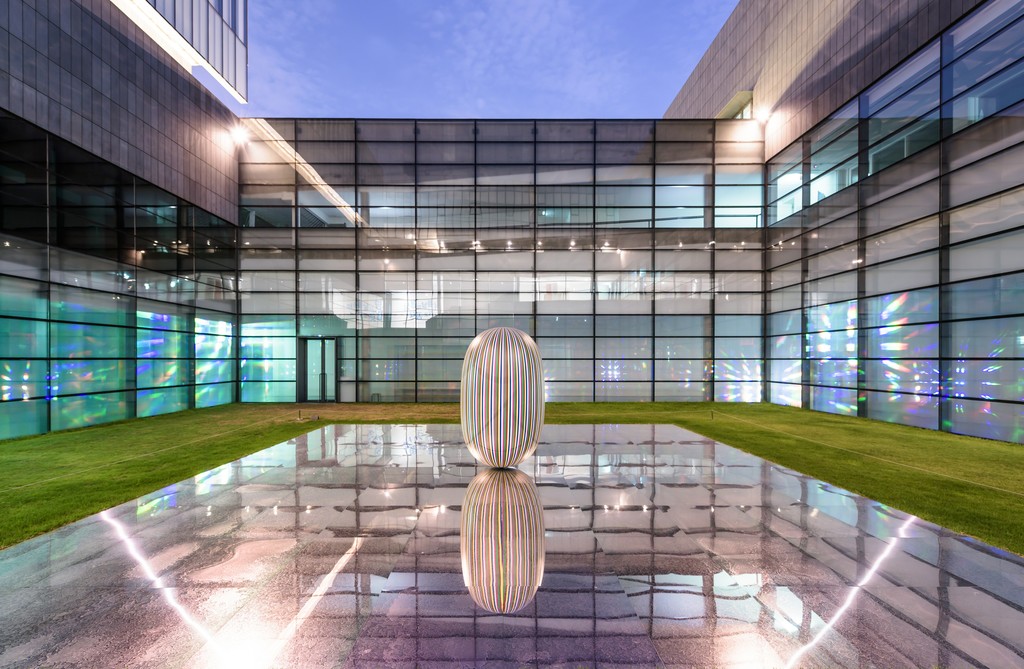 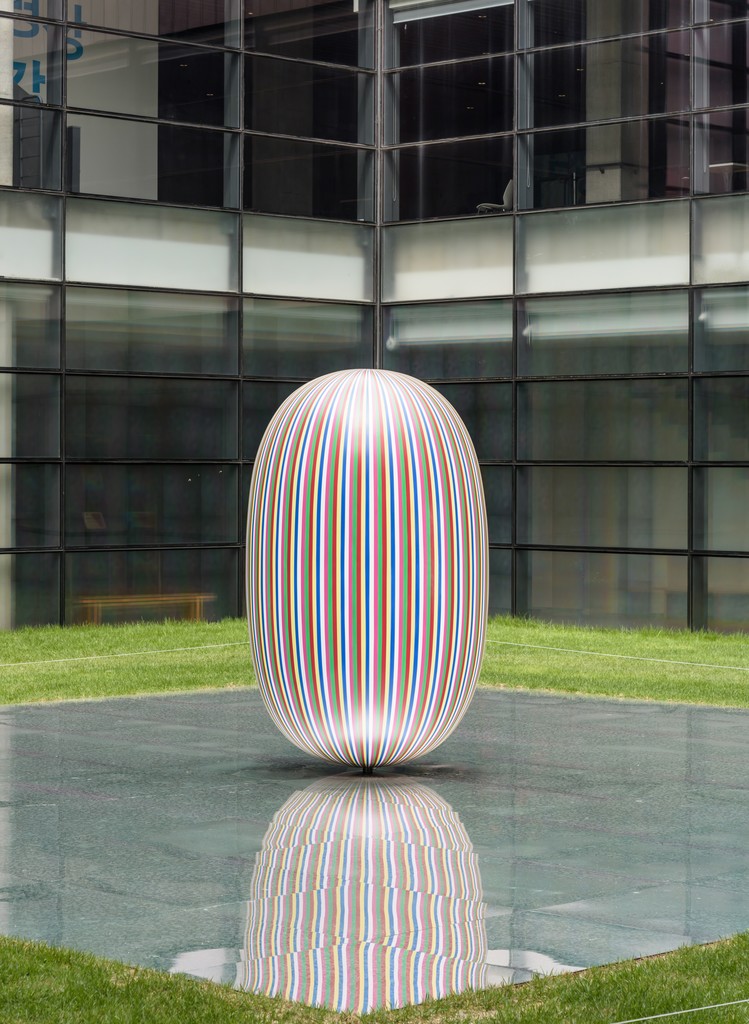 Kimsooja presents KIMSOOJA - Archive of Mind at the National Museum of Modern and Contemporary Art (MMCA), Seoul. This is a solo exhibition of new interactive performances and installation as part of the MMCA Hyundai Motor Series, 2016. The exhibition will present for the first a major performative installation titled Archive of Mind. In addition the exhibition will include a new installation Deductive Object and the new and fifth chapter of her ongoing film series Thread Routes, as well as a grouping of recent works that mark an evolution in the artist’s practice.

Archive of Mind offers the artist’s reflections on the canonical problem of the act of making. This participatory workshop invites the audience to form a lump of clay into spheres at a 19-meter-long elliptical wooden table, which doubles as a canvas. Kimsooja conceived of making clay spheres in 2016 as a conceptual and meditative practice. The piece was inspired by the artist’s earlier concept of Bottari as a method of wrapping. The repetitive act of rolling clay introduces a polarity between the symmetrical forces of the participants' palms—transposing their state of mind into matter and matter into void. A new sound performance piece titled Unfolding Sphere presents an acoustic counterpart to the rhythmic constellation of the clay spheres.

Presented in the museum’s courtyard is Deductive Object, a large-scale ovoid sculpture suspended on a mirrored plinth. Light diffracting films installed along the courtyard windows cause the sunlight to split into radiant color spectrum, while the sculpture’s surface or “obangsaek” (Korean traditional colors) reflects the light back in colorful geometric shapes This work is inspired by the Indian tradition of a brahmanda stone—sacred stones that are also known as a “cosmic egg”—that signify the birth of all matter in the universe, totality.

The artist will also premiere Thread Routes V, the new chapter in her ongoing film series, Comprised of six chapters, Thread Routes juxtaposes performative elements of textile culture with parallel structures in nature, architecture, agriculture, and gender relationships. It is conceived as a non-narrative visual poem and a visual anthropology. The new chapter, the fifth in the series, takes place in the native cultures of America’s Navajo and Hopi lands against the backdrop of geological wonders, such as Shiprock and Canyon de Chelly in Arizona, and the architectural ruins of the Chaco culture in New Mexico. These bold monumental forms contrast with the primordial act of weaving and the pure forms of Native American crafts, framing the artist’s intensive anthropological survey of the birth of gestures that weave, wrap, and unwrap the fabric of the world.

This exhibition also showcases a number of works related to the concept of corporeal geometry that Kimsooja has developed over the span of her career. For the last 30 years, Kimsooja has worked on an ever-evolving tableau, a continuation of the artist’s early work with painting and the re-contextualizing of daily objects, actions, and urgent social issues such as migration, exile, and violence. The works presented at the National Museum of Modern and Contemporary Art (MMCA) furthers her commitment to creating an encounter with the public and continues the artist’s early meditation on non-doing and non-making as a form of art practice. Kimsooja’s enduring examination of dualism in life and art transforms elements of performance into a pursuit of totality.