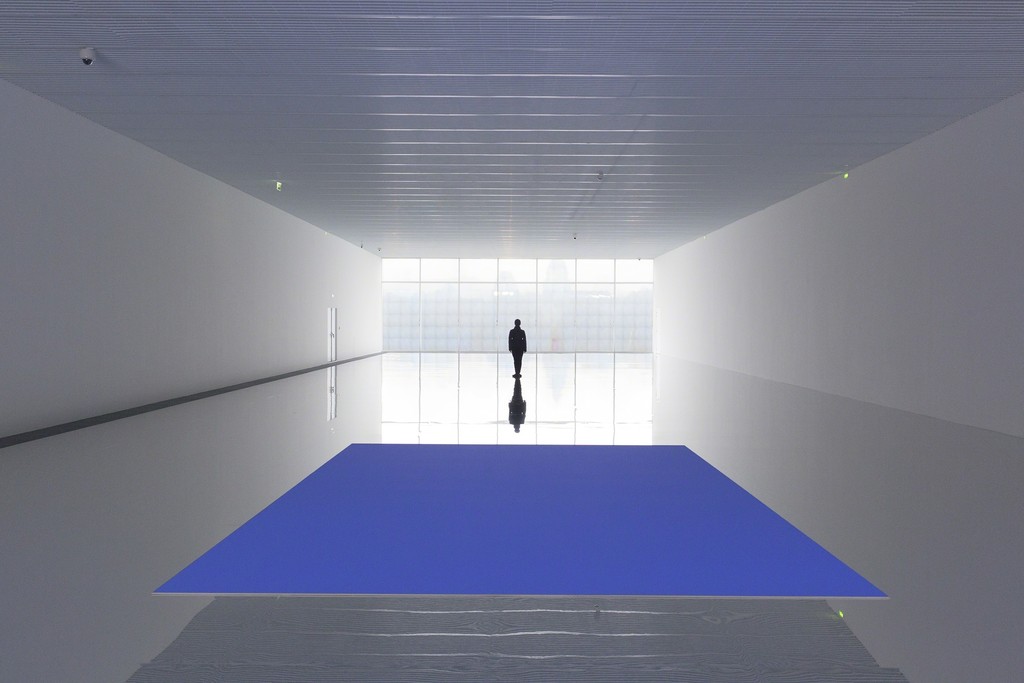 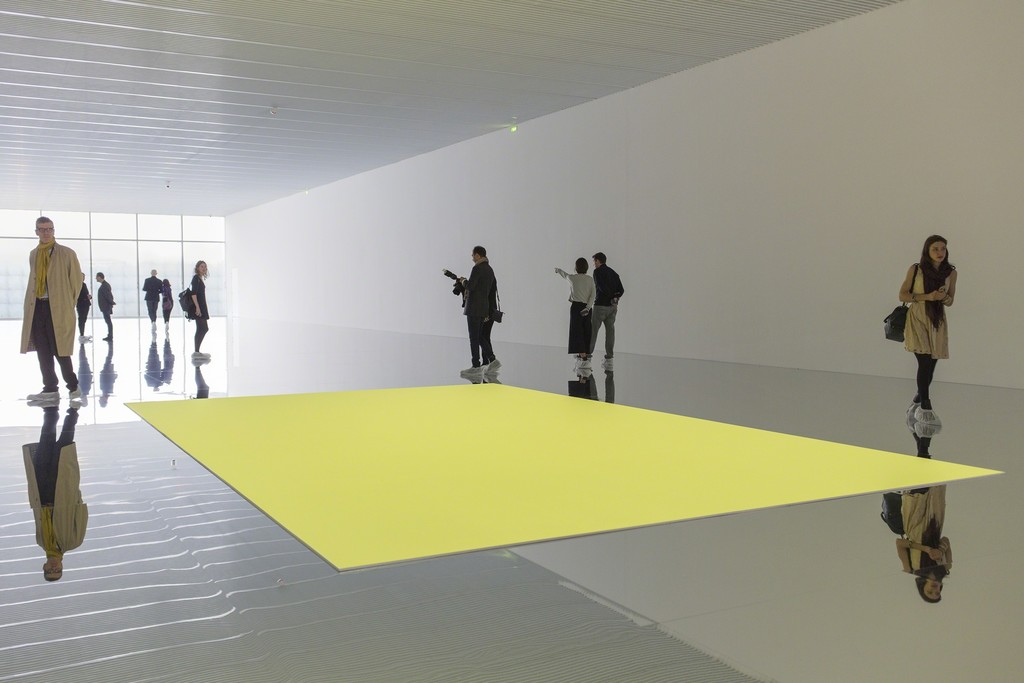 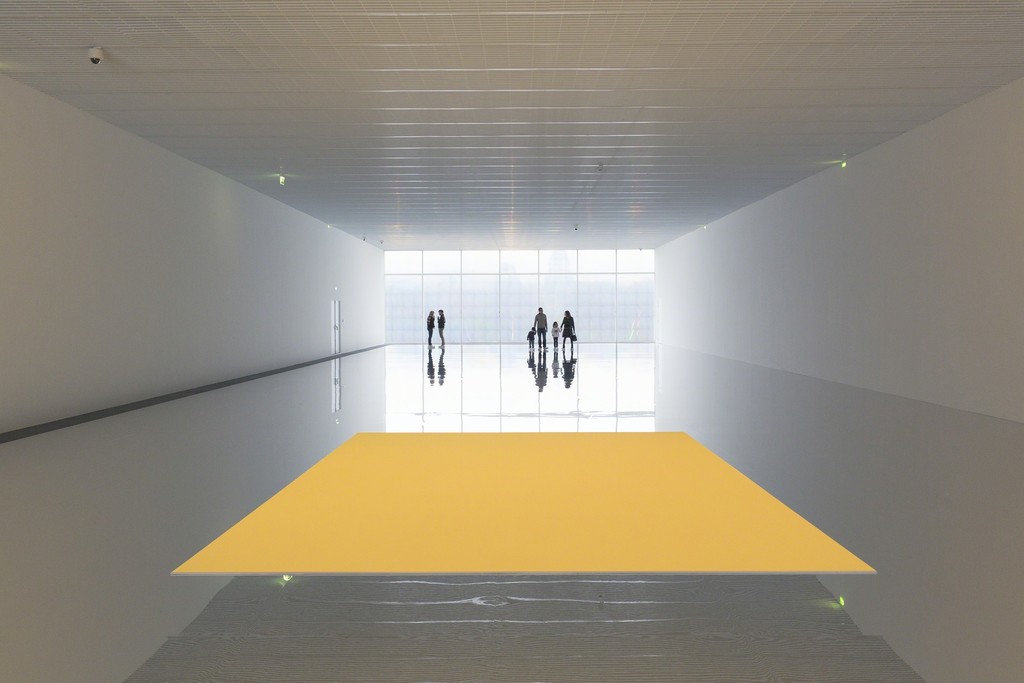 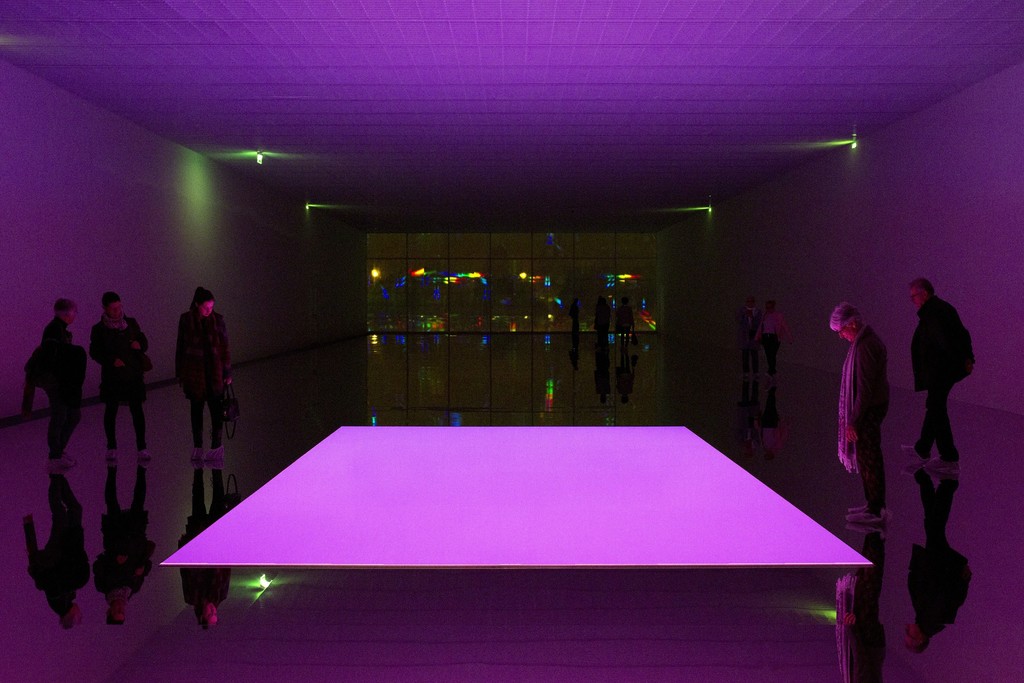 Kimsooja’s solo exhibition Kimsooja – To Breathe takes place at the Centre Pompidou-Metz in France from October 26th this year to January 4th, 2016. The year 2015 marks the 130th year of Korean-French diplomacy, and this exhibition celebrates “Année France-Corée 2015-2016” along with numerous other events of cultural exchange between the two countries where France holds events from September 2015 to August 2016, and Korea throughout the year of 2016. Held with the invitation of Centre Pompidou-Metz, Kimsooja’s solo exhibition is anticipated as an occasion for introducing her vibrant works as well as supporting cultural exchange between Korea and France.

Having worked with a wide variety of different mediums throughout her influential 30-year long career, Kimsooja presents a piece that interprets space in her philosophy for her solo exhibition. Kimsooja first made use of mirrors for the Venice Biennale in 1999, where she reflected a loaded Bottari truck onto a wall-sized mirror that opened a virtual exit dedicated to the refugees from Kosovo. Since then she has been investigating the limitlessness of space, wrapping and unwrapping, and making space and the void. During an interview in 2006, she stated that “making space means creating a different space, rather than making a new one”, as “The space is always there in a certain form and fluidity, which can be transformed into a completely different substance” . Her deep interest in “Yin” and “Yang” is evident in her works such as To Breathe / Mirror Woman that breaks the boundary between interior and exterior by light penetrating the window, and To Breathe: Bottari that reveals spatiality through light reflected on mirrors.

Kimsooja – To Breathe at the Centre Pompidou-Metz presents Kimsooja’s most realized work yet, harmonizing light and space, and video and sound. She utilizes the long exhibition space and the protruding window that covers one side: the mirror that brings time and space together becomes her canvas, and the shining light in the likeness of raindrops become the brushstrokes. The unique architecture of the Pompidou-Metz becomes a medium as well, as the light coming through the windows disperse and reflect off the floor like water. This light spectrum comes together with the monochrome video installation on the floor To Breathe: Invisible Mirror, Invisible Needle; and the artist’s sound of breathing recorded in The Weaving Factory brings the union of light and sound.

Designed by Japanese architect Shigeru Ban and French architect Jean de Gastines in 2006, Centre Pompidou-Metz opened its doors in 2010. The first institution built specifically for the cultural development of a region outside Paris, it is operated independently and unique from its sister institution Centre Pompidou in Paris by utilizing the shared know-hows and networks of the older institution. Presenting a variety of different exhibitions every year, Pompidou-Metz aims for the cultural development of its region. Pompidou-Metz not only raises the cultural quality of France’s north-east region but is also on its way of becoming the center of Europe’s art world.

Currently based in New York, Paris, and Seoul, Kimsooja goes from the flat surface to object, installation, performance, and video to show the work’s surface to the reverse, space and time, and life and the arts. The artist has continued her interest in migration, refuge, war, cultural clashes, different identities, and various other vital issues in today’s era, making works containing realities and exploring those topics.

Major solo exhibitions include Thread Routes at the Guggenheim Museum Bilbao, 2015; A Needle Woman: Galaxy was a Memory, Earth is a Souvenir at the first Cornell Council of the Arts Biennial, 2014; To Breathe: Bottari at the 55th Venice Biennale’s Korean Pavilion in 2013; Kimsooja: A Needle Woman at the Miami Art Museum, 2012; an art project at the National Museum of Contemporary Art Korea for the Yong Gwang Nuclear Power Plant, 2010; Earth - Water - Fire - Air at Atelier Hermes, Seoul, 2009; To Breathe: A Mirror Woman at the Crystal Palace, commissioned by Museo de National Reina Sofia, Madrid, 2008; To Breathe: A Mirror Woman at P.S.1 Contemporary Art Center and Museum of Modern Art, 2001; Kimsooja at Kunsthalle Bern in 2001. Group exhibitions include Artempo and In-Finitum, Venice; and Cities on the Move which was a traveling exhibition curated by Hans Ulrich Obrist and Hou Hanru. She has participated in biennales in Poznan, Moscow, Venice, Valencia, Lyon, Sao Paolo, Istanbul, Busan, Gwangju and the Whitney Biennial. Kimsooja’s work can be found in major international museums and private collections, including the Whitney Museum of American Art, New York; National Museum of Contemporary Art Korea, Gwacheon; Kunstmuseum Bern; Paris City Hall and Museum of Contemporary Art, Lyon; Museum of Contemporary Art Tokyo; and Fukuoka Art Museum.