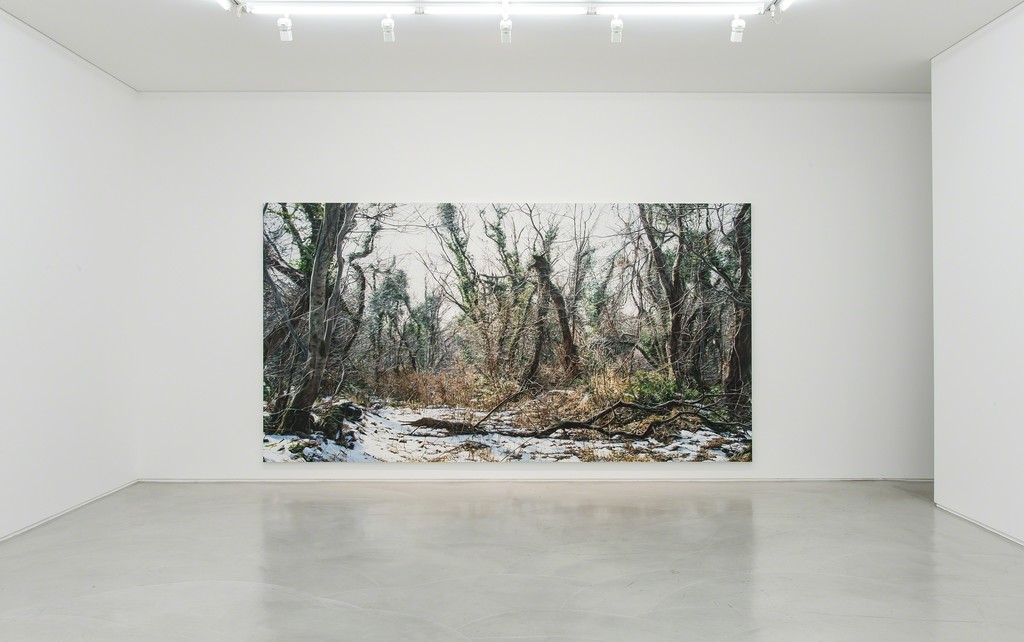 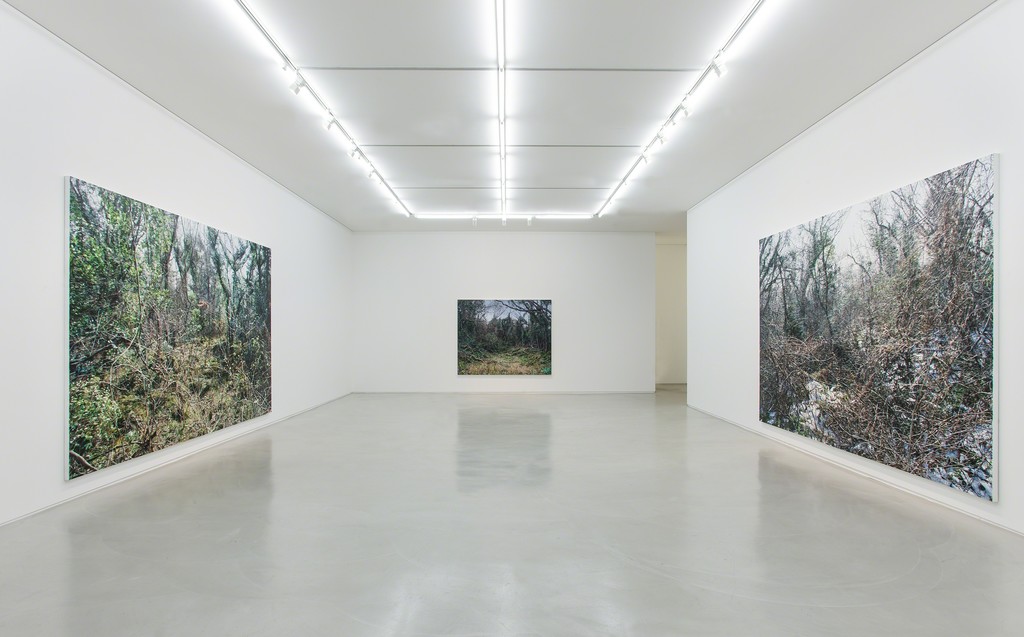 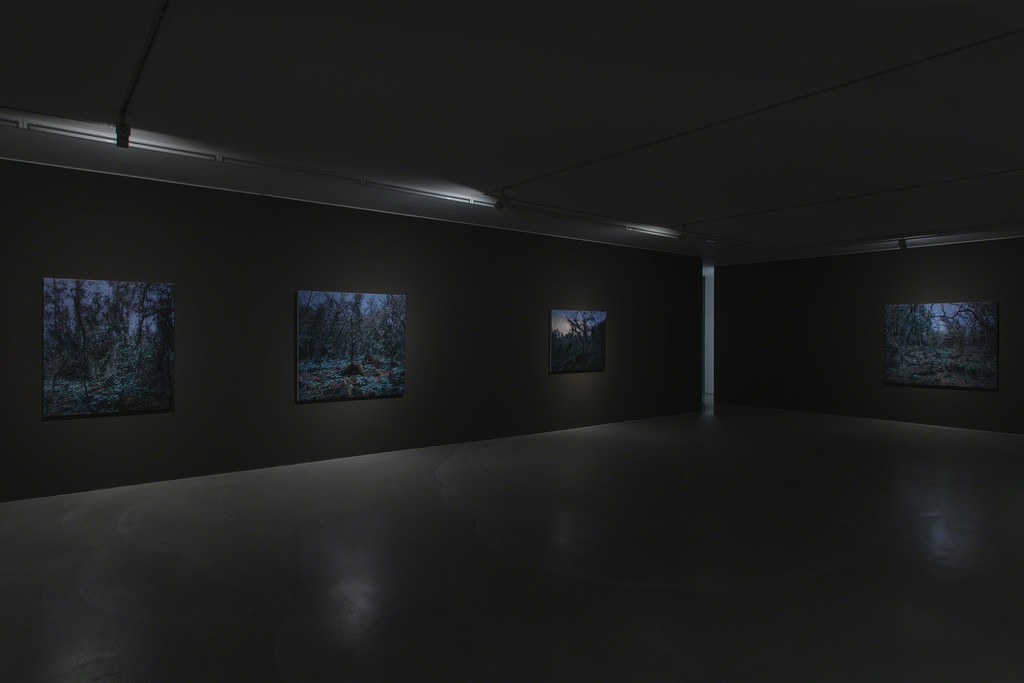 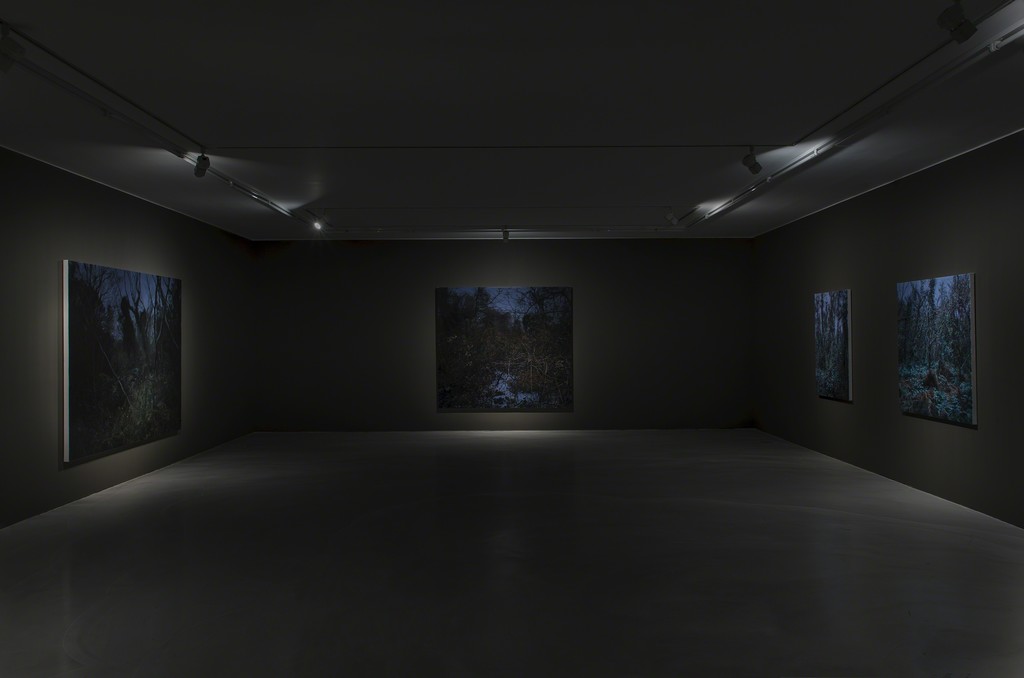 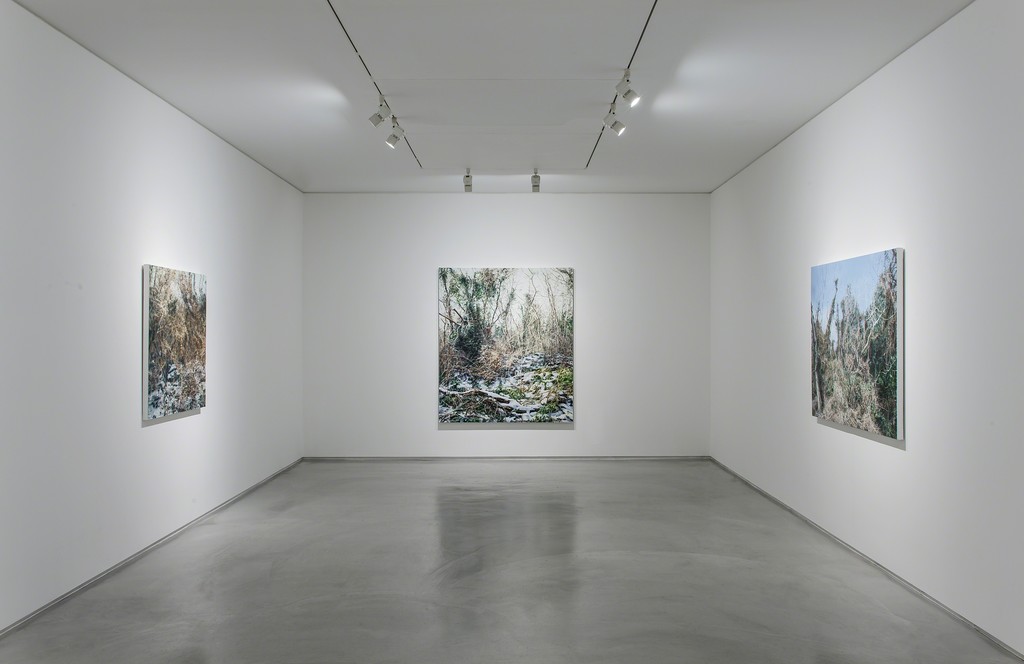 Kukje Gallery is very pleased to present Picturing Landscape, a solo exhibition of new paintings by Lee Kwang-Ho. This is his second solo exhibition at Kukje Gallery and the first since his solo exhibition at the gallery in 2010. Consisting of a major group of twenty-one new works, the exhibition showcases paintings that depict winter landscapes in Gotjawal Forest on Jeju Island. Widely celebrated for his Inter-View and Cactus series, Lee Kwang-Ho’s new work continues his interest in detailed observation, exploring the tactile and sensuous detail of the Island’s complex forest ecology.

On the first floor, the artist has organized paintings that depict daytime landscapes—capturing the subtle changes that occur as the seasons shift. With his masterful control of paint and keen eye for detail, the artist has created works that reveal sublime moments, capturing the rainy wet forest and the various stages of snow illuminated in the deep woods and the dense fabric of wild nature. Included in this gallery is an ambitious three-panel triptych that powerfully captures the charged, changing atmosphere of a living ecosystem.

Continuing his framing of the work according to time of day, the second floor includes works that depict landscapes at night. Wanting to bathe the paintings in appropriately subtle lighting, the artist has painted the walls black and carefully choreographed the lighting to approximate dusk.

Lee Kwang-Ho is able to capture the incredible detail of the forest by regularly visiting a particular place, continuously observing the landscape in real time as it changes. Coupled with this disciplined process of observation in the field, Lee has mastered a highly refined method of applying paint using quick brushstrokes and overlapping touches, in addition to using a broad spectrum of tools including knives and needles to alternately smooth and scrape the paint on the canvas.

In his previous series Lee has employed distance, both physical and metaphoric, to contemplate his subjects. For this new body of work the artist has entered more completely into the work, literally and conceptually diving into the landscape and directly engaging the atmosphere of the forest, in addition to literally depicting the tangled vines and undergrowth. This shift reflects the continuing commitment of the artist to dig deeply into the complex nature of observation, a challenge that engages both questions of craft and the detailed nuances of perception.

Strictly speaking, the trees, vines and dense foliage explored by Lee are not the subject of his painterly “representation” because the artist is “inside,” not “outside” the Gotjawal Forest. This distinction is important to the artist’s conceptual project and to appreciate the subtlety of his work, as he does not paint the subject but describes the “atmosphere” of the forest as a living ecosystem. As a result, when the viewer encounters the artist’s large paintings, he or she feels like they’re entering an actual environment and not simply looking at a well rendered but distant subject. This shift in perception allows for the viewer to become activated as a participant in the work, inspiring a level of intimacy and individual memories of nature.

The ability of the painting to elicit a personal response in each viewer is linked to the artist’s belief that every individual has their own personal vision of the forest. In this way Lee hopes that when a viewer confronts his paintings, they are given the opportunity to map the outlines of their own consciousness. This attention to mapping mirrors the process of painting and applying paint to canvas that Lee has refined over many years. His process is based on a vocabulary of textures created using unique tools and techniques. These include his use of rubber brushes and needles to incise lines and varying transparencies in the wet paint. By layering these complex gestures the canvas becomes invested with the emotions of the artist. As the paint is moved around and scraped the composition is invested with the action of the artist, and the work itself hovers between a representation of the landscape and an abstraction.

Based on his highly developed techniques and conceptual framing, the paintings of Lee Kwang-Ho ask fundamental questions inherent in the history of paintings. His work emphasizes painterly process in order to query how tactility and perspective can still activate desire and emotional resonance. Lee’s work never exploits visual technique strictly to deliver an “illusion” but sees painting as a form of touch, and he paints the new work as if he is physically experiencing the landscape. In this way, the act of painting for Lee Kwang-Ho is the fundamental focus and the goal is to experience the subject through the act of painting. It is this sincere experience that he hopes viewers will also witness through his unique pictorial journey.

In many ways, Lee Kwang-Ho career embodies the evolution of painting in Korea. Over the last two decades his practice has embodied almost every method of painting technique used in portraiture and landscape, appropriating diverse elements ranging from Surrealism to the Renaissance. In his earliest work he used narrative subjects to honestly reflect on his own inner landscape and personal history, including glimpses of day-to-day experience. Since then, his focus has included various perspectives on figurative and landscape subjects as seen in both his Inter-View and Cactus series. Throughout, Lee Kwang-Ho has displayed the ability to incorporate disparate vernaculars and subjects thereby enabling the viewers to experience the widest possible spectrum of his pictorial world.

Born in 1967, Lee Kwang-Ho received his B.F.A. in painting in 1994 from College of Fine Arts, Seoul National University, and an M.F.A. in printmaking in 1999 from the same university. Since 1996, he has participated in numerous solo exhibitions including significant shows at Kukje Gallery and Johyun Gallery. He also participated in more than ninety group exhibitions at various institutions including Seoul National University Museum of Art and Gyeongnam Art Museum in 2013, the Saatchi Gallery in London and Jeonbuk Museum of Art in 2012, Seoul Museum of Art and National Museum of Modern and Contemporary Art, Deoksugung in 2011, Prague Biennale in 2009, and Kukje Gallery in 2007. His works are included in the collections of National Museum of Modern and Contemporary Art, Seoul Museum of Art, Gyeonggi Museum of Art, and Jeju Museum of Art. Lee is a a Professor in Fine Arts at Ewha Womans University, Seoul.