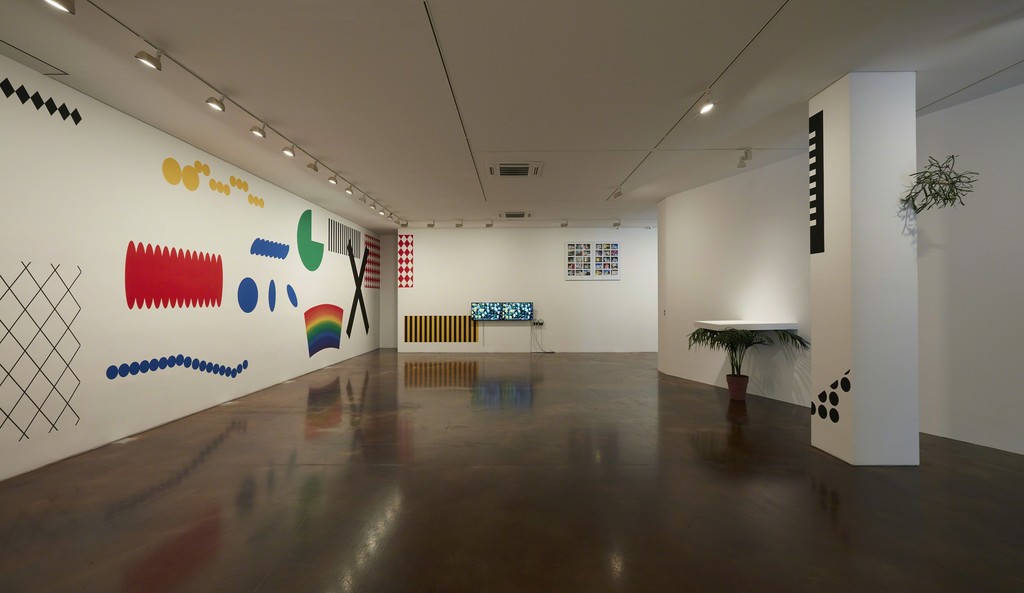 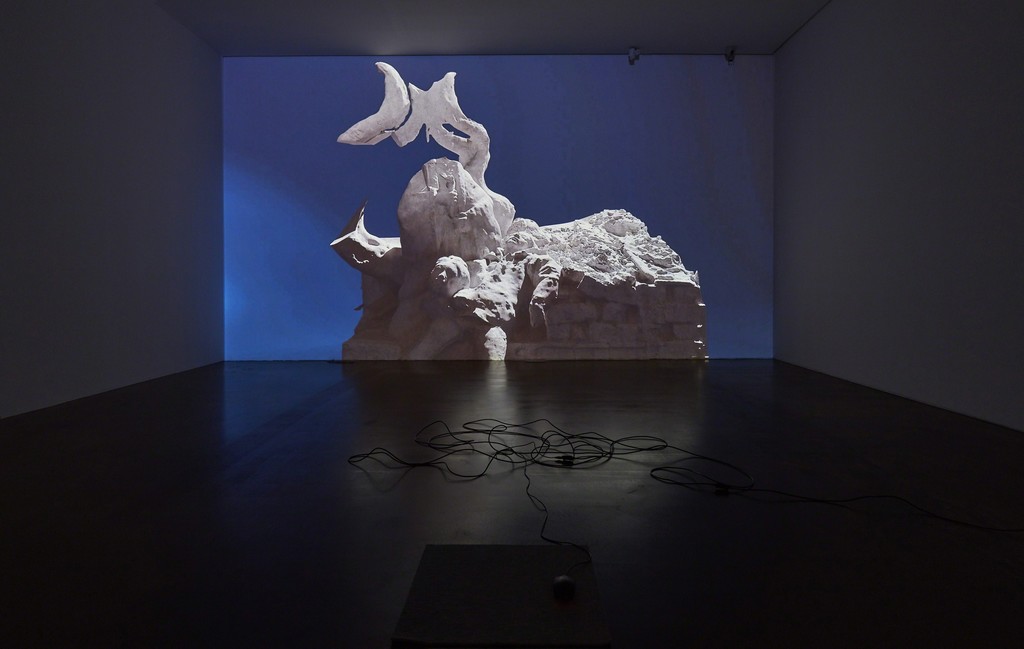 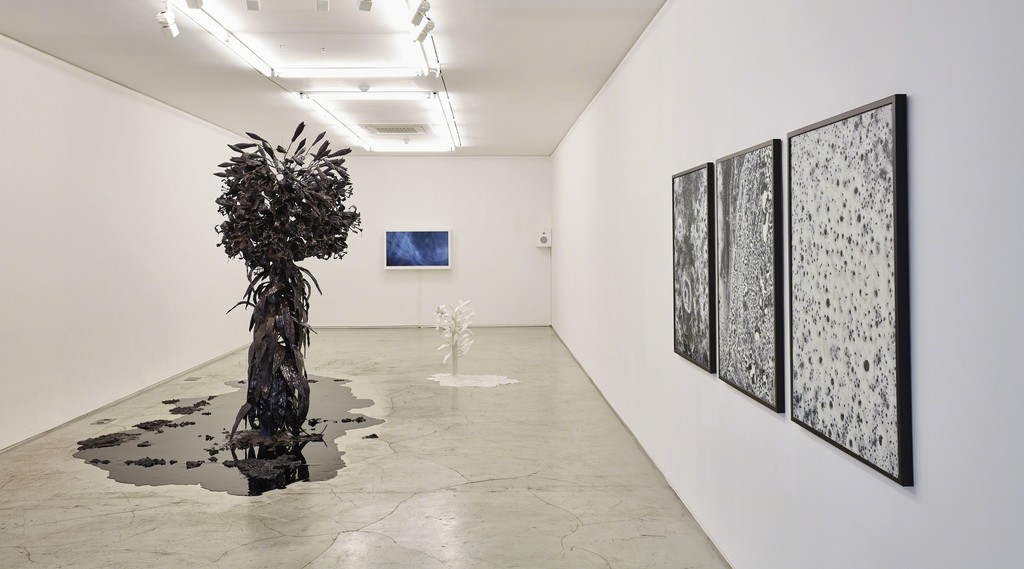 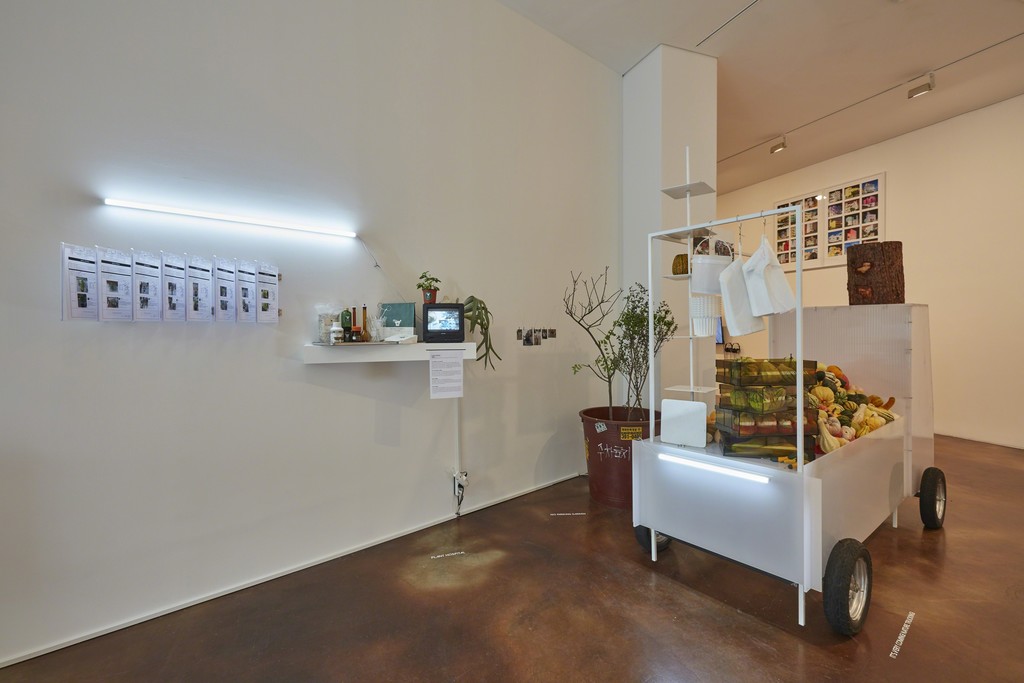 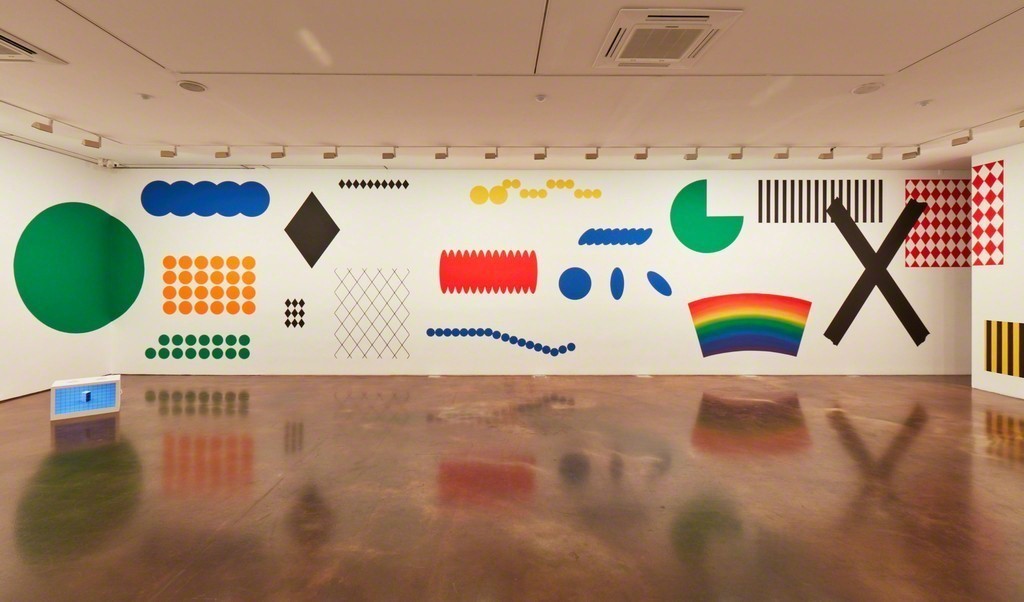 Kukje Gallery is thrilled to present wellknown unknown, an engaging group exhibition of seven critically acclaimed emerging artists/teams whose work displays a rich imagination and experimental attitude, and whose practices cover a wide range of genres in contemporary art. Held from June 28th through July 31st, the exhibition is in keeping with Kukje Gallery’s long commitment to discovering and nurturing emerging artists as seen in exhibitions such as The Song of Slant Rhymes (2013); Kukje has continuously promoted special exhibitions by inviting curators, and wellknown unknown, organized by Sungwon Kim, reflects this dedication. The exhibition focuses on seven artists/teams whose work engages our time: EH (Kim Kyoungtae), Kim Heecheon, Na Kim, Hwayeon Nam, Min Oh, VERYTHINGS, and Yi Yunyi.

wellknown unknown questions our era where all things change like the speed of light, where the unstoppable, accelerated race towards fame has become a ubiquitous backdrop. The exhibition investigates the value of appearance and disappearance, emergence and withdrawal, and celebrity and anonymity, beginning with the tacit knowledge of contemporary society where people are categorized as either famous or anonymous. Also, wellknown unknown frames this nearly oppressive notion that anonymity is akin to disappearance, and social conditioning of pursuing fame. It is this dilemma that although fame can be achieved, one can never be free from the fear of its transience.

Paul Virilio, the French cultural theorist and writer of Speed and Politics, referred to Franz Kafka, the renowned German writer, as a “well-known unknown.” In an interview on celebrity and celebration, Virilio refers to Kafka as the “great known ‘unknown’” of the twentieth century, noting that the author requested that all his work be burned before he died. Despite this will to disappear, Virilio notes that it ironically made him more famous, and the attempt to be unknown granted Kafka and his work an enduring status. It is this tension that Sungwon Kim explores in her compelling exhibition, addressing the true meaning of “well-known” and “unknown” as fame ceases to exist even before it is properly recognized by the public.

Installed throughout K1 and K2, the diverse work by these artists explore constructed realities through their unique perspectives, working with media including installation, design, and photography. On the one hand, due to their visual chemistry and interrelationship the works naturally harmonize and connect with each other. On the other hand, the curator has consciously chosen artists whose works play with discord, uncertainty, fragility, change, and the subtle resistance against uniformity that result from each artists’ individual background.

Sungwon Kim is a professor in the Department of Fine Art, Seoul National University of Science & Technology and an independent curator and critic. From 1999 to 2005 Kim was a professor in the Department of Curatorial Studies and Art Management, Dongduk Women's University. She served as a curator at Art Sonje Center from 2000 to 2005, and since 2006 has organized many exhibitions as an art director for institutions such as the 2nd Anyang Public Art Project (APAP), Atelier Hermes, and Culture Station Seoul 284. Major curated exhibitions include Parallel Life at the Frankfurter Kunstverein (2005) and the group exhibition Oblique Strategies at Kukje Gallery (2010).

Graphic designer Na Kim has an expansive practice that does not separate design and art. Kim presents the sculptural aspects of graphic design through the idioms of art and is also a founding member of the artist-run space Common Center, established in 2013. In this exhibition, she installs SET v.4 (2016) in K1 and K2. The work comes from her series SET (first shown at her 2015 solo exhibition in New York) that bridged her many works dating from 2006. SET is a wall painting that depicts the catalogue with the same name which was published prior to the New York exhibition. SET recombines and rearranges images from previous commissions, studio works, and exhibitions without thinking about their production year, medium, or context – an approach that allows the artist to impart new order to the visual elements found in her works.

Temporarily taking a hiatus from his work as an architect Kim Heecheon makes work that explores his personal experiences, presents works that unravel realities with a distinct perspective. /Savior (2016) takes 1600 videos from Kim’s Instagram account representing daily posts from June 2015 to June 2016, and turns them into a screensaver. /Savior is used as a screensaver for a second video work titled Soulseek/Pegging/Air-twerking (2015), which is part of a trilogy about “backing up real life into the screen”.

Having been critically acclaimed for her video work in the main exhibition of the 56th Venice Biennale (2015) Hwayeon Nam will present sculpture, a genre she has not worked in since graduating from school. In this work Nam observed the deformed daisies growing near Fukushima in May, 2015. These plants have grown with the cellular malformation known as “fasciation.” Questioning the idea of “natural” and “beauty,” the artist will show large-scale lily sculptures titled White Madonna and Black Madonna (2016). These striking works reference directly the disturbing abnormal growth patterns, announcing the coming of a post-nature and post-human era.

VERYTHINGS is a collaborative group working as urban nature designers who critically engage the concept of “modern utopian living” as their founding philosophy. Their work experiments with and explores “nature” and “food,” the most important aspects of our lives, from an exciting perspective. For this exhibition they will present VERYKIPEDIA: VERY NEW NATURE (2016) in an extensive archive of urban nature, including professional contents from all over the world, and related technology, lifestyle, fashion, living, design, and art projects. Since the project’s inception in 2013 – first starting online – it has continued for the past two years in the forms of exhibitions, education programs, and workshops. In K2, the selected information with interest in nature will be installed as an object, engaging contemporary “urban nature culture” and “stories around botany”.

Proposing unique visual works based on music and design, Min Oh will exhibit “how to present” composer Sergei Rachmaninoff’s Piano Sonata No. 2, Op.1 in her new work ABA Video Score (2016) and ABA Diagram (2016). The title ABA means “Sonata form”, and ABA becomes the basic framework of the piece. Through the two works geometric figures are transformed into auditory information and the artist builds on her research into how to derive form from the study of music. In this way, the artist explores the phenomenon of acoustic “recurrence” and visual “reemergence” by combining data literacy and abstract art at the same time. In addition, Min Oh will introduce the works titled Daughter (2011) and Banana (2011) – works that reveal our instinctive thirst for control and how minute daily routines become everyday rituals.

Although Yi Yunyi initially studied Korean poetry, she eventually became a visual artist compelled by the captivating power of images. Yi materializes her own private and public memories and stories through videos and installations that engage with sound, images, and texts. In this group exhibition, Yi Yunyi uncovers two video and installation works, Meanwhile...Buster! (2011) and Time to Play (2011-2016). In the video work Time to Play, the artist describes her wooden harmonium, an instrument that she received by coincidence. Filmed in 16mm black and white film, Meanwhile...Buster!, reproduces a monotone slapstick comedy movie showing the artist wearing a Buster Keaton’s mask and inviting the audience to reengage with the sensibility and sentimentality of the time.

Architectural photographer EH (Kim Kyoungtae), majored in visual design. His work turns all solid three-dimensional structures into flat surfaces using only lines, shapes, and light. In Model Line (2012-2013), he depicts the illuminated signs found on motel buildings making what seems like fully mapped-out images. For the exhibition, the work will be shown as a still-frame video instead of photographs. It will include Printed Matter HW (2016), which documents condensed liquids after boiling, and Lighting Composition 1 (2012-2013), a series that depicts night views of buildings seemingly taken during daytime.