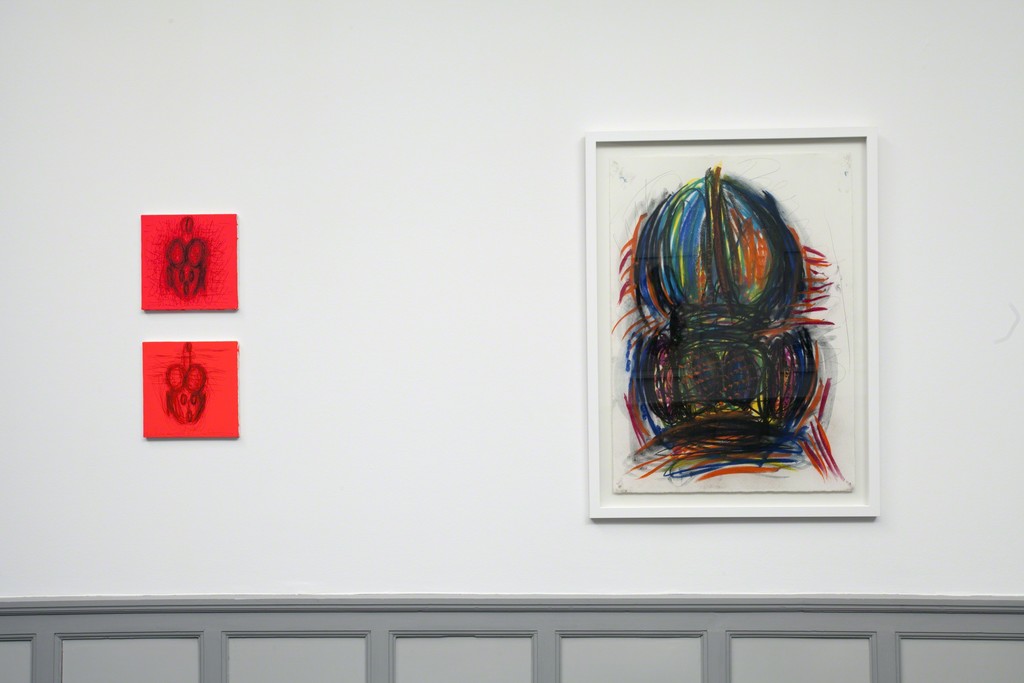 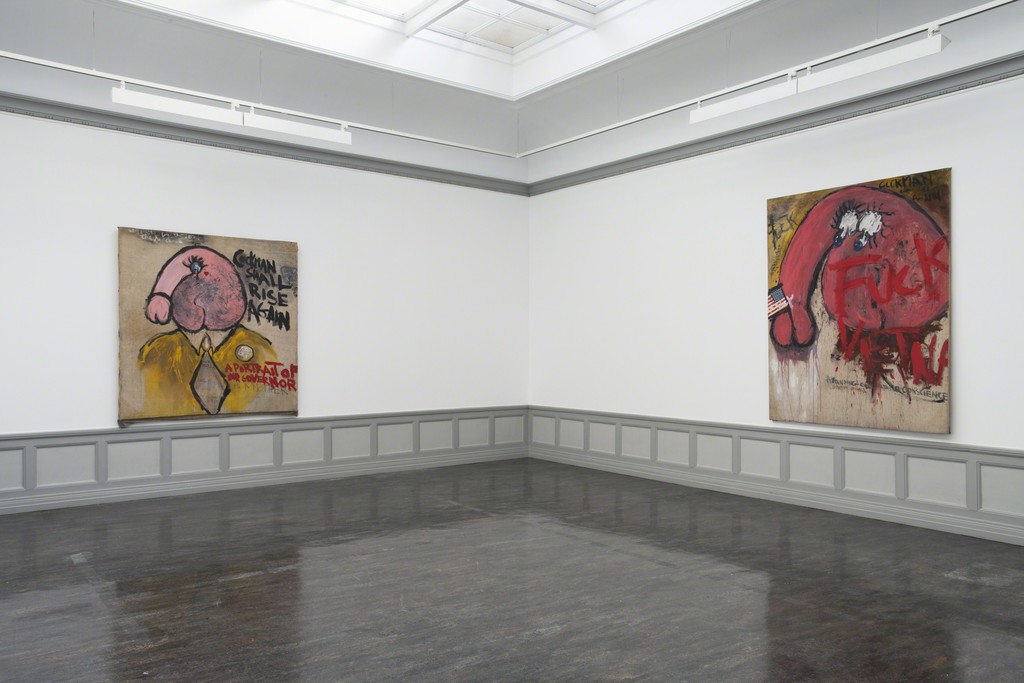 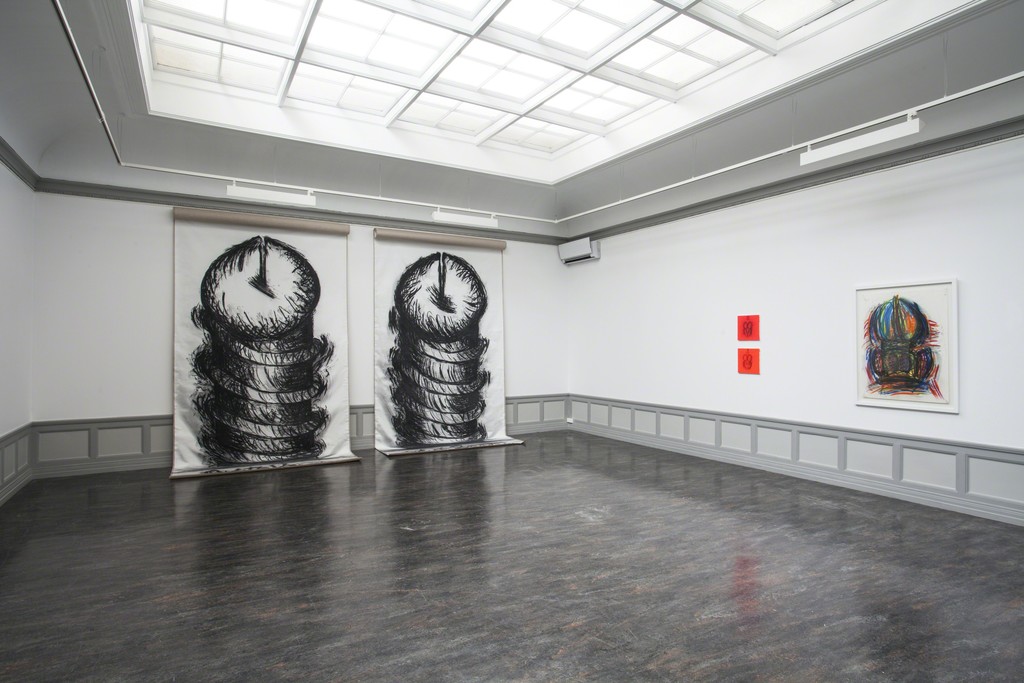 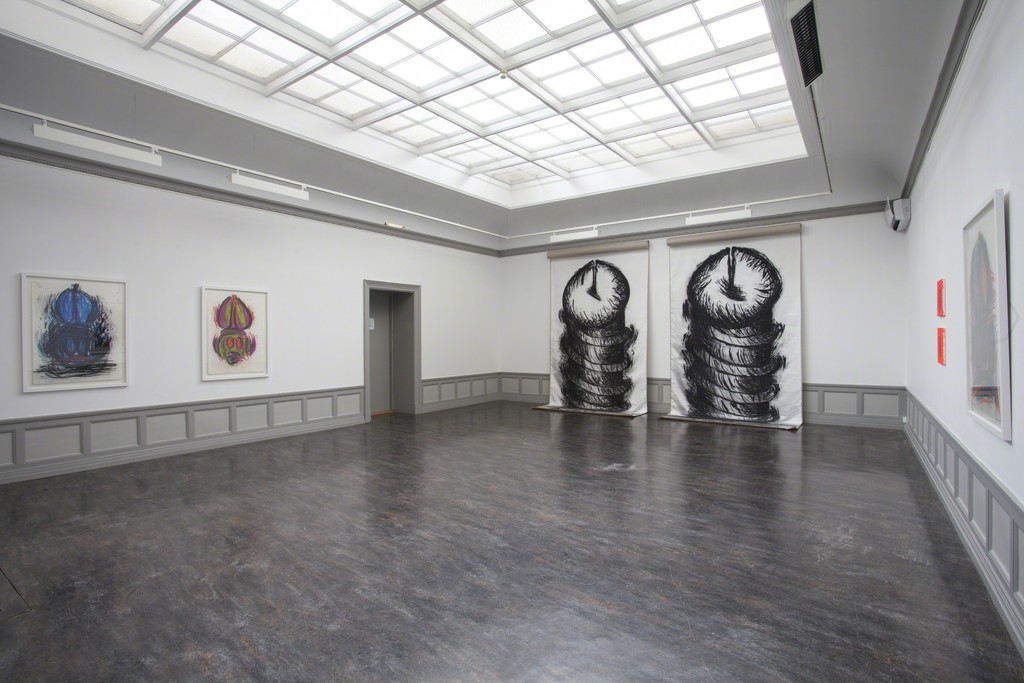 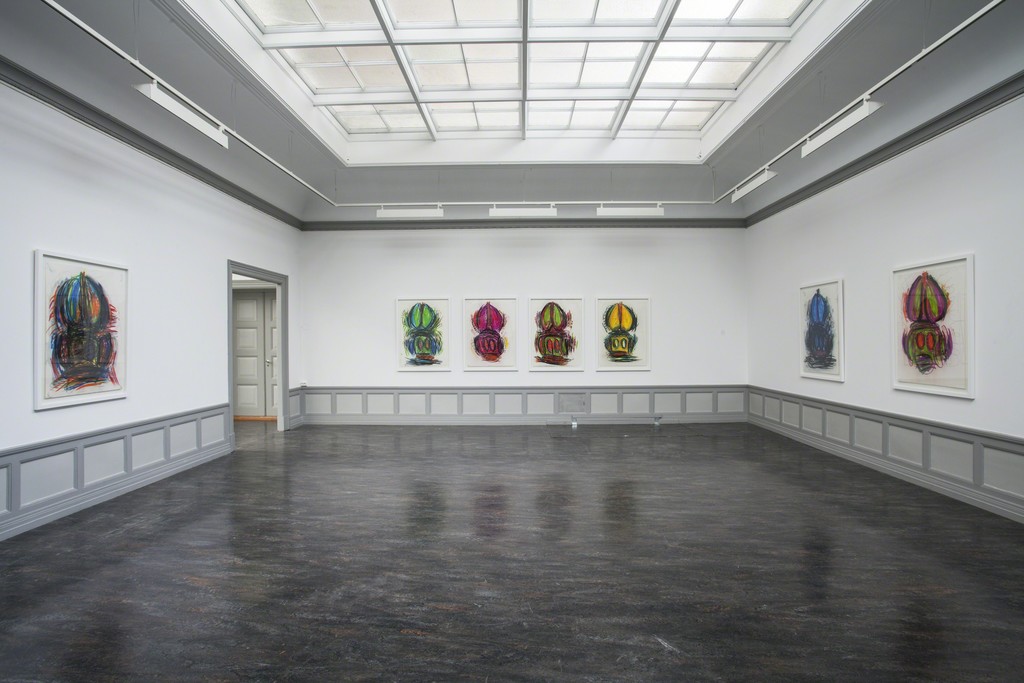 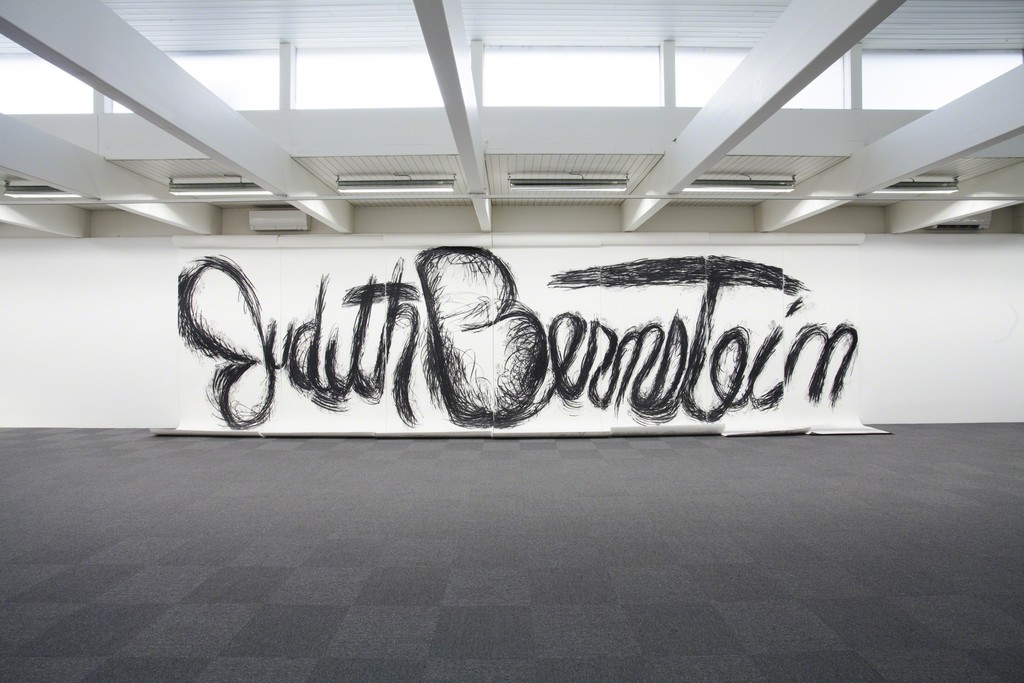 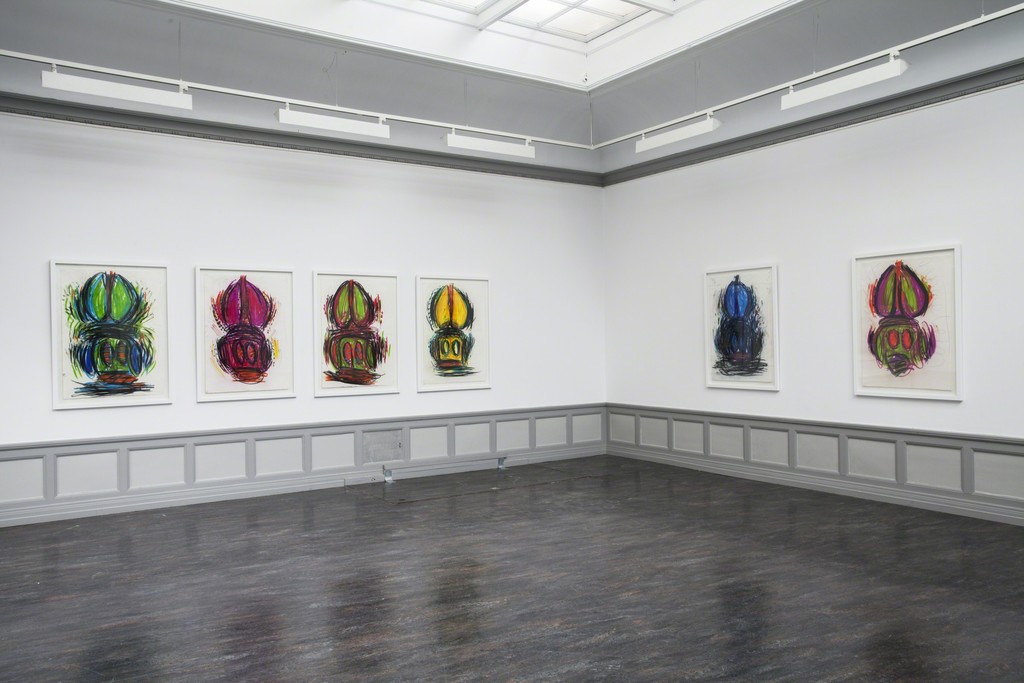 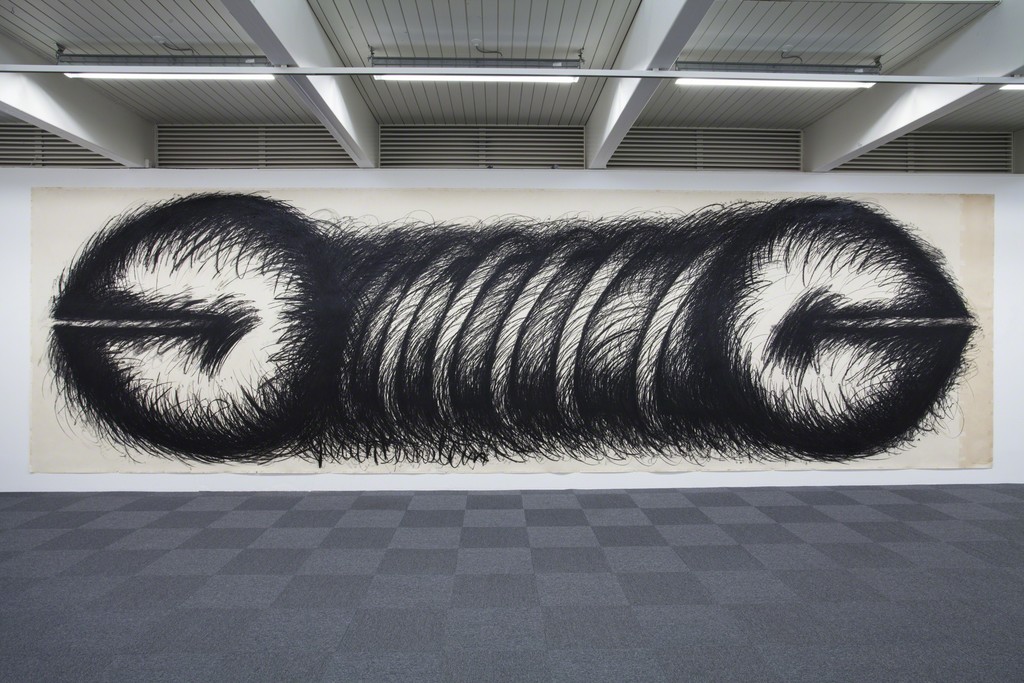 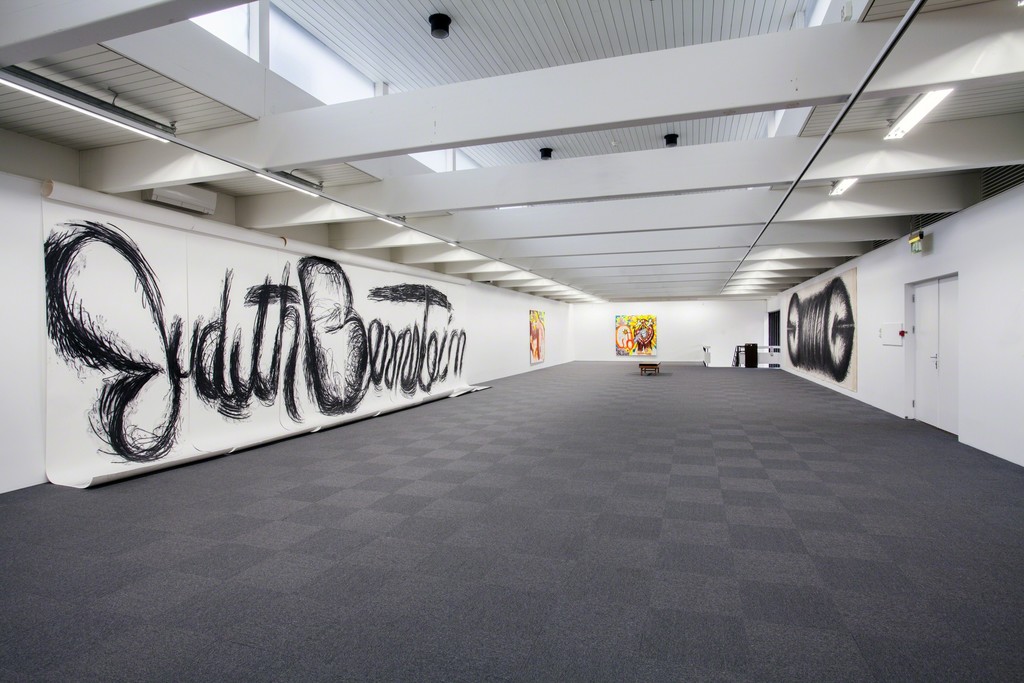 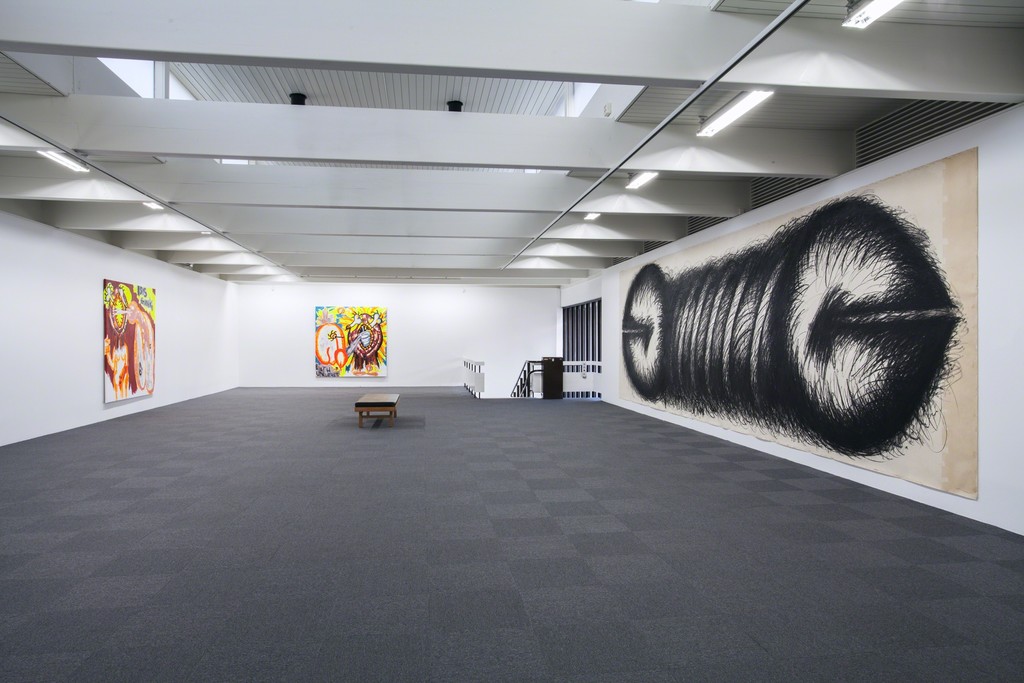 Kunsthall Stavanger is proud to present the first exhibition in Norway by the prolific New York-based feminist artist Judith Bernstein. Since the 1960s, Bernstein has brazenly provoked audiences and institutions alike with her furious visceral paintings and drawings addressing themes of warfare, sexual aggression, and gender politics – often under the guise of outrageous humor.

Bernstein’s work has been called unrepentant, defined as obscene, and has been the subject of numerous controversies and debates including censorship from the exhibition FOCUS: Women’s Work— American Art in 1974. Often described by the artist herself as “a sledgehammer” and simultaneously “funny and dead-serious,” the artworks are psychologically overpowering and undeniably in your face.

The exhibition at Kunsthall Stavanger combines a selection of iconic works from Bernstein’s early career with many newer, never-before seen paintings and drawings. Selections from the artist’s Fuck Vietnam series, her quintessential Screw Drawings and an encompassing Signature Piece are combined with her newer, jewel-toned Dick in a Head drawings and brightly-fluorescent Birth of the Universe paintings to trace an incredible, decades-long continuity in subject matter and visual language, while revealing an explicit development in form. As with all of Bernstein’s work, the artworks included in this exhibition are deeply personal, urgent, and universally accessible.

The exhibition will be accompanied by a publication that includes a selection of writing by individuals with distinct and varying relationships with the work of Judith Bernstein. Each offers a different entry point to the artist’s work, and elucidates an aspect of her life and career.

Bernstein (born 1942, Newark, New Jersey) has lived and worked in New York City since 1967. She received an MFA from Yale University School of Art in 1967. Bernstein was a founding member of A.I.R. Gallery as well as an early member of many art and activist organizations including Guerrilla Girls, Art Workers’ Coalition, and Fight Censorship.

Solo exhibitions include the New Museum, New York; Mitchell Algus Gallery, New York; The Box, Los Angeles; and Mary Boone, New York. Her work has been included in group exhibitions such as The Comfort of Strangers at MoMA PS1, New York; The Last Newspaper at the New Museum, New York; and The Historical Box, at Hauser & Wirth, Zurich and London. Her works are in the collections of the Museum of Modern Art, the Whitney Museum of American Art, the Brooklyn Museum, the Jewish Museum, and Yale University Art Gallery.

This exhibition and publication would not have been possible without support from Arts Council Norway, Stavanger kommune, Fritt Ord and Norske Kunstforeninger.