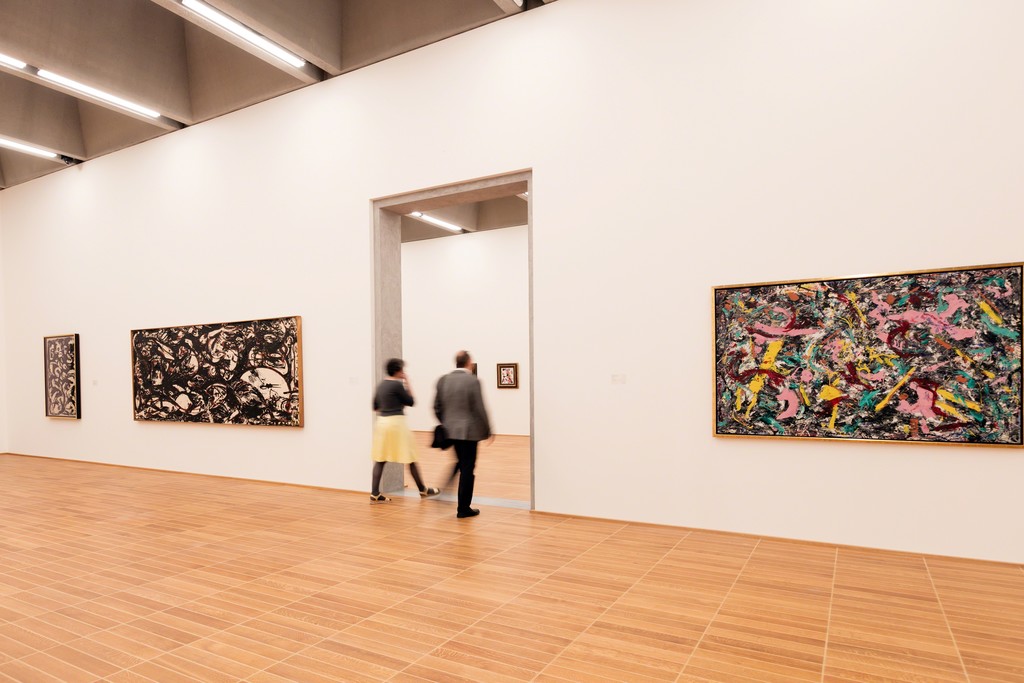 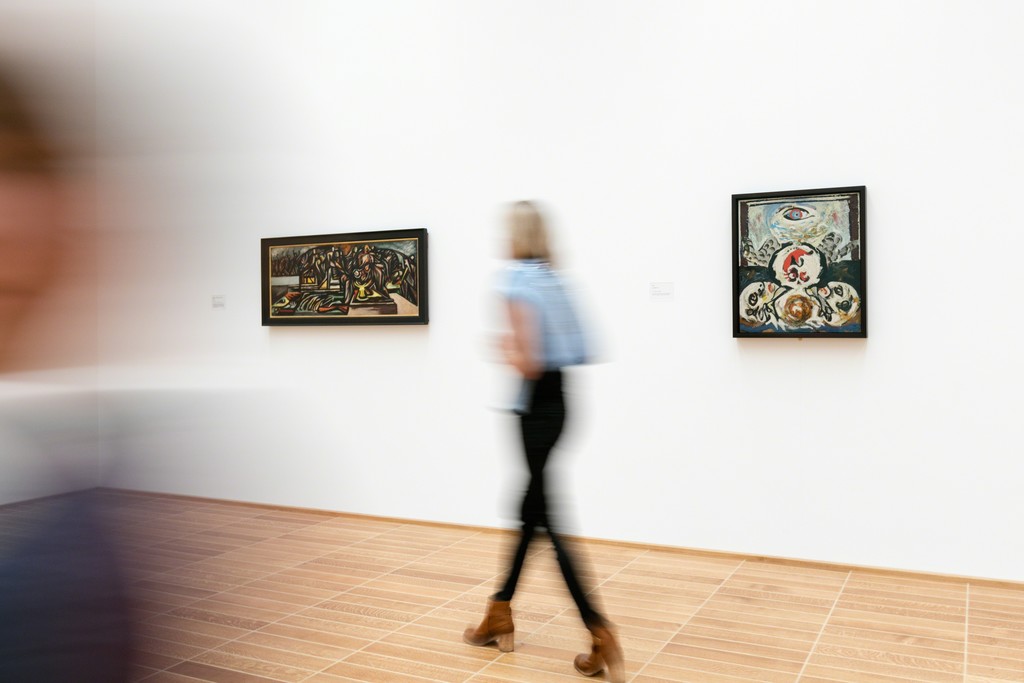 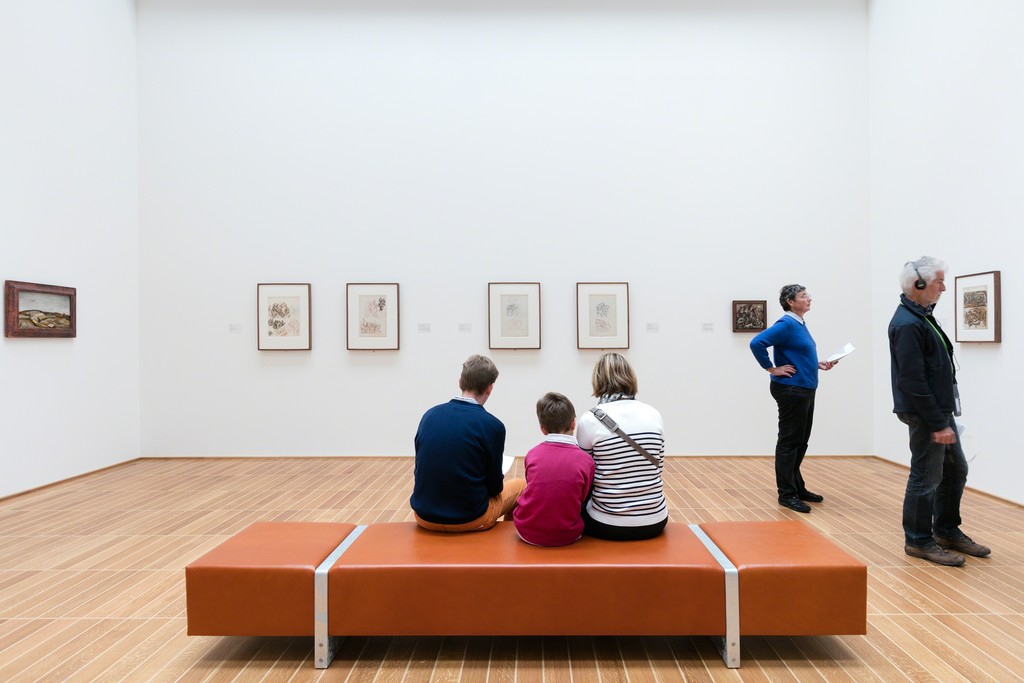 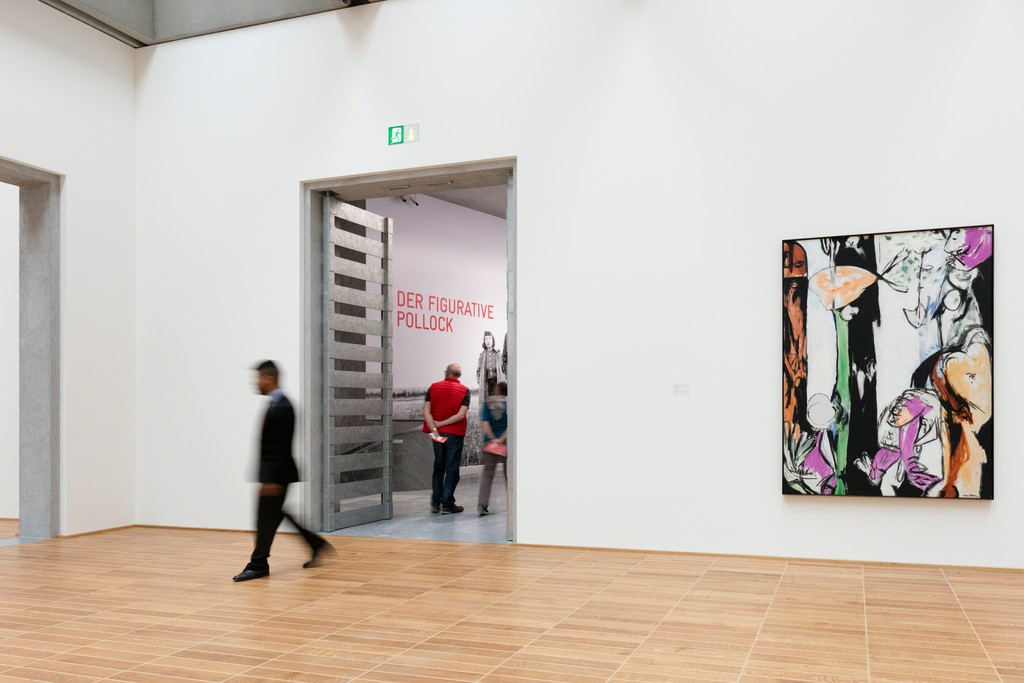 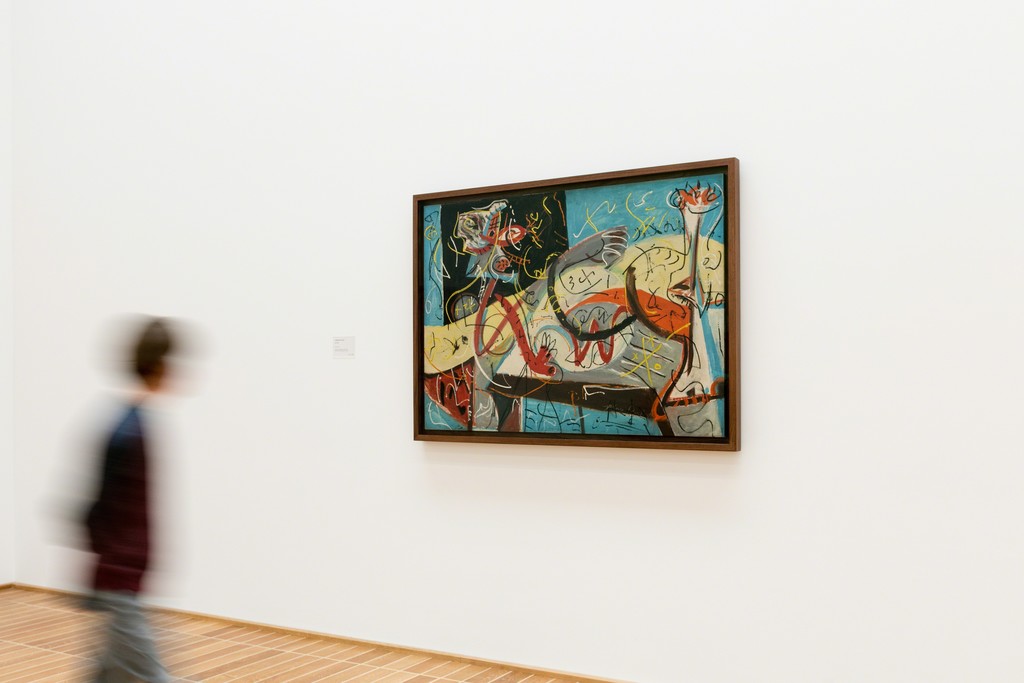 «When you’re painting out of your unconscious, figures are bound to emerge,» Jackson Pollock said in a famous conversation with Seldon Rodman in 1956. Yet the American painter is actually best known for his abstract drip paintings. Far fewer people are familiar with Pollock’s extensive earlier figurative oeuvre and the figurative paintings that grew out of the dripping period. Reframing our perspective on the artist’s creative output, the grand special exhibition at the Kunstmuseum Basel focuses on the figurative aspect of his work in order to pioneer a new perspective on his oeuvre, which spans almost three decades.

The Figurative Pollock examines the different phases in Pollock’s early work: his training in his teacher Thomas Hart Benton’s Regionalism as well as his study of the monuments of art history—El Greco, Michelangelo, Rembrandt, and the masters of Italian Baroque. He went on to discover European modernism, especially the work of Pablo Picasso, with which he grappled over the course of several years. At the same time, his art reflects his sustained interest in the art of North America’s indigenous peoples. The great wall paintings created by the Mexican muralists in the 1930s and 1940s were another powerful influence: the works of David Alfaro Siqueiros, José Clemente Orozco, and Diego Rivera, whom Pollock also met in person, changed his vision of figuration.

The exhibition offers a representative survey of Pollock’s figurative oeuvre, tracing his creative evolution from the mid-1930s to his early death in an accident in 1956. By contrast, the show features only glimpses of the majestic drip paintings the artist produced in the short period between 1947 and 1950. The absence of these famous canvases is a deliberate omission, drawing the visitor’s attention to the manifest continuity linking the frequently marginalized works of the 1930s and 1940s to the well-known large-format canvases from the 1950s. The selection includes an imposing set of black paintings, the works Pollock created immediately after abandoning his signature drip style, as well as his last pictures from the 1950s, which insistently probe the question of the figure.

All in all, the show presents around one hundred paintings and works on paper, including treasures from private collections as well as eminent works on loan from museums in Europe, the United States, Australia, and Japan.