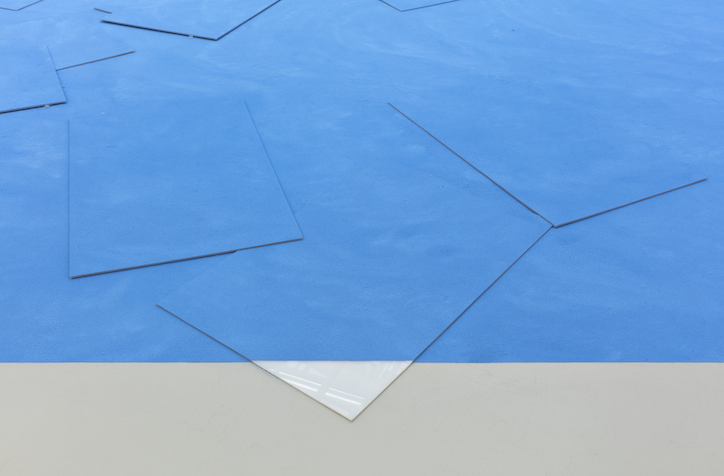 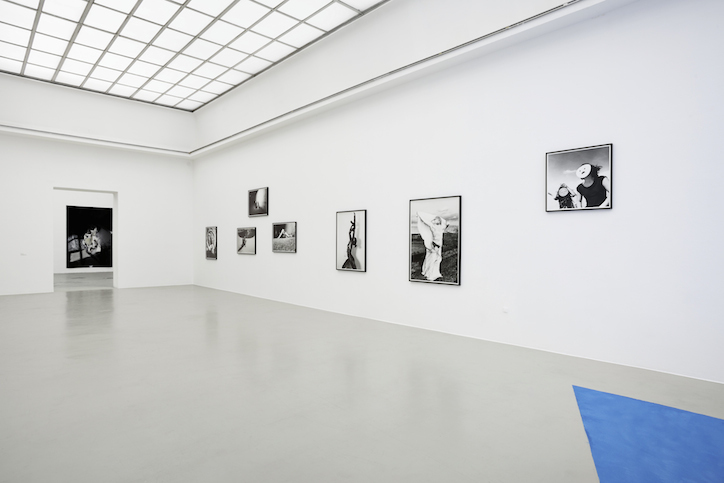 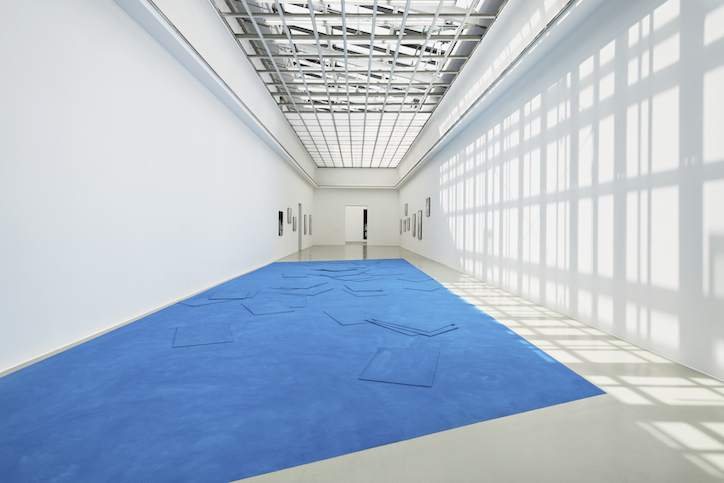 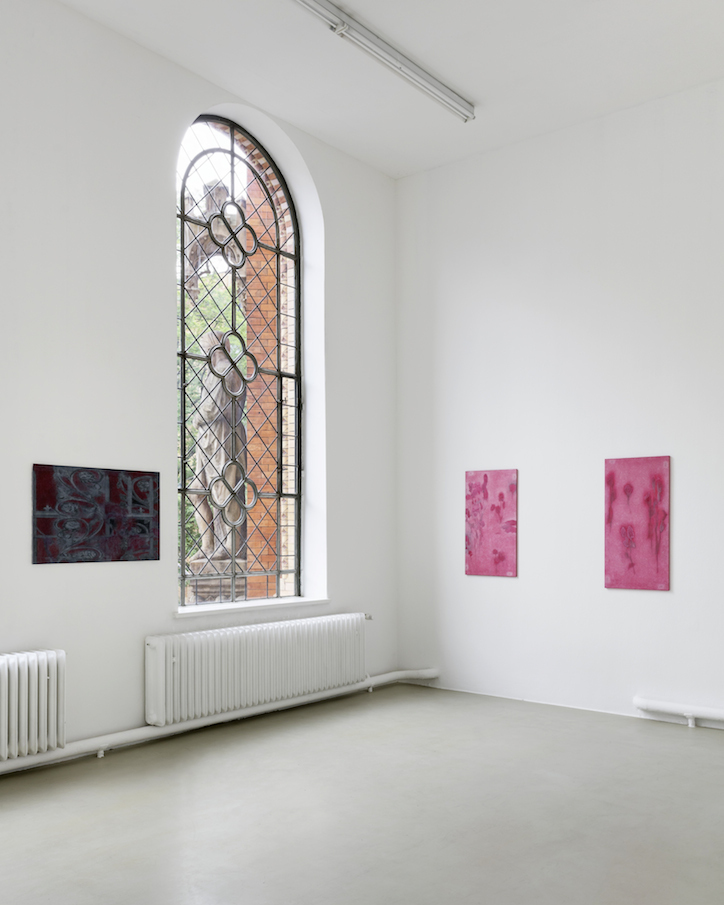 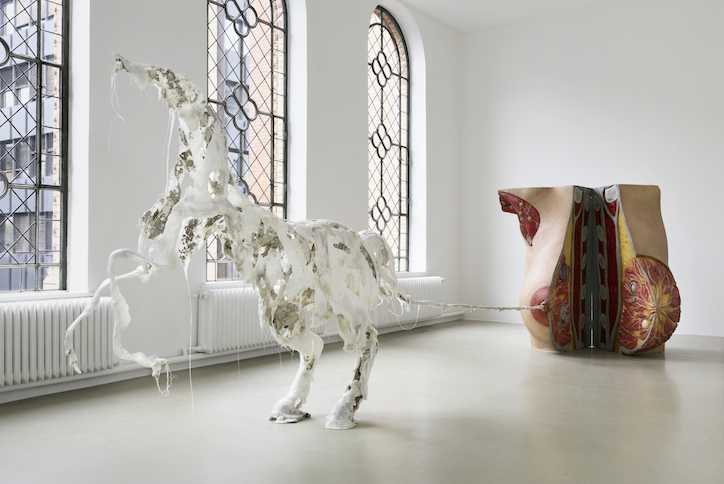 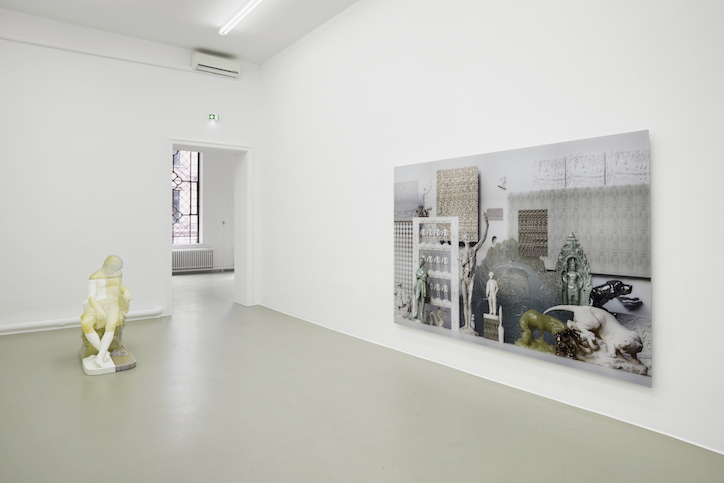 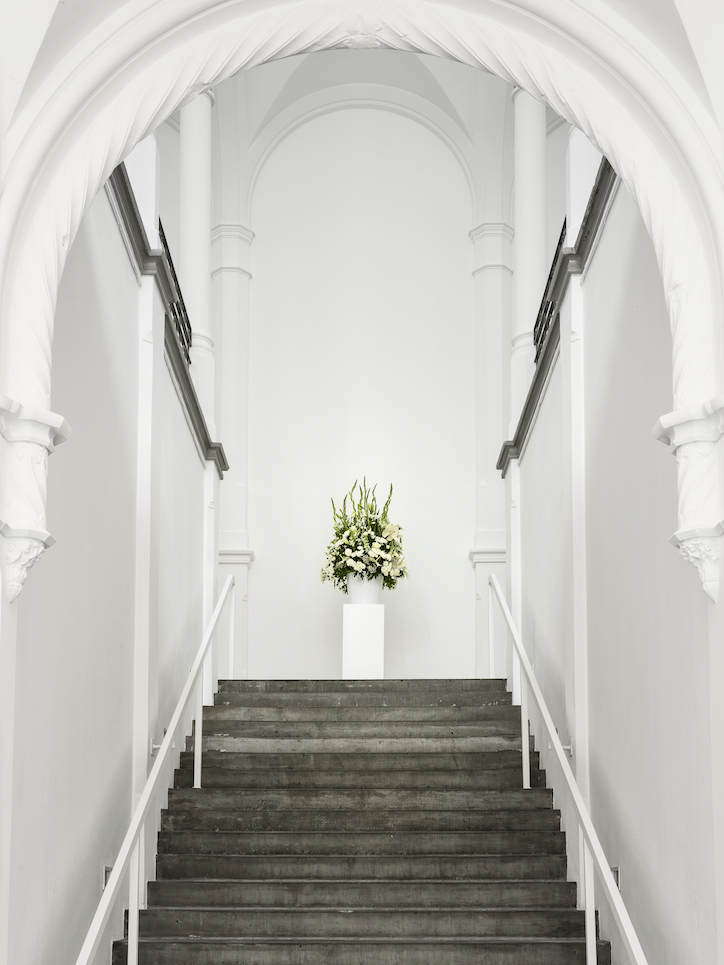 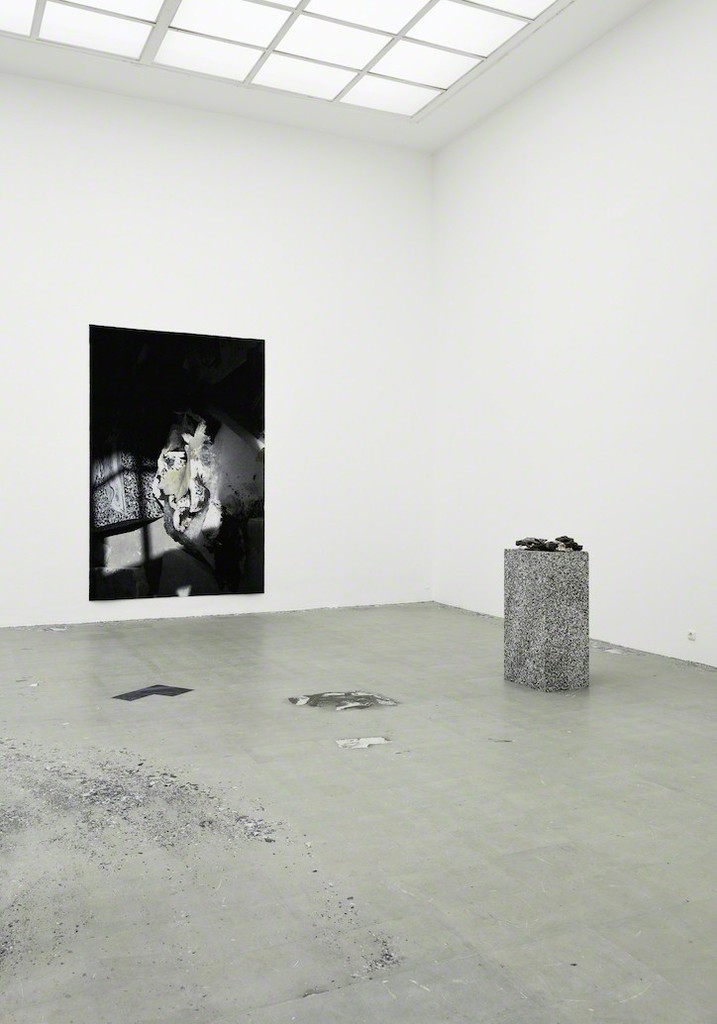 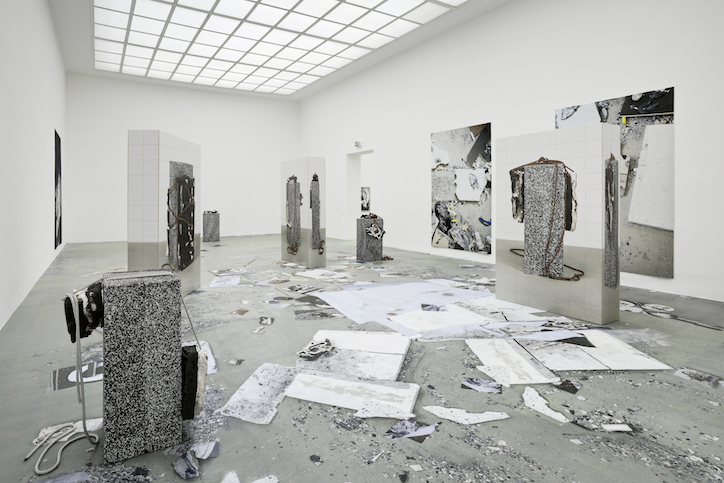 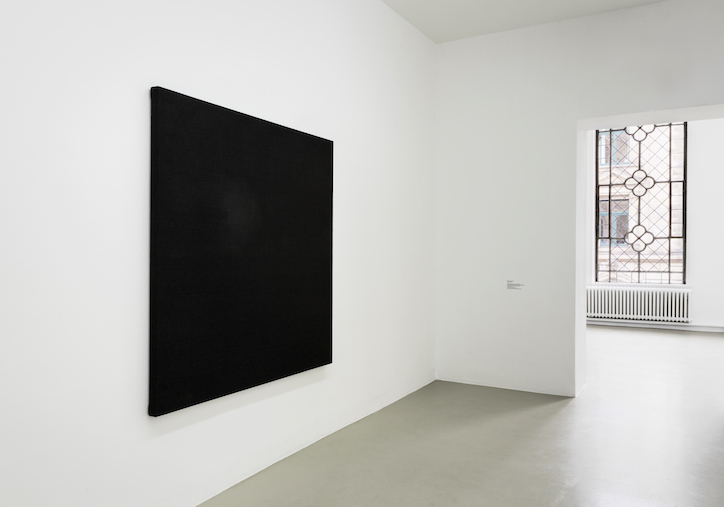 The third edition of Made in Germany, which is again being mounted by the Kestner Gesellschaft, the Kunstverein Hannover, and the Sprengel Museum Hannover, opens on June 2, 2017. Ten years after the first edition, the cross- institutional exhibition project for the first time has a thematic focus: the concept of production. While contemporary art production may be characterized
by global networking and mobility, it still requires an infrastructure, meaning art schools, exhibition venues, and production sites alike, which make up Germany’s art and cultural landscape. A more intense self-inquiry into artistic approaches has become noticeable in recent years—includ- ing with respect to the specific conditions of art production in Germany. Artists address producing art in particular
in collective work, processual methods, and in time-based formats as well as in the examination of production processes and presentation venues. The selection of the 41 artistic positions in the exhibition, for which new site-specific works have been specifically created, represents these current trends.

Network—Collective
Working artistically in networks and collectives reflects the experience of omnipresent networking, which can be experienced today on all existential levels. Artists develop off spaces, bars, platforms, and event formats in which they connect up temporarily. In addition, digital communication has accelerated the networking and proliferation of the produced contents and images. The network as a structural principle plays a crucial role as a mode of exchange between artists as well as within the production process of numerous works.
With BPA. Berlin Program for Artists, Calla Henkel & Max Pitegoff, IMPURE FICTION, lonelyfingers, DAS NUMEN, and the Studio for Propositional Cinema, different models of artists working in collectives or in a temporary network have been invited that think of production as the continuous treatment of meaning and contents. Moreover, the works by Kasia Fudakowski, Oliver Laric, Amy Lien, and Enzo Camacho deal explicitly with networked production mechanisms and processes.

Time—Process
In the contemporary production of art, the time factor is attributed a key role as a performative aspect and as concen- tration on the moment. In this context, performance formats obtain particular importance on two levels. The first concerns the actual physical presence of the public and artists, which has gained importance in an increasingly digitized lifeworld.
The second level comprises the temporary form as such, which defines the work of art as a final and ephemeral form of art production. Several of the participating artists appear in different performance formats, such as, for example, Kasia Fudakowski, IMPURE FICTION, Veit Laurent Kurz,
Yorgos Sapountzis, the Studio for Propositional Cinema, or Nile Koetting within the framework of the BPA. The inclusion of the collaborative partners Festival Theater- formen, KunstFestSpiele Herrenhausen, and Schauspiel Hannover, each of which is contributing its own projects
to Production. Made in Germany Three, reflects this key role of performative projects in a special way.
At the same time, the process of production becomes explicit in the thematization and disclosure of the genesis of works of art, such as it takes place in works by Julius von Bismarck, Sascha Hahn, Ketuta Alexi-Meskhishvili, Raphaela Vogel, or Peles Empire based on the self-reflexive addressing of the origination process.

Site—Context
The examination of the specific sites and contexts also becomes visible in the numerous new productions in the exhibition. A large share of the works makes direct reference to the site and the environment. The multifaceted character of the venues, each with its own historical background and architectural conditions, as well as the structural aspects of the surroundings are taken up in the works by Katinka Bock, Lena Henke, Daniel Knorr, Schirin Kretschmann, Amy Lien & Enzo Camacho, Lotte Lindner & Till Steinbrenner, and Yorgos Sapountzis. The reference to the specific site being aspired to clashes with the globalization of the art world and the expanded spheres of activity and life of many of the invited artists.
At the same time, the question arises as to what art can set against its complete expropriation due to its permanent presence and circulation in a digital world. Works by Juliette Blightman, Carina Brandes, Henning Fehr & Philipp Rühr, Willem de Rooij, and Hito Steyerl address the personal positioning of the individual, both in the private sphere as well as with respect to cultural membership and identity.

Thematic Focus
Against the backdrop of the thematic focus on the question concerning conditions of art production in Germany, for the first time, selected artists have been included in the exhibition who represent the influence that an older generation of artists has on a younger one: Hito Steyerl as a feminist and critical artist who scrutinizes the digital media and its political and economic implications. Willem de Rooij as an artist who poses questions concerning artistic authorship conceptually. And finally, Thomas Ruff as an artist who began to undertake a precise inquiry into the (photo- graphic) image very early on and in ever-new approaches, always including the technical means that lead to the image.

Location and History
The exhibition project Made in Germany was initiated in Hannover ten years ago as a counterpoint to large-scale glo- bal projects such as documenta or the Venice Biennale.
The Sprengel Museum Hannover, one of the most prominent German museums and with an outstanding collection and an international presence, joined the Kestner Gesellschaft (founded in 1916) and the Kunstverein Hannover (founded in 1832), two of the most prominent art associations in Germany, to develop the project. These important institutions are thus again offering a broad platform for the presentation of contemporary art.

Team—Collective
The team concept of Production. Made in Germany Three has been of key importance from the very beginning.
All of the curatorial decisions, such as the selection of artists, the budget, events, and the exhibition design, were agreed and decided on within the team of curators (with two curators from each of the institutions). The team consists of Christina Végh and Milan Ther (Kestner Gesellschaft), Kathleen Rahn and Ute Stuffer (Kunstverein Hannover), and Gabriele Sand and Carina Plath (Sprengel Museum Hannover).

“Made in Germany”: Three plus three equals three
The subtitle of the first edition of Made in Germany in
2007 was “Young Contemporary Art from Germany.” Over- night, it presented the broad spectrum and the variety of young, contemporary art in Germany. However, it was not about defining national art; rather, the aim was to “make artistic production in Germany visible as a network of site-related conditions, each with different biographical and national specifics, and the resulting cultural exchange.”

Five years later, this became the focus of the second edition of Made in Germany. The survey exhibition presented a younger generation of international artists who live and work in Germany, and placed them in relation to one another based on six different thematic areas.
Ten years after the first edition, the internationality of Germany as an art and cultural landscape is completely taken for granted. The large-scale exhibition is for the first time orienting itself toward a theme. In the title Production.
Made in Germany Three, the emphasis is on “made,” hence on the production of art as well as the conditions of production in Germany. Various factors, such as collective and site-specific work, processuality, and performance, are examined under changing signs, such as globalization, digitalization, and migration.
Supporting Program
The exhibition is being accompanied by an extensive program of events with performances, lectures, a round-table discussion, as well as tours alternately guided by the curators and the directors of the individual institutions. It is also being enhanced for the first time by the three collaborative partners Festival Theaterformen, KunstFestSpiele Herrenhausen, and Schauspiel Hannover and thus takes shape as a multi- disciplinary practice.

Catalogue
The catalogue, which is published by the Snoeck Verlag, includes texts by Nikola Dietrich, Timo Feldhaus, Hans-Jürgen Hafner, Dominikus Müller, Carina Plath, Kathleen Rahn, Gabriele Sand, Noemi Smolik, Reinhard Spieler, Ute Stuffer, Milan Ther, and Christina Végh and draws a multifaceted picture of the production conditions and processes in and outside of Germany. Among others, artists such as Rita McBride and Matt Mullican and curators like Chris Dercon, Max Hollein, or Vanessa Joan Müller have contributed statements to the catalogue on the infrastructure and the production of art in Germany as well as cast a critical look from outside on the situation in Germany.