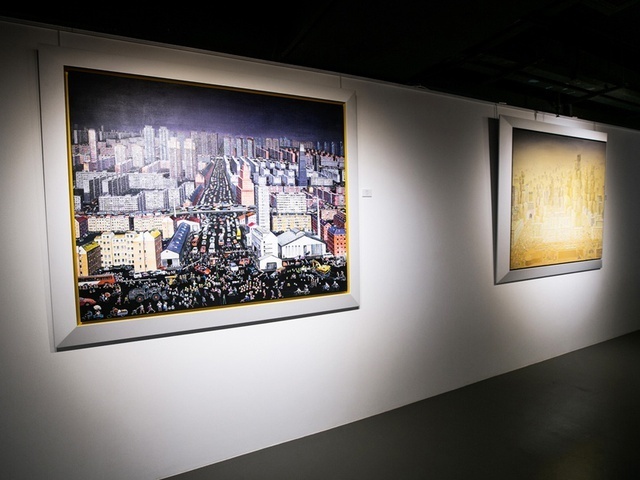 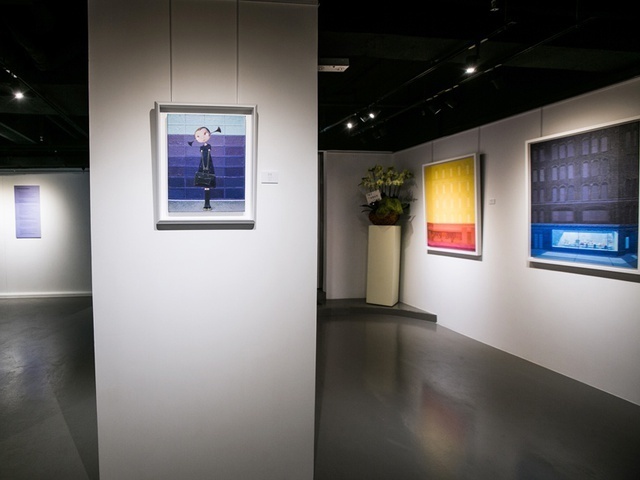 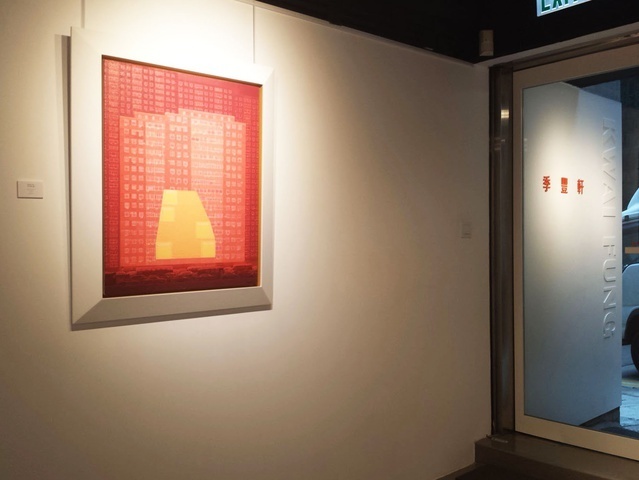 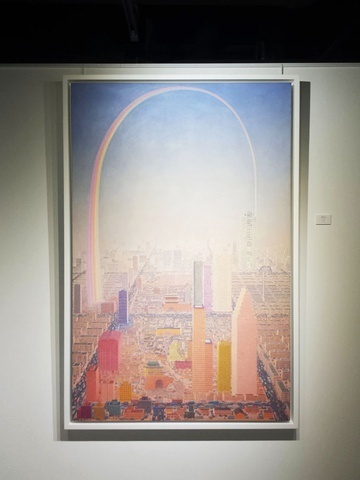 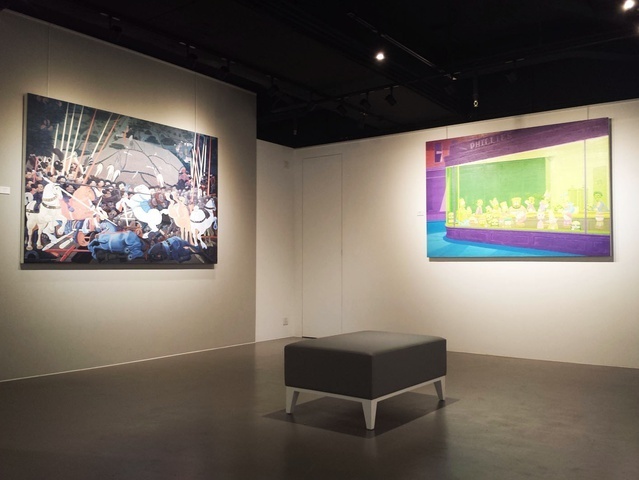 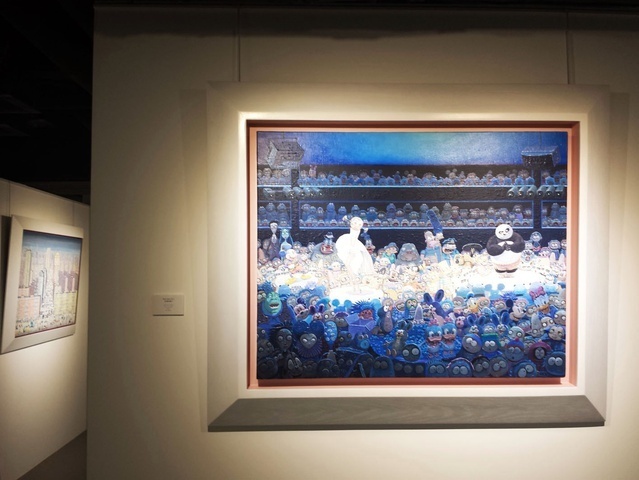 The exhibition featured twenty paintings of Zhang Gong on urban cities. A large amount of American and Japanese cartoon characters, together with Zhang Gong's cartoon creations, are placed in a realistic yet extraordinary renderings that are created in reference to Beijing and New York cityscapes. These cartoon characters are like a consolidation and generalization of people in real life. They reflect the cultural shock of Zhang Gong during the period of rapid social changes, and convey his hope for the city's future.

Looking at the painting Beijing No.1, one would be immediately attracted by the sprawling blocks of skyscrapers and the streets teeming with traffic, people and cartoon characters. The city is shrouded by a tender and warm tone. The richness and meticulousness of the picture elements is impressive. At first glance, one might not recognize the urban scenes in the painting, but the atmosphere can be easily sensed. There are spire skyscrapers, classical bungalows, houses to be demolished and commercial buildings under construction. This bustling cityscape is created in accordance to his subjective feelings about Beijing and New York.

Zhang Gong said, "The two cities I like the most are Beijing, a city I am very familiar with; and New York, a city which I am not too familiar with. Beijing's multitude of changes coveys a pain of my reminiscence, whereas New York carries a hope that I can't explain. "