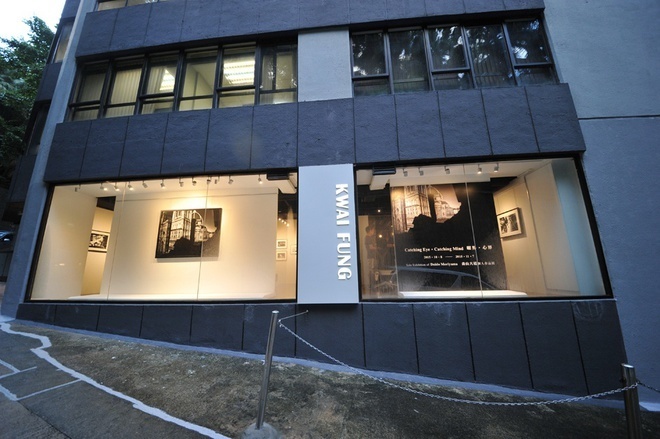 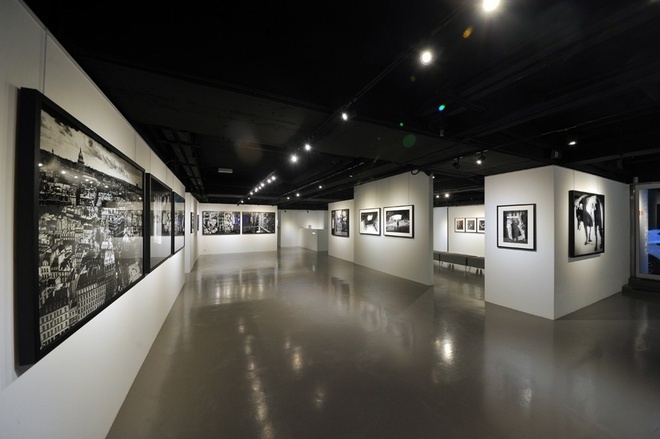 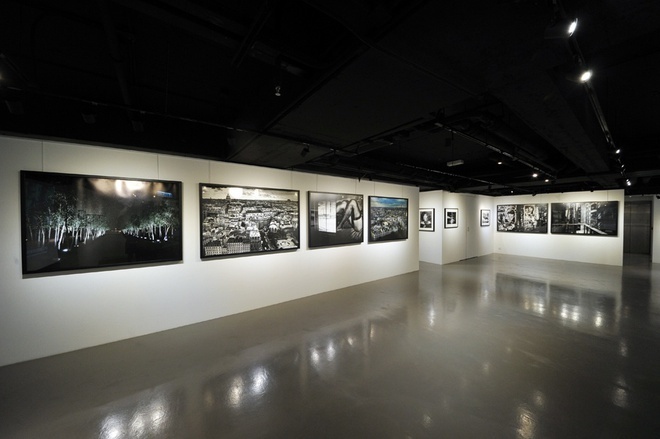 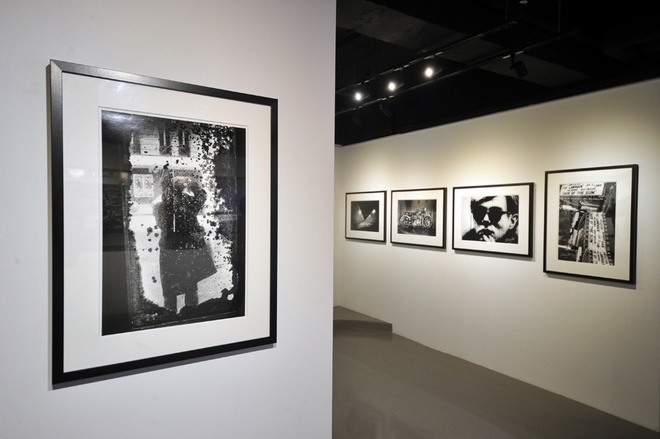 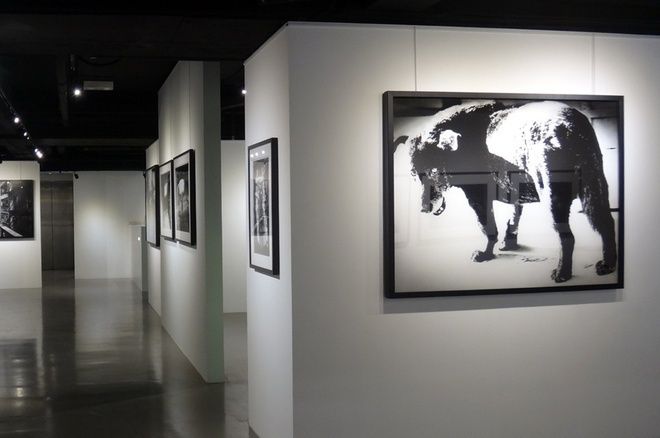 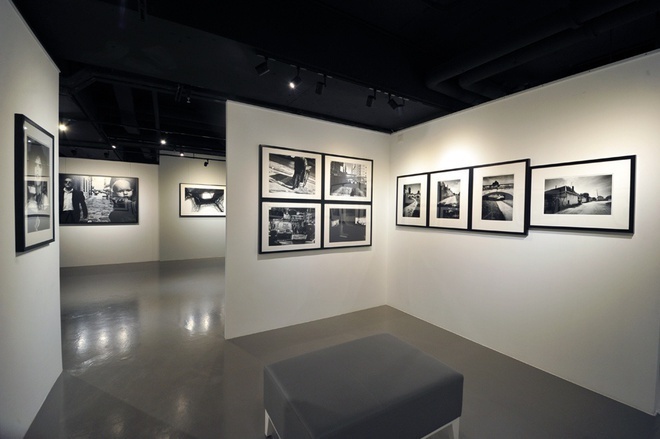 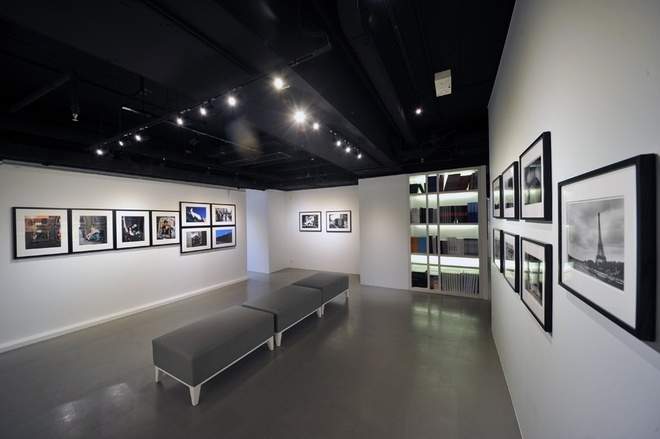 The exhibition features 50 works from different periods throughout the artist’s career, from 1971 to the present day, including his most iconic photograph, "Stray Dog" (1971).

Moriyama's early photographs appear exceptionally grainy and often lean towards abstraction with their blurring of figures. These early works include Moriyama's most famous photograph, the iconic "Stray Dog" from 1971, which has continued to intrigue and unnerve viewers into the present day. Moriyama never has a fixed location for his shooting; rather, he wanders the streets, not unlike the way a stray dog lingers here and there in search of food. Often called his unofficial self-portrait, "Stray Dog" has become a metaphor for the artist himself. Also in 1971, Moriyama paid his first visit to New York. He was overwhelmed by the big city. He obtained a great deal of ideas and inspiration from the work of photographer Bruce Davidson, as well as from the work of Andy Warhol. In 1974, Moriyama published his landmark series "New York: Another Country".

Since the 1990s, Moriyama has frequently participated in large-scale exhibitions in Japan and abroad, including "Stray Dog", an important retrospective exhibition of Moriyama at San Francisco Museum of Modern Art (1999). Whenever Moriyama travels, he takes photos of each city as if writing a diary. This practice has been incorporated into an on-going series called Record. Many works in this exhibition come from this series, which documents Moriyama's exploration of cities including Paris, London, Taipei and Hong Kong.

In recent years Moriyama has begun to incorporate colour photographs into his work, yet he continues to adopt his uniquely grainy, blurry and out-of-focus style of aesthetics. Using high contrast and grainy photos together with post production techniques in the dark room, the artist slowly brings forth his desired images. Some of the images might be unclear and ambiguous but this is exactly how his experience at street level impacts him. It is his interpretation of this "presence" and "reality" which shows the unique character of each city, whether it is its anxiety, desire or charm.

A Lifetime of Achievement in Photography

Moriyama has participated in exhibitions worldwide, including a joint retrospective with William Klein at the Tate Modern in 2012. He has also held solo exhibitions at the San Francisco Museum of Modern Art, The Metropolitan Museum of Art, New York, the Fondation Cartier pour l'Art Contemporain, Paris, the Fotomuseum, Winterthur, Switzerland, the Folkwang, Essen, Germany and the Metropolitan Museum of Photography in Tokyo.