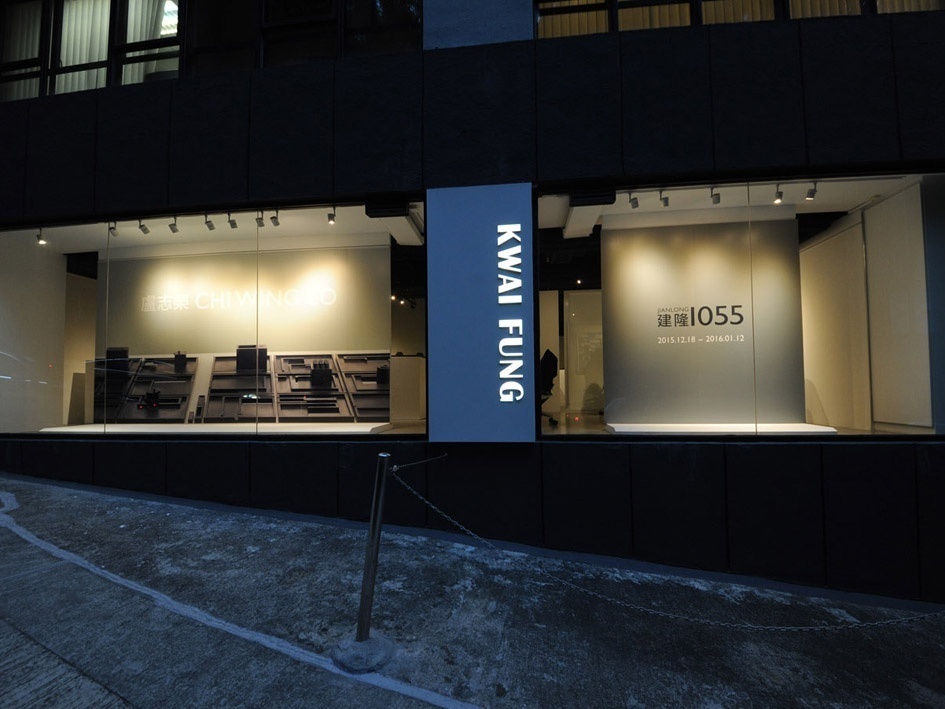 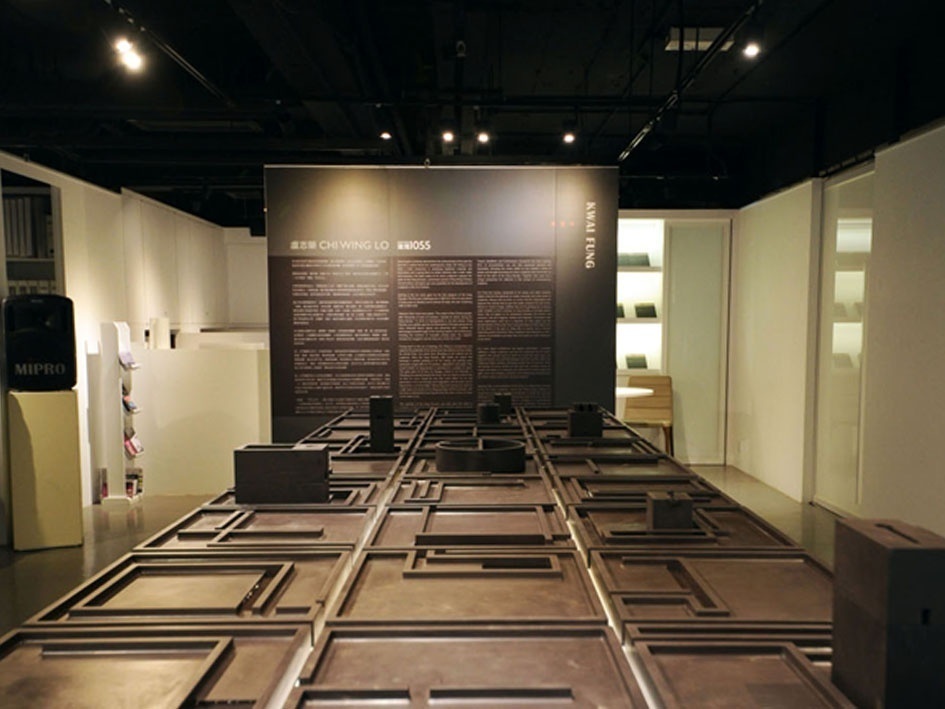 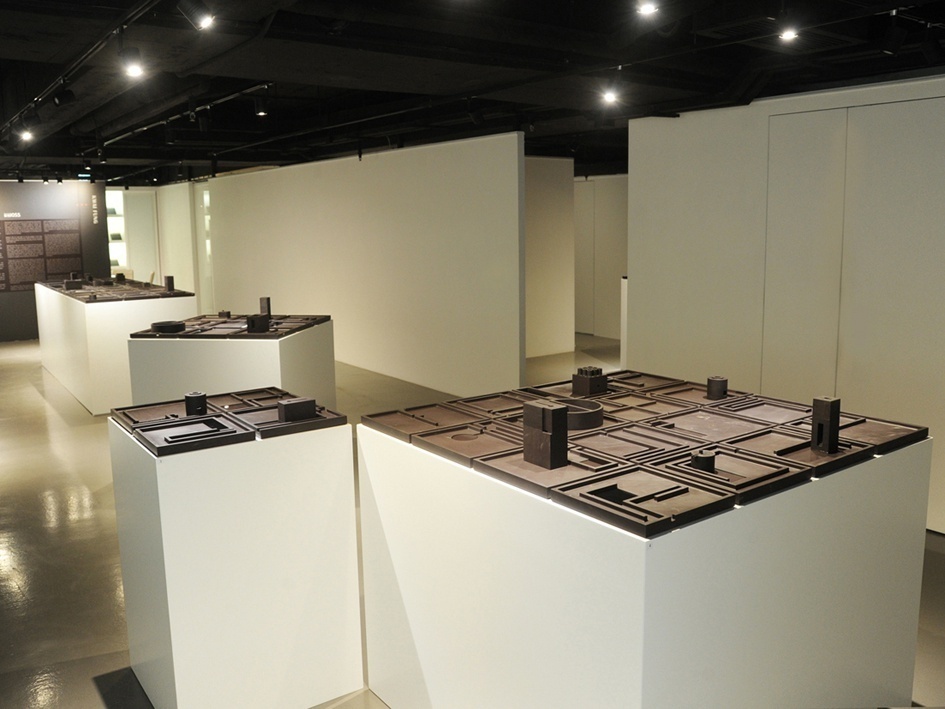 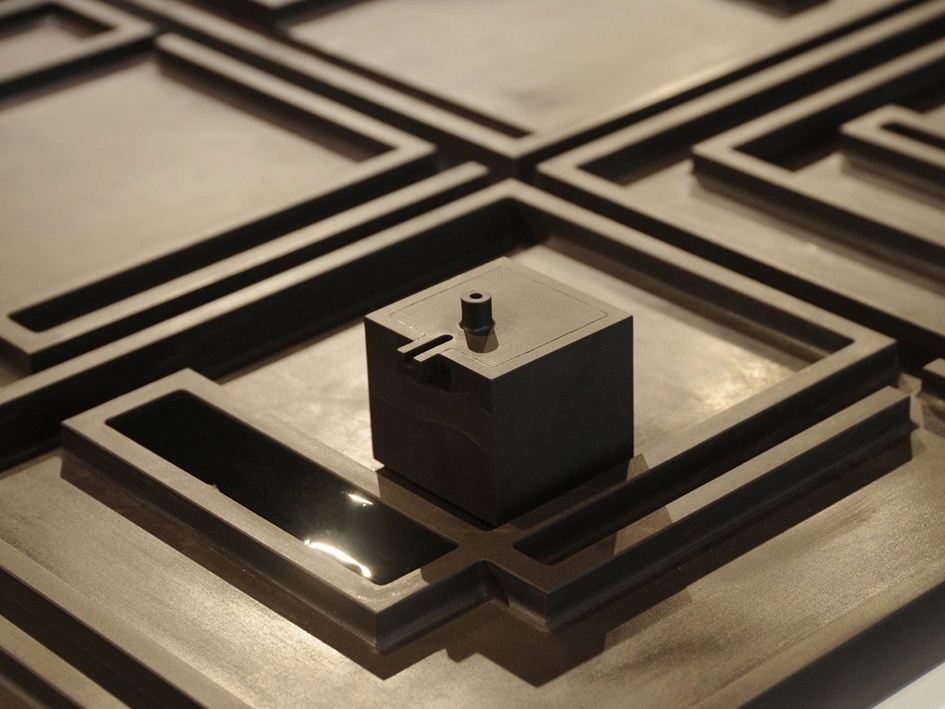 Searching for continuity derived from the achievements of the past has become a central theme for contemporary artists. Chi Wing Lo has been a keen proponent in revitalizing traditional materials and techniques and in giving them an artistic direction that is both viable and evocative. His latest series of ink stone sculptures captures the spirit of the Song Dynasty, a prominent period of flourishing Chinese art and culture, and opens up a new possibility for the development of sculpture in the 21st Century.

Jianlong is the era name given by the first emperor of the Song Dynasty. The first year of Jianlong was in 960 A.D. If the art and culture of Song were to develop and to prevail till today, the year of Jianlong 1055 is 2015 A.D. Historian Chen Yinke once stated, “The culture of the Chinese people, after thousands of years of evolution, reached its climax during the Song dynasty.” In terms of developments in art and science, Song Dynasty was a golden age, like the Renaissance in Europe, giving rise to many influential literary figures and advancing with a number of technological breakthroughs of far-reaching impacts and contributions, including the invention of movable printing types, the magnetic compass for navigation and the discovery of the true north.

Tracing back to the era of Jianlong, Chi Wing Lo re-examines and explores the potentials of ink stones from that period, and has chosen the famed Duan Yan stone from Zhaoqing as the material for his sculptures. Since the Song Dynasty, high quality ink stones that facilitated a perfect grinding of ink for writing and painting were particularly sought-after by ink painters, calligraphers and poets. They would embark on long journey in searching for a suitable ink stone. The great poet of all time, Su Dongpo, visited Fu Ke Mountain in Zhaoqing and selected directly the Duan Yan raw stone to ensure that his final ink stone would be one that could reflect his art and personality; in the eyes of poets and calligraphers, the ink stone was far beyond than a practical object. Demanding and involving, the quest for a right stone, the pursuit of an intriguing design and the resolution with the finest craftsmanship have long elevated the status of the ink stone to the realm of art.

The aesthetic of the Song Dynasty was built upon the belief in simplicity, in the beauty of being concise and the wisdom of being spontaneous. Advocating a return to the nature, the ideologies of Taoism, Buddhism and Confucianism considered the most inspiring form of ornamentation was one that expressed restraint and essentiality. Inheriting this artistic belief, Lo has created a series of simple and thought-provoking ink stone sculptures that reconnects us back to the spirit of the Song Dynasty. Together, they open up a unique perspective for reflection in the context of contemporary sculpture.

Lo's forty-two stones, comprised of ink stones and other scholarly objects, become the elements to create a boarder and richer series of sculptures. Always with our time, Lo carves only few indentations and engraves few precise lines to give the subtle variations for each stone. Square or round in shape, whether they are for grinding ink, to release water droplets, to burn incenses, to clean brushes or to keep papers down, they all appear to lie somewhere between the known and unknown, real and imaginary, familiar and enigmatic. Composed with every deliberation, each set is a labyrinth, an inner space and the private domain of the artist. From treasured objects in the study room of the literati in the past to being able to acquire now a forever expanding spatial dimension, these sculptures have liberated us with a vastness of possibilities and ideas that will continue to find resonance in the future.

Lo’s vision about architecture and spatial composition is infinitely reflected in these sculptures: just how he would put the ink stones together, the precise space by which he would set them apart, the balanced tension we could feel between one form and the others, the intriguing endless variations developed simply from his tectonic circles and squares, his lyrical rhythms of solid and void... all these convey an enigma that leads us to interpret and reinterpret his stones again and again, every time bringing us pleasure and revelation by participating in his infinite creative discoveries and permutations.

Jianlong 1055, a solo exhibition of Chi Wing Lo, will present nine sets of his ink stone sculptures, inviting the Hong Kong audience to experience up close his sensibility and attention to detail, his continued dedication in rejuvenating materials and techniques from the past, and to appreciate his celebrated talent in bringing to unprecedented proximity the disciplines of sculpture and architecture. Through this work, he wishes to unite wisdom and sensibility of past and present, and to bring about a beauty that is timeless, simple and essential.