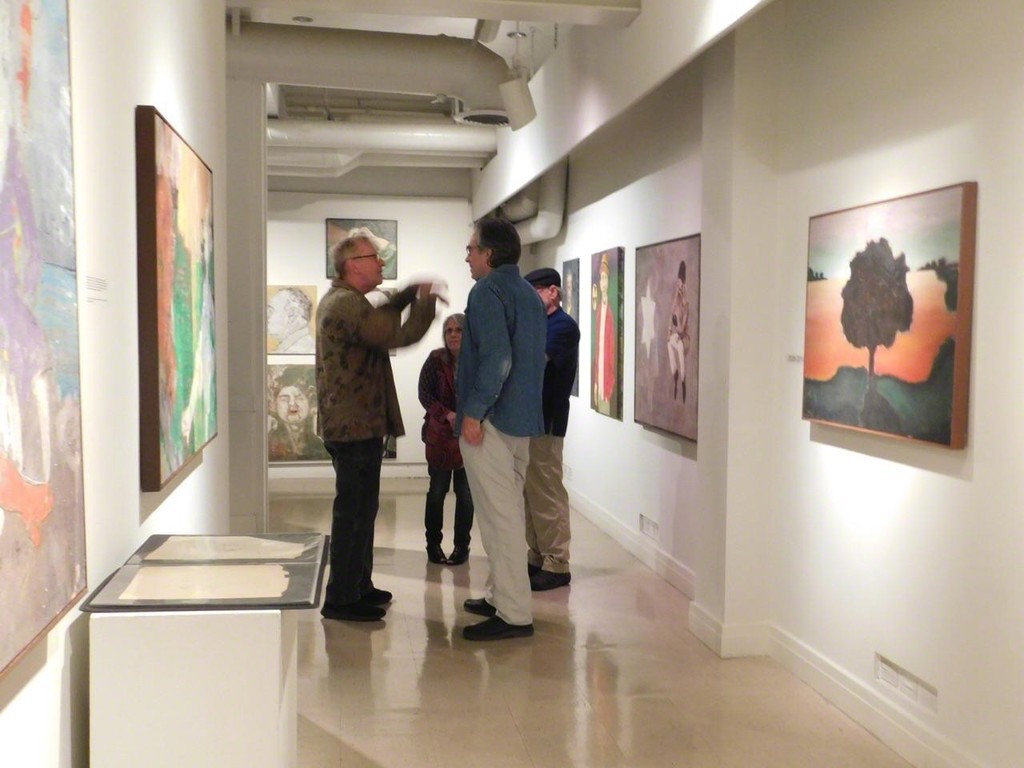 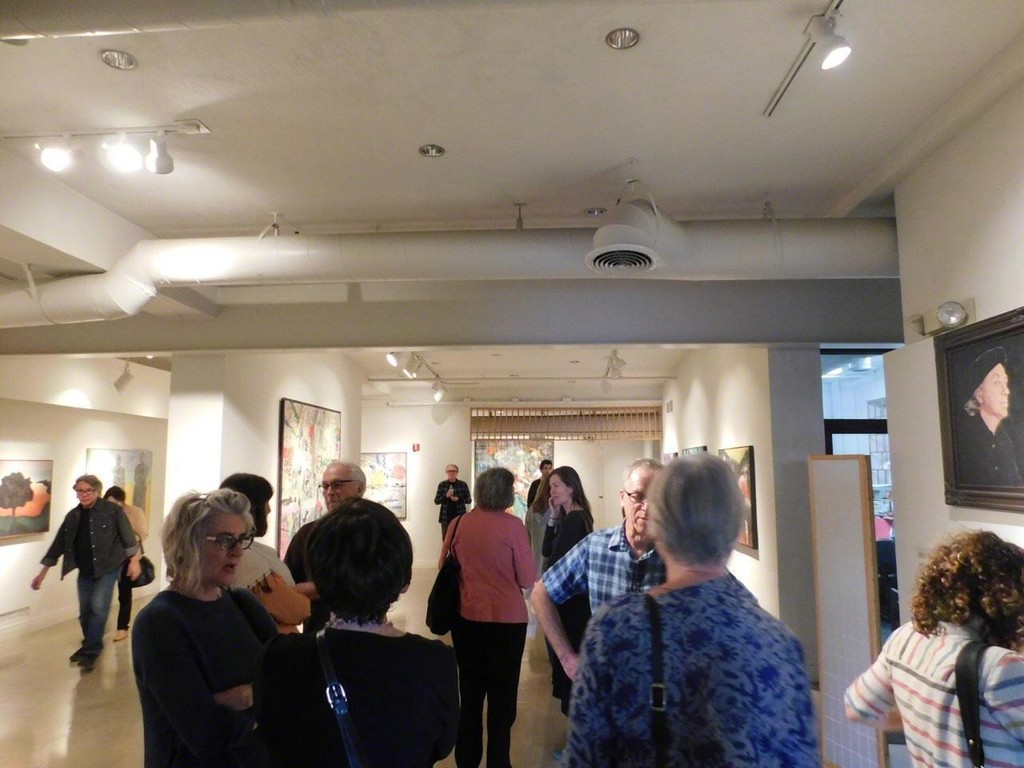 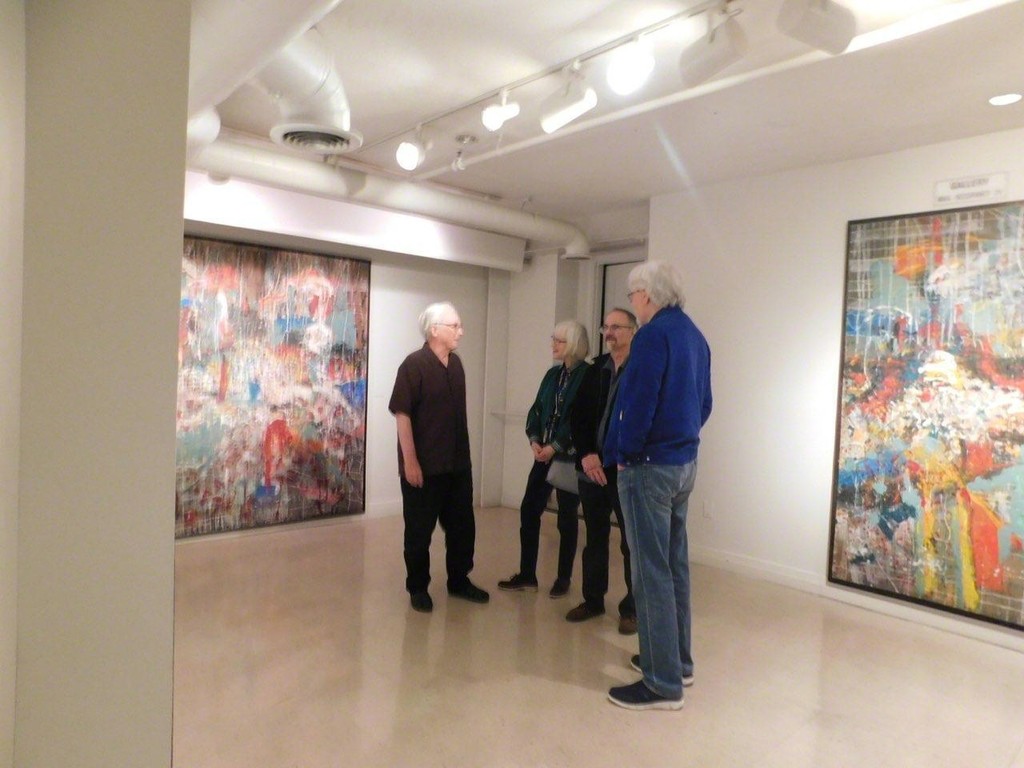 Press Release
Exhibition: Jon Peterson: 12 Years of Painting
Dates: February 1 – February 25, 2018
Hours: Wednesday—Sunday 12pm—5pm
Reception: Sunday, February 11, 2018 1—3pm
LA Artcore Gallery at the Union Center for the Arts
120 Judge John Aiso St, Los Angeles CA 90012
Phone #: 213-617-3274
www.laartcore.org
LA Artcore Gallery at the Union Center for the Arts is pleased to host a solo exhibit by Los Angeles artist
Jon Peterson. This is the second survey of art works by the artist shown at the gallery, the first was in 2013.
In a personal quest for the authentic artist in the age of social media, Peterson returned to painting after a
twenty year hiatus, starting with portraiture. First, using his friends and family as subjects, he expanded this
practice to a re-examination of images from the newspaper, Internet, art books, and in 2011, a “found”
portfolio of sketches by an artist known only as Phyllis T. In a published interview with writer, curator, artist
Constance Mallinson, Peterson states, “Matisse's theory was that artists are born with an innate sensibility,
and their whole career is dedicated to articulating that, to bringing out whatever it was that was imprinted
on them when they were born. My “style appropriation” is a method to help me discover my own
sensibility.”
Over the past twelve years, Peterson’s paintings developed their own unique style; paintings that begin with
a grid or mapping on the canvas, then with an overlay of architectural, landscape or figurative imagery,
combining diverse processes, and techniques. They hold for the viewer something of the familiar, visualized
in a new way, intimating the presence of the artist.
Jon Peterson, known for his involvement with the early downtown LA art scene, and specifically as one of a
group of artists in the late 70s called the 'Young Turks', received a degree in Aeronautical Engineering from
the University of Minnesota and a Master of Fine Arts from Otis College of Art and Design. During that time,
he had four solo exhibitions at Newspace in Los Angeles; in the 80s, he showed with the Protetch-Mcintosh
Gallery in Washington D.C. and received a National Endowment for the Arts Artist Fellowship. His work has
been included in numerous group exhibitions, and in 2017, he had a solo exhibition at the Long Beach
Community College Art Gallery, curated by Trevor Norris. He has completed public art commissions in
major cities, including Washington D.C., Houston, Texas, and Los Angeles, CA. Peterson has served on
several boards of Los Angeles art organizations, including LACE, LARABA (Los Angeles River Arts and
Business Association) and Inner City Arts. He was the President and founding member of Downtown Arts
Development Association (DADA). Born in Stillwater, Minnesota in 1945, Peterson now lives and works in
Pasadena, California.
For more information about the exhibition, please contact Pranay Reddy at [email protected].
A full color catalogue of Jon Peterson: 12 Years of Painting is available, with an introduction by
Trevor Norris, and an interview with the artist by artist, curator, critic Constance Mallinson. 117 pages. Price
is $75 with all proceeds to LA ARTCORE.
Included here is an image of a
painting for the release. The title of
the painting is “Ellsworth Kelly in
L.A.” , 2017, 80” x 68”, mixed
media on canvas.