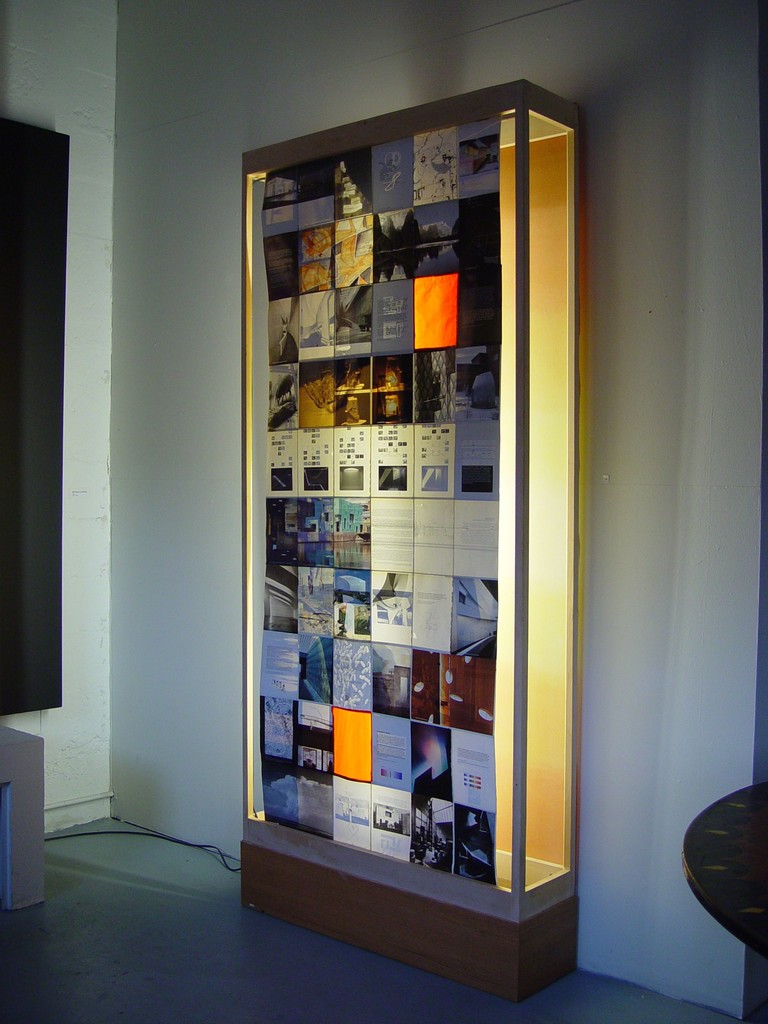 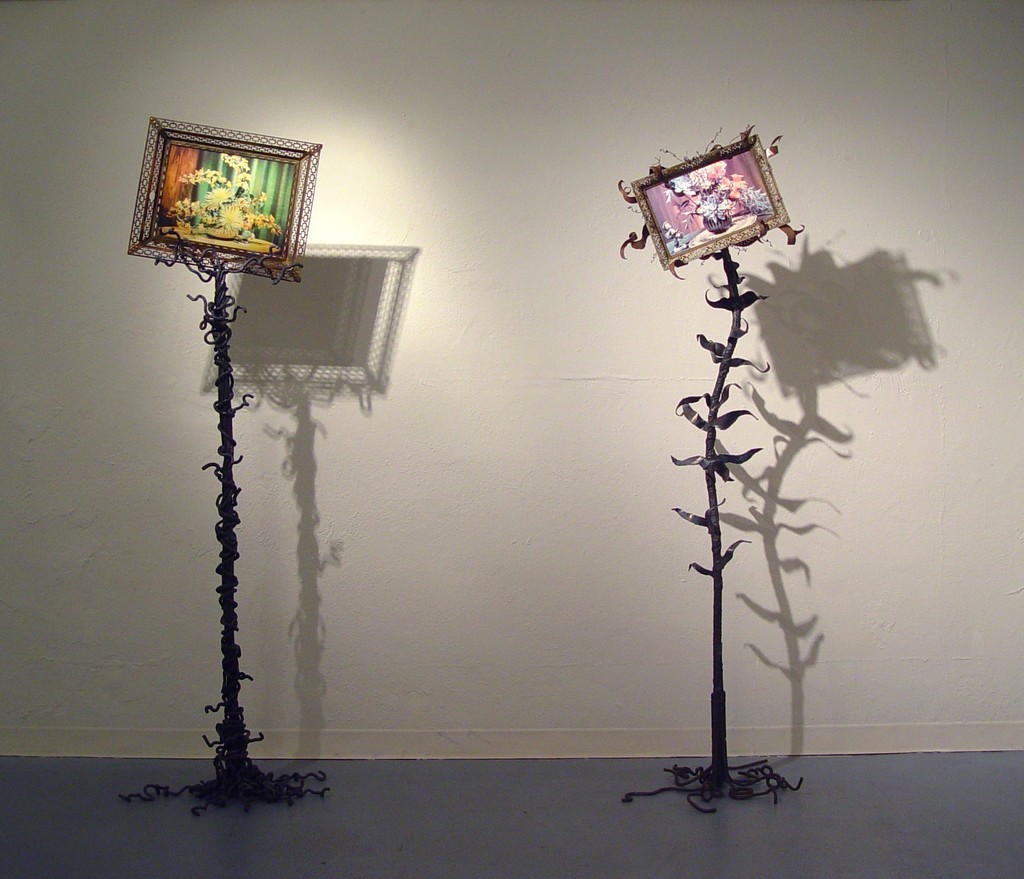 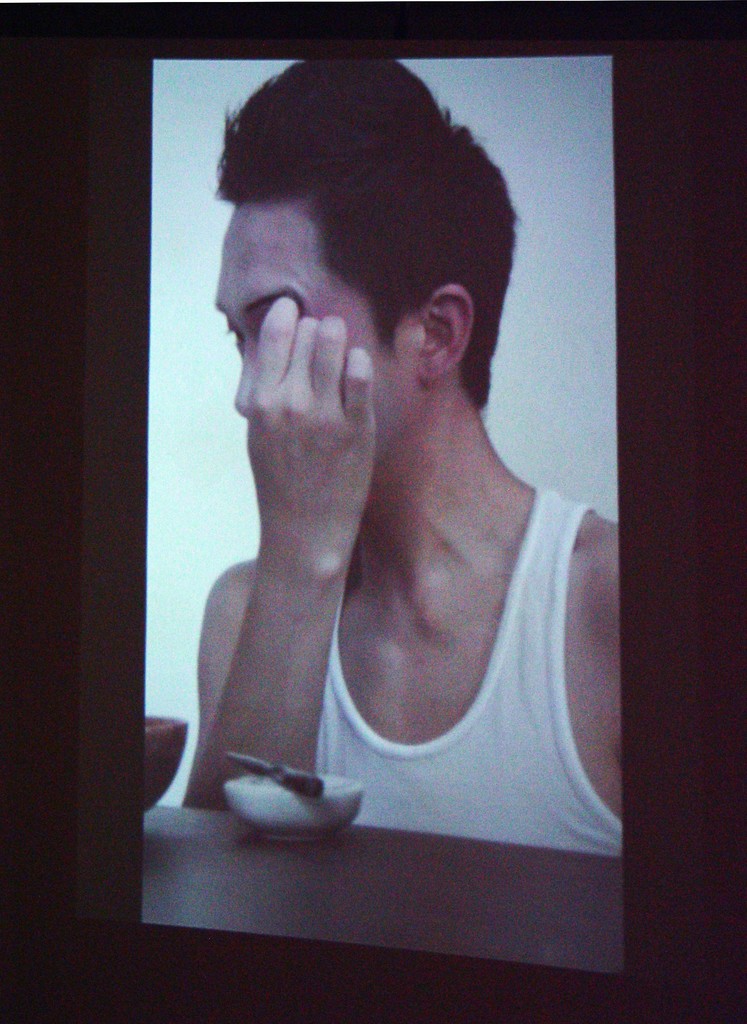 LA Artcore presents an exhibit of three artists with different approaches to what it means to be an artist, and what the art they make is for.

Mike Saijo found a way to make art that interfaces with his intellectual interests and an expression on the role of an artist in our society. Drawing from an intense interest in linguistics, theory, and literature, pages that nourished his mind become the actual surface onto which he applies his images; as an example, arranged selections from Kahlil Gibran’s The Prophet become a substrate for the image of a tree. The images are applied using xerographic methods that he describes as mathematical, and which he regards as Democratic. This is a reflection of his generation, which greeted the arrival of photocopy printing methods with enthusiasm, making self-publishing a major new voice in the arts. He uses this print method as a double-entendre reference to the access created by that technology, and the access to culture present in the printed word.

Mei Xian Qiu has created a photo series called “Let a Thousand Flowers Bloom”, referencing the famous Mao reform program, in which she imagines a Chinese Communist takeover of the United States. Using this scenario, she explores the misconceptions and bad translations the West uses to view China, the imagery of romance routinely found in propaganda, but with tongue in cheek references to the immorality such propaganda is frequently criticizing, such as homosexuality, religion, and Hollywood decadence. Born as an illegal migrant in Java, she was given four names in preparation for various possible outcomes of the Communist killings they fled. Her art is an expression of uncertainty, of life shaped by social fear, and the use of humor and art to transcend them.

Patrick Quinn is an assemblage artist who uses a range of media to create what he describes as rough, emotional work. He blends salvaged materials with found objects, photographs and other story-telling elements to create something new out of discarded and dispossessed components. Using stained glass methods, welding and screen printing to expand them, his goal is to create a story that draws the viewer to interpret the work. Steadily exhibiting in Los Angeles institutions and beyond since 2004, he is also well known for his Halloween and Dia De Los Muertos themed installations, which find themselves in festivals and as backdrops for performances, in addition to gallery settings.