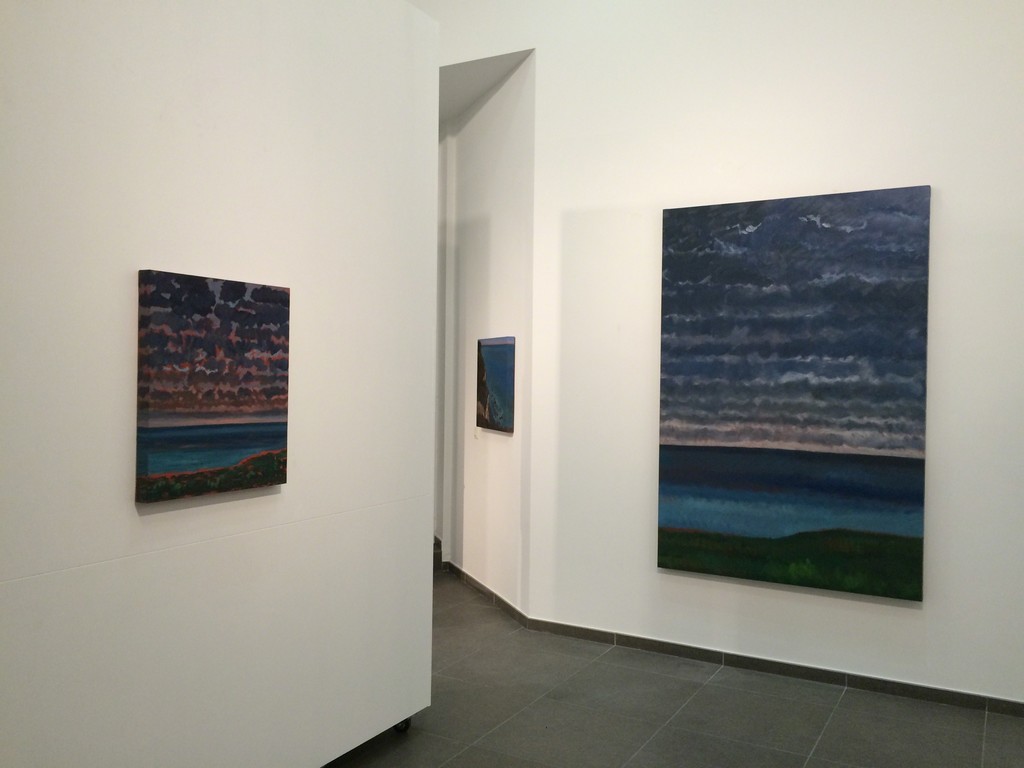 Vers la Mer I and II 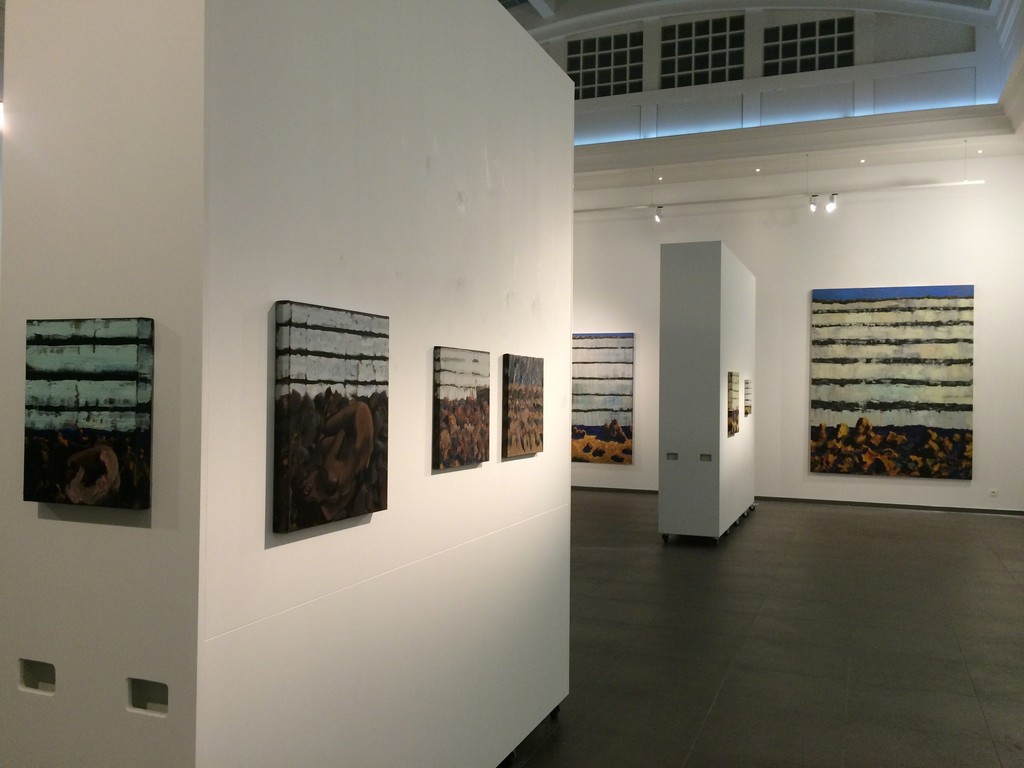 Part of the "Falaise" series 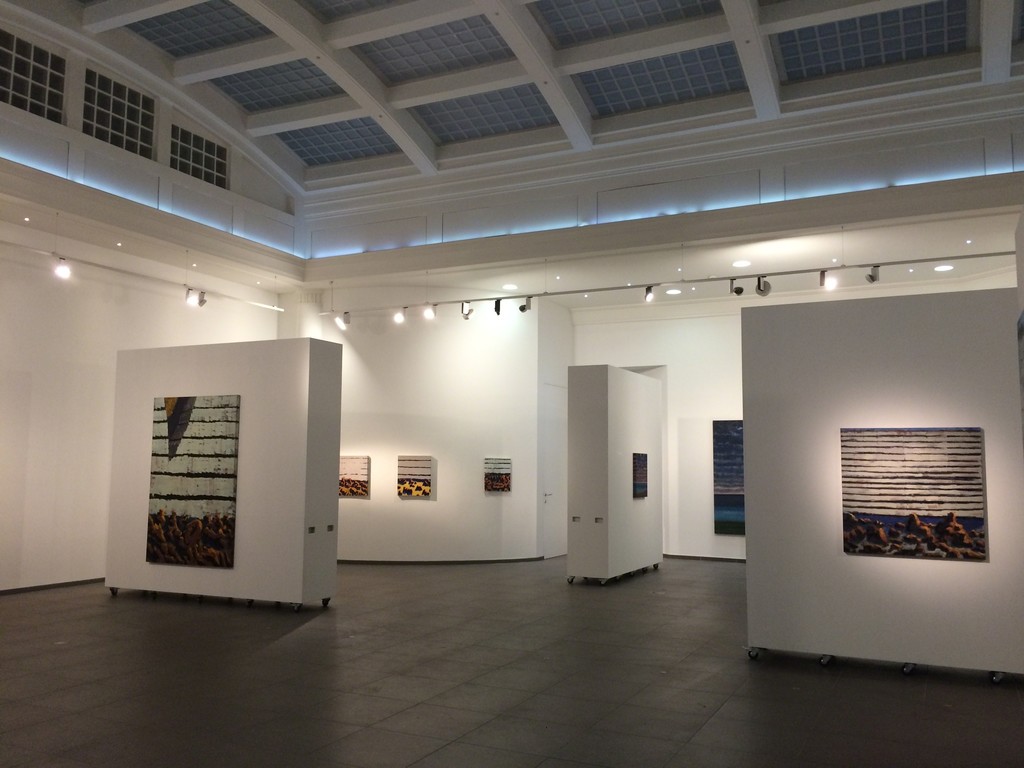 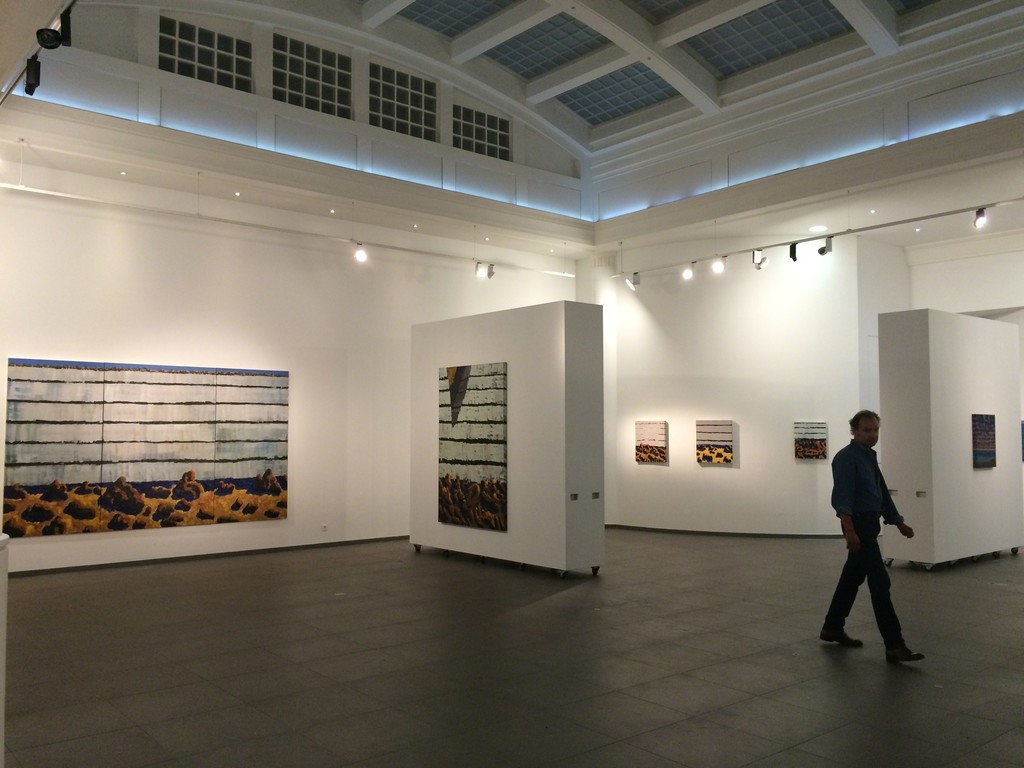 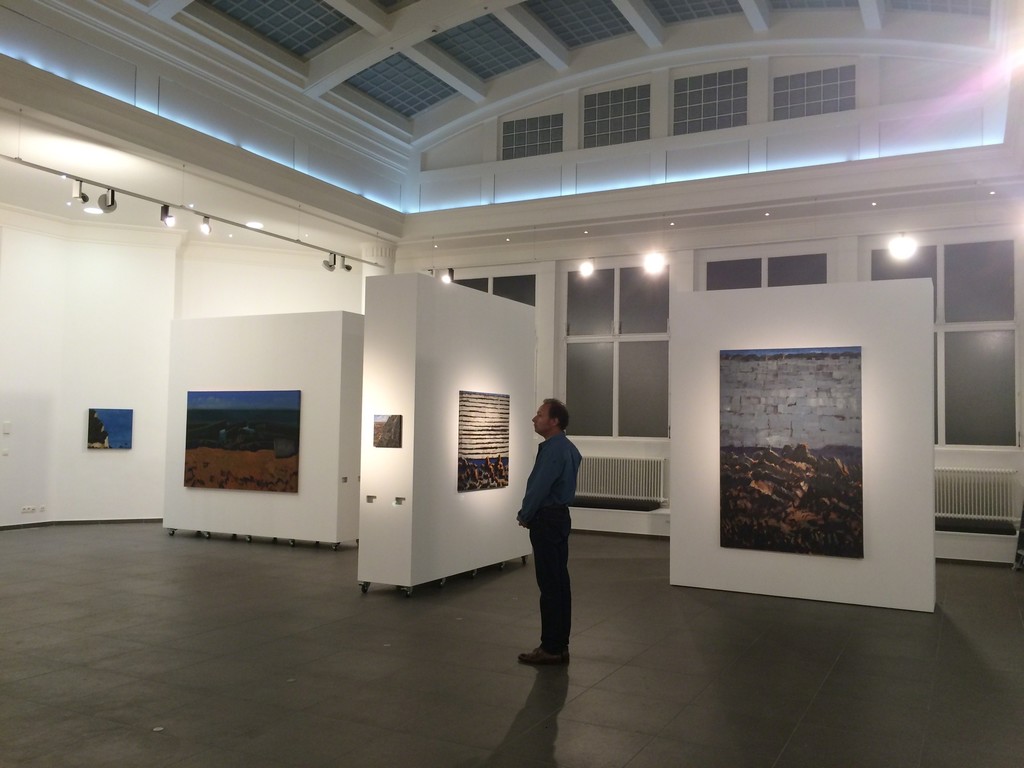 With two locations in both Paris and Brussels, turned towards the international contemporary art scene, Gallery La Forest Divonne has been pursuing its development for almost 30 years, servicing artists and collectors with passion and independence with a focus on extremely high quality, sincerity and emotion.

We are glad to introduce the most recent works of Guy de Malherbe in an ambitious show entitled “The Bottom of the Cliff”, running from September 7th to October 15th, 2016 in our new Brussels location, Rue de l’hotel des monnaies, 66.

The mineral universe is the jumping off point for Guy de Malherbe’s paintings. Everything starts with the physical experience of tortured landscapes: wandering along the Normandy coastline, a landscape continually modified by sea and wind, or along the screes of the Houlgate coast and more recently, around Dieppe with its great white cliffs of limestone. These provocative landscapes triggered the magnificent series of paintings we're our showing right now. These imposing cliffs dominate the entire new period, marked as always by his liberated and vibrant touch and the characteristic abundance of anthropomorphic rocks. Paintings which continue the previous exhibition held in our Paris gallery, as well as at Chartreuse de Villeneuve-Lèz-Avignon, Gallery Mathieu and Gallery Pome Turbil in Lyon and soon to be presented in different museums in France and in China.

It all begins with this process: setting up before the landscape and translating it into a painting. “Revisiting the methods of the traditional landscape painters,” Malherbe tells us, “in order to discover a conceptual angle as well. Crop it like a photograph in an attempt to translate a three-dimensional world into a two- dimensional object. What is provoked is the brushstroke, the line, the color, the material.” These quick paintings made on site are already interpretations, even if Guy de Malherbe, in this first act, seeks only to depict what he perceives of the mineral chaos of the coastline.

These small-format squares gain their own autonomy from the moment the painter takes them from the beach into the studio. They still carry the trace of his confrontation with the landscape.

These fragments of coastline form a curious mosaic on the wall of his studio. In his private laboratory, this intimate space about which Malherbe speaks to us with delight is where the second leg of his work will play out. Working from the small landscapes painted on site, Guy de Malherbe elaborates his work onto large canvases, often in extremely large formats that allow the brushstroke to flow freely into the rhythm of his pictorial style. As Alain Bonfand writes, “The motif seems to place itself at the service of the painter and not the opposite.” (Répliques, exposition catalog, 2010, Published by Galerie Vieille du Temple, p. 34)

The cliff at Dieppe has become a wall of paint, a screen, a rhythmic curtain of horizontal black lines covered by a white material which gleams like glass or marble. It is a clearly painted material, a coat of colored oil paint, unctuous and rugged to display the durable stones or the impalpability of the sky. In the lower portion of the canvas, Guy de Malherbe paints the chaos of the anthropomorphic rocks with an impulsive and stylistic flourish. The contrast between the wall of geometric lines, this wall of seemingly constructed rocks, and the tormented screes that seem alive is a violent one. Recalling the words of Pierre Wat from the Malherbe exposition at La Chartreuse de Villeneuve-lez-Avignon, “Guy de Malherbe has found his metaphor [...] a metaphor that focuses the principle of his creative work in a productive opposition, and most of all, one that states the union between the spiritual and the material.” (Chaos, exposition catalog, 2012, Published by Galerie Vieille du Temple, p. 44)

The articulation of these two elements- cliff and chaos- on the same canvas is so startling that their presence together becomes the great singularity of this exposition.
Recently, Guy de Malherbe has stopped to turn his back on the sea and is now focusing on the horizon line. But before meeting with the sky, the vision is stopped by the chaos of the stones. A chaos of substance and matter saying all the disarray of the world, yet also talks about the creative strength rising from the white cliff, the pure line of the shore.