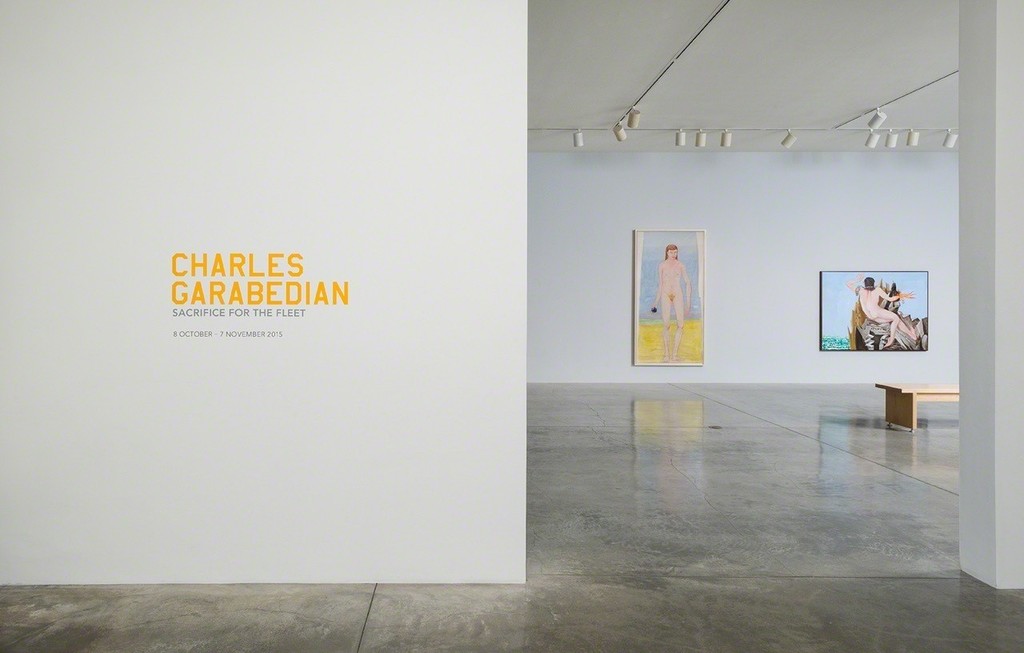 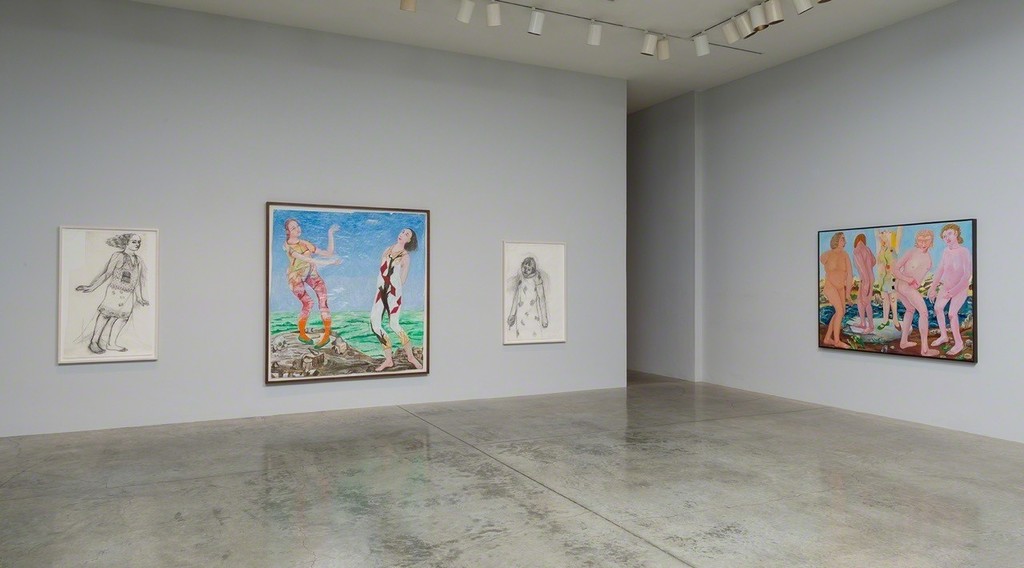 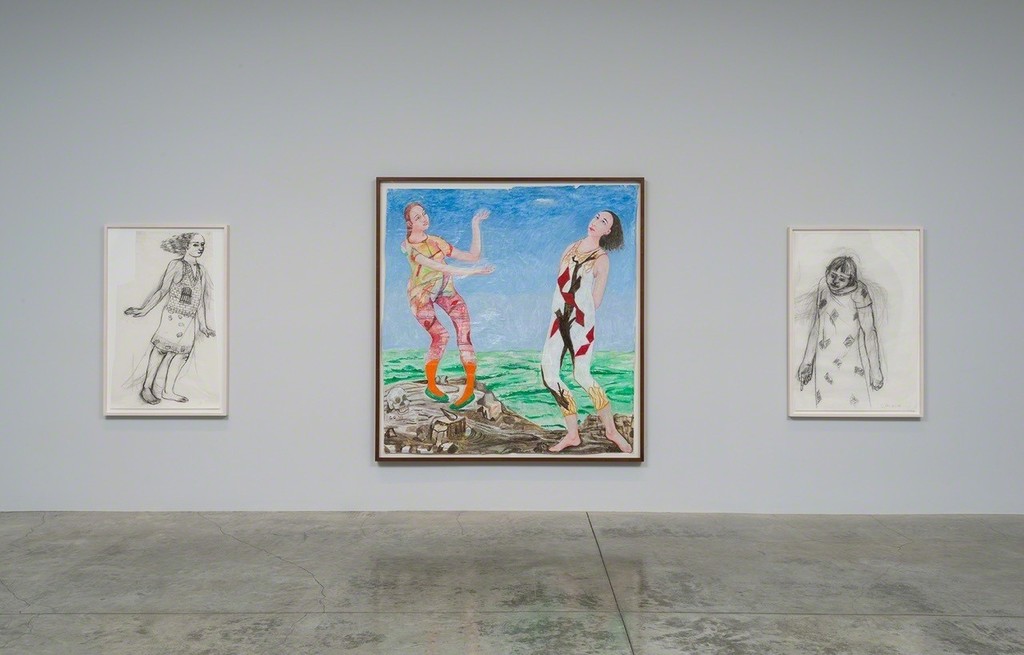 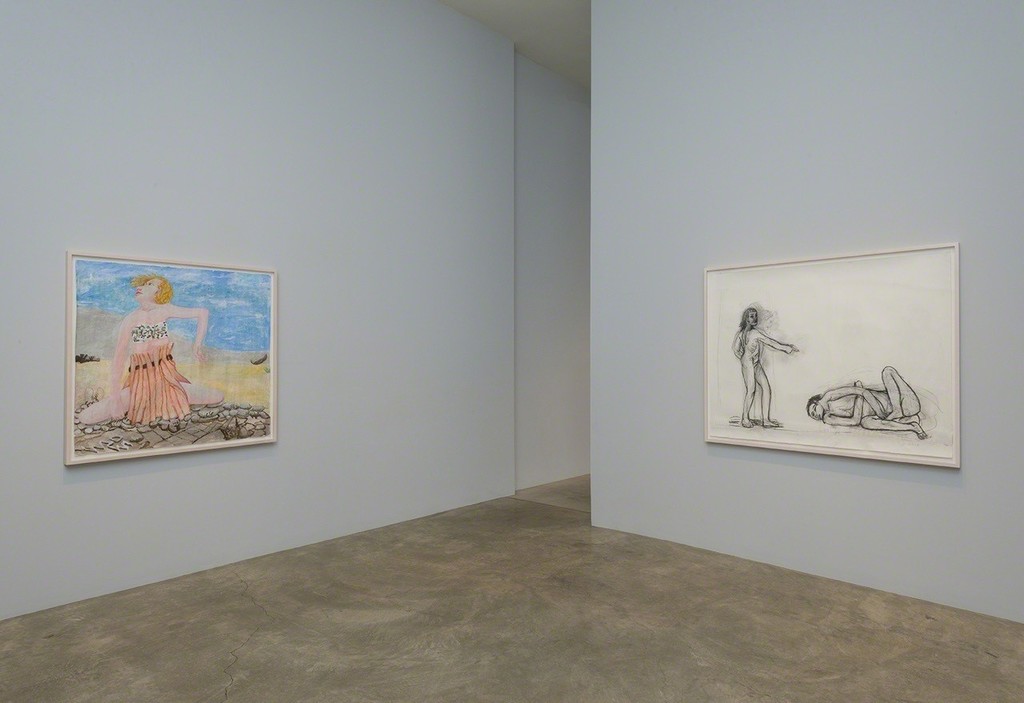 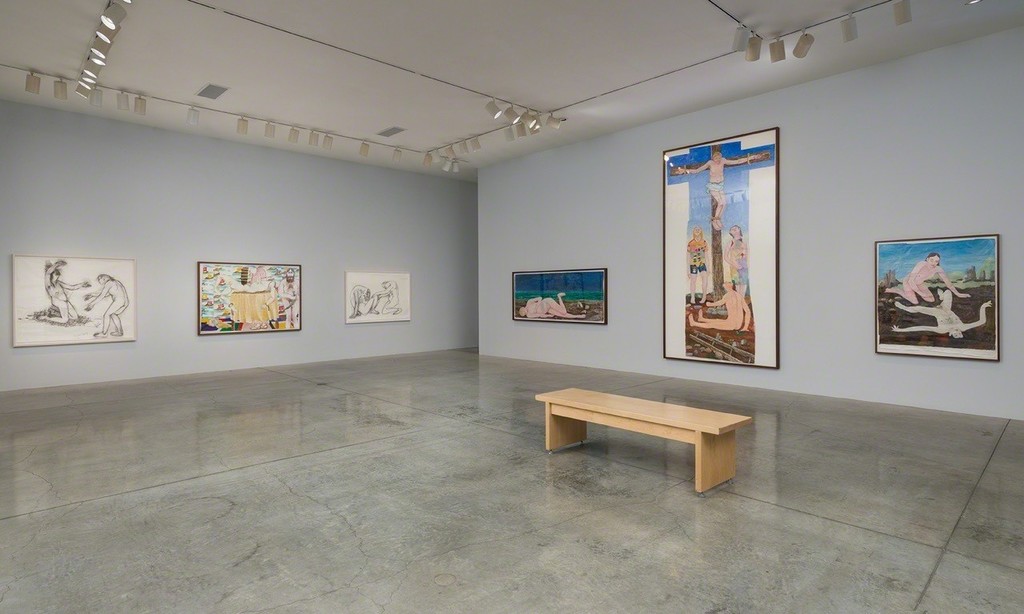 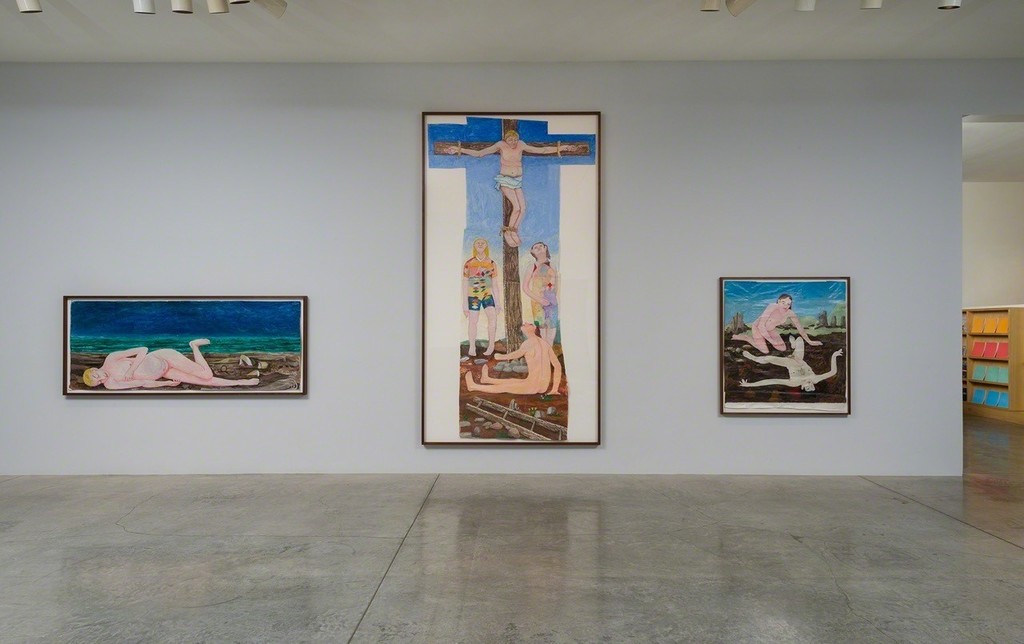 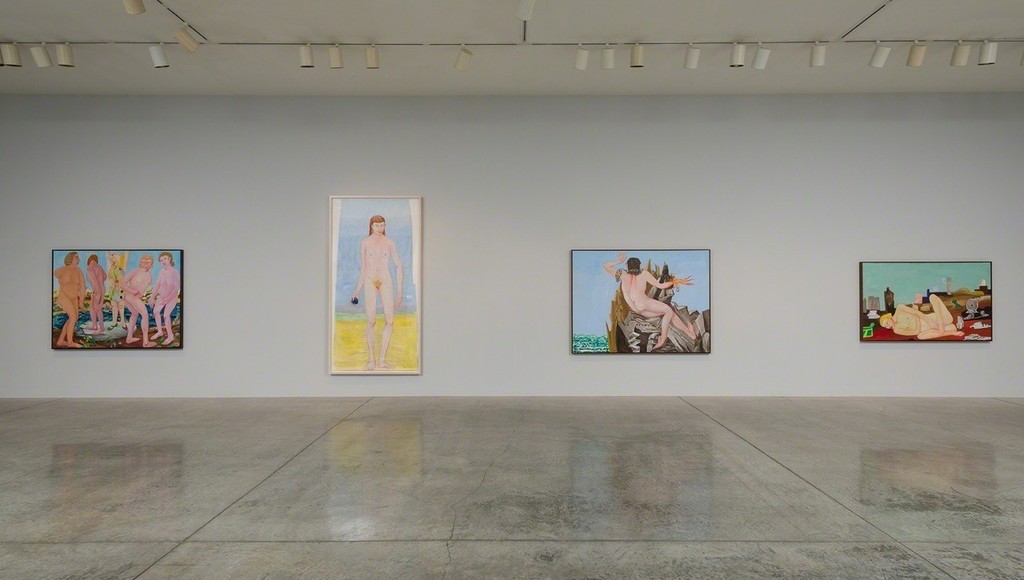 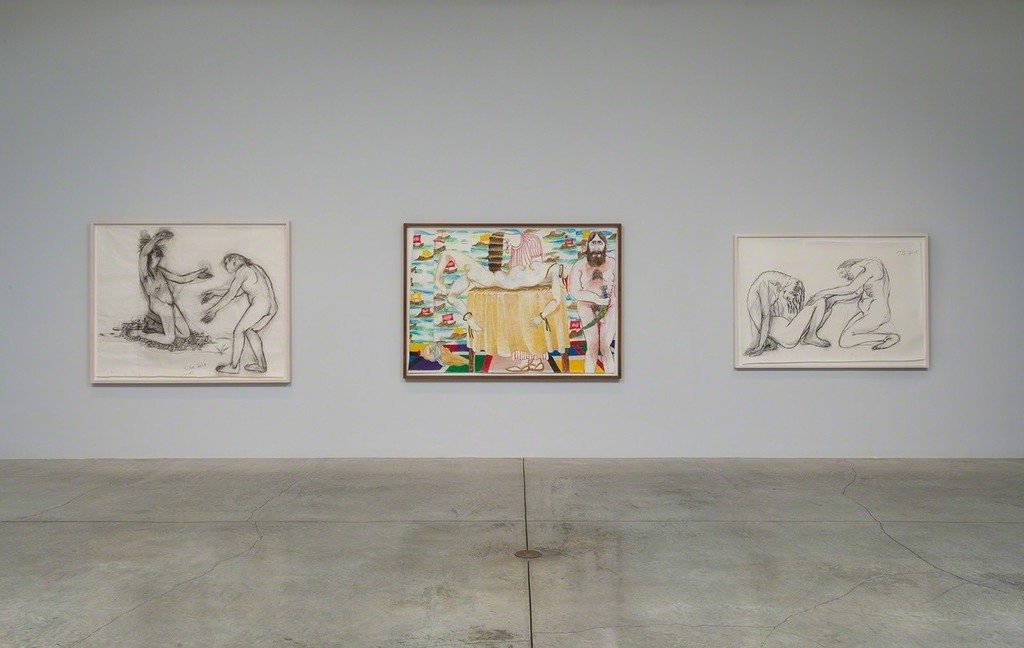 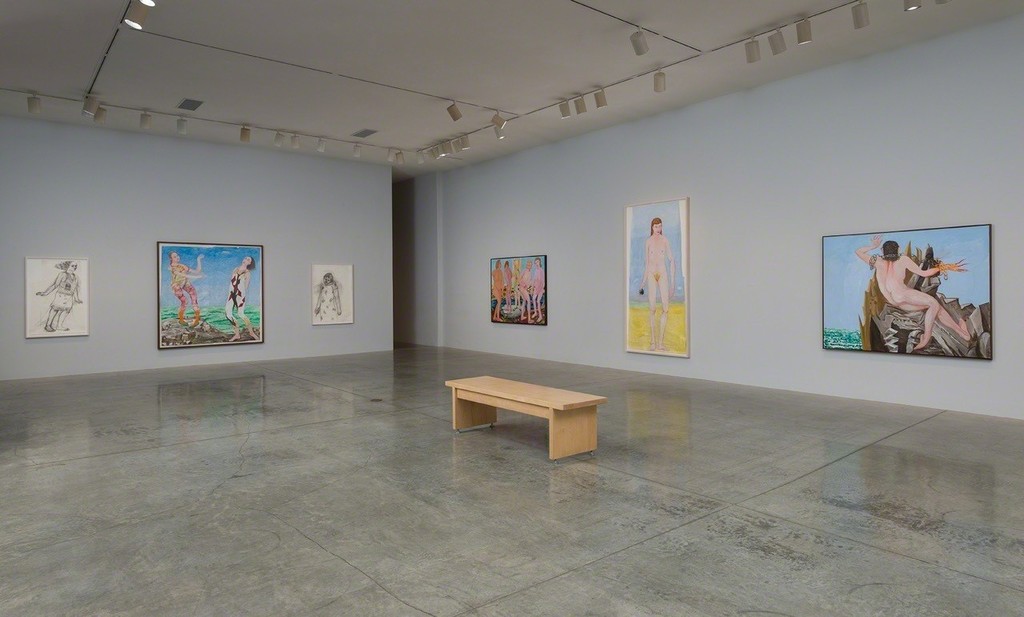 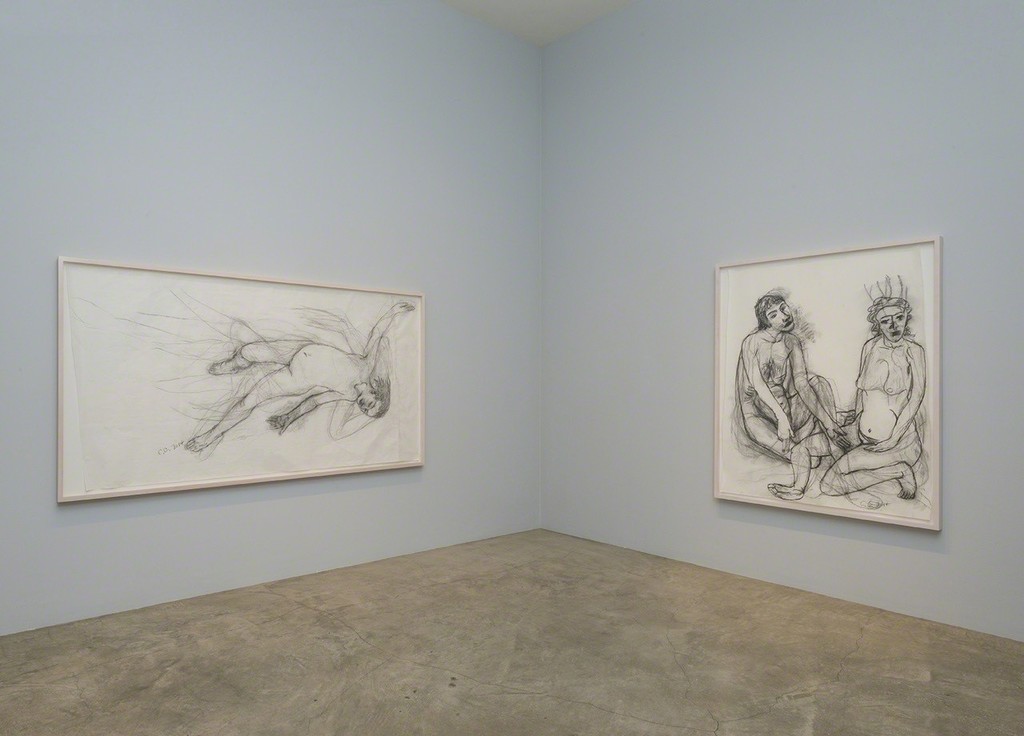 Venice, CA -- L.A. Louver is pleased to present an exhibition of new works by 91-year-old Los Angeles-based artist
Charles Garabedian. Titled Sacrifice for the Fleet, the show features 18 large-scale paintings and drawings produced over the past two years.
Garabedian turns to his favorite Greek plays and texts to conjure the imagery in this body of work. Inspired by Armenian manuscripts, Biblical stories, as well as litery characters by Homer, Sophocles and Eurpides, with an unabashed use of color and iconoclast approach to figuration, Garabedian transfigures their legacy “through the bizarre mirror that Los Angeles holds up to the ancient world,” (Ed Schad)
In Sacrifice for the Fleet (2014), Garabedian portrays King Agamemnon at the onset of the Trojan War. Agamemnon sacrifices his daughter Iphigenia to the gods for the promise of favorable winds as ships launch into battle. His wife Clytemnestra averts her eyes from the horror, shielded by her lustrous draping hair. Wallpaper illustrating multi-colored ships provides the backdrop. The awkwardness of the figures, playful patterns and colorful hues transform the atrocity into a theatrical act.
In a similar fashion, The Good Thief (2015) features a crucifixion in which onlookers, dressed in festive attire, gaze upon the crucified character with curiosity, rather than distress. The man on the cross does not suffer from nails driven through his feet and hands, but rather depicted with arms and feet loosely tied with ropes that hold little tension. Measuring 130 x 67 ½ in. (330.2 x 171.5 cm), this is the largest work in the exhibition.
Most of the works are on paper, a material the artist embraces for its flexibility and fluidity. Garabedian often starts his works by drawing and painting on a large piece of paper. As his concepts outgrow the page, more sheets are added until the desired composition is achieved. According to Garabedian, “I find the paper more liberating, it’s not as formal a concept. I like to think of it as more of a physical experience. As soon as you put paint on canvas, it’s as if it has gone into another world.”
In counterpoint to the paintings, the exhibition offers the rare opportunity to view Garabedian’s charcoal drawings that trace the development of his ideas and concept. His markings are elegant, strong and self-assured. Erased and re-drawn in visible layers, the lines appear to be in a constant state of flux, as if willing themselves to form.