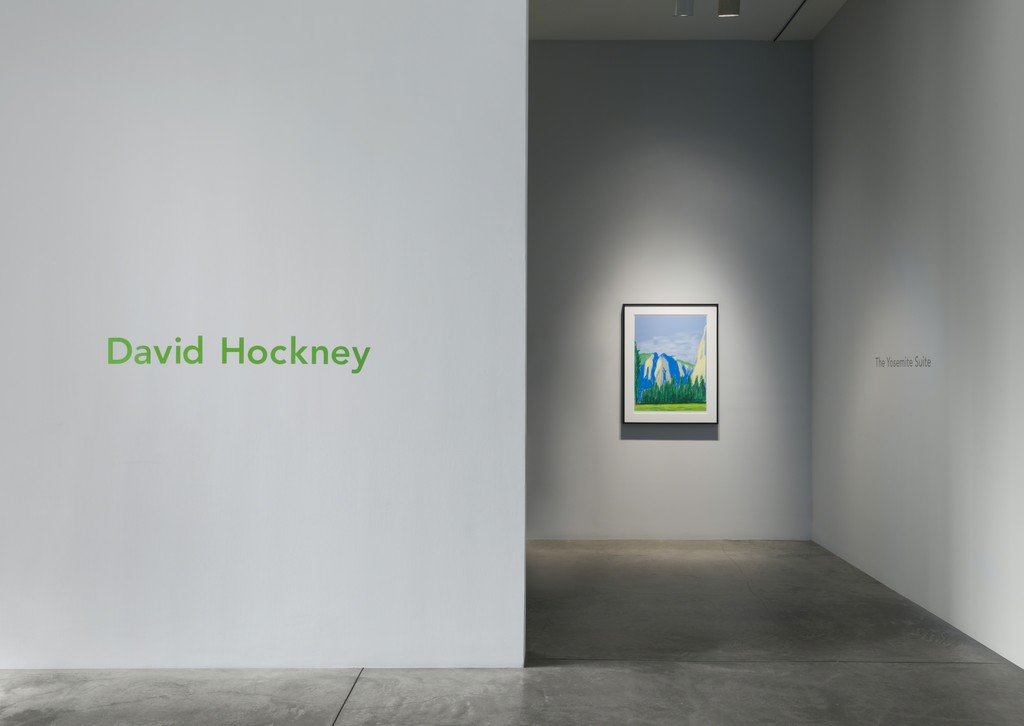 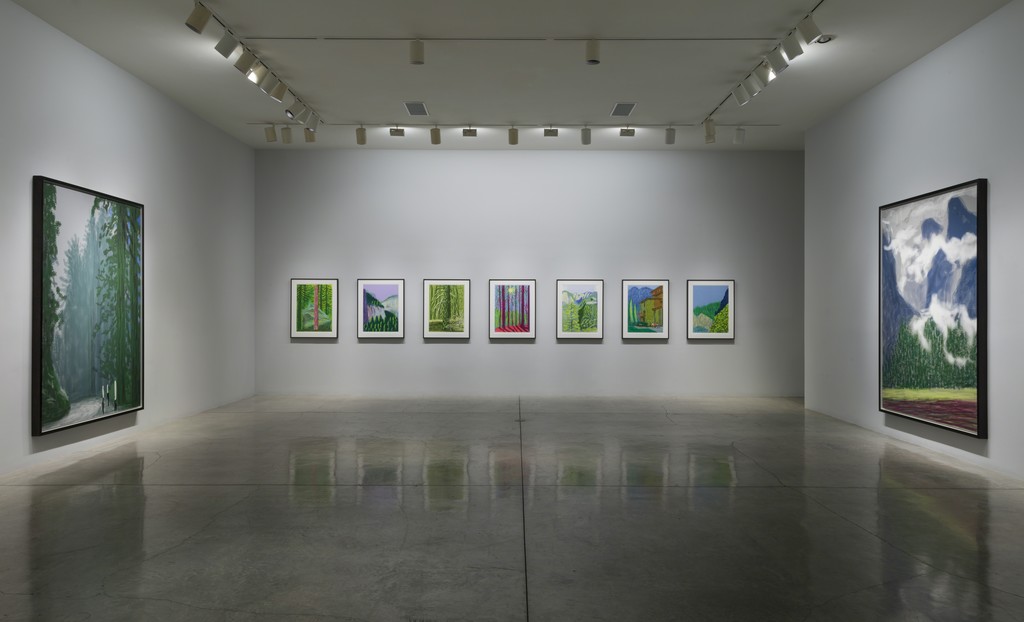 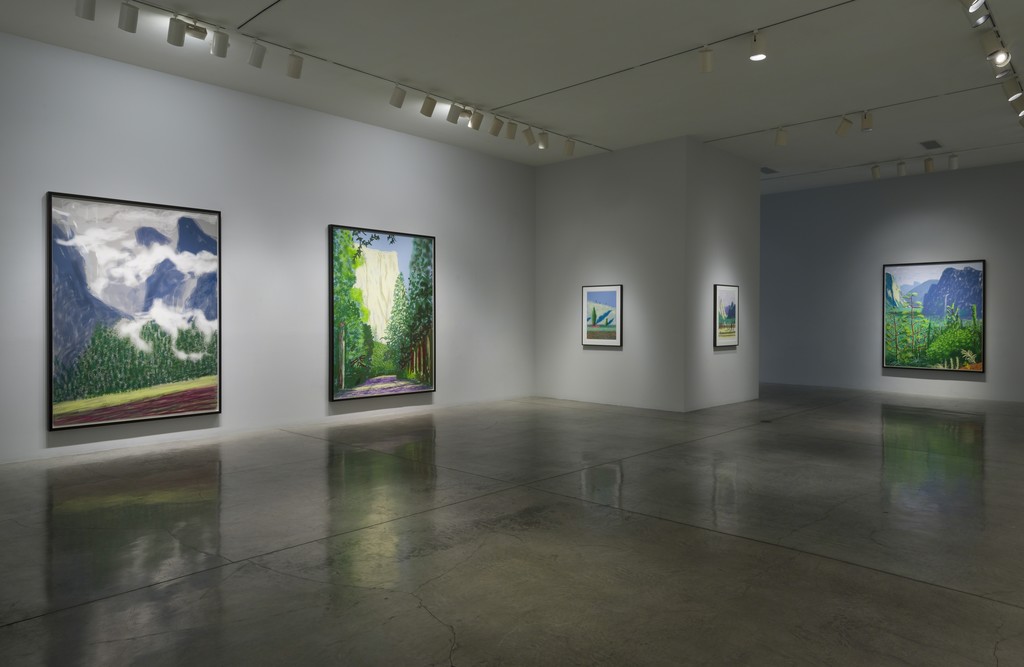 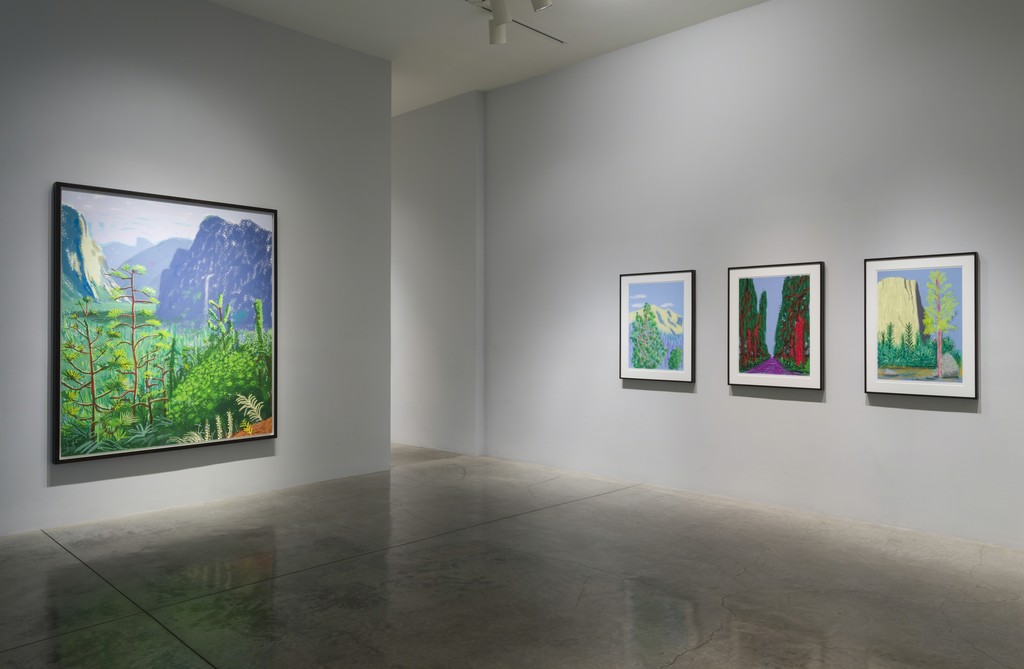 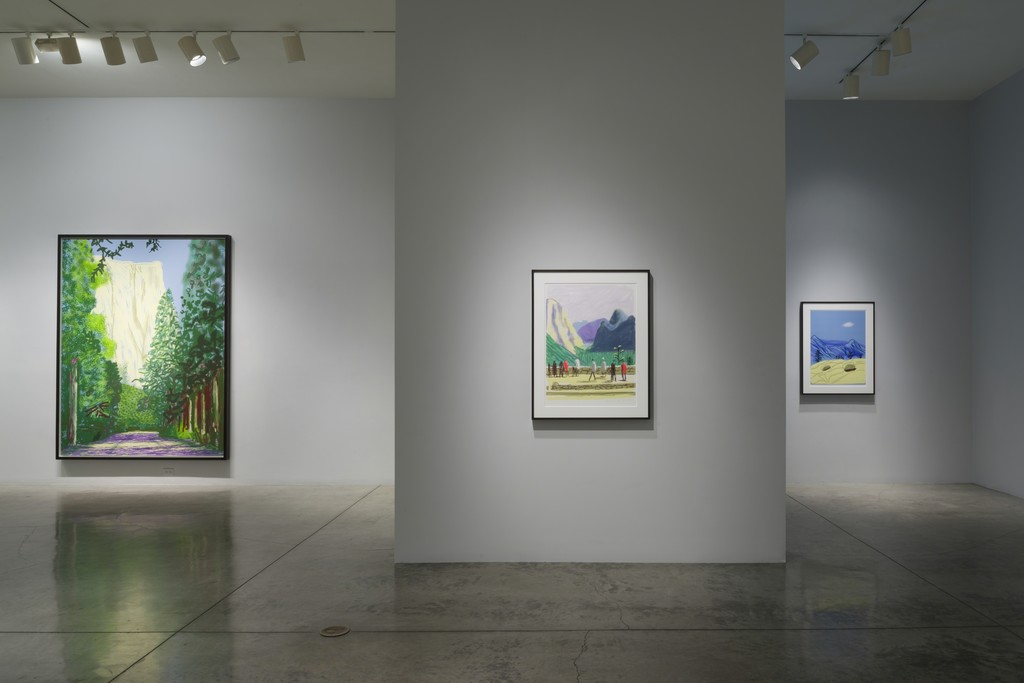 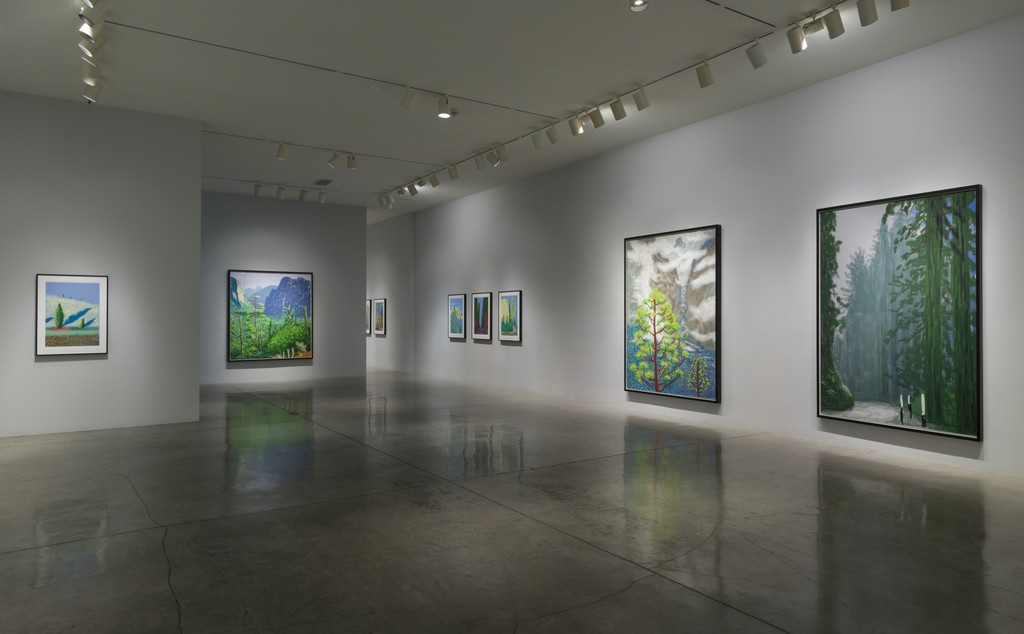 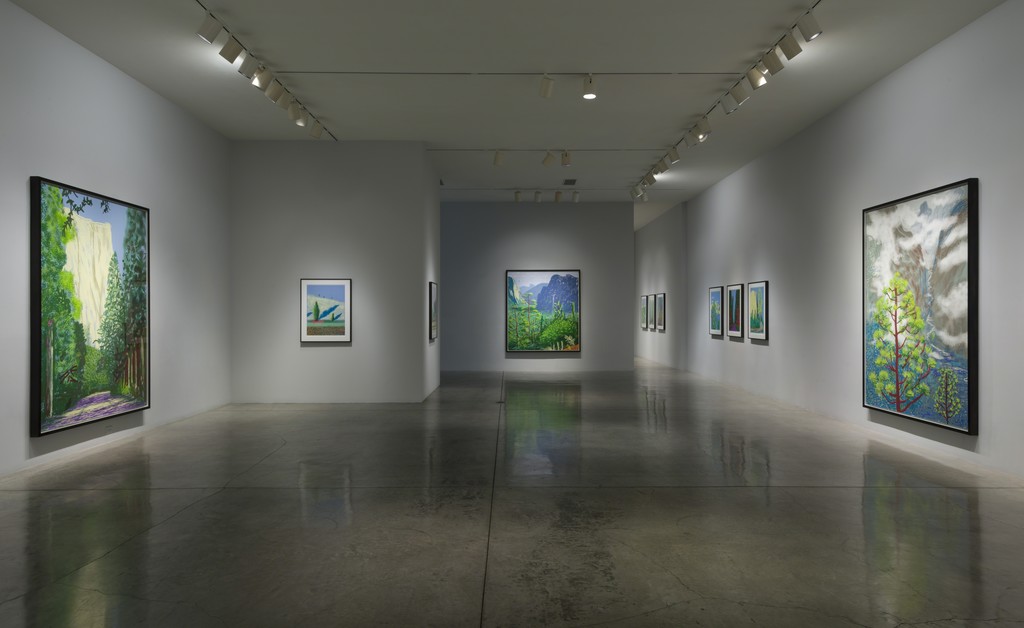 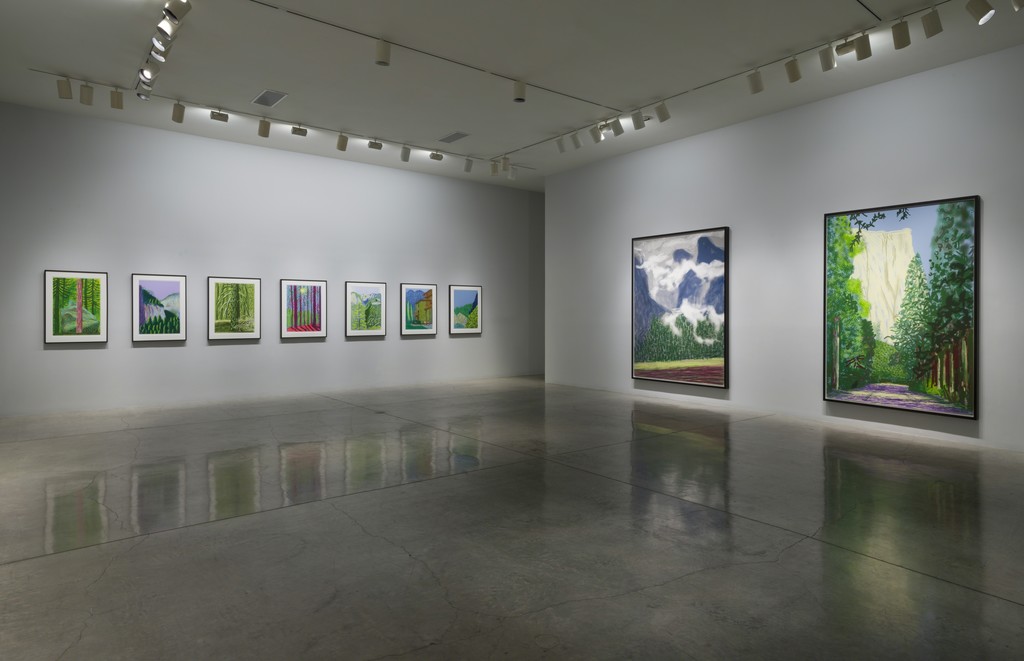 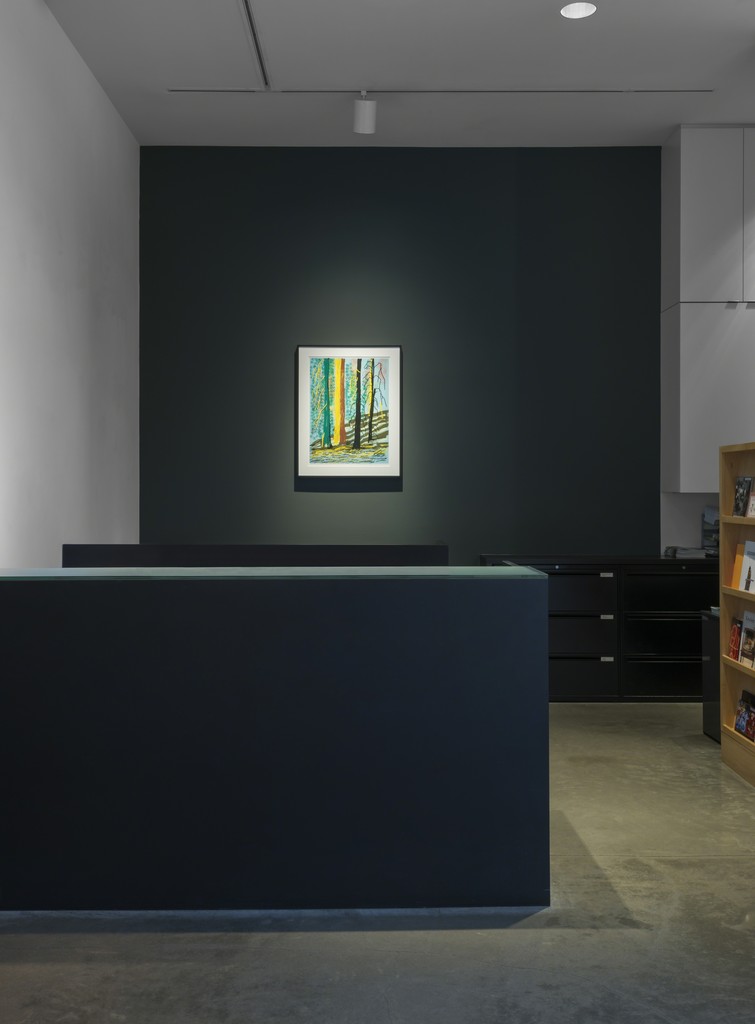 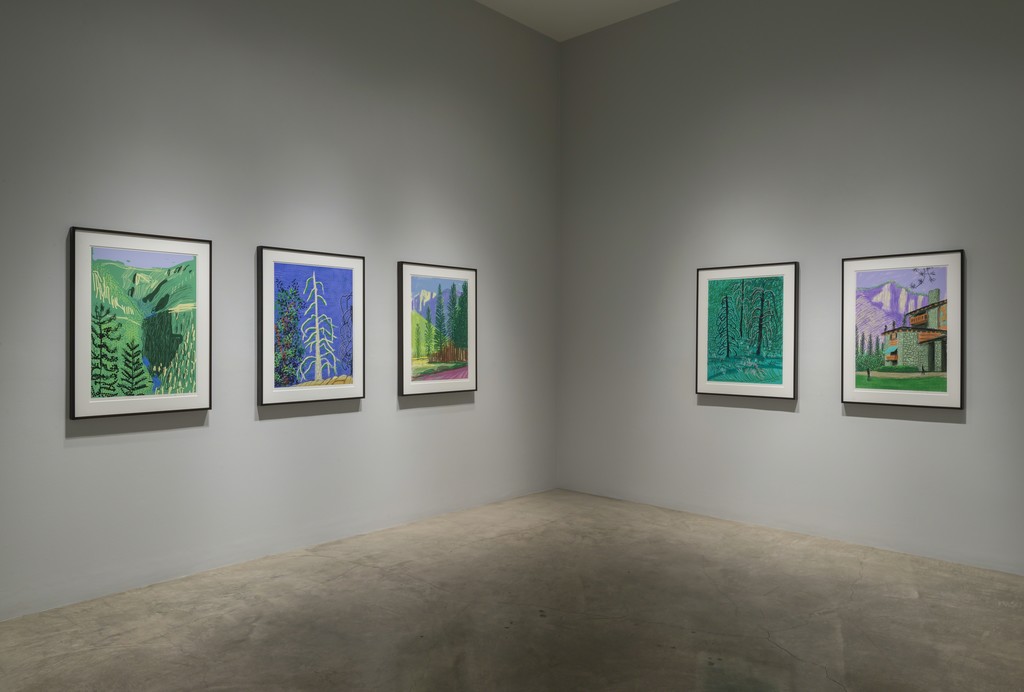 During visits to California’s Yosemite Valley in 2010 and 2011, David Hockney sought to capture its resplendent landscape. Working in situ, the artist rendered the scenery using a drawing application on his iPad. With the touch screen as his blank canvas, Hockney layered stroke upon stroke of color to convey the texture, light and presence of the natural world before him; embracing the immediacy of his applied gestures to work swiftly and in the moment. Whether portraying the quiet isolation of nature, or the bustle of human visitors within the park, the varying complexities of each drawing provide insight into the artist’s vision. Some are tightly composed, evoking the density and richness of forest foliage. In others, vistas take shape from an economical use of bold, confident gestures. Evident throughout is the artist’s command of color, which instills a vitality and exuberance that transcends the physical realities of the landscape.

Images from this series were first shown in the artist’s 2012 – 2013 traveling museum exhibition A Bigger Picture, which originated at the Royal Academy, London, UK, and went on to The Guggenheim Museum Bilbao, Spain and the Museum Ludwig, Cologne, Germany. They were also included in the 2013 – 2014 solo show A Bigger Exhibition at the de Young Museum, San Francisco – less than 200 miles from Yosemite National Park.