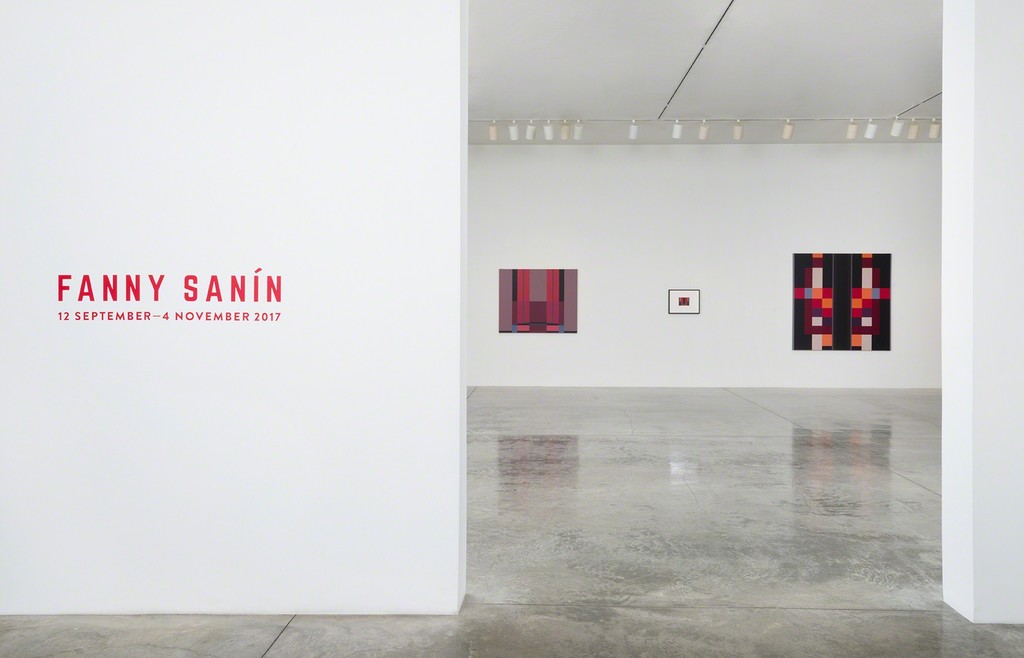 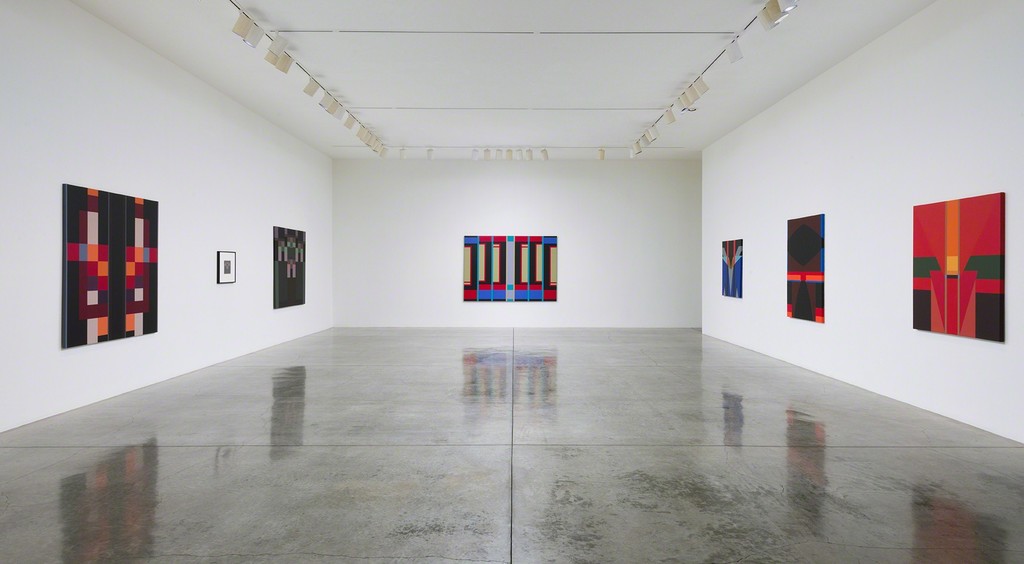 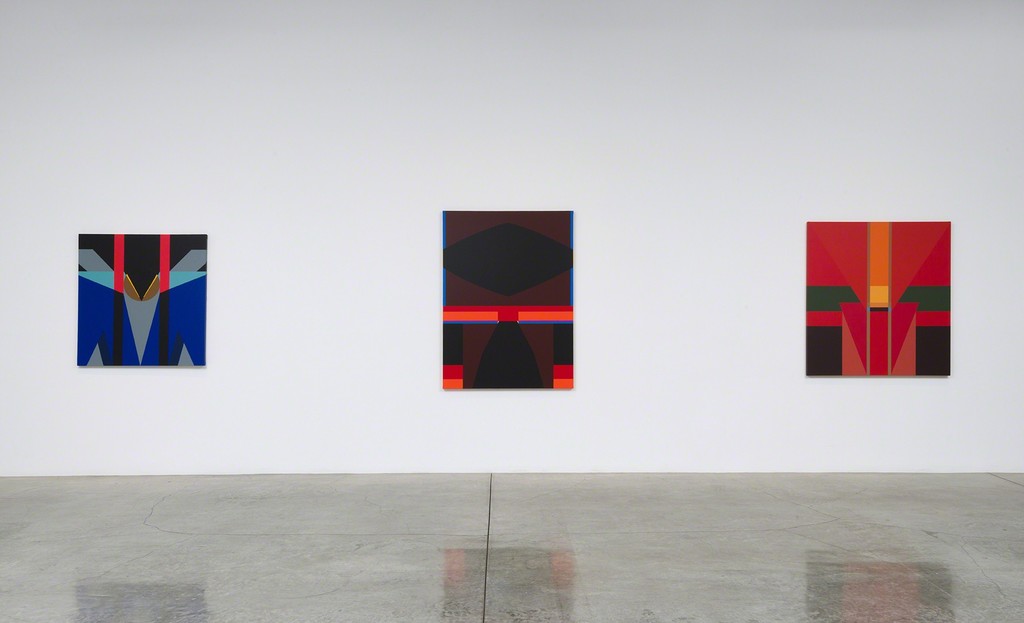 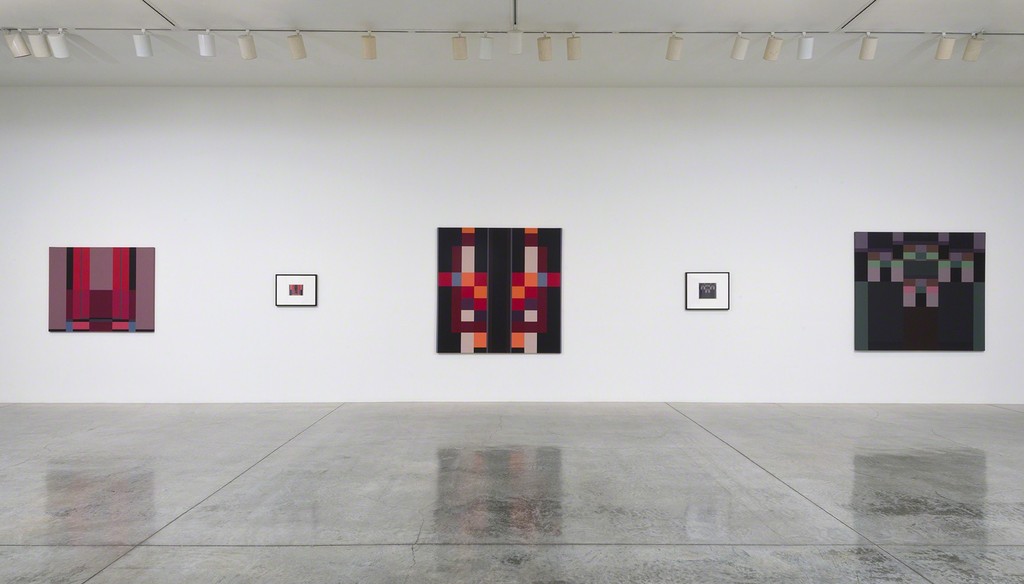 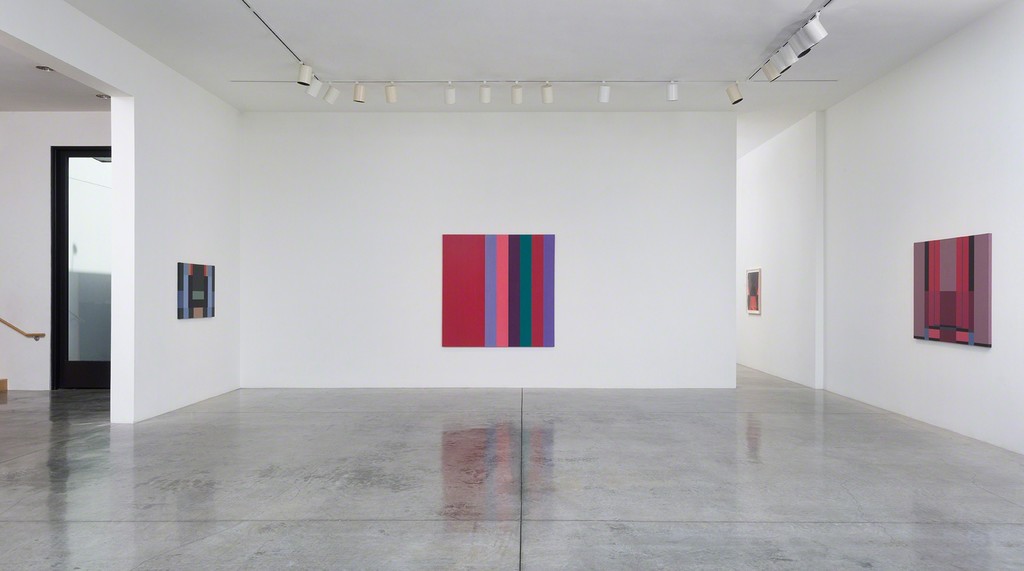 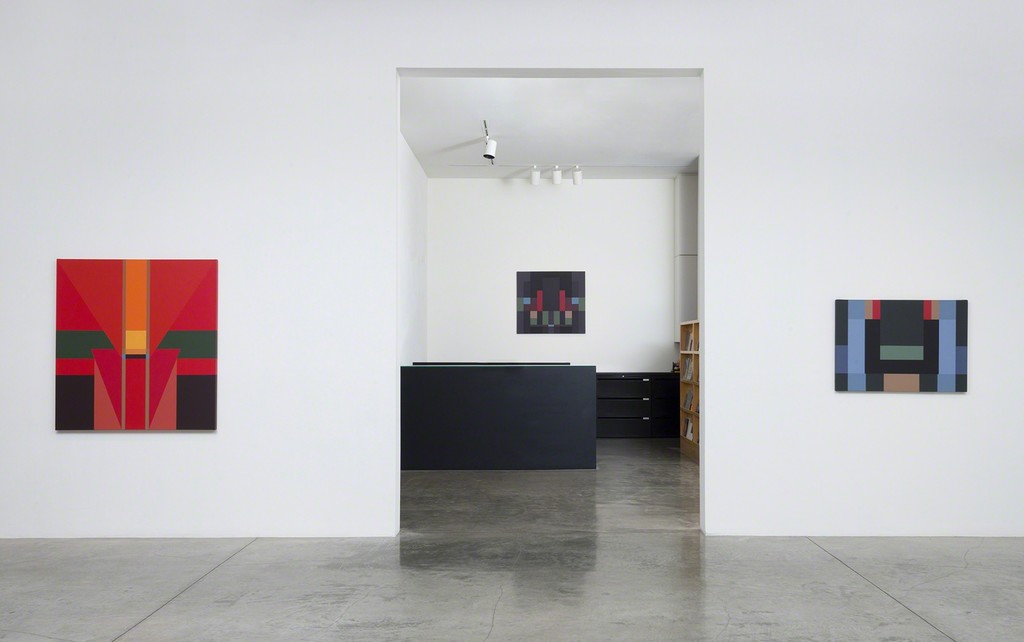 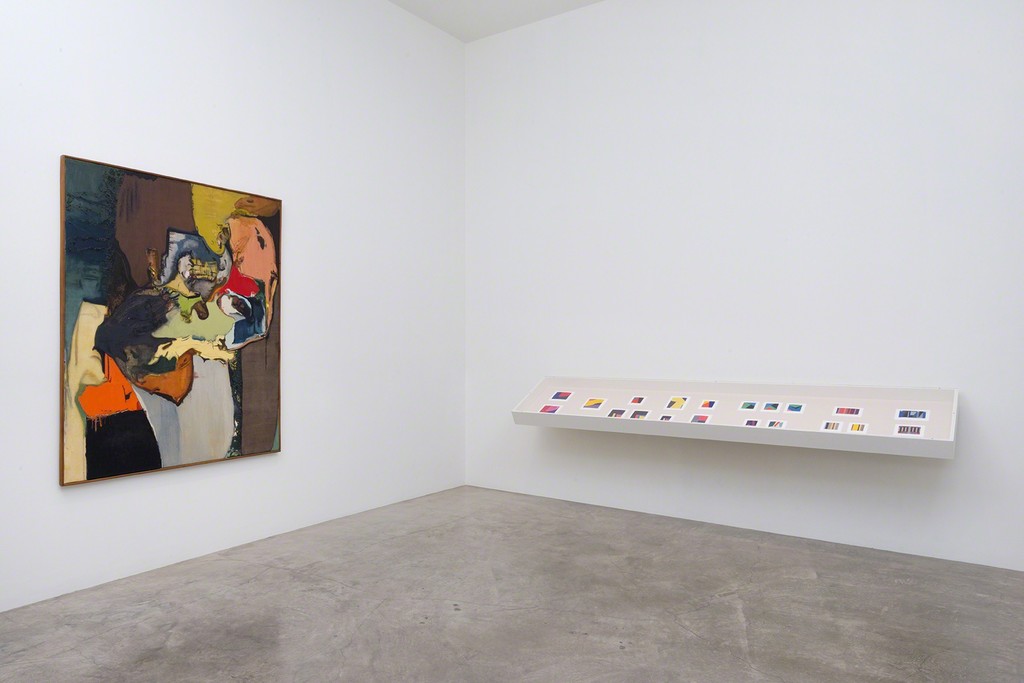 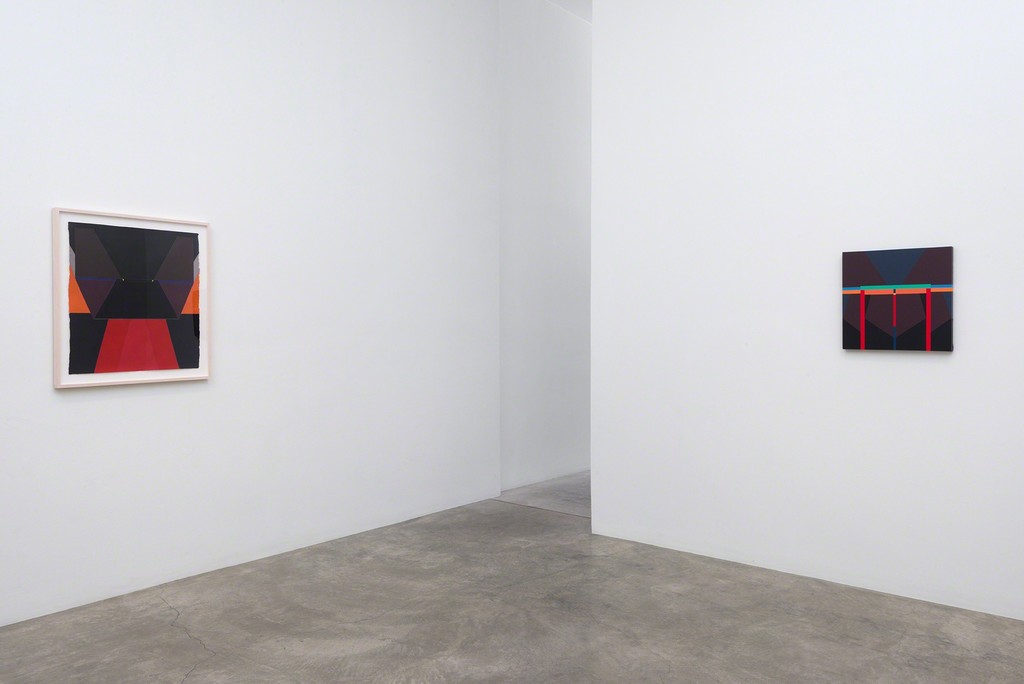 L.A. Louver is pleased to present a solo exhibition of abstract paintings and drawings by Colombianborn artist Fanny Sanín. Featuring works from 1967 - 2017, the exhibition follows the course of Sanín’s 50-year career -- from an early abstract expressionist painting to later hard-edge geometric paintings and works on paper. Presented in conjunction with the Getty’s initiative Pacific Standard Time: LA/LA, this is the artist’s first solo exhibition in Los Angeles.

The exhibition begins with Oil No. 4, 1967, an early work that reflects Fanny Sanín’s initial forays into abstract expressionism. During the late 1960s, Sanín adopted a more geometric approach, which she continues to pursue and refine. The path of this exploration can be seen from an early minimal work Acrylic No. 9, 1970, where we begin to understand her distillation of forms, to Acrylic No. 2, 1974, one of her first symmetrical paintings.

From the mid-1970s onward, symmetry becomes the framework from which her compositions take shape. Structured around a vertical axis, Sanín arranges rectilinear forms into complex configurations that do not adhere to any formula, but instead propagate in refreshing and unexpected ways with harmony and balance. Color plays an essential role in creating dynamism and interest. The hues are solid and flat, and glow in the absence of brushstrokes. At times, the color shifts are clear and pronounced, while others are subtle and almost imperceptible.

Sanín arrives at each painting after numerous preliminary studies on paper, where she actively works out spatial and color arrangements. These studies, often small in scale, provide insight into her thoughtful and meticulous process, as well as the dedication she shows in achieving perfection and exactitude. We are thrilled to include studies that directly relate to paintings on view, as well as an early selection of watercolor and acrylic works on paper made during the artist’s formative period, mid-1960s to early 1970s.

Born and raised in Bogotá, Colombia, Fanny Sanín earned a degree in fine arts at the University of the Andes, Bogotá and later pursued graduate study in printmaking and art history at the University of Illinois at Urbana. Between 1966 and 1971 she divided her time between Monterrey, Mexico and London, where she studied printmaking at the Chelsea School of Art and Central School of Art. In 1971 she moved to New York, where she continues to live and work.