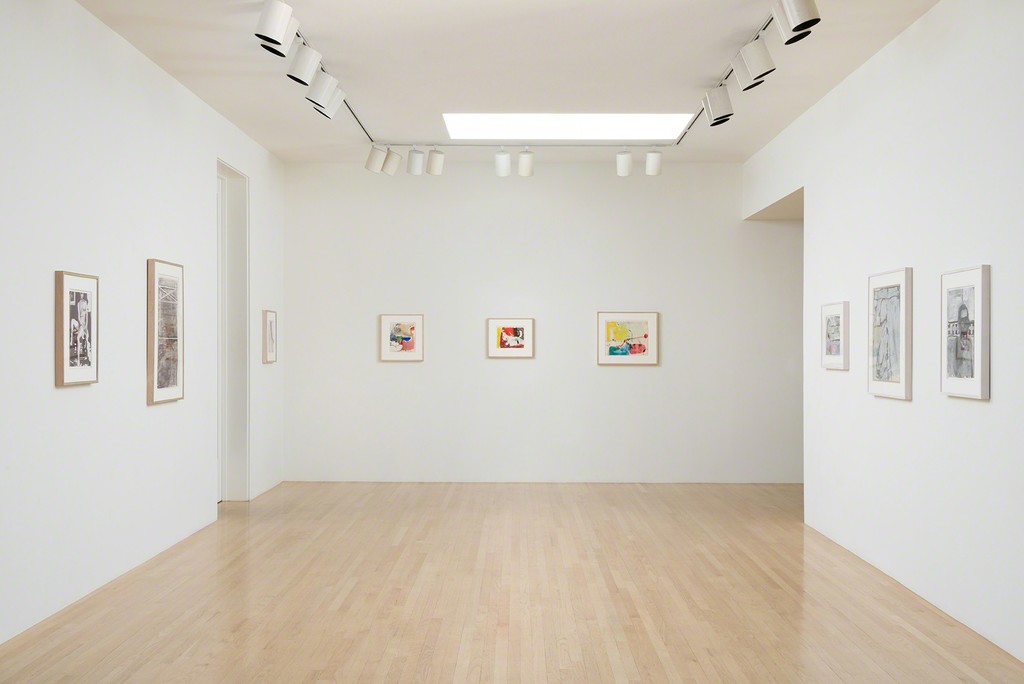 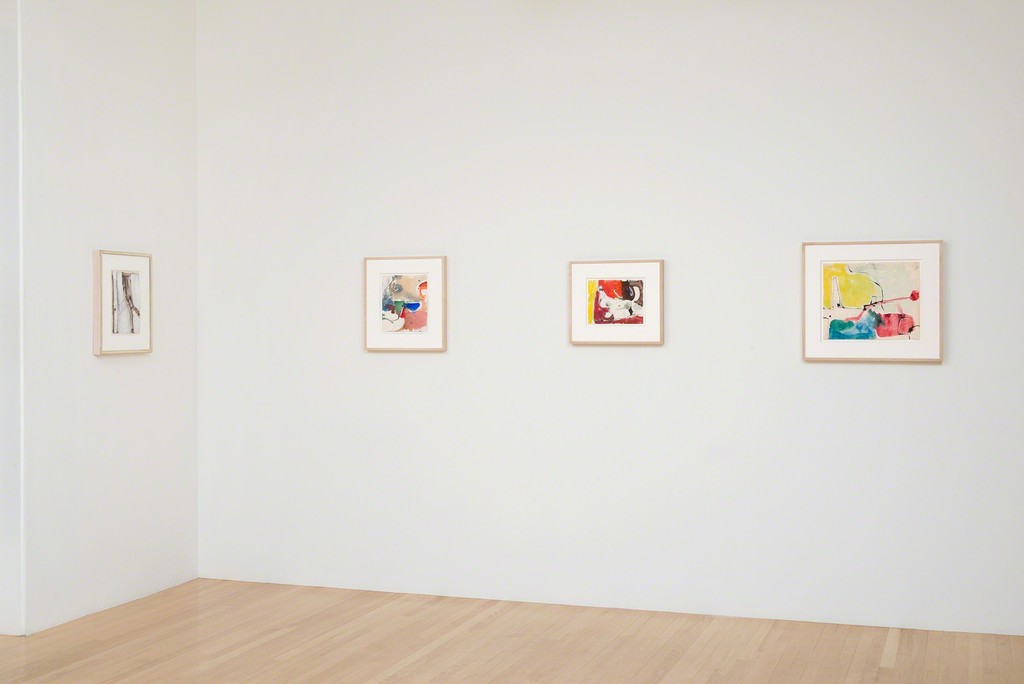 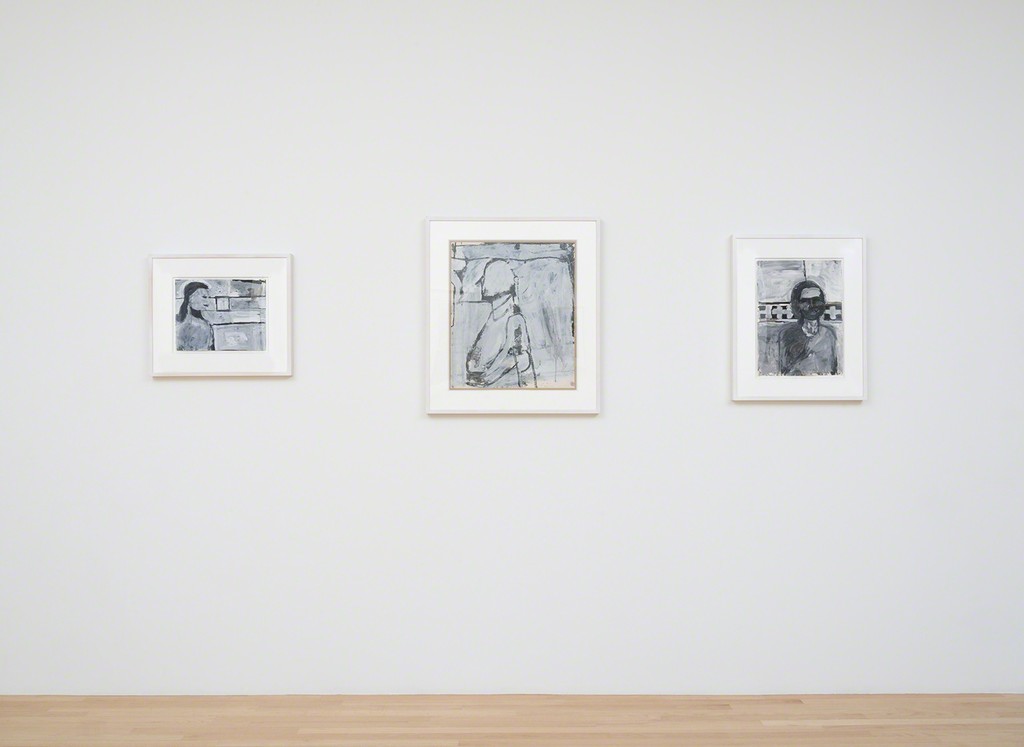 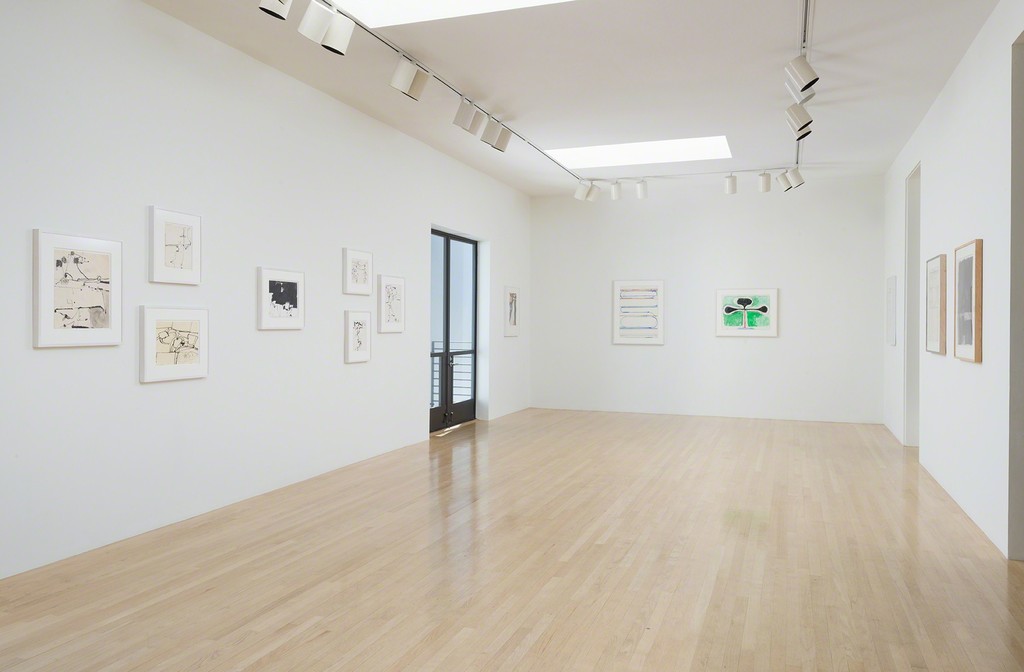 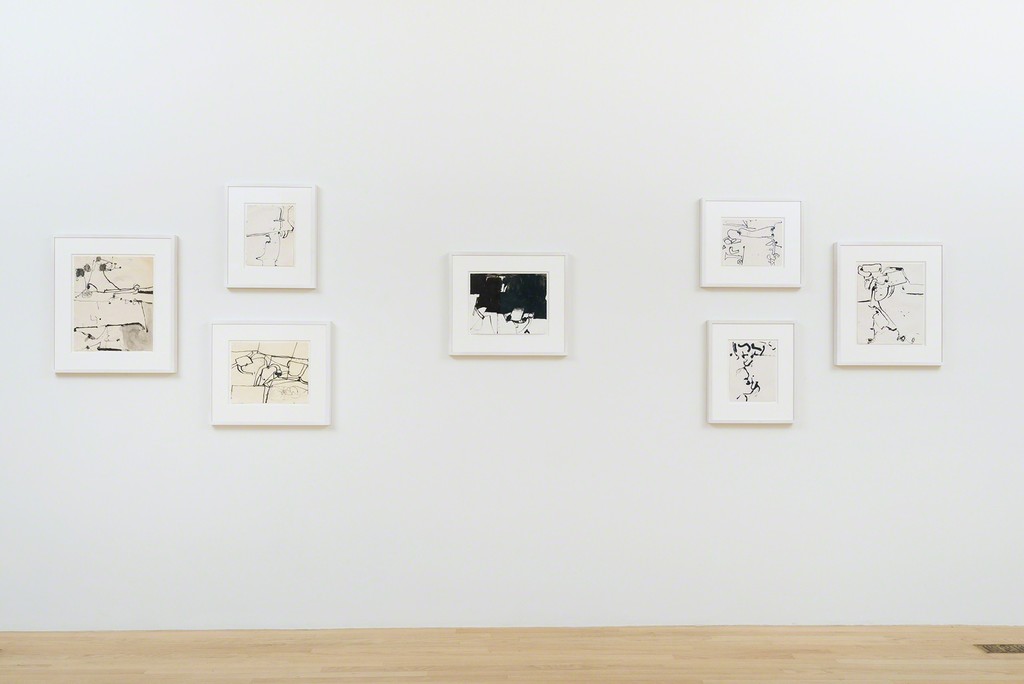 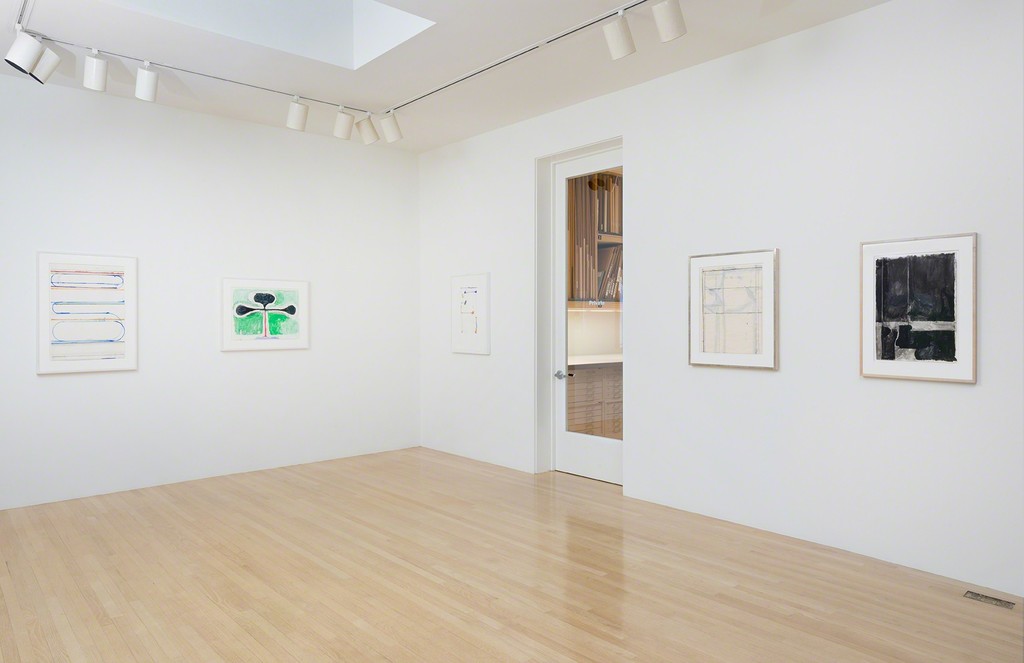 “Abstract means literally to draw from or separate. In this sense every artist is abstract for he must create his own work from his visual impressions. A realistic or non-objective approach makes no difference. The result is what counts.” – Richard Diebenkorn

Over the course of his career, Diebenkorn maintained parallel practices of painting and drawing. While each activity held separate domains in the studio, the two modes of making were in constant dialogue – the artist would ponder a wall of pinned-up drawings just steps away from his painting easel. Whereas painting often required a sustained and methodical approach, working on paper allowed for immediacy and experimentation. Diebenkorn described drawing as “a sort of elaborate note-taking…a means to being transported and brought into real contact with things of importance to me.” Observing the works on paper in isolation from his paintings, we gain an intimate glimpse into the formal and informal aspects that lie at the core of his oeuvre.

In the selected works on view, we not only see the profundity of Diebenkorn’s varied approaches, but also his seamless transitions between abstract and figurative motifs. His different places of residence also informed his work. While looking to the landscape, Diebenkorn never employed literal translations, but instead took cues from each locale in the development of his own visual language. Paintings on paper the artist made in Sausalito, California around 1949 reflect fluid structures over which brilliant washes of color interplay or overlap. It was during this time that Diebenkorn began to grasp his early abstract vocabulary. Ink drawings the artist created later in Albuquerque, New Mexico in the early 1950s make use of strong, assertive black lines on sand colored paper. They are resolute and direct, seething with rhythmic syncopation. In his mid-1950s Berkeley ink drawings, Diebenkorn’s calligraphic lines softened and shifted toward a sense of figuration.

From 1955-1966, while still in Berkeley, Diebenkorn began to paint and sketch representationally, during which depictions of portraits and models proliferated. When compared to his previous drawings, a continued sense of line and negative space emerge in early portraits, characterized by loose rendering and indistinct features. However, in a later study dating between 1960-1966, Diebenkorn shows an adept command of figuration through a seated female figure casually poised with the studio articulated around her.

Diebenkorn transitioned back to abstraction, marked by his move to the Ocean Park neighborhood of Santa Monica, California in 1967, where he would remain through 1988. Recording his new environment, the artist painted and sketched the interior studio space and the view from his windows overlooking landscapes and rooftop scenes. This formative studio activity fed the abstract linear planar compositions of the Ocean Park series of paintings and works on paper for which the artist is renowned. Three works on paper from this period are included in the exhibition.

Throughout his life, Diebenkorn never ceased to create work. Later works include a singular drawing of a club trefoil from 1980 (clubs and spades were recurring motifs in the early ’80s), two monotype prints dating from 1988, as well as two monochrome works created between 1988-1992 in Healdsburg, California, a country town in Sonoma County where the artist lived out his final days.

Richard Diebenkorn (1922-1993) is one of America’s most celebrated painters. He has been represented in major museum exhibitions and collections worldwide. In October 2017, the Crocker Art Museum, Sacramento, CA will present Richard Diebenkorn: Beginnings, 1942-1955, an exhibition that will provide a comprehensive view of Diebenkorn’s evolution to maturity, focusing on paintings and drawings that precede his 1955 shift to figuration at the age of 33. The exhibition will travel to four locations through 2019, including the Frederick R. Weisman Museum of Art, Pepperdine University, Malibu, CA.