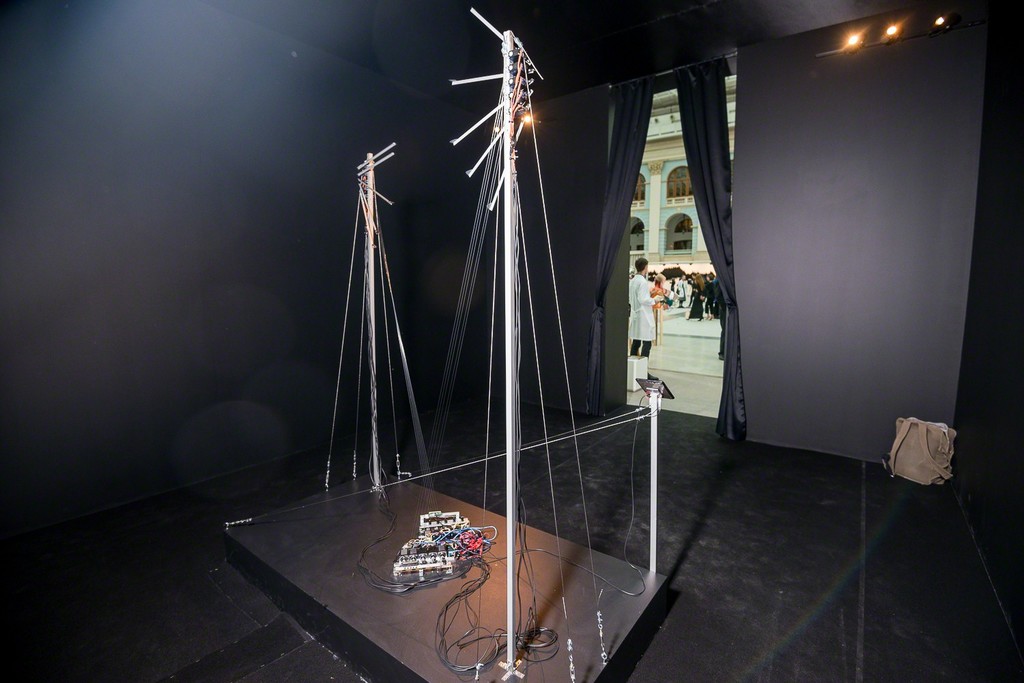 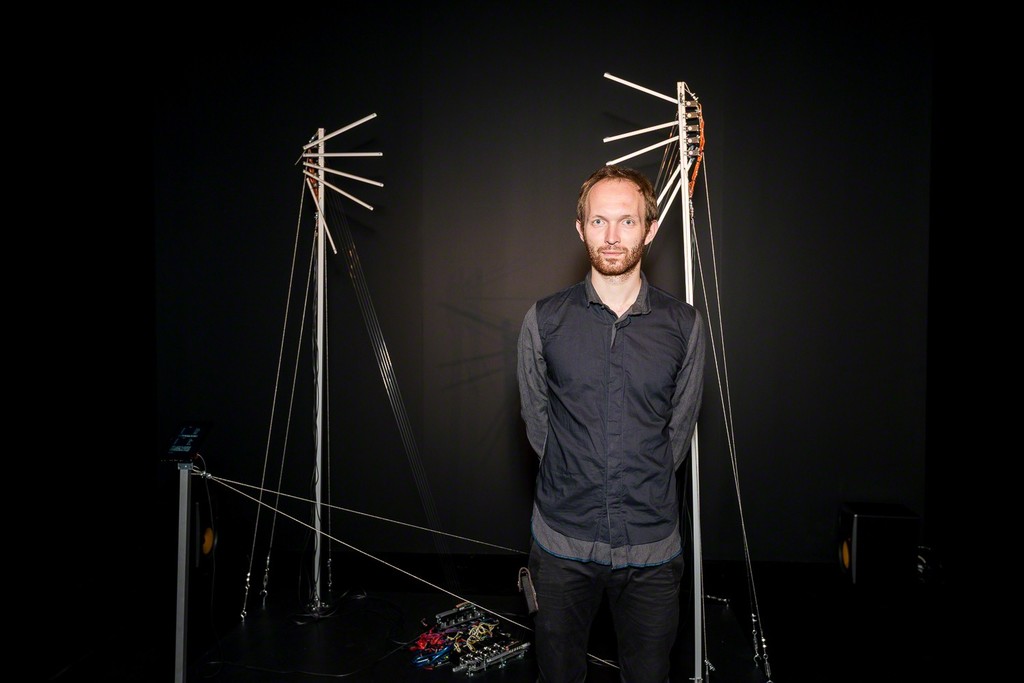 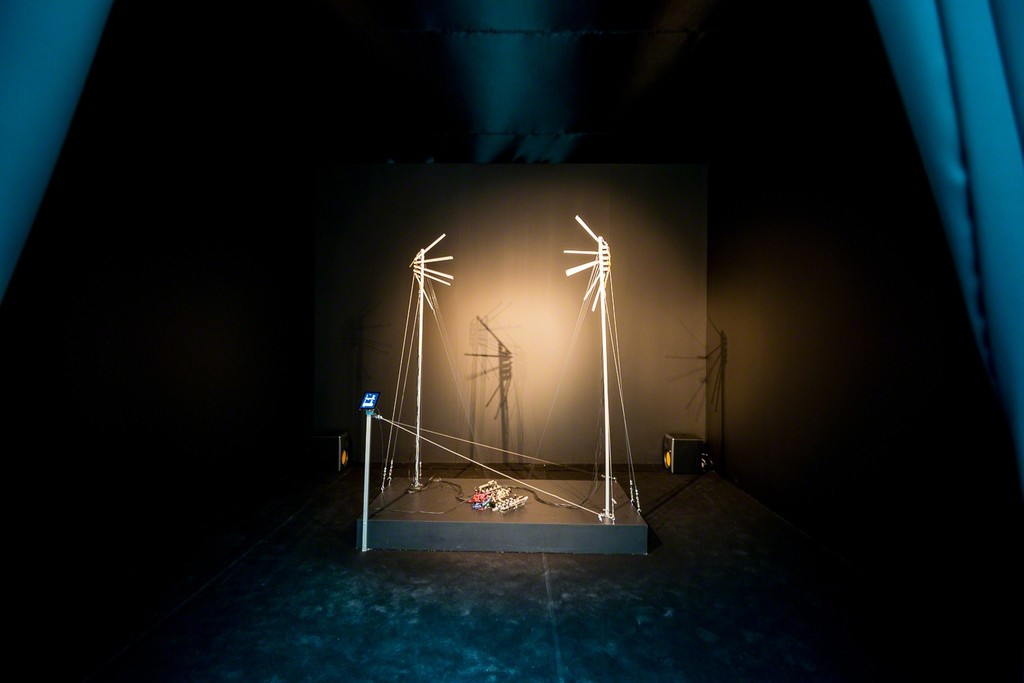 The installation is tracking the real time changes in the market activities related to cryptocurrencies Bitcoin* and Litecoin - independent and uncontrolled by any state peer-to-peer payment systems based on Blockchain** technology. Constantly changing currency rate of Bitcoin against major world currencies is influencing the strain of strings in installation and the way the picks are hitting them. The robotic system of the artwork is directed by a computer algorithm: influenced by dynamic changes of data, the installation sounds like a complex micro-chromatic instrument.

The artist is exploring how the new technologies and progress in such areas of knowledge as cryptography, mathematics, computer science influence the financial system, inevitably changing the social structure of the society. These changes can be characterised by growing decentralization, transparency, unfalsifiability, immateriality of values. Blockchain is the “Silk road” of the future and the global network are creating their own nonmaterial unit of exchange.

Technologies of the future allow creation of the virtual substances which nevertheless have very real meaning - and bitcoin is only one of the first examples.
The artwork of future also becomes immaterial: silk is transforming the network data of cryptocurrency, which looks very abstract for the spectator, into the string sound of no less elusive nature. The artist is defining the rules of the transformation, and in future the artwork exists autonomously, generating infinite number of variations and harmonies.