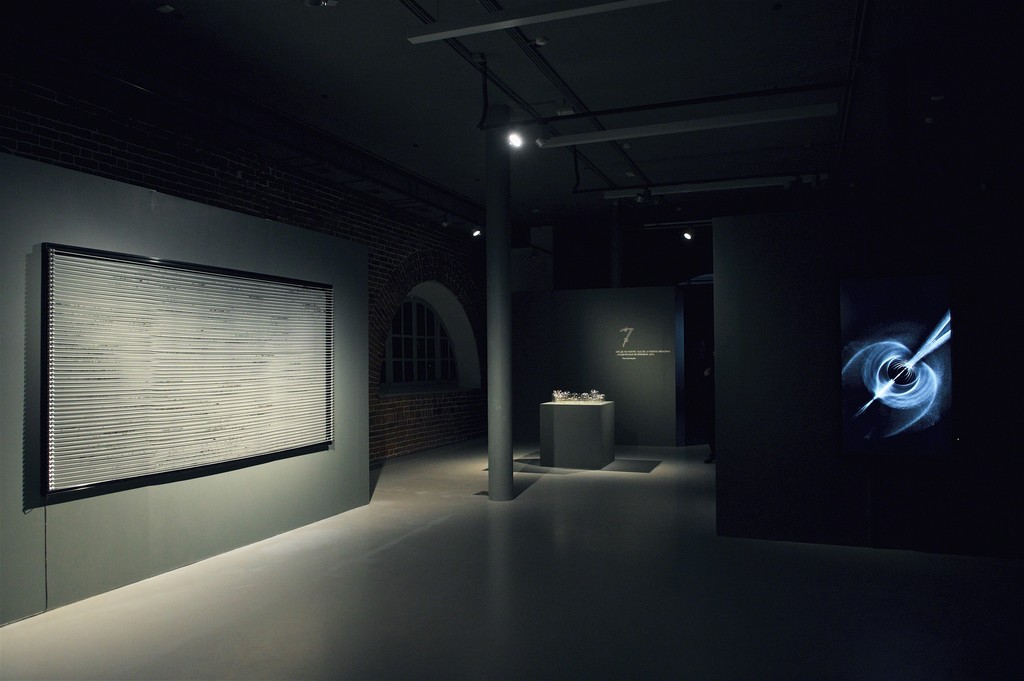 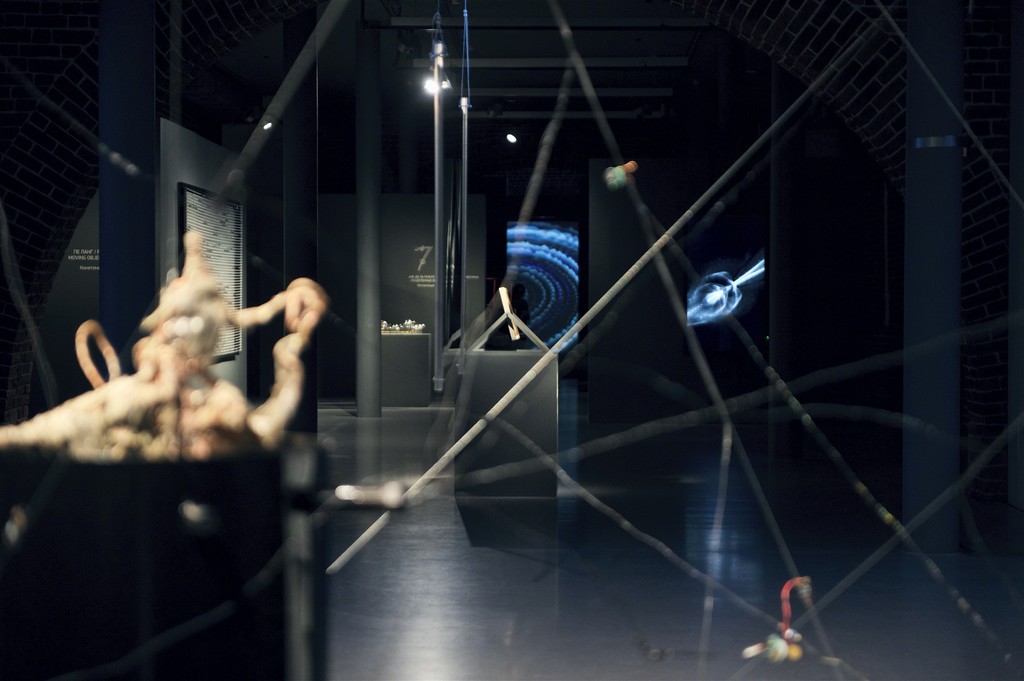 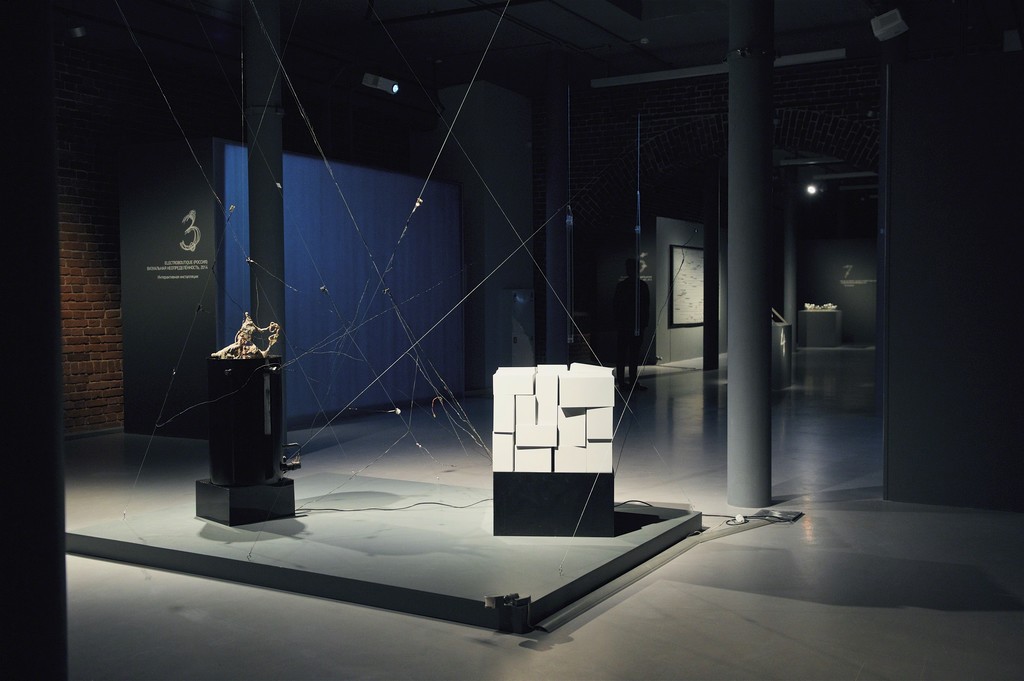 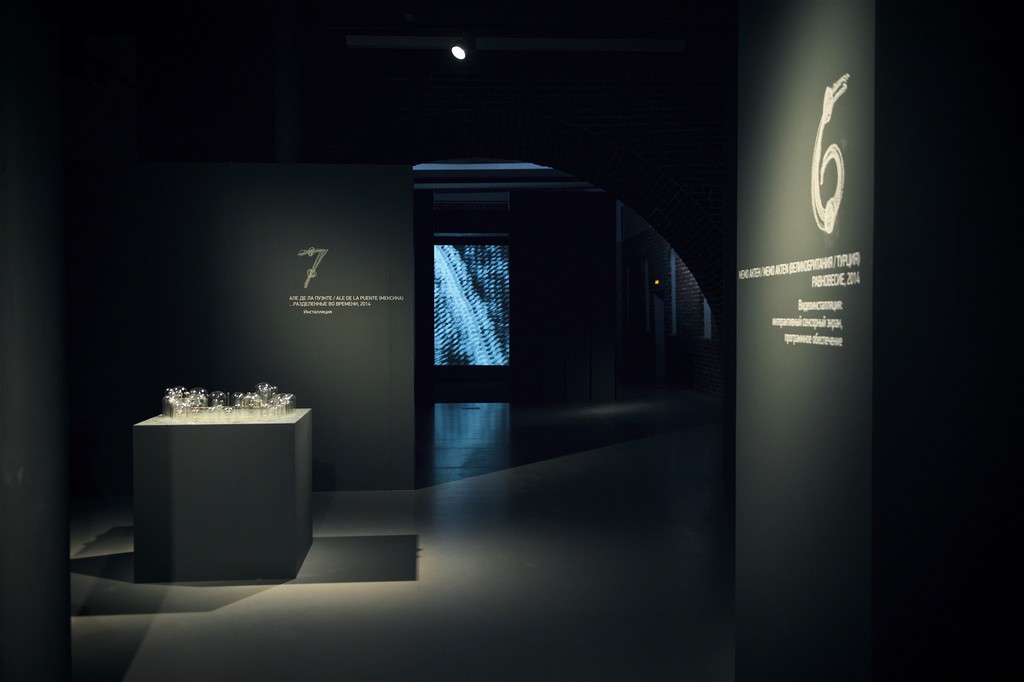 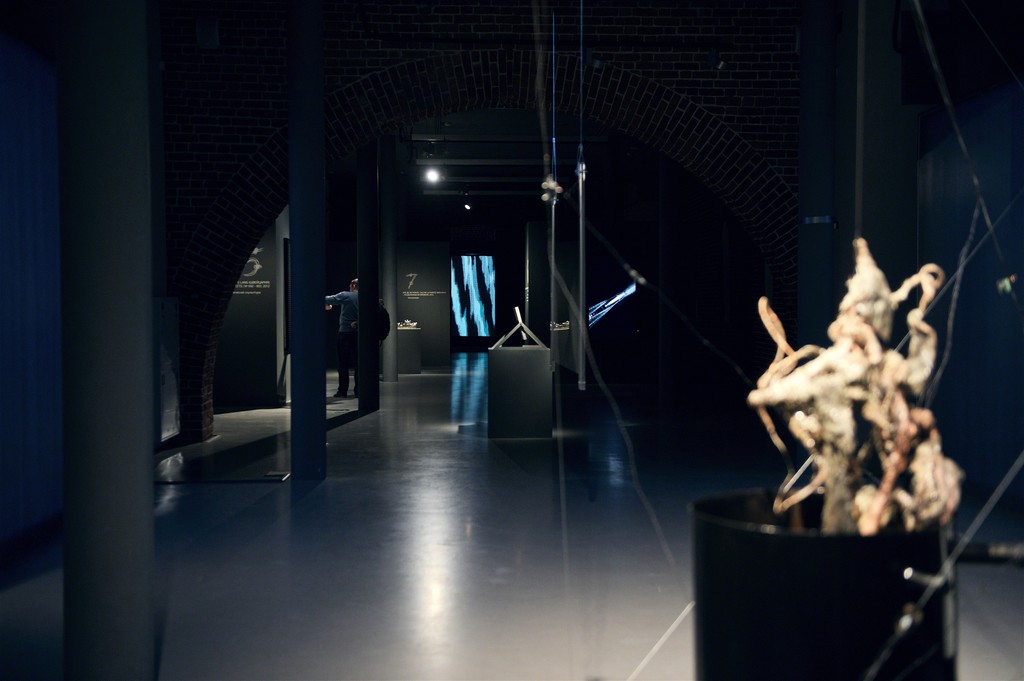 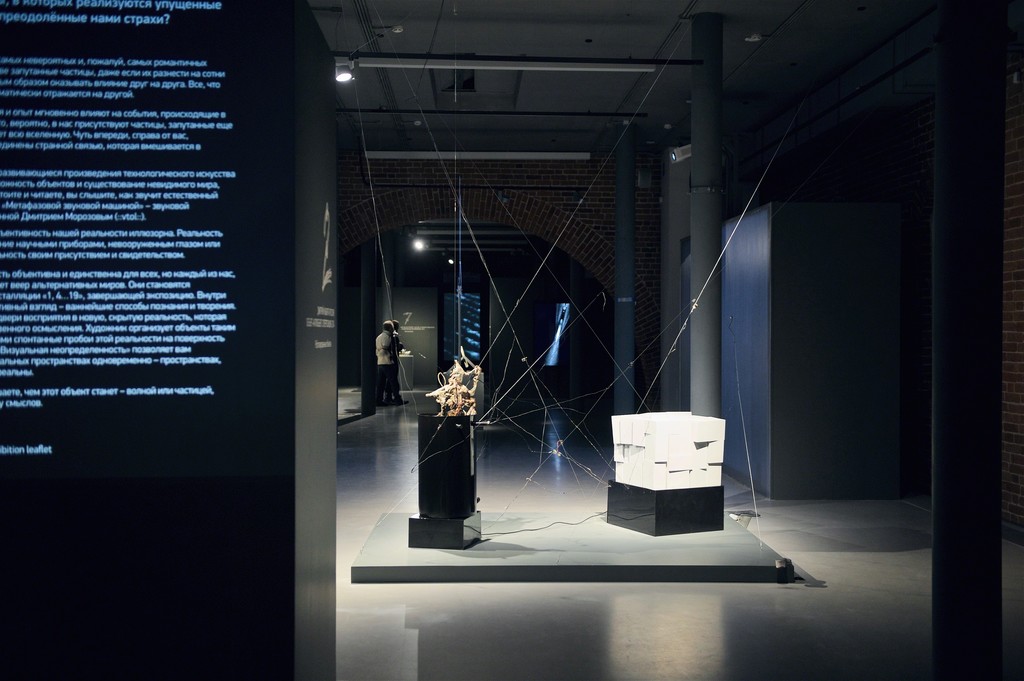 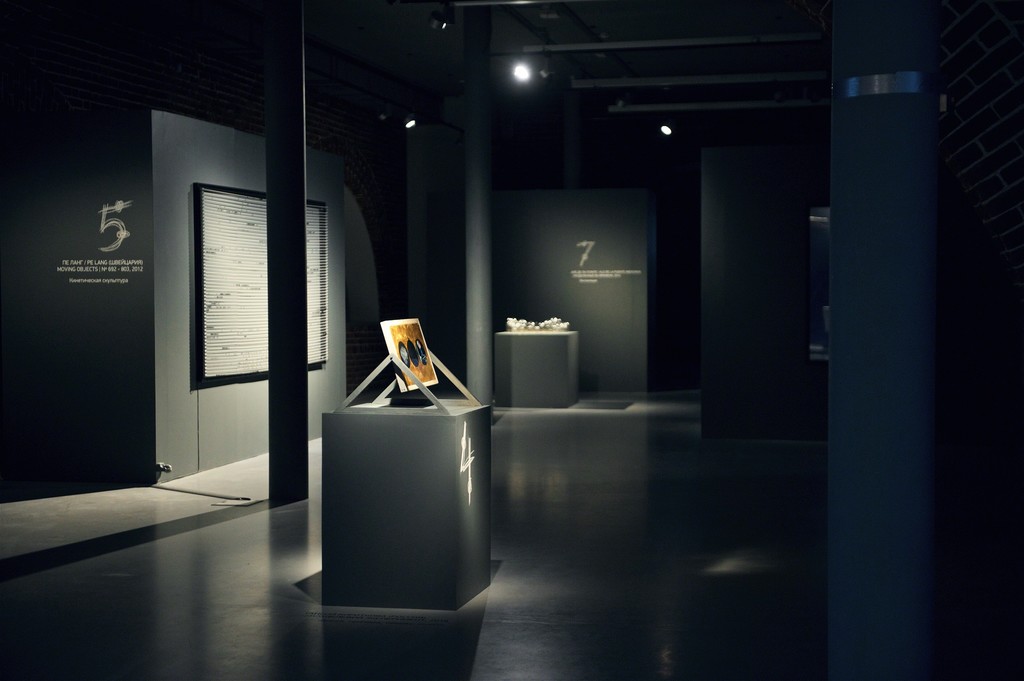 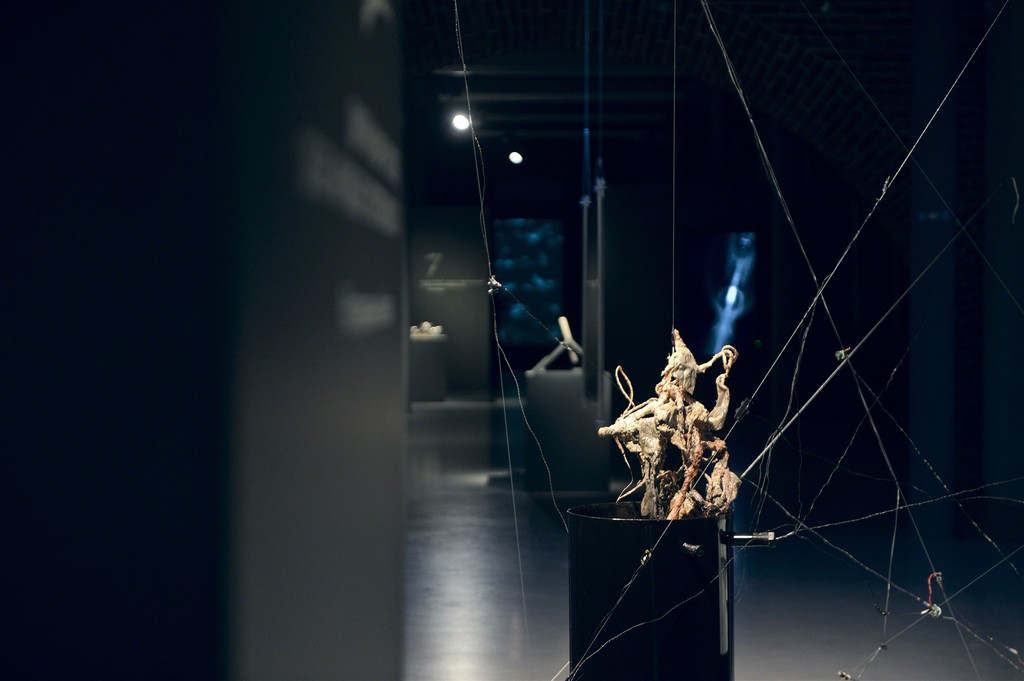 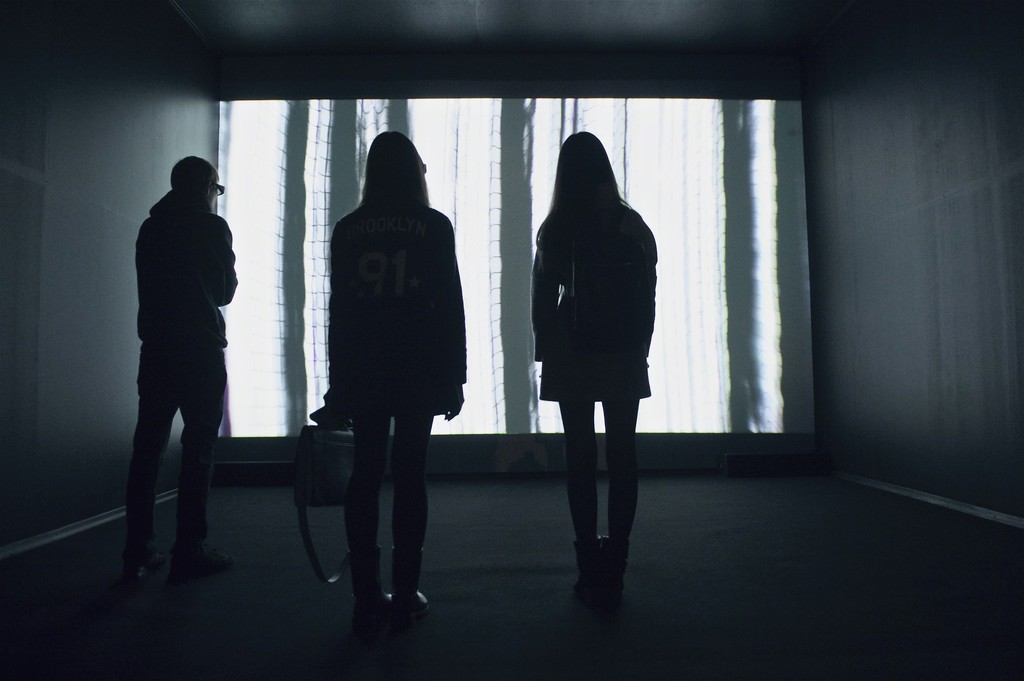 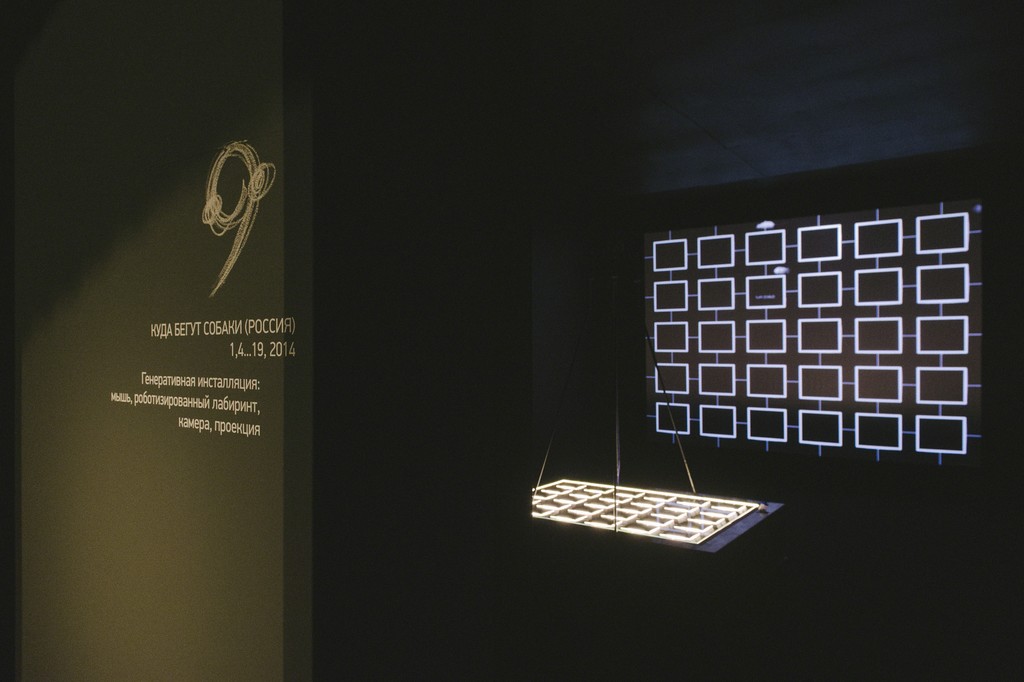 The Volga region branch of the National Center for Contemporary Arts and LABORATORIA Art & Science Space
present art & science exhibition Quantum Entanglement 2.0 which is a continuation of the project co-commissioned in 2014 by LABORATORIA (Moscow) and Festival of Digital Culture FutureEverything (Manchester).
The version 2.0 will present expanded exposition with new participants and enhanced education program.

With support of:
Pro Helvetia Swiss Arts Council as a part of the «Swiss Made in Russia» programme;
Mexican Foreign Office and the Mexican Agency for International Development Cooperation.
Technical partner: Panasonic Russia.

“There are some things so serious that you have to laugh at them.”
Niels Bohr

To which degree is our reality objective? Are there parallel worlds existing, in which all our missed opportunities are realized, or on the contrary, the fears which we have overcome? Why is there only one direction in which time is progressing? And finally, is the Schrödinger's cat alive?

The followers of Niels Bohr’s quantum theory claimed that the objective reality does not exist. The reality emerges only as a result of “measurements”, whether it is the measuring by physical apparatus, or the observer’s gaze. Quantum physics is able to give us absolutely new picture of the world, where the reality is multivariate. In this picture of the world, observation and subjective view becomes an important method, which brings quantum physics closer to philosophical and artistic perception.

Quantum Entanglement is one of the most unbelievable and even romantic phenomenon of the quantum physics.
The particles may get “entangled” while being in certain conditions very close to each other, and once set apart, they mysteriously continue to influence each other even through infinite distances. And this is not simply a theoretical assumption, but a proved experiment. For instance, in 2008 a research team headed by Anton Zeilinger (Austria) managed to set entangled photons 144 km apart, and in spite of the distance, observe their correlation.

Existing since the beginning of 20th century, the quantum theory goes far beyond our conventional picture of the world. Now this is an area that reveals us the unknown, new horizons for exploration, which is similar to the artistic approach.
Both artists and scientists experiment with materials and physical phenomena, expanding our understanding of the world, thus making the invisible visible.
Among the artworks:

METAPHASE SOUNDMACHINE (2014) by ::VTOL:: is a tribute to the ideas of American quantum physicist Nick Herbert who created in 70s the apparatus “Metaphase Typewriter” and “Metaphone” speech synthesizer. It was one of the first, even though unsuccessful, attempts to implement the phenomenon of quantum entanglement, and one of the first steps on the way to creation of the quantum computer. Metaphase soundmachine is a 5-channel kinetic/cybernetic sound object where the sound is generated based on the feedback from the Geiger counter that registers the radiation of particles in the surrounding environment.

WHERE DOGS RUN – 1,4...19 (2014) is a generative installation. The artists explore the mechanisms of the construction of reality. The mouse crawls through the robotic maze, choosing its route as it goes, while all missed opportunities turn into virtual mice. On the screen projection viewer can observe how the past, present and future are co-existing in one reality plane.

MEMO AKTEN – EQUILIBRIUM (2014) is an interactive abstraction, a fragile structure, snapshot of a moment of harmony amongst chaos and disorder. As the viewers move the ‘affectors’ around with his fingers, disturb the balance and watch the system fall into chaos. After a while the system settles and reconfigures itself to find a new balance, form a new structure, a new equilibrium.

SEMICONDUCTOR – 20HZ (2011) is a 3D video work observes a geo-magnetic storm occurring in the Earth’s upper atmosphere. Working with data collected from the CARISMA radio array and interpreted as audio, the visitor hears tweeting and rumbles caused by incoming solar wind, captured at the frequency of 20 Hertz. Generated directly by the sound, tangible and sculptural forms emerge. As different frequencies interact both visually and aurally, complex patterns emerge to create interference phenomena that probe the limits of perception.

PE LANG - MOVING OBJECTS nº 692 – 803 (2012) is a kinetic sculpture, in which motors, silicon tubes and o-rings are orchestrated into a symphony that both intrigues and challenges our expectations of how objects should behave. The poetic sculptures of Pe Lang, in which every detail is considered, oscillate between order and chaos. The artist combines mechanical principles to unveil the embodied intelligence in everyday materials. His minimal kinetic works are hypnotizing both visually and acoustically.

DMITRY KAWARGA – OBJECT- ANTIOBJECT. SUPERPOSITION (2014) – two robotic objects oppose each other – one consists of smooth regular cubes, the second one is a slimy amorphous lump made of polyurethane. They both are entangled by a variety of measuring devices, and at the first sight they form a closed system, but in fact they interact not only with each other but also with spectator's behaviour. Variable vibration, humidity, pressure, distance, movement, sound, light, temperature of one of the objects are transferred to the movement activity of another, which in turn affects the first object.

ELECTROBOUTIQUE – VISUAL UNCERTAINTY (2014) is a “magic glass” that allows the viewer to see the invisible, unveiling one more visual “layer” to the reality. Viewer is placed in “visual uncertainty”, where he can be present in two different visual environments simultaneously. At first sight, the projections appear blank, but projection wall is painted with special paint that reveals the colorful picture when it is seen through the “magic” glass.

LABORATORIA Art&Science Space, founded in 2008, is the first nonprofit exhibition and research centre in Russia focused on constructing platforms of interdisciplinary interaction between contemporary art and science. www.newlaboratoria.ru

FutureEverything is an award-winning innovation lab for digital culture and annual festival, established in Manchester in 1995. For 20 years FutureEverything has been exploring the meeting point of technology, society and culture which lies at the heart of the digital debate. www.futureeverything.org