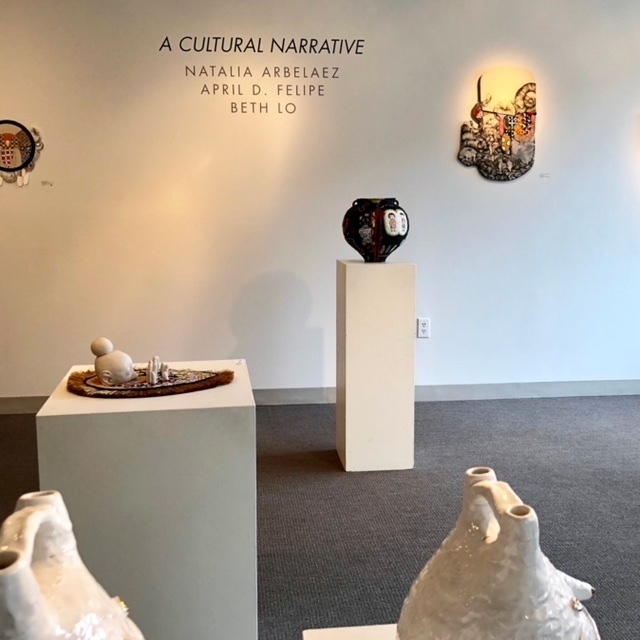 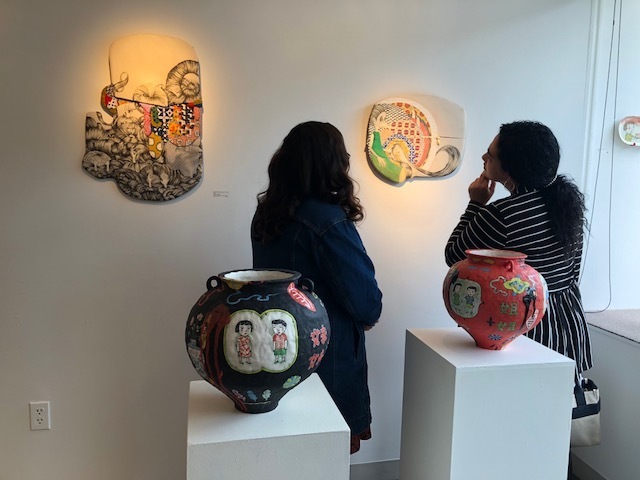 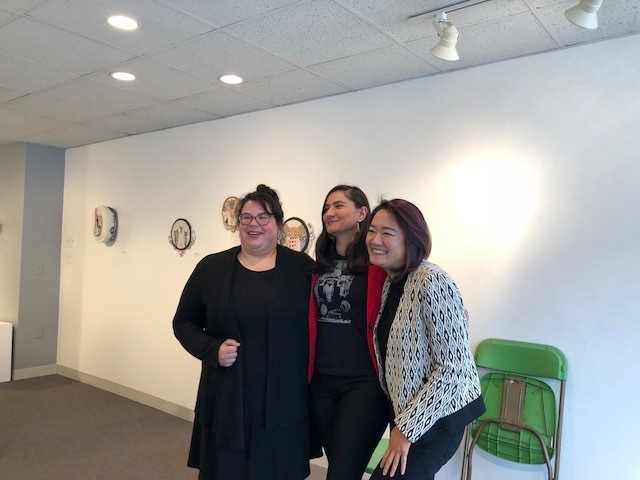 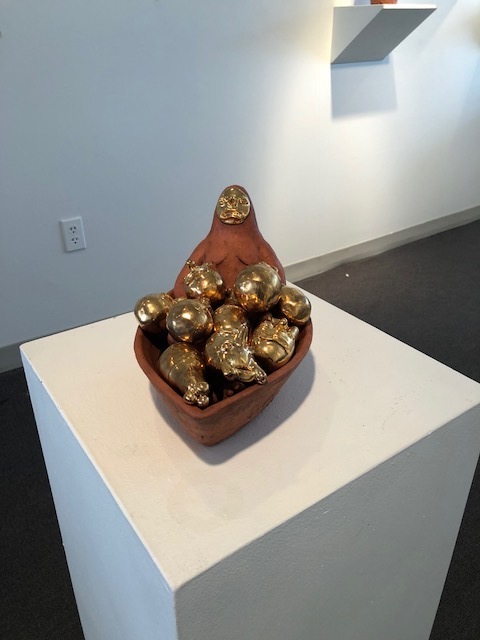 Lacoste/Keane Gallery announces its upcoming exhibition A CULTURAL NARRATIVE by artists NATALIA ARBELAEZ, APRIL D. FELIPE, and BETH LO from September 8 to 29, 2018. This exhibition features three women of diverse backgrounds working in the field of ceramic telling their important cultural stories through art.

NATALIA ARBELAEZ was born in Florida and had a short stint living in Colombia, her mother’s native country before returning to the US at the age of four. She quickly assimilated to her new cultural surrounding, causing her to forget Spanish within a mere month. As a result, Natalia has felt a great sense of loss, and has often questioned her Columbian American identity.

Natalia’s work allows her to be in touch with her heritage, and serves as a connection between herself and the culture of her ancestors. Informed by her rich heritage and ancestral history, Natalia investigates themes of loss due to conquest and migration of the Latin American and Amerindian people. Through the connection Natalia creates between past and present, she creates a contemporary dialogue that honors the cultural work of her ancestors.

Natalia received her B.F.A from Florida International University, followed by her M.F.A. in ceramics and sculpture from Ohio State University. She was NCECA 2018 Emerging Artist and is the incoming Artists in Residence at Harvard Ceramics 2018/19.

APRIL D. FELIPE was born and raised in Queens, New York. As the daughter of immigrants, April often had to straddle two cultures – Carribean and American. While she felt like she didn’t fit the cultural stereotypes of her heritage, she also felt as though she didn’t belong to the mainstream culture around her. Through her art, April believed that she could present pieces of herself in ways that could validate her sense of cultural belonging in each group. She investigates the way we construct our personal history in reference to our desire to belong in a specific place, a topic that shines through in her pieces.

April received her B.F.A from the New York State College of Ceramics at Alfred University, followed by her M.F.A in ceramics at Ohio State University in 2010. Currently, she resides in Ohio where she has her own studio and works for the Dairy Barn Arts Center.

BETH LO was born in Lafayette, Indiana, to parents who had immigrated from China. Much of her art draws from her childhood experiences and contains themes such as family, Asian culture, and language. Her works are vessel based, highly decorated with whimsical drawings of people incorporated with Asian and American motifs. Often, she makes subtle social and political commentaries through her drawings.

Beth’s work has been exhibited internationally, including the Main Exhibition of the 2013 7th Gyeonggi International Ceramics Biennale held in Korea. She has received multiple awards and endowments, and her work can be seen in museums and galleries across the country. Beth has also collaborated as an illustrator with her sister, Ginnie Lo, on two children’s books.

“This is the first time Lacoste/Keane Gallery is showing works by three minority female artists who were all born in America of immigrant parents. We are seeing their personal stories from non-main stream perspectives and through these lenses, we learn about our diversity and grow as collective society in the melting pot that is the United States of America”- Lucy Lacoste and LaiSun Keane