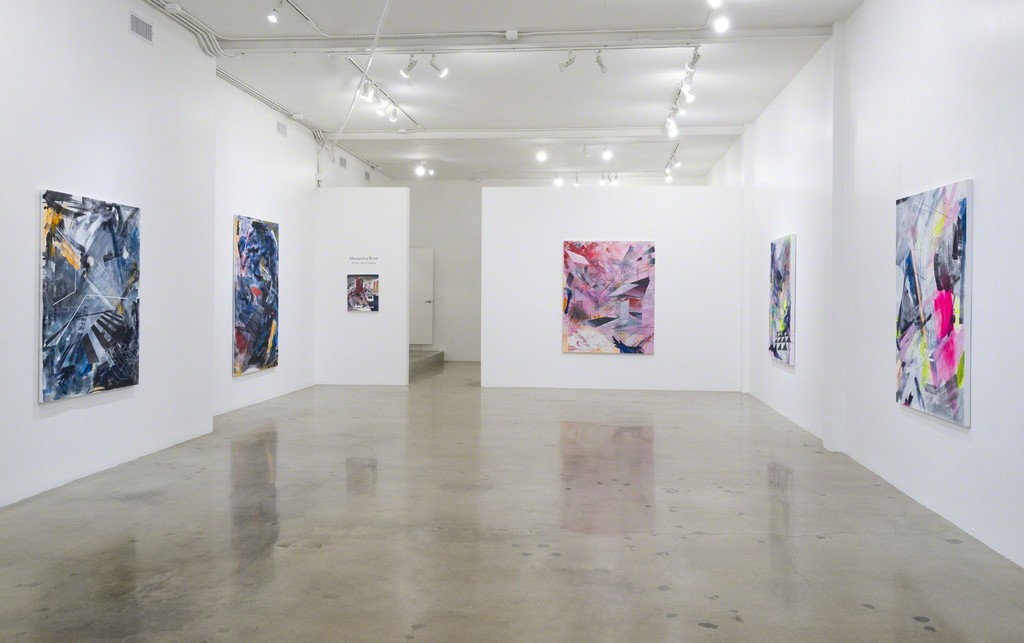 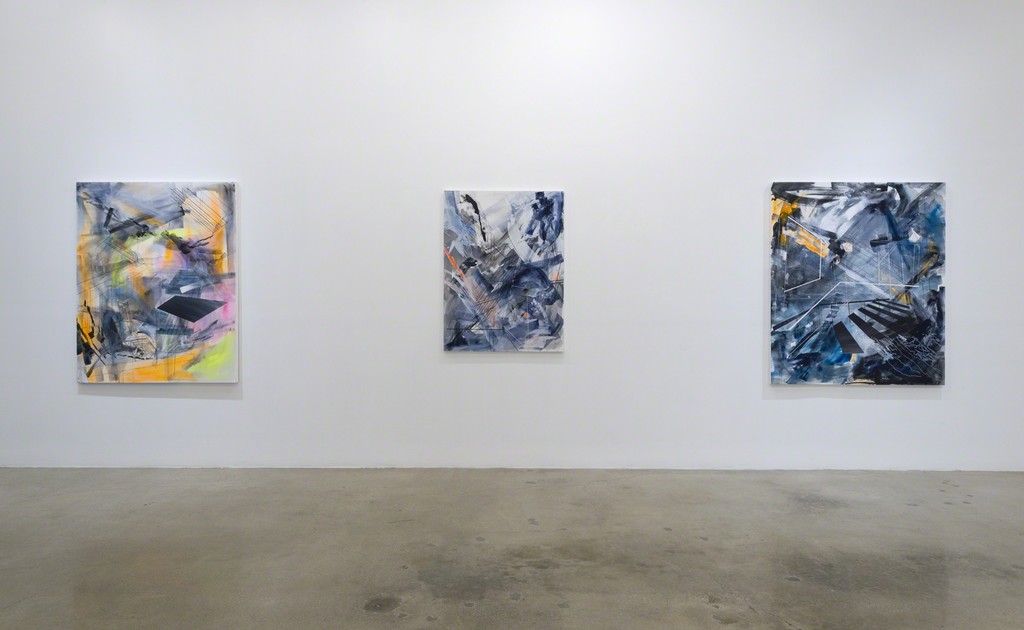 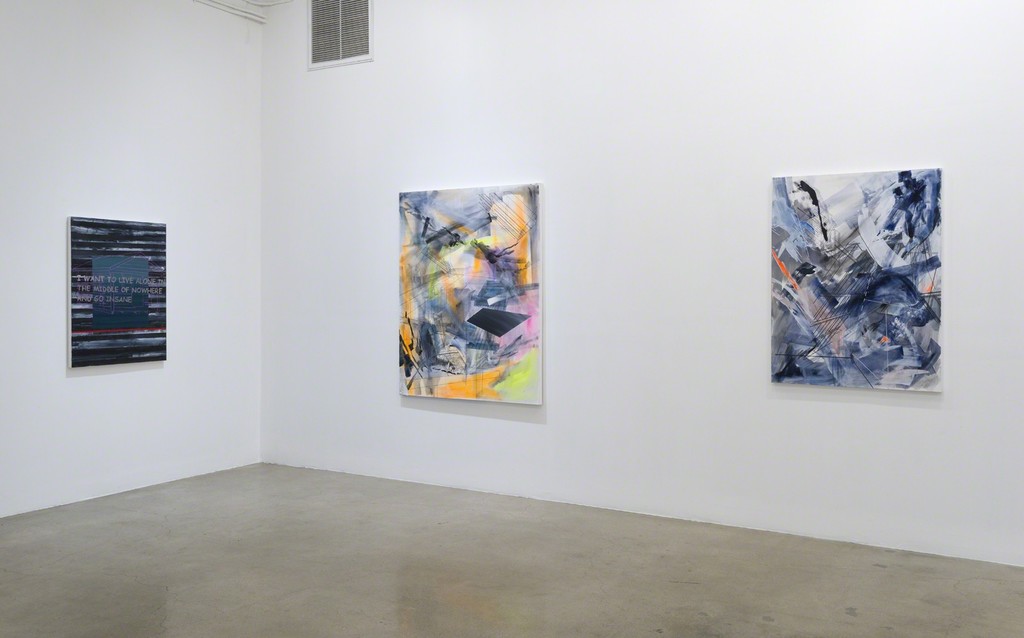 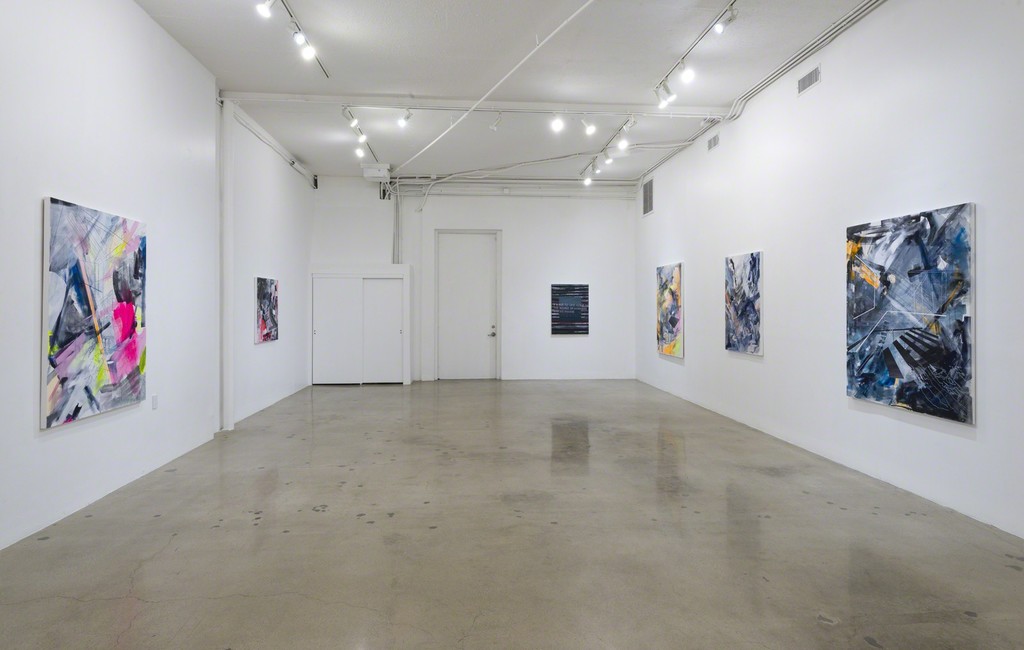 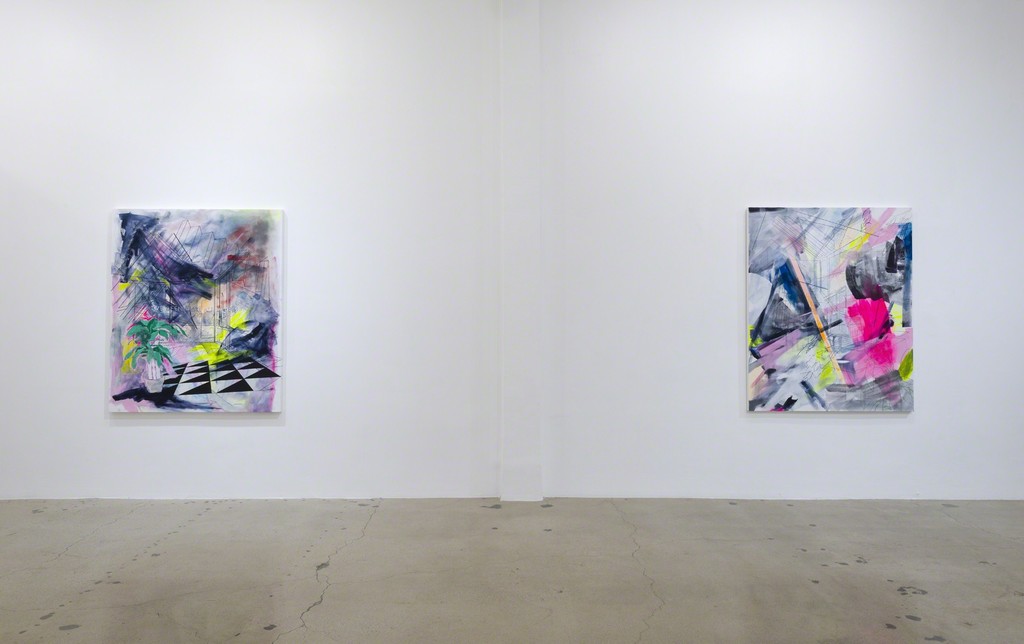 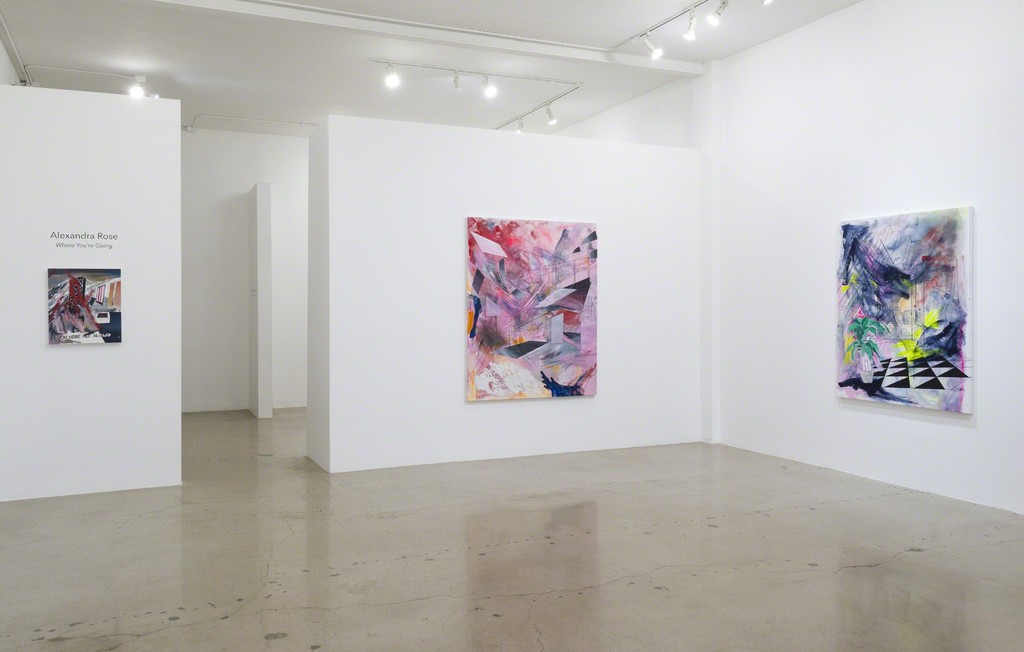 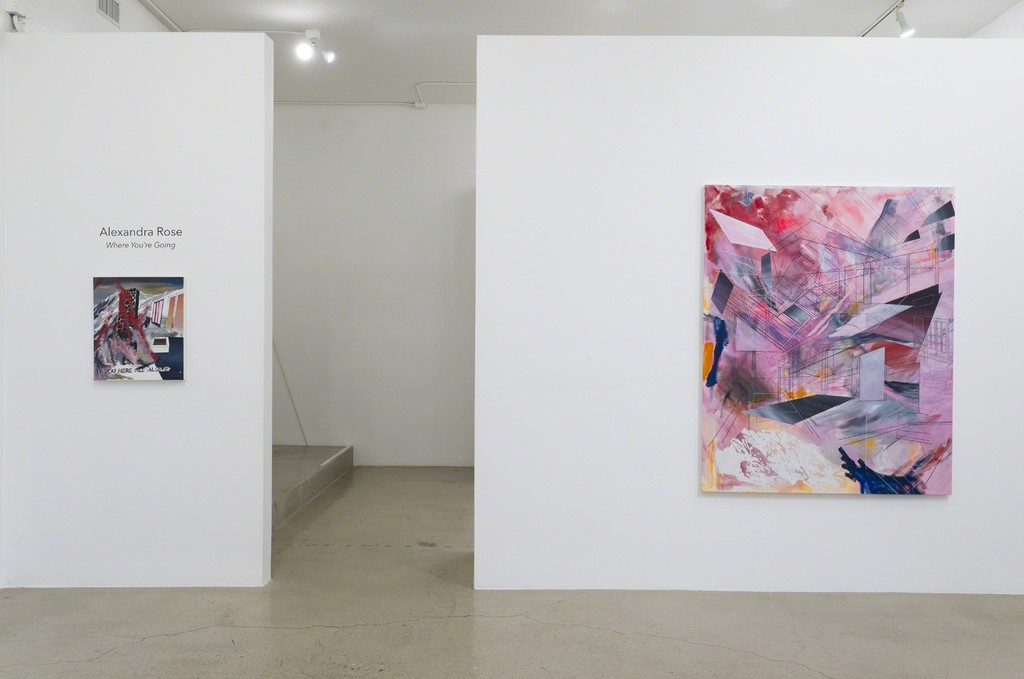 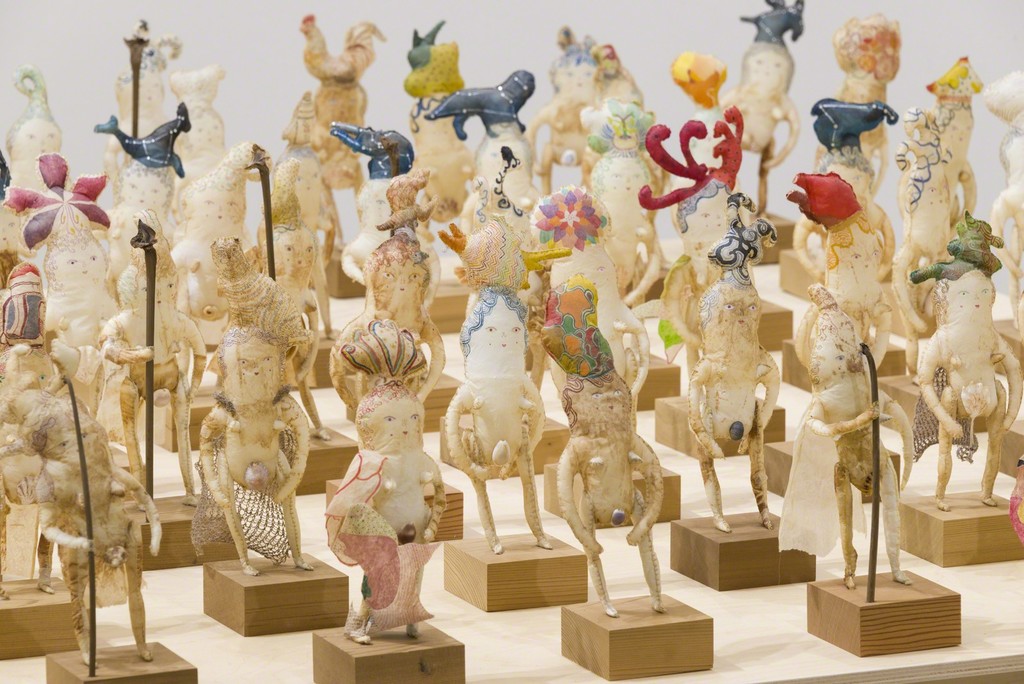 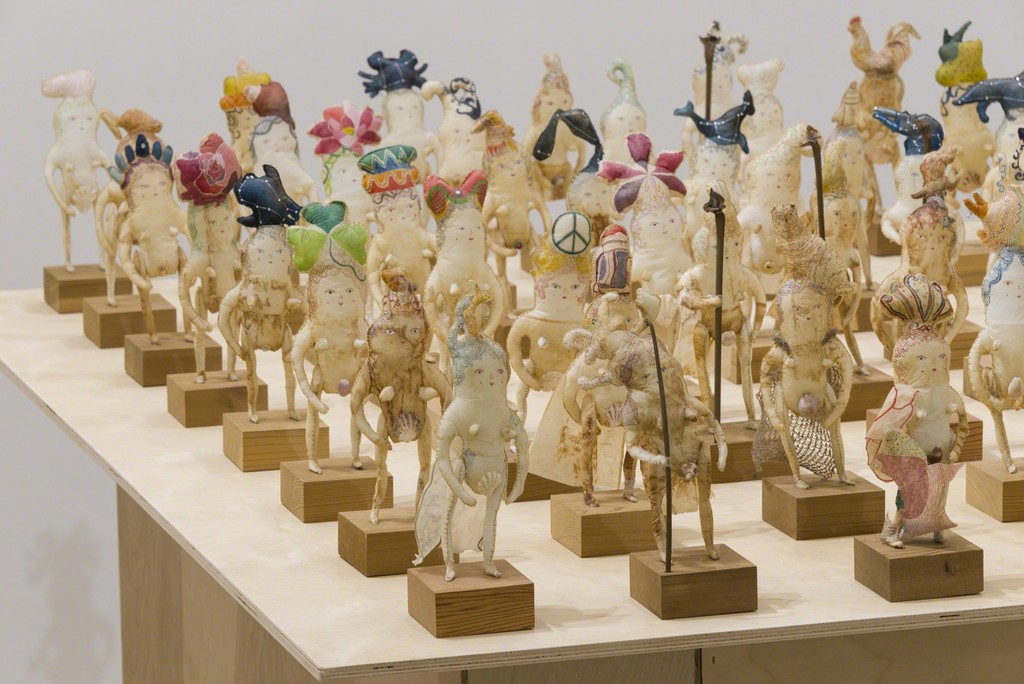 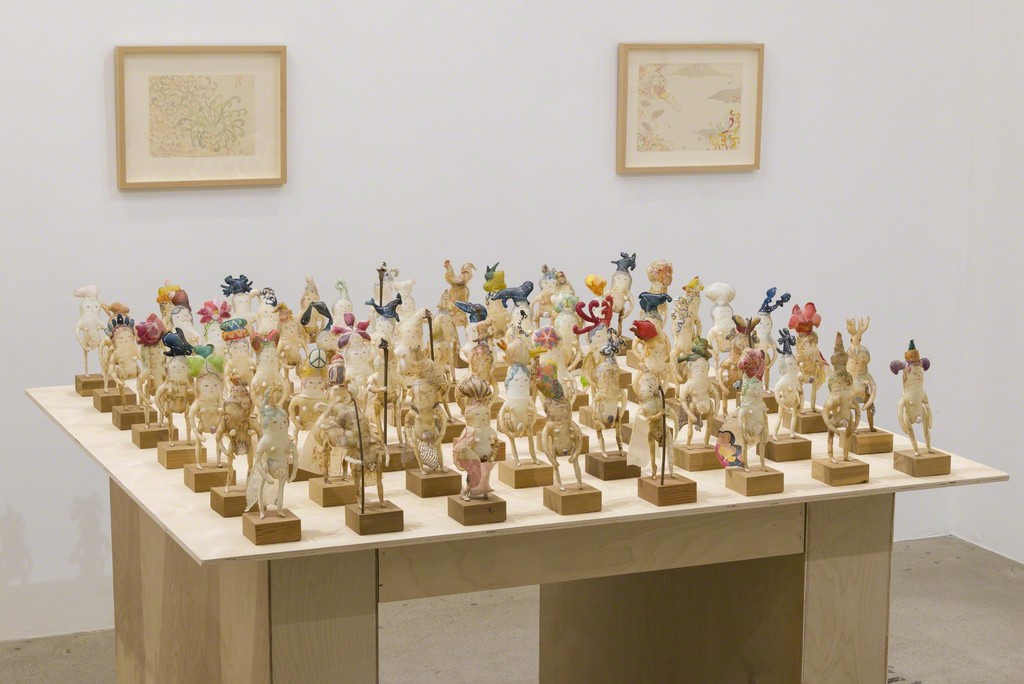 Emily Sudd: Cabinet Pieces is a new series of small works integrating collected ceramic objects with hand-made clay elements, and also features other larger-scale sculptural objects. The exhibition title is taken from the term, “cabinet pieces”, referring to items such as ceramic vessels and figurines intended solely for the purpose of aesthetic contemplation. Her unique process embraces uncertainty by abandoning the precise control of traditional fabrication techniques. Sudd transforms collected ceramic objects by arranging and re-firing them in a high-temperature kiln. The objects in Sudd’s work began as mass-produced, kitsch items and become postmodern sculptures, capable of complicating their own position within hierarchies of material, taste, and value.

Emily Sudd (b. 1977, Santa Monica) holds an M.F.A from the University of California, Los Angeles; an M.A. in studio art from California State University, Northridge; and a B.A. in art from the University of California, San Diego. She has participated in group exhibitions at Roberts & Tilton, Angles Gallery, and Anat Ebgi in Los Angeles; Sargent’s Daughters in New York; and Ferrin Contemporary’s “Ceramic Top 40” exhibition in Kansas City. Sudd had a solo exhibition at The Weingart Galleries at Occidental College in 2015.

Vanessa Y Chow: Tea Warriors, an exhibition of travel-inspired sculptures and works on paper. Throughout her travels, Chow began making drawings from used tea bags. She continued working with tea bags after her trip, sewing and stuffing them to create an entire troop—an all-female version of the Terracotta Army. Her watercolor paintings, named for the coral reef-rich Andaman Sea, depict sea life both real and imagined. Together, Chow’s tea warriors and watercolors evoke changing terrains and shifting realities—the many trials, epiphanies, and chance encounters of travel.

Vanessa Y Chow (b. 1976, Hong Kong) received her M.F.A. from the Rhode Island School of Design in 2003 and her B.A. from Connecticut College in 1999. Her work has been exhibited in Los Angeles at Tiger Strikes Asteroid, Light and Wire Gallery, the Los Angeles Municipal Art Gallery, the Armory Center for the Arts, and Angles Gallery. She has also shown in New York and Hong Kong. Chow currently lives and works in Los Angeles.

Rose’s use of language assumes the viewer is present but not alone. The varying phrases instigate the paintings’ balance of chaos and order. The mark making entertains interior and exterior to dislocate, while the text performs to destabilize.

Alexandra Rose (b. 1988, San Francisco) received her B.F.A. from Otis College of Art and Design in 2011. She has exhibited in Los Angeles at Axis Gallery, Minan Gallery and LACMA. This is her first solo exhibition. She currently lives and works in Los Angeles.