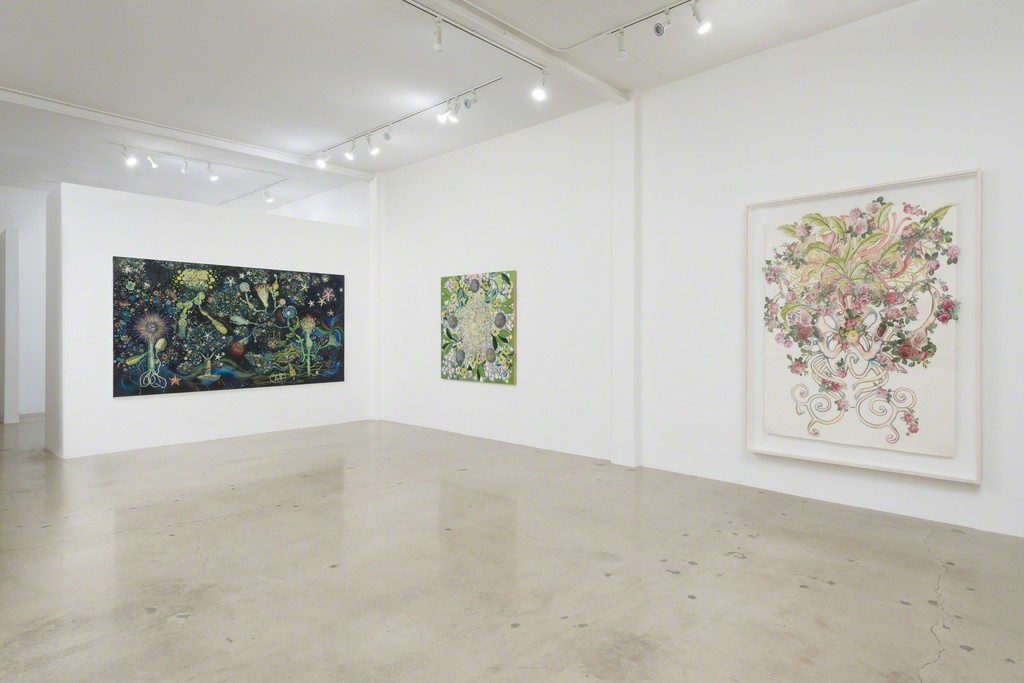 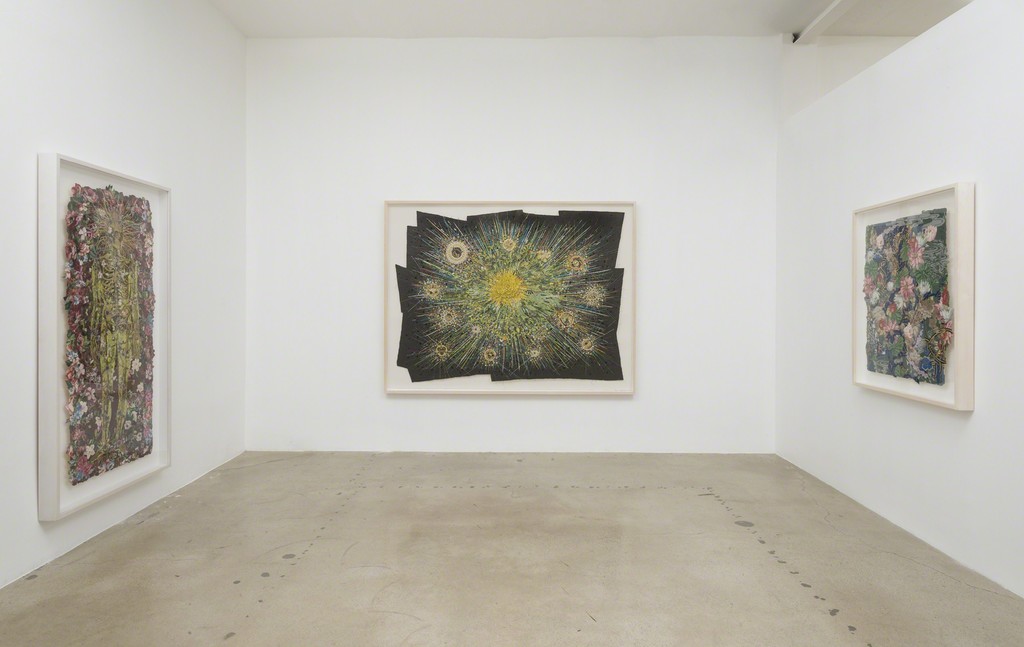 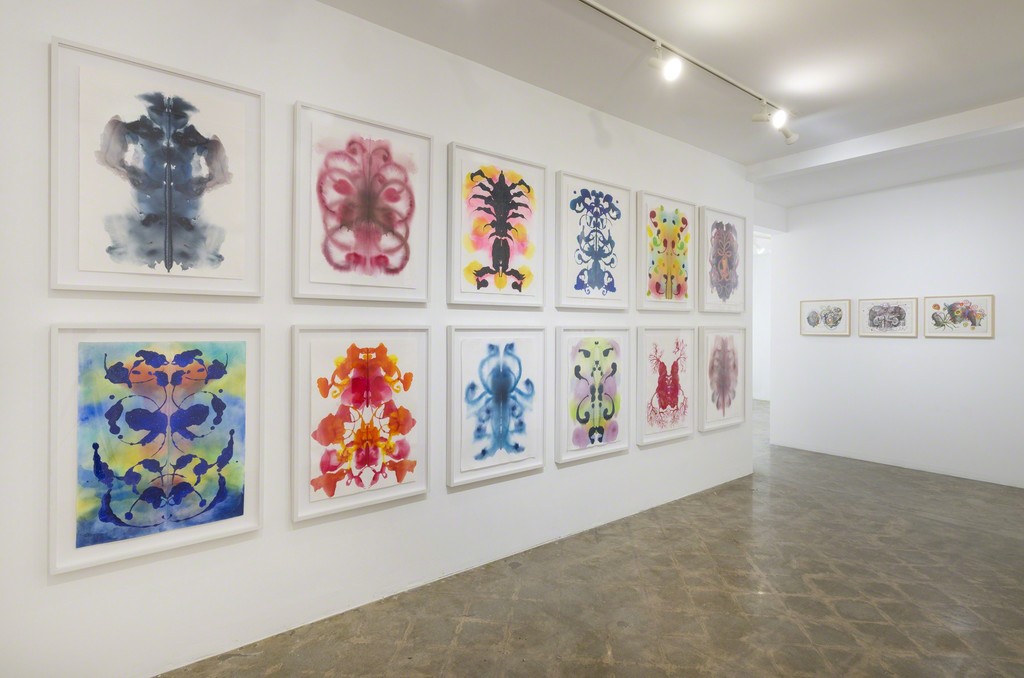 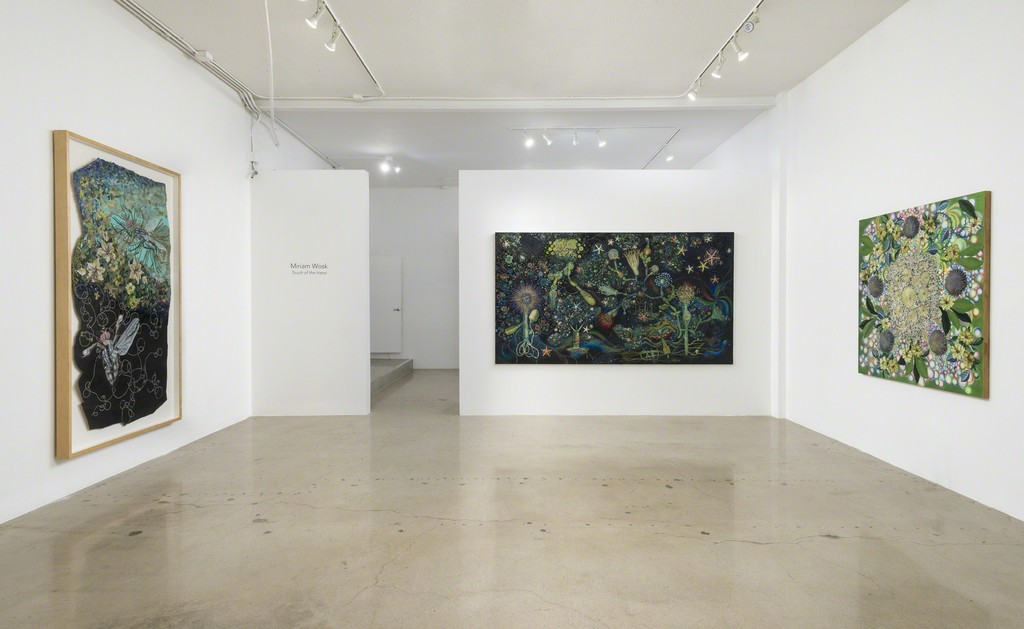 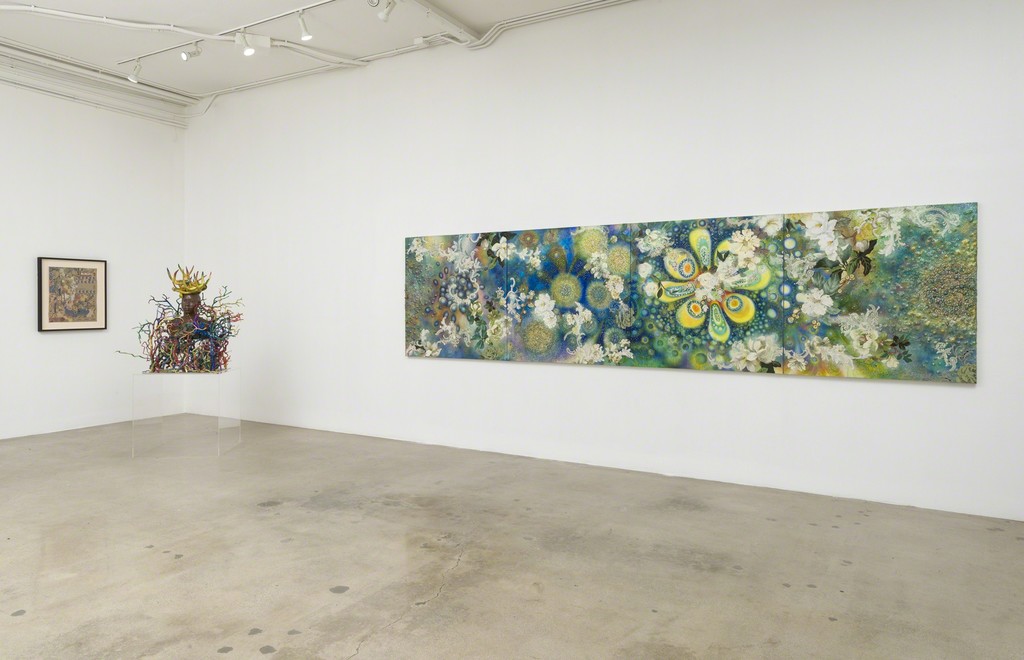 Los Angeles, August 2015—LAM Gallery is pleased to announce Touch of the Hand, an exhibition of work by artist, illustrator, and self-proclaimed “visual glutton” Miriam Wosk. Comprised of mixed media paintings, collages, and sculptures from the last decade of Wosk’s life, the exhibition is an enchanted journey through a world of her own creation. In this world, human, insect, and aquatic life-forms meet insidious botanical growths; hearts share the stage with horns and claws; and beauty rules with a heavy hand.

Miriam Wosk left Vancouver, B.C. at age 19 to build a flourishing career as an illustrator in New York. She worked for the New York Times, New York Magazine, Esquire, Vogue, and Mademoiselle and, in 1971, created the cover for the first issue of Ms. Magazine. Her cover—featuring an eight-armed, blue-skinned demi-goddess balancing career, marriage, and motherhood—became the defining image of the budding women’s movement. In 1979, Wosk moved to Los Angeles and spent the next three decades focusing on her fine art practice. A proponent of Jungian dream analysis, she pro¬duced Rorschach-inspired watercolors, and also began collaging on top of nineteenth-century an¬atomical prints of animal specimens, human organs, and skeletal systems. The largest of these prints are adorned in densely painted patterns, floral designs, faux pearls, vintage wallpapers, crystals, sewing patterns, and metallic foils. Her expansive paintings from the 2000s depict unearthly terrains, where the microscopic becomes the cosmic and the personal becomes the universal. The Mystic Flower of the Soul (2003) pulsates with multi-colored orbs and blooming hibiscus, and is rendered in lush acrylic trimmed with jewels and fossilized starfish.

Wosk championed beauty and the bodily female experience at times when the canon was turning towards cool, conceptual artworks. She identified neither with the Pattern and Decoration move¬ment of 1970s New York, nor with the culture of cynicism and the mundane in vogue later in L.A. Instead, Wosk credited Spanish Catalan starchitect Antoni Gaudí and Mexican painter Frida Kahlo as influences and spirit guides. Her unruly, incomparable body of work serves as a lasting reminder that darkness lurks just below the surface of beauty, that paradise, once discovered, is already lost.

Miriam Wosk (1947–2010) exhibited in numerous local and national venues and her artwork has been acquired by public and private collections. She was the subject of two solo exhibitions at the Santa Monica Museum of Art in 2006 and 2013, and a two-person show at The Gabarron Foundation Car¬riage House Center for the Arts in 2008.

For further information and press materials, please contact the gallery at (323) 498-5977 or by email at [email protected]