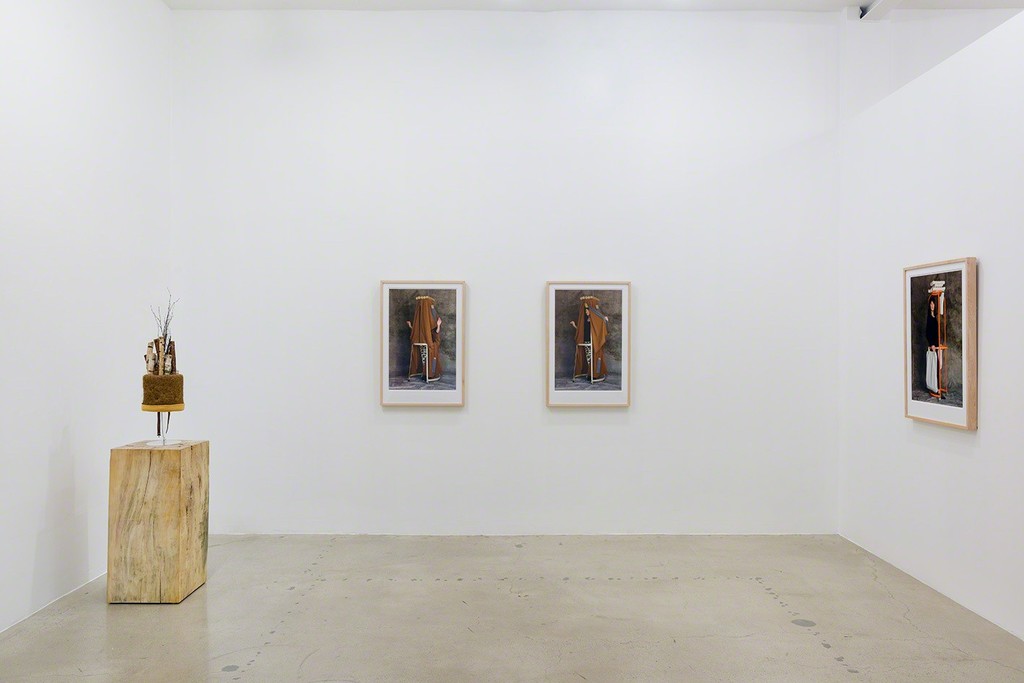 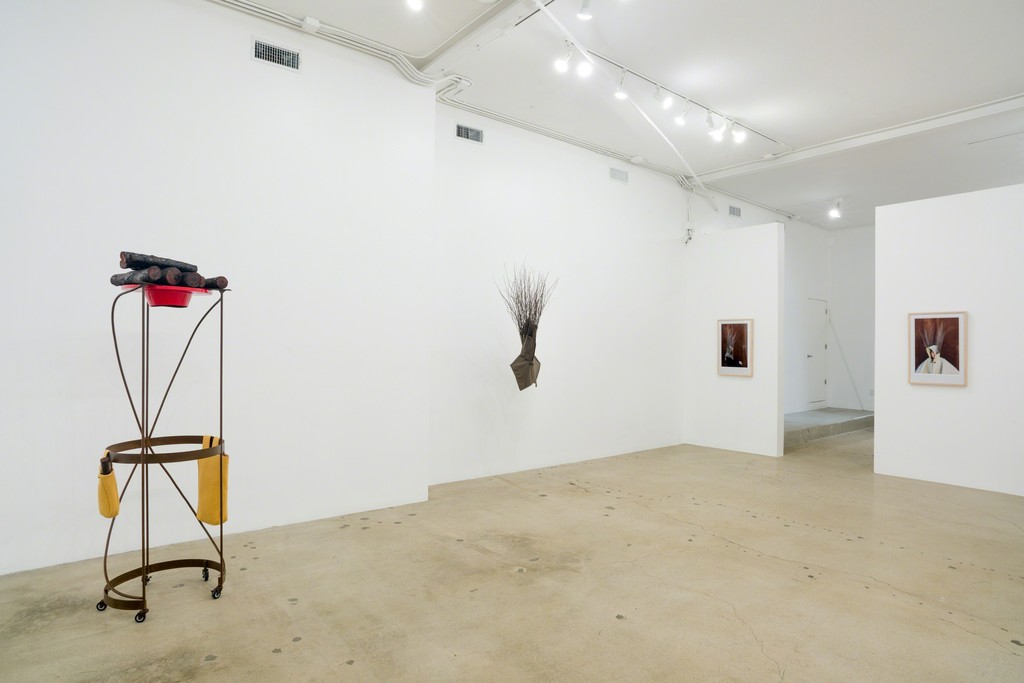 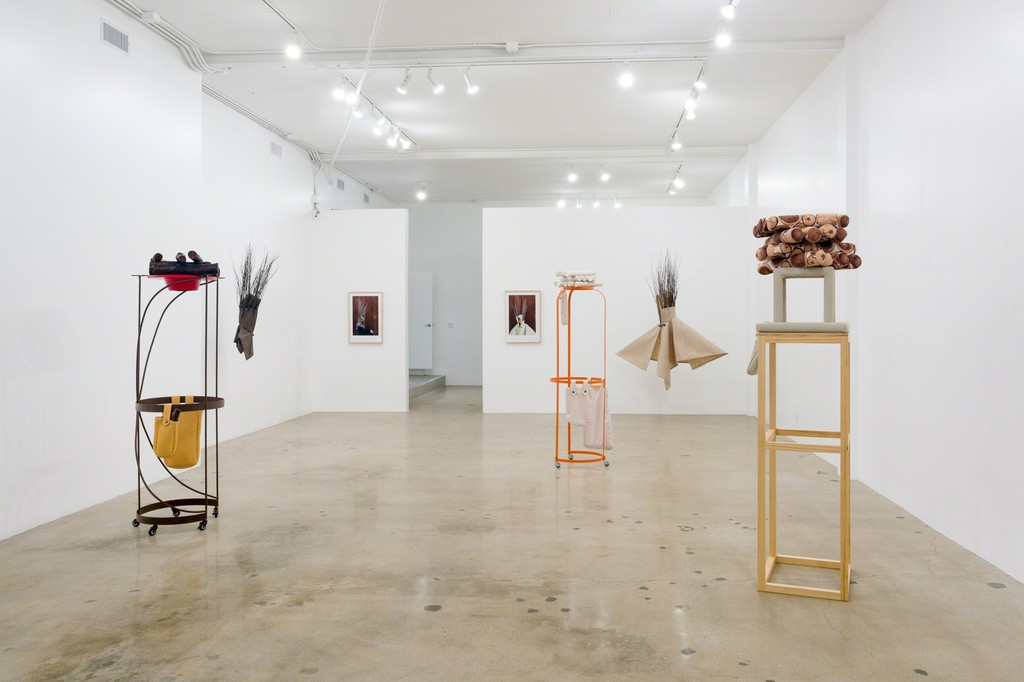 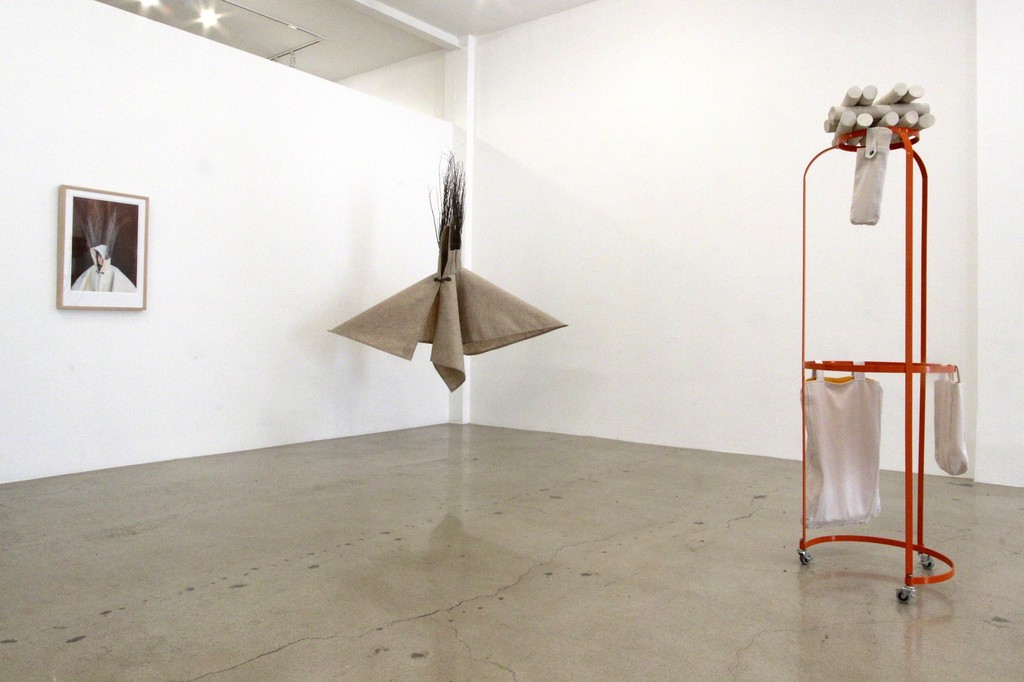 LAM Gallery is pleased to present our third exhibition with new work by artist Phyllis Green, entitled “Walking the Walk . ”

The selection of eight mixed-media objects, which appear as garments, performance props and modernist sculpture, is the culmination of a project proposed to the John Simon Guggenheim Memorial Foundation that appointed Green a Fellow in Fine Arts in 2014. This will be its debut showing.

Inspired by her travels to India and the study of ancient texts—specifically, the Upanishads, writings that reveal the nature of reality and describe the means by which humans can become enlightened—Green has created physical manifestations of poetic metaphors and devotional rituals cited within one particular verse. The Mundaka Upanishad advises that the first step toward enlightenment is for individuals to approach a guru, or learned teacher, with wood (fuel) on their heads. (First Mundaka, Chapter 2, verse 12) A literal interpretation of this decree provided an imaginative departure point for Green to pursue her longstanding interests as a sculptor in the areas of craft, the body and the feminine. Constructed of diverse materials including wood, metal, cloth, fiberglass, porcelain and stoneware, the objects not only function as vehicles for carrying wood, but as receptacles for meaning and sensation, and the experience of both the artist and the viewer.