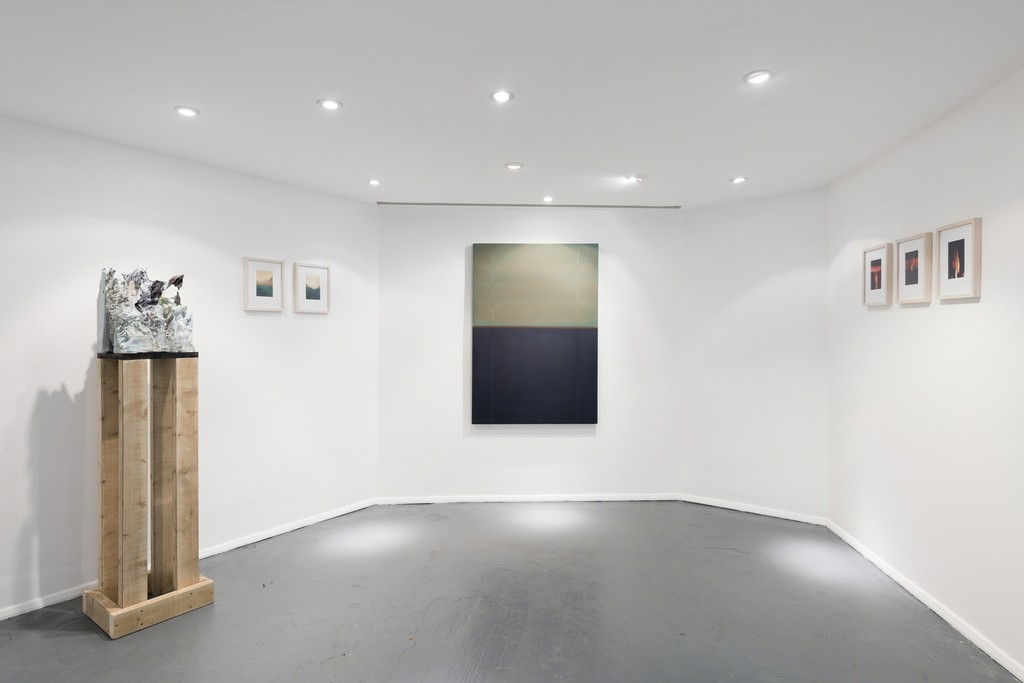 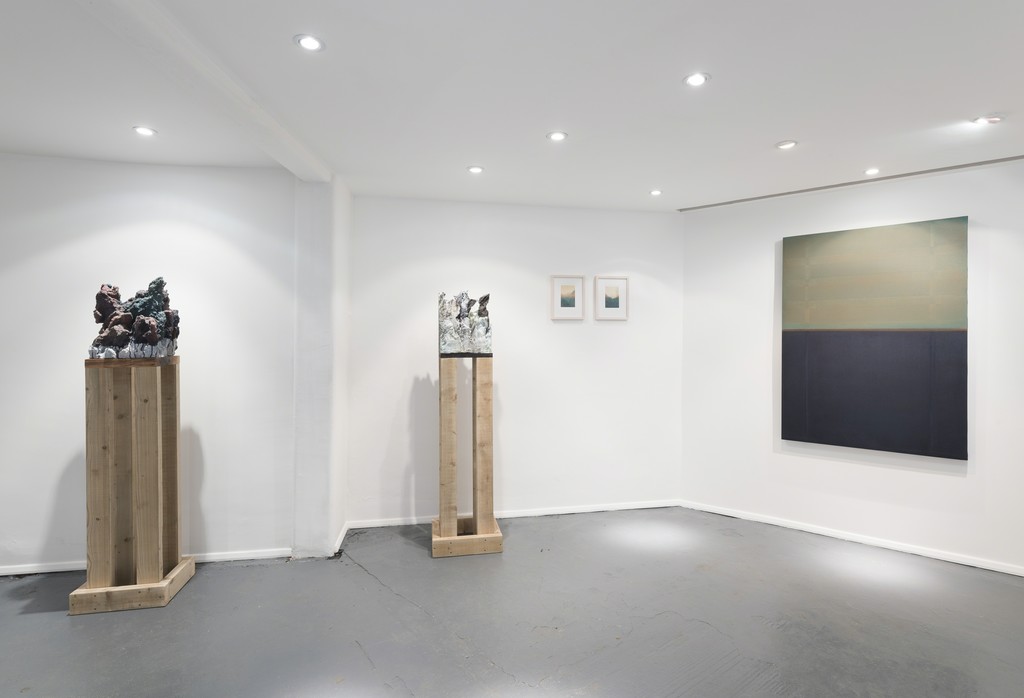 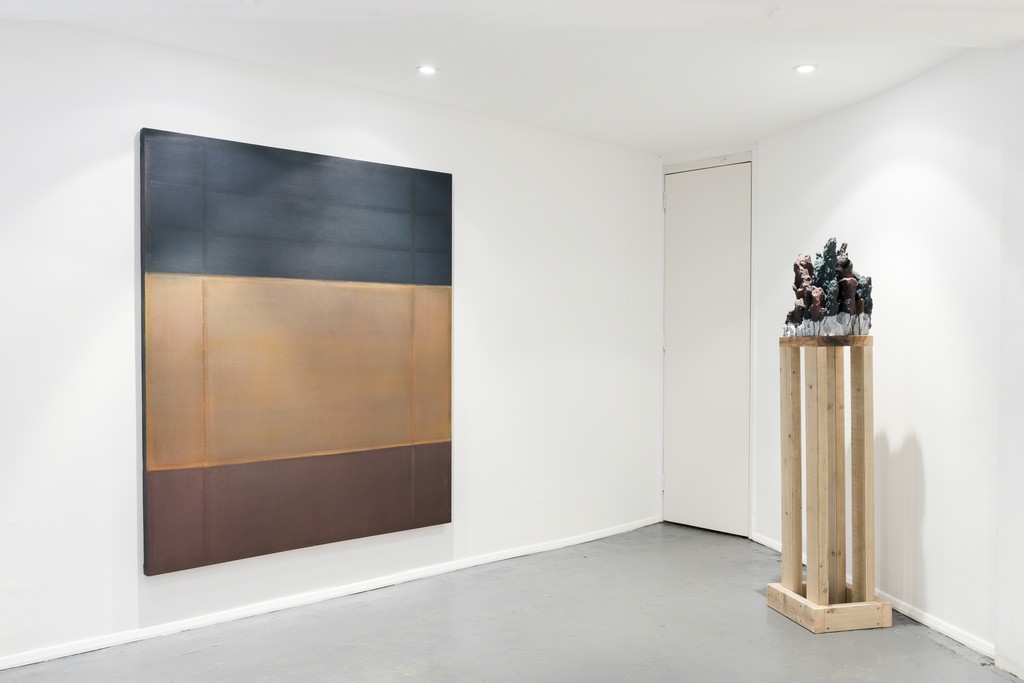 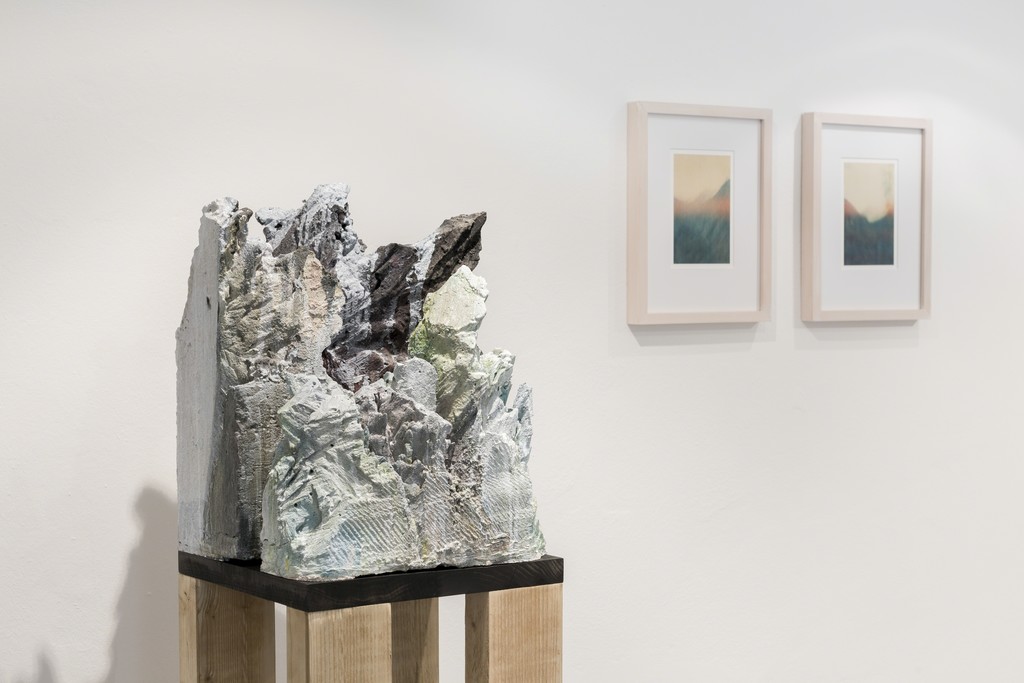 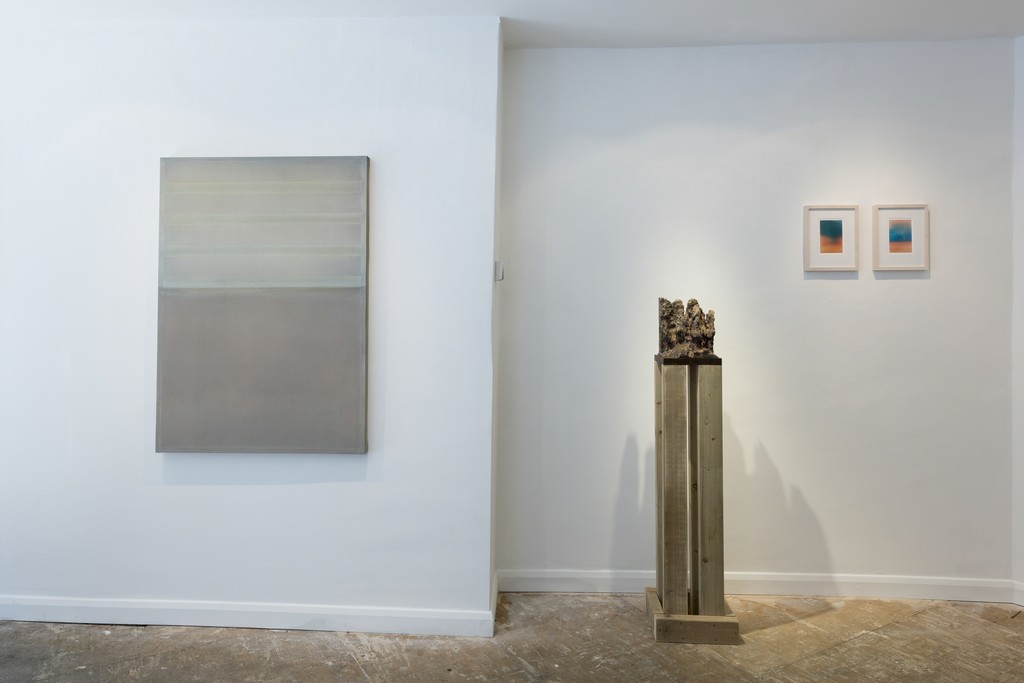 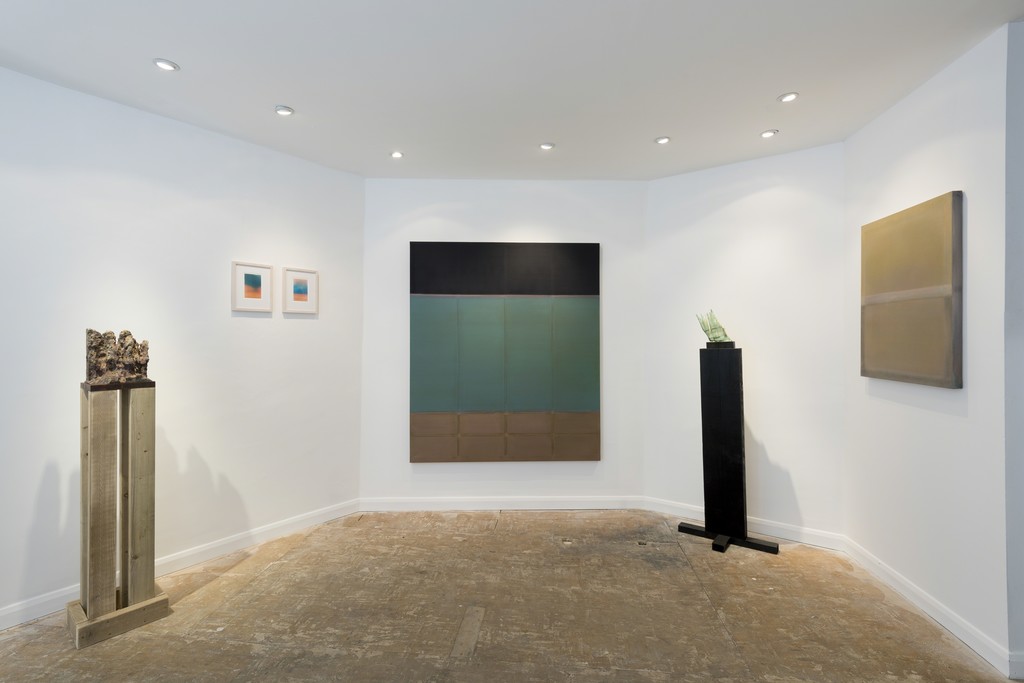 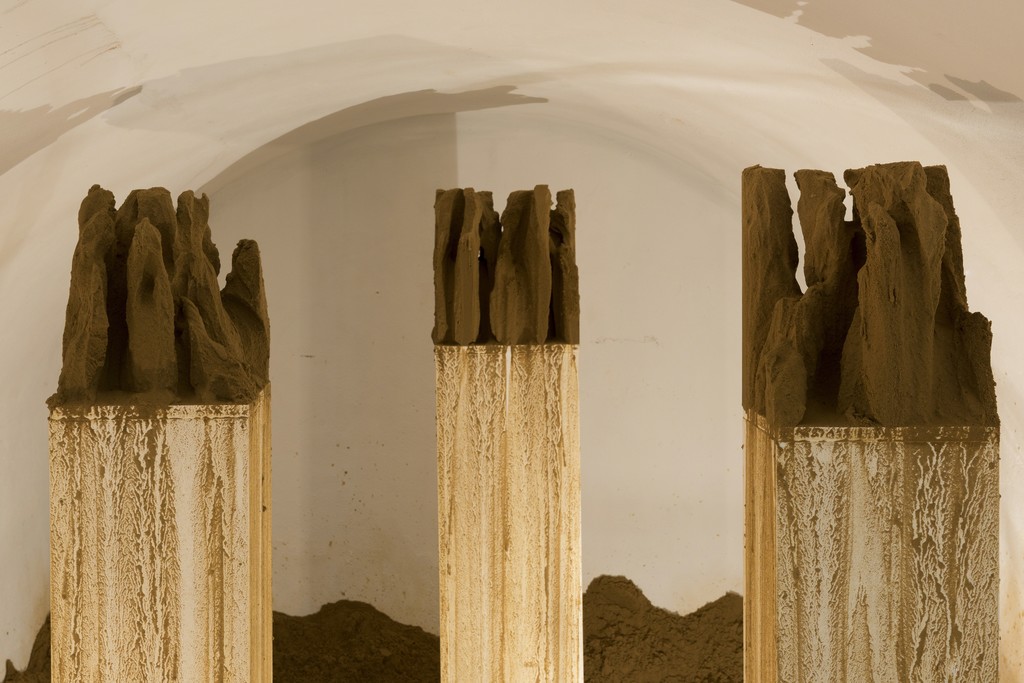 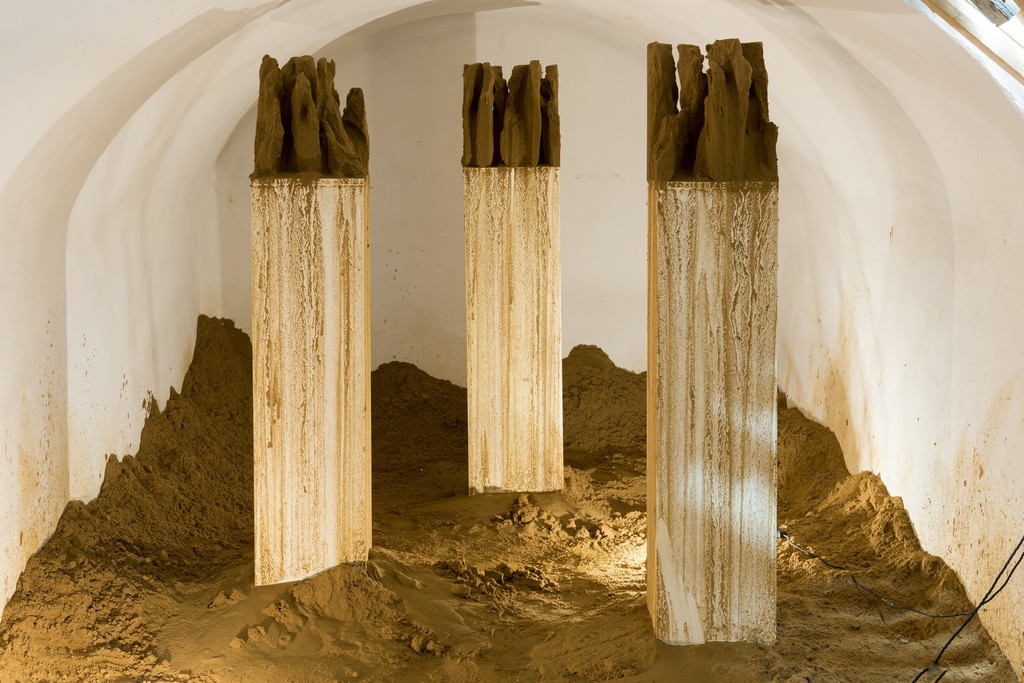 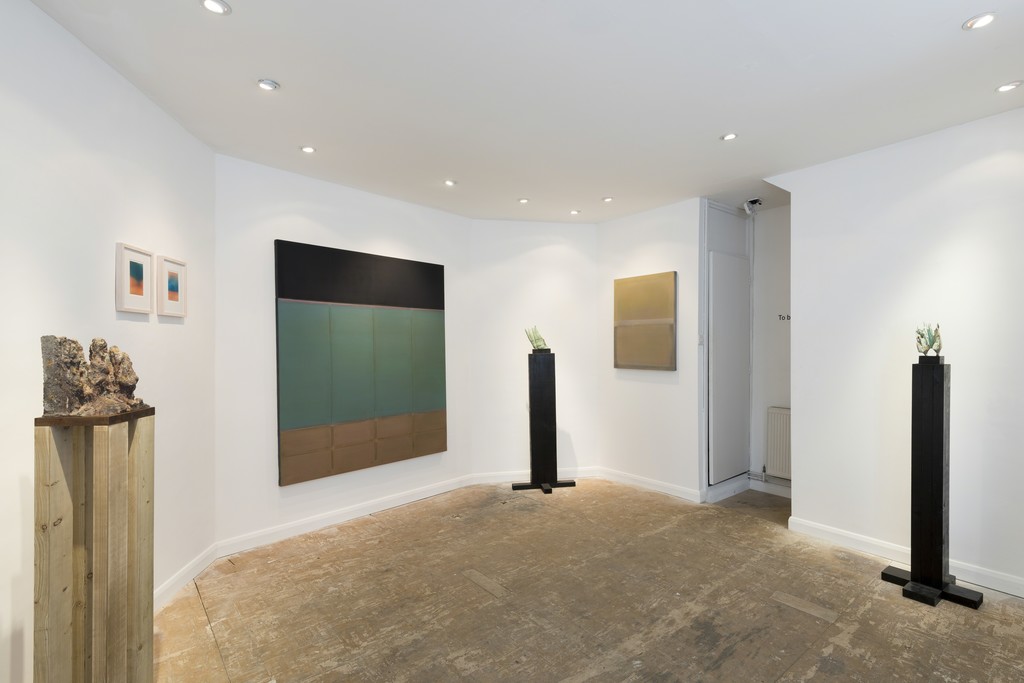 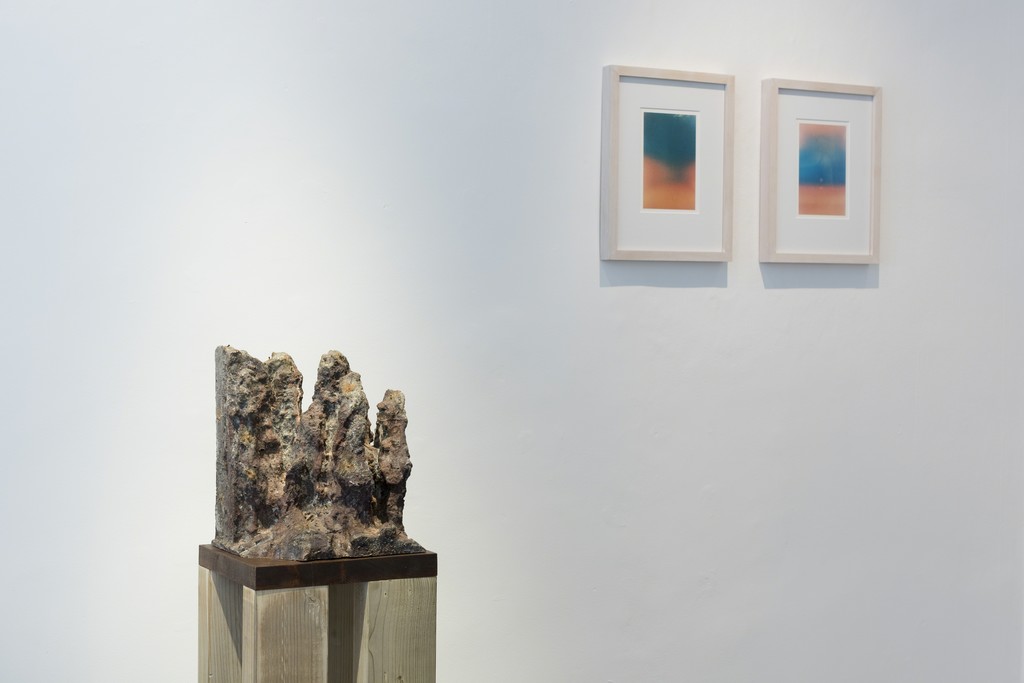 LAMB Arts presents “Impermanent Indelible“, a solo show by London born artist James Hillman (b.1992), featuring recent works created at the Billingbear Residency in May 2015. In this body of work, the natural processes of layering and erosion are mimicked and applied to create paintings, photographs and sculptures that pay homage to the impermanence of seemingly permanent things. The work also utilises elements of myth to dislocate it from specific time and place, plunging it into a broader, non-linear space.
Having recently travelled to Nepal, the four plaster, cement and bronze sculptures dubbed ‘Himalaya Range’ were created as odes to the processes behind mountain formations. The violent creation of these silent and gigantic mountains is especially evidenced during seismic activities such as the recent and devastating earthquake that has hit the Kathmandu Valley, a reminder that even the most immutable objects are in a constant state of change, forming and de-forming. The painted white ladders added to one sculpture reference a funeral tradition for those who have died mountainside, a visible route for their soul’s ascension.

Like the sculptures, which have later been cast into solid forms, the site-specific work, ‘Entropy‘, has been constructed in sand, compressed into box moulds and then eroded with water. The form of the installation derives from its support, as the dimensions of the plinths dictate the proportions of the sand moulds. At the base of the sculptures, sand pools and collects - foreshadowing its dissolution and evidencing its previous state.
In the bronze series ‘Hermes Trismegistus’, there is also a reminder that matter is not lost but only reorganized, as the traditional bronze casting method used recycles its materials back into its own process. The electrolysation of the bronzes quickens their aging, mimicking objects long submerged in antiquity and then re-surfaced. The title ‘Hermes Trismegistus’, referring to an ancient Greek philosopher and alchemist, connects the bronzes and their transformation to the alchemic desire to go beyond the apparent solidity of material.

Like the sculptures, the paintings are dictated by their supports, the stretcher bars being placed in direct contact with the canvas, allowing their form to serve as frameworks for a study of colour. The process of the paintings is another reflection of cyclical formation, being made through hundreds of layers - they develop their own sense of history. The canvas remembers every layer, as its un-primed characteristics allow for a near indelible staining. Yet one day, all these materials will, like all matter, diffuse and transform into other states.
The photographs arise from unfocused and overexposed films taken on analogue cameras, a process from which only a few serendipitous exceptions survive. These are the images that are then exhibited - a celebration of the unpredictability of this cycle of impermanence.