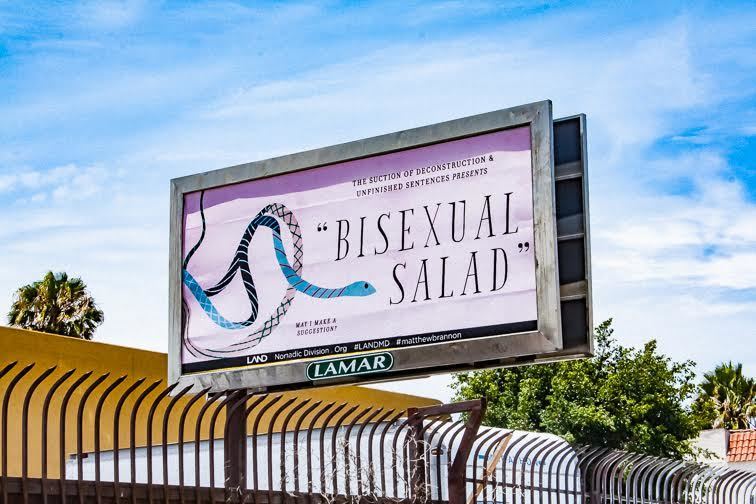 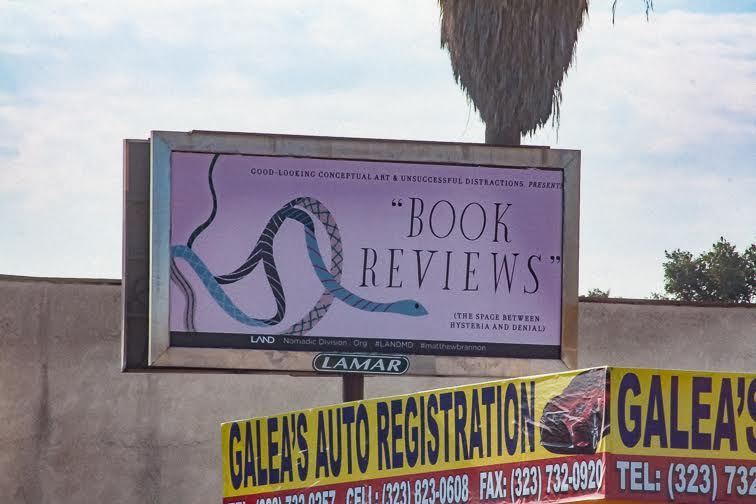 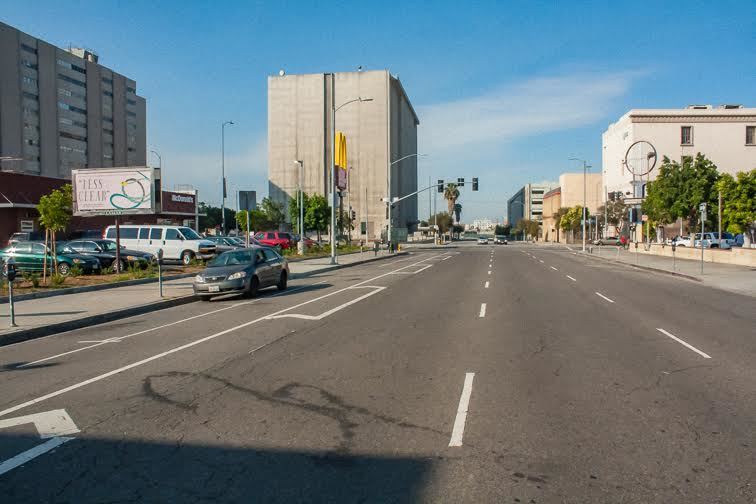 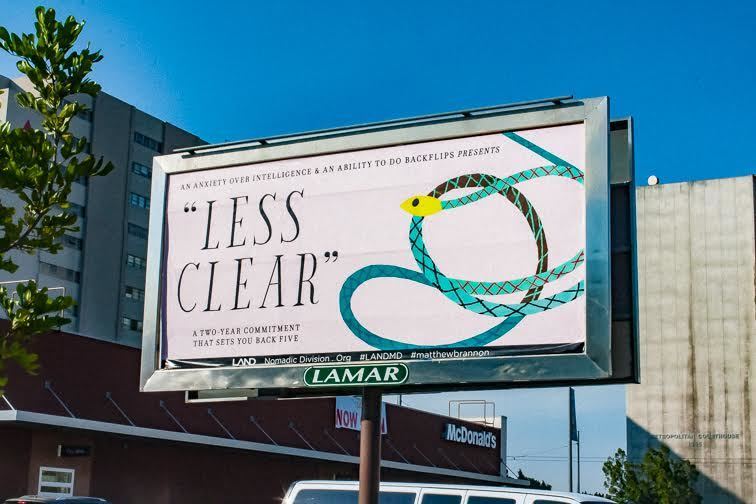 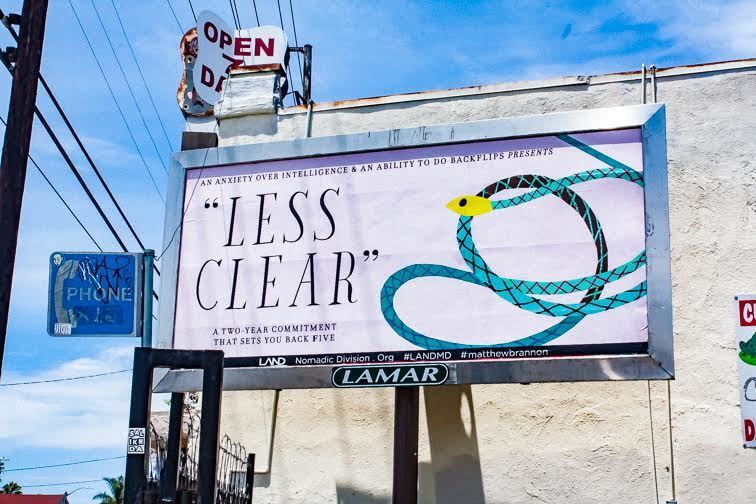 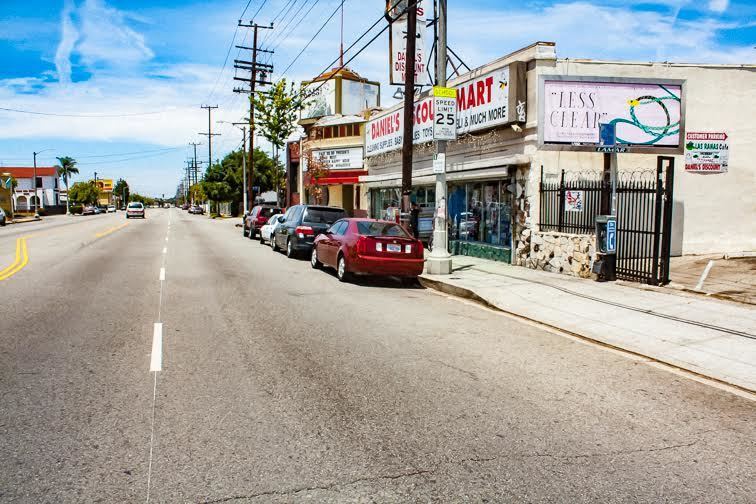 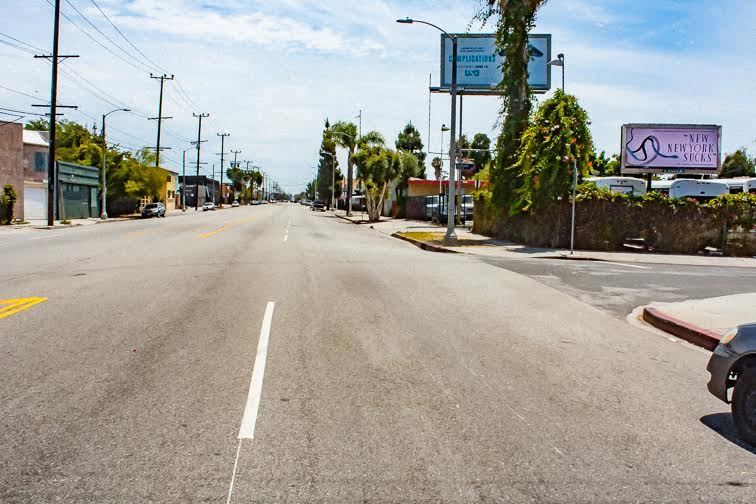 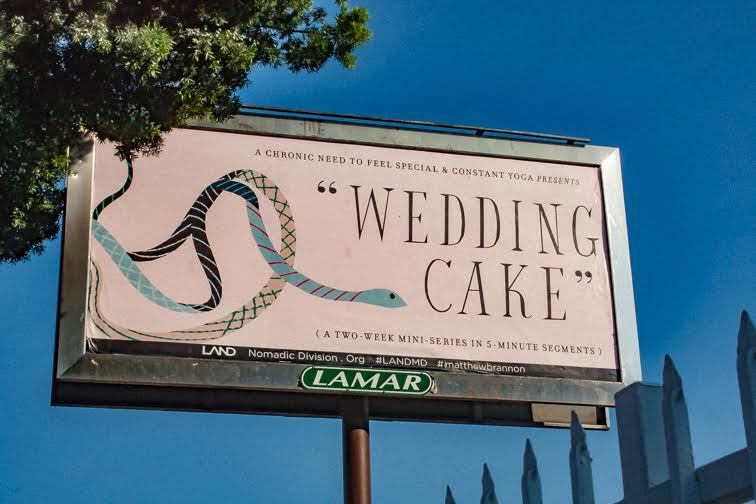 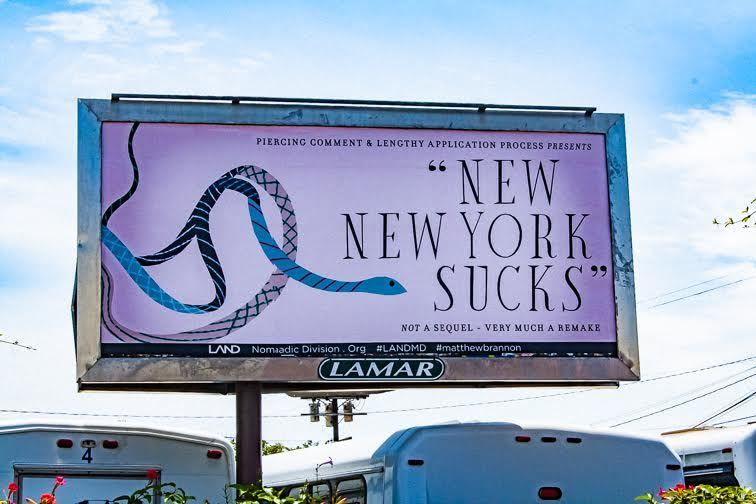 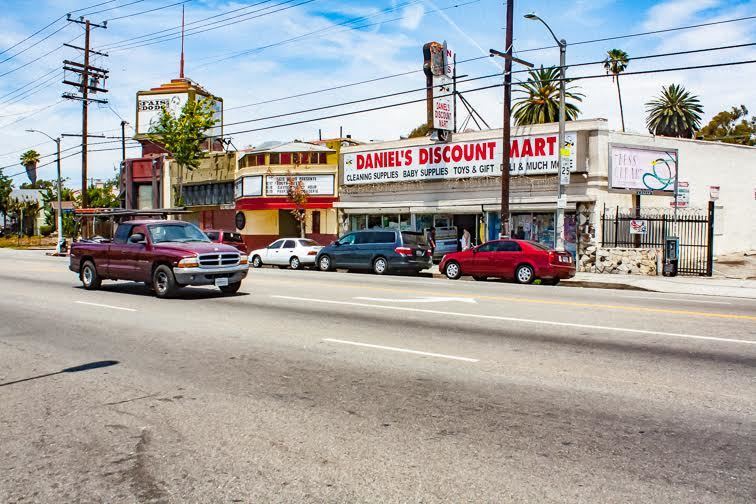 Matthew Brannon’s series of billboards, entitled Certain Snakes, subverts the traditional strategies of advertisement commonly employed on billboards (scale of text, consistency of font, color, and motif). In each, he suggests the announcement for a new film, television show, or mini-series, while using absurd circuitous language for these non-existent works. At first glance, the content is camouflaged by the visual legitimacy of the scale and layout, though in attempting to decipher these ads, the viewer is thwarted: endless possibilities of interpretation can be generated. This approach is characteristic of Brannon’s work, which is often based upon literary theory and the confusion of advertising/design tropes.

As the final chapter of the two-year cross-country journey westward, Brannon’s billboards play on the disillusionment of hopes and dreams associated with heading west, particularly to Los Angeles. In reality, the fantasy of this city becomes ever more opaque and intangible.