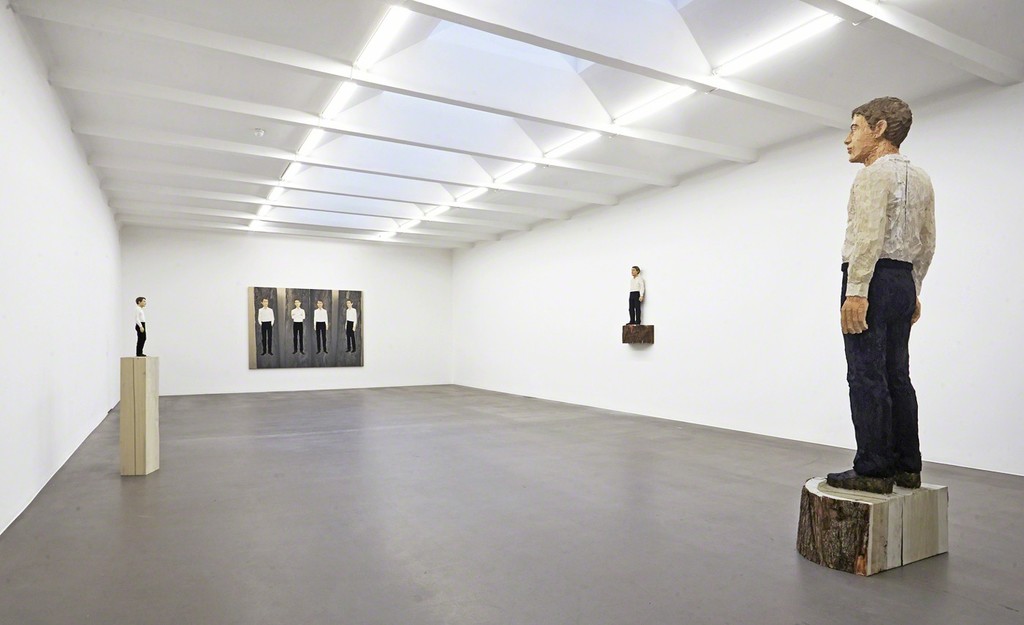 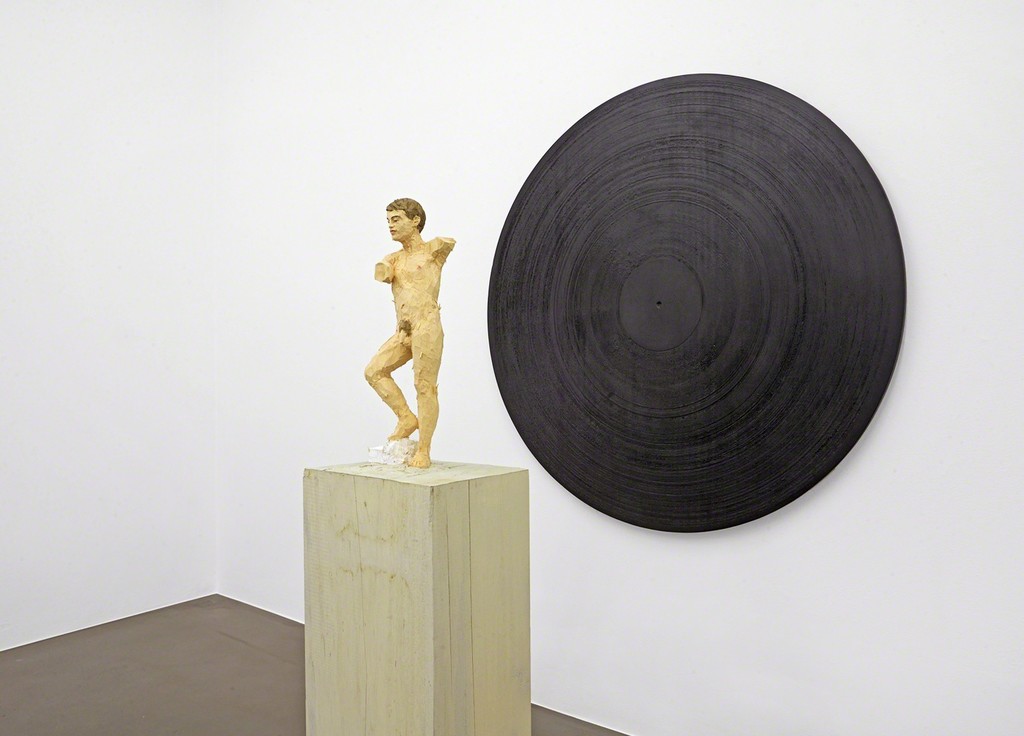 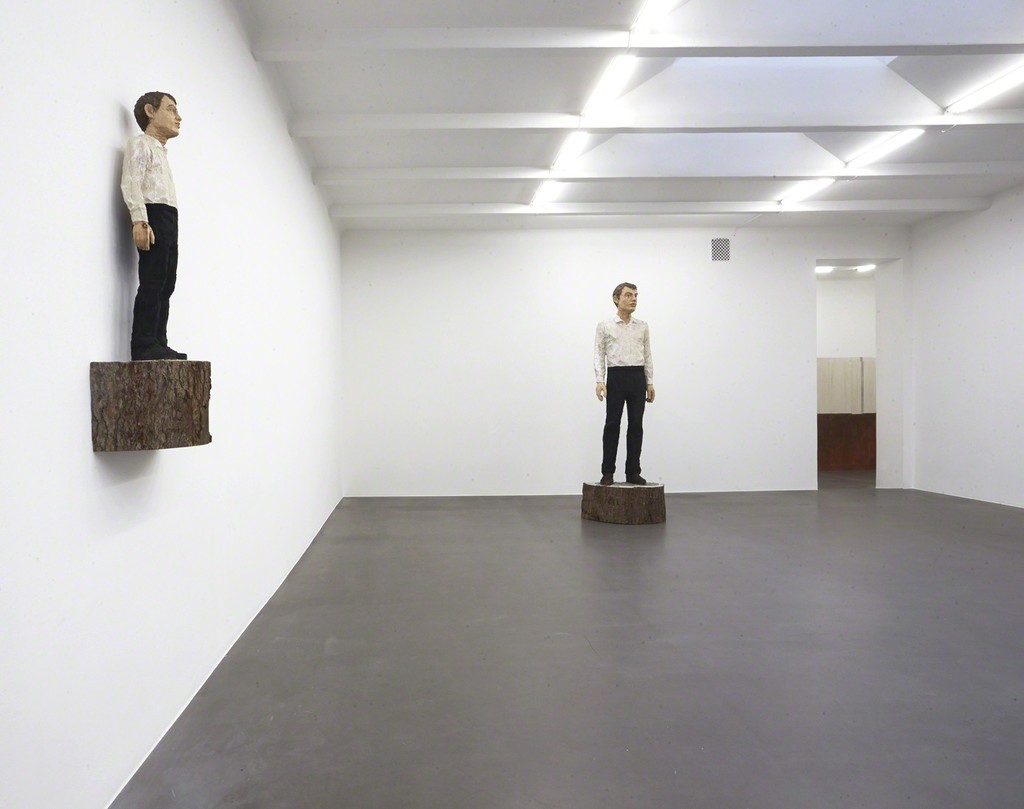 It is with great pleasure we present a solo exhibition with a series of new works by the German sculptor Stephan Balkenhol.

The works of Stephan Balkenhol relate to a long tradition of three-dimensional art. He studied under Ulrich Rüchriem and found his own sculptural language in contrast to both the minimalist tradition as well as the history of the earlier figurative sculptures. With traditional utensils as hammer and chisel seemingly ordinary men and women take shape out of large blocks of wood. With a refined stillness and an utterly disarming lack of provocation, Balkenhol lets his figures climb up on the pedestals.

Balkenhol’s carved men and women carry ordinary clothes and the artist does not reveal anything about the figures’ roles, he leaves them completely without professional references, social status or function in society. Balkenhol’s figures do not tell any stories, they do not tell us where they are coming from, nor to where they are heading. Yet, the figures feel familiar and the notion of resemblance grow out of the own references that are mirrored in the plain faces of the men and women. Balkenhol succeeds in creating magic out of the common. Because it is in the ordinary and common where magic can grow, where there is room for thoughts and the viewer is given the opportunity to fill the works with meaning.

Balkenhol did his first figurative sculptures in the early 80’s. Since then they have differed in size, from the delicate and small to the large and public. In soft wood, like wawa or poplar, the figures find their shape and they are being left with clear marks from the chisel and the physical presence of the artist. To begin with, the figures posed alone, later they were accompanied by different animals and lately the artist started incorporating architectural elements in his works.

Stephan Balkenhol was born in Fritzlar, Hessen in Germany in 1957. He lives and works in Meisenthal, France and Karlsruhe, Germany, where he is also professor at the Akademie der Bildenden Künste. Balkenhol received his artistic training at Hochschule für Bildende Künste in Hamburg.

He has had numerous solo- and group shows around the world, amongst the latter can be mentioned