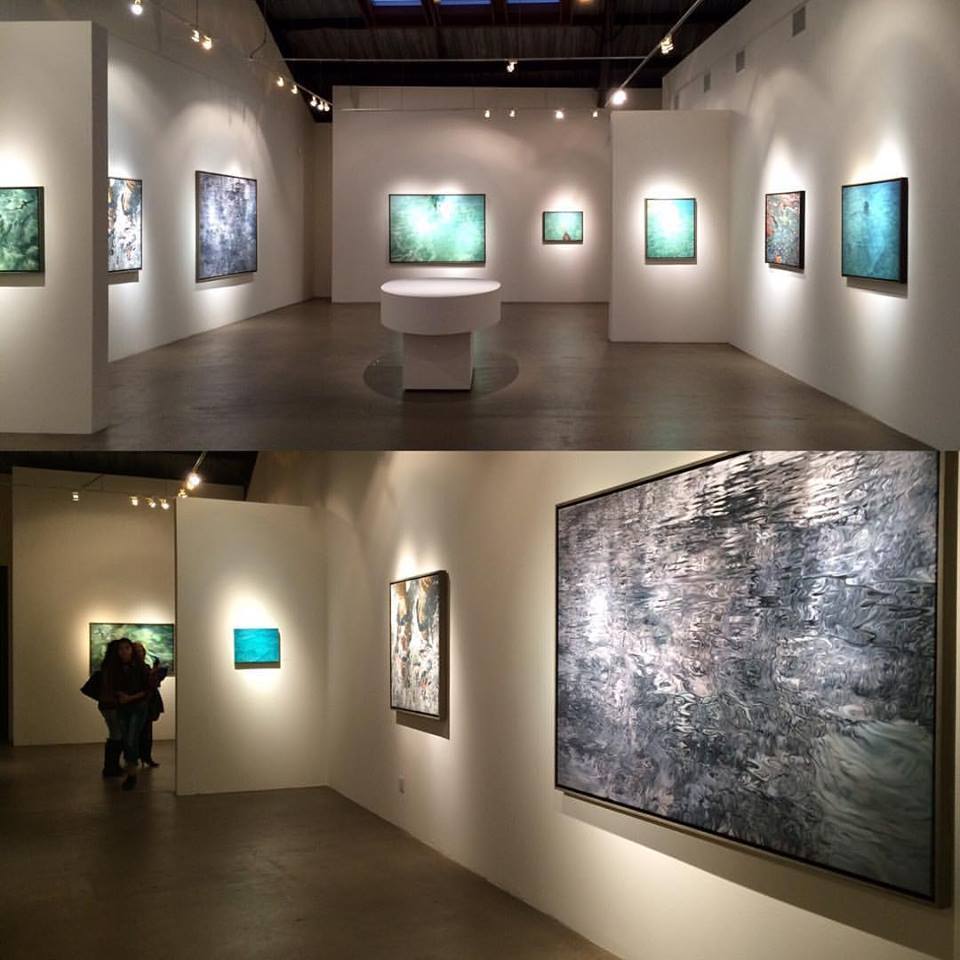 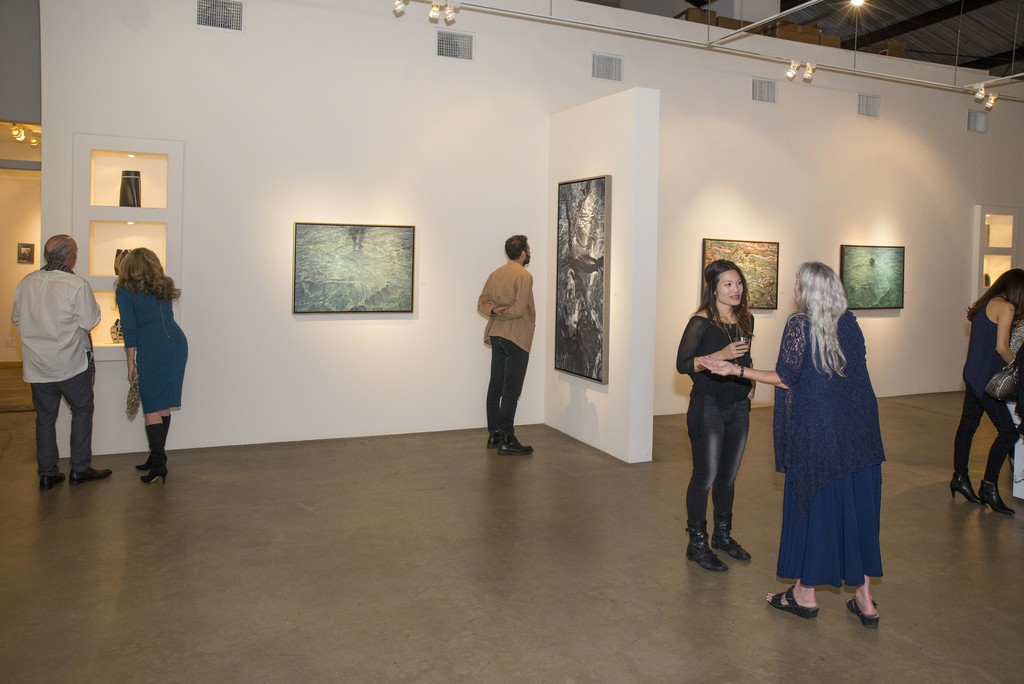 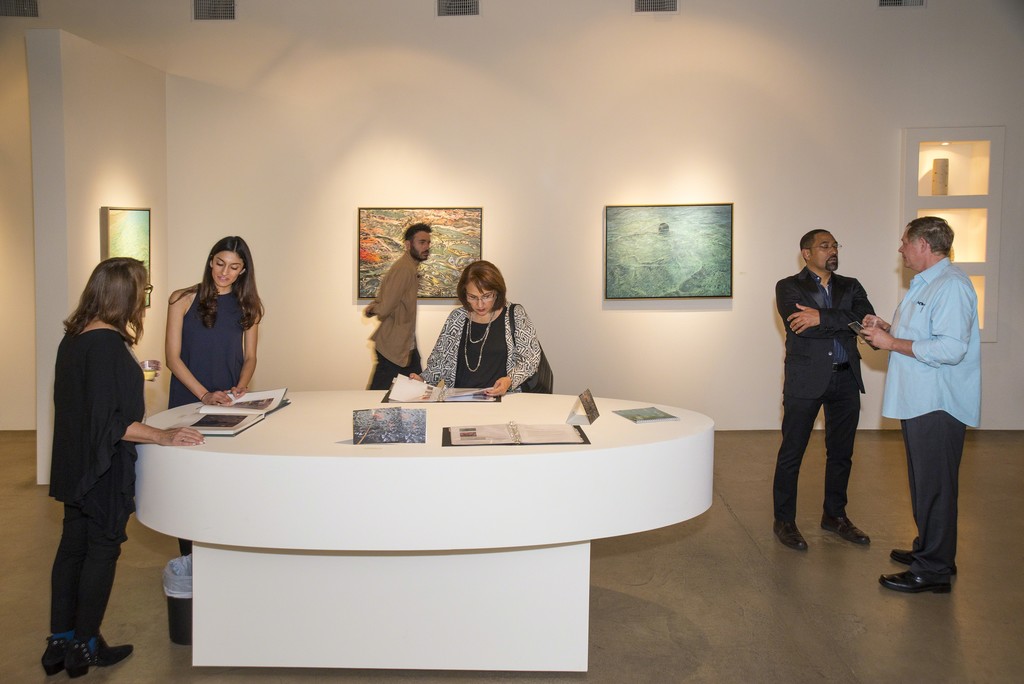 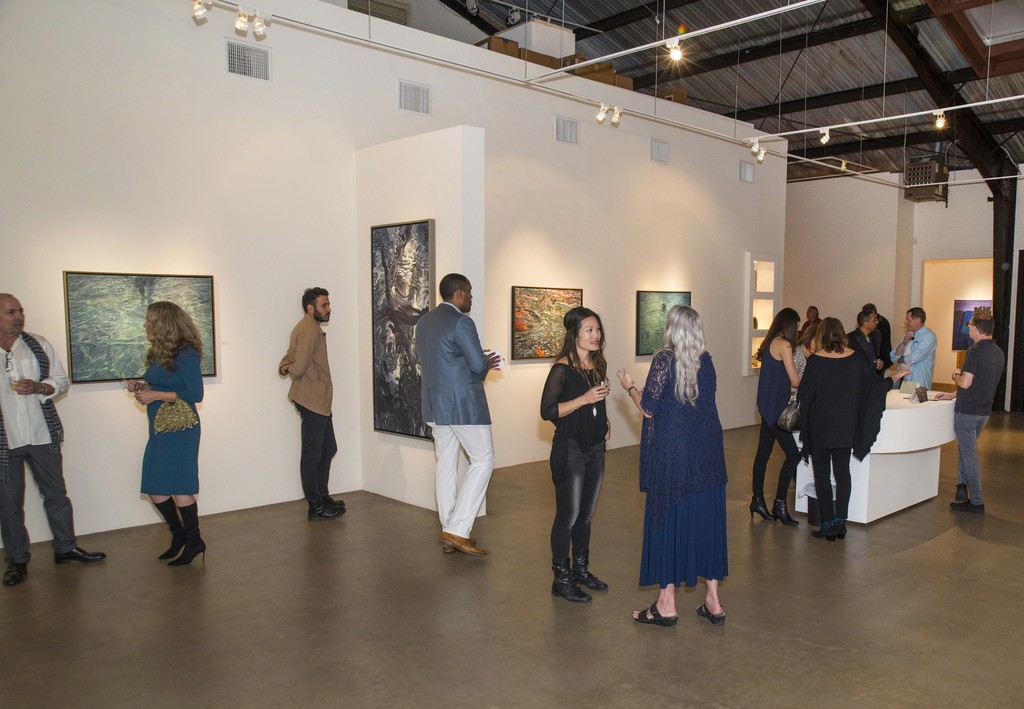 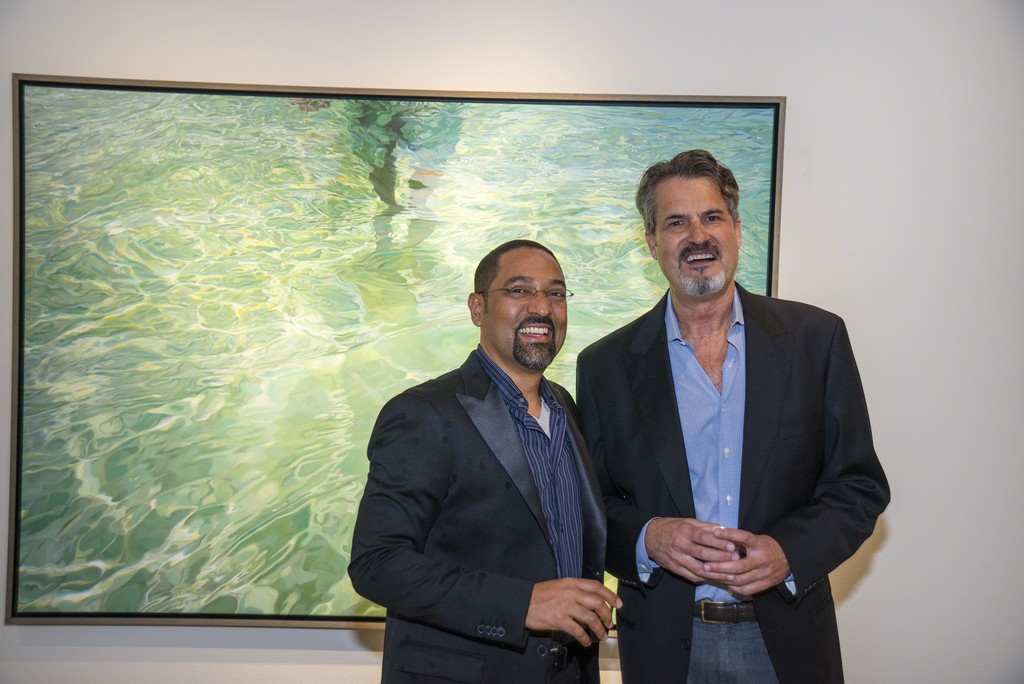 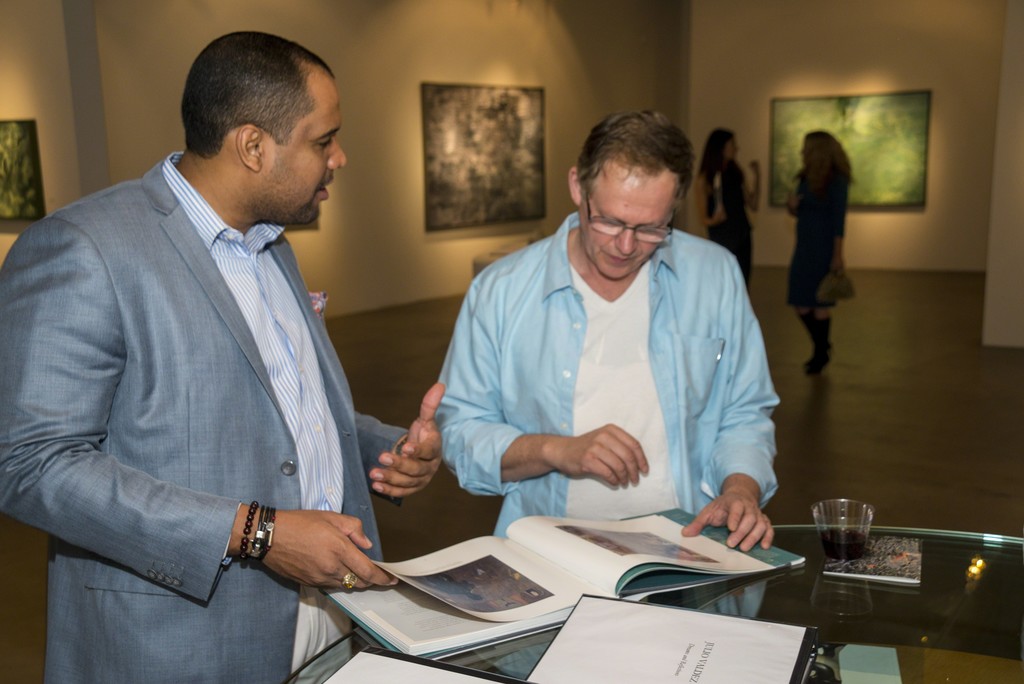 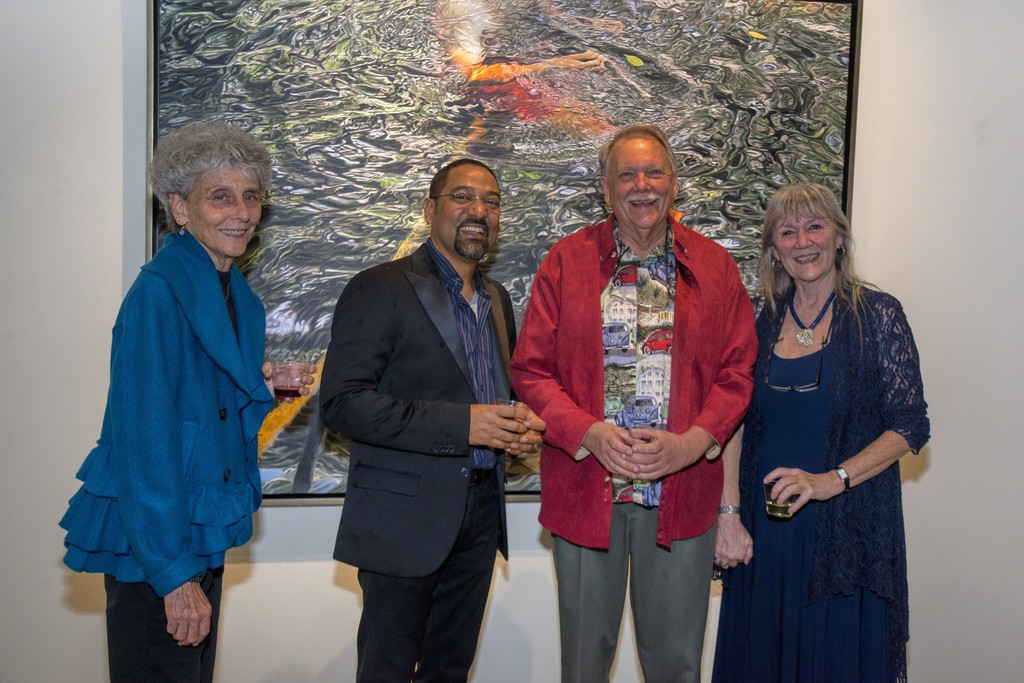 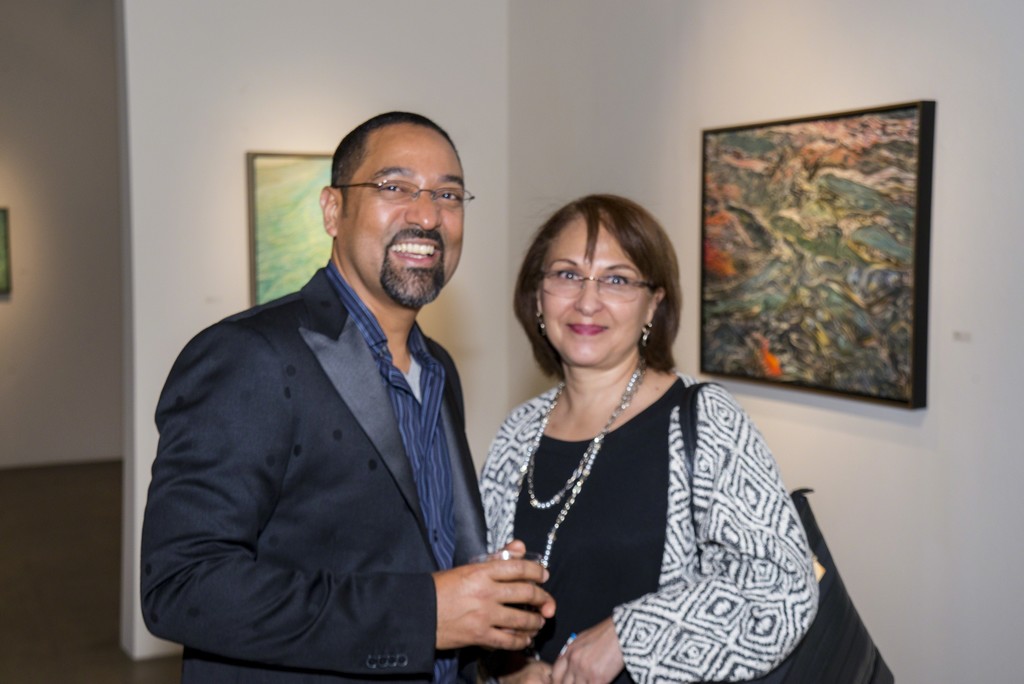 Julio Valdez’s new exhibition, Dreams and Reflections, takes its title from Carl Jung’s memoir Memories, Dreams, Reflections. Valdez’s use of “reflection” has multiple meanings. These works explore observable phenomena, such as the reflection of light on water, while simultaneously reflecting an inner world informed by the artist’s personal and collective history.

Valdez’s new paintings were made over the past three years. They are inspired by Valdez’s varied travels, including a visit to the Celestún Biosphere Reserve in Mexico’s Yucatan Peninsula. Among the exhibition’s highlights is Celestún II, depicting a diver submerged beside the anchor line of an unseen boat. The anchor line disappears into the ocean's depths, far below the diver’s refracted image. The painting’s tensions resonate in the disappearing anchor line, the instability of the diver’s image and a sense of isolation and vulnerability reinforced by the unseen boat.

Julio Valdez is a past recipient of the Artist in Resident Fellowship from the Studio Museum of Harlem, New York. In 2003 he received the New York Foundation for the Arts Fellowship and held a solo exhibition at the Organization of American States Museum, Washington, D.C. In 2007, Valdez received a National Academy of Arts Fellowship. His work is included in many public collections, including El Museo del Barrio, New York; Los Angeles County Museum of Art (LACMA), Los Angeles; The Museum of Latin American Art (MOLA), Long Beach; and the Santa Barbara Museum of Art; Santa Barbara.