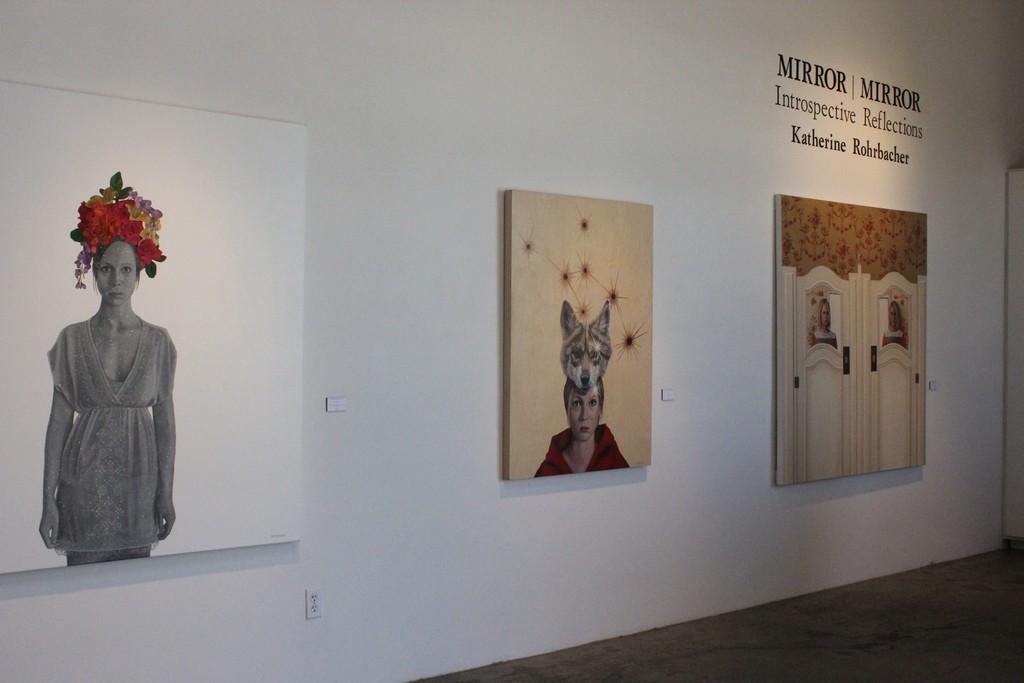 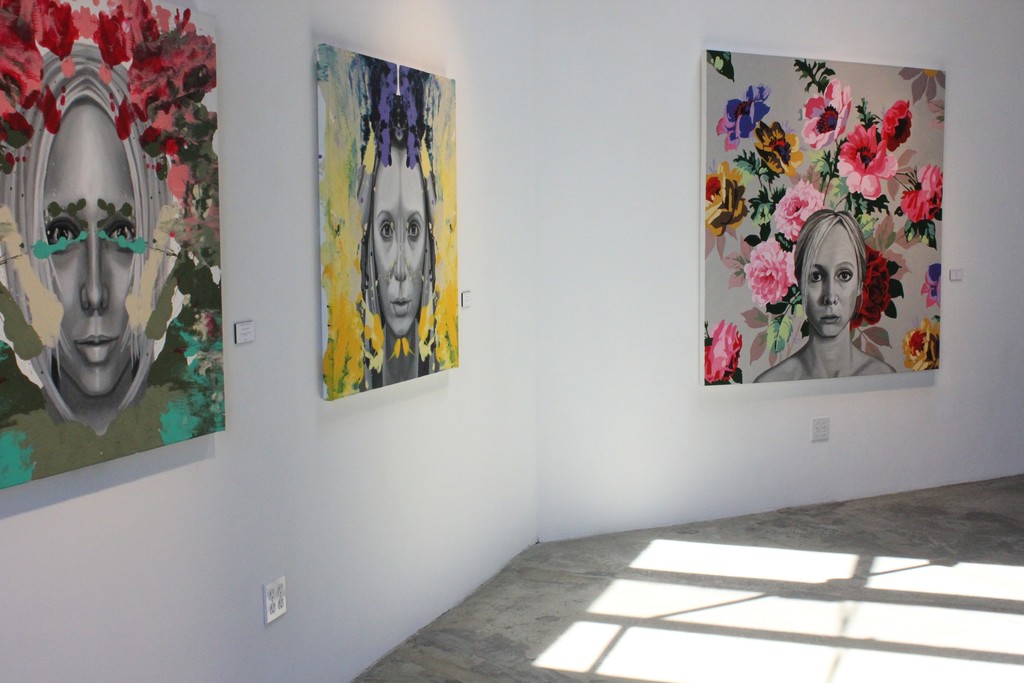 Laura Korman Gallery is proud to feature artist Katherine Rohrbacher in the gallery’s opening exhibition, MIRROR | MIRROR: Introspective Reflections. The exhibition is on view from May 2 through September 19, 2015 with a public reception on Saturday, September 5, 5-8 p.m.

Los Angeles based artist Katherine Rohrbacher’s current body of self-portraiture balances dual elements of whimsy and foreboding. Drawing imagery from fairy tales such as “Alice in Wonderland” and animal folklore, Rohrbacher inserts herself as subject as well as artist of her own personal myth. Overlayed with glitter amidst flourishes of ornate damask and floral patterns reminiscent of vintage wallpapers, Rohrbacher’s portraits lead viewers on a tour of different facets of her identity. Color and pattern serve as vehicles of communication for vignettes of thoughts, memories, and experiences - a great source of which is Rohrbacher’s own daily experience with lupus, the commonly described “invisible disease.”

In works such as “Lupine Reflection,” Rohrbacher portrays herself in black and white, faded within a sea of colorful floral wallpaper while wearing the mask of a wolf. The wolf appears in several of her works - making reference to the original Latin roots for “lupus,” as the wolf's bite was once thought to be the harbinger of the disease. In other works, such as “Tweedle Dee, Tweedle Dum,” Rohrbacher addresses the split nature of self. Reminiscent of Frida Kahlo’s double self portrait, “Two Fridas,” both faces look outward from the reflection of two swinging mirrored doors, each facing the other as though in conversation.

MIRROR | MIRROR explores the power of perception, using motifs of fantasy and reality to illustrate the indistinct line between one’s self and one’s public persona. As Pablo Picasso was once quoted, “Who sees the human face correctly: the photographer, the mirror, or the painter?” So too does Rohrbacher pose the question of what it means to create a truly accurate self-portrayal.

Katherine Rohrbacher received her BFA in 2005 from The School of the Art Institute of Chicago, with a concentration in painting. She earned her MFA in 2009 from the Hoffberger School of Painting at the Maryland Institute College of Art where she studied under the late Grace Hartigan, artists Joyce Kozloff and Timothy App and NYC art critic Dominique Nahas. Rohrbacher received a painting fellowship at the Vermont Studio Center and is a member of the Los Angeles Art Association.