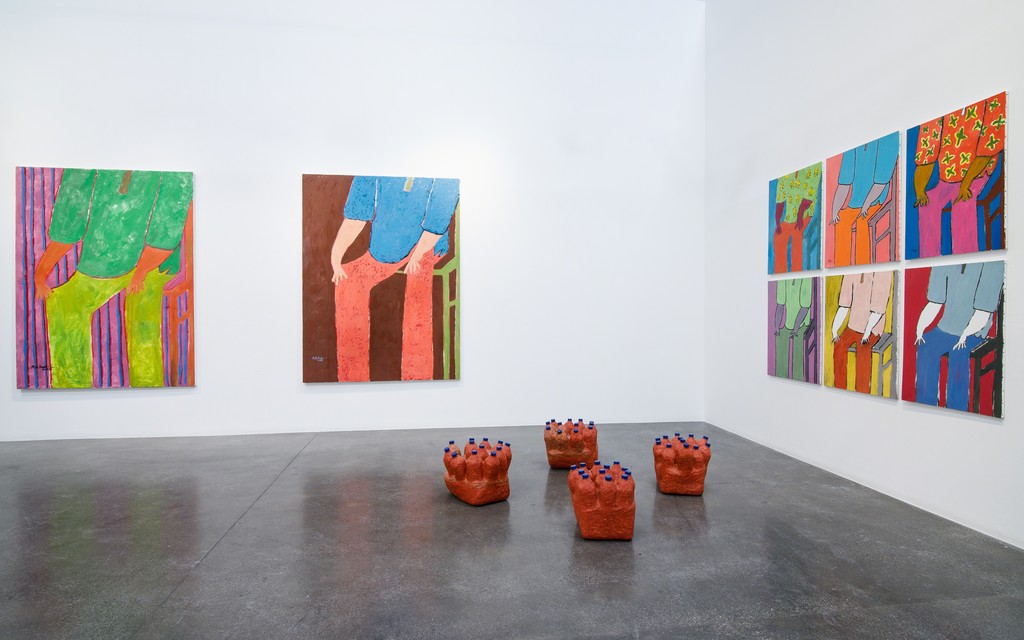 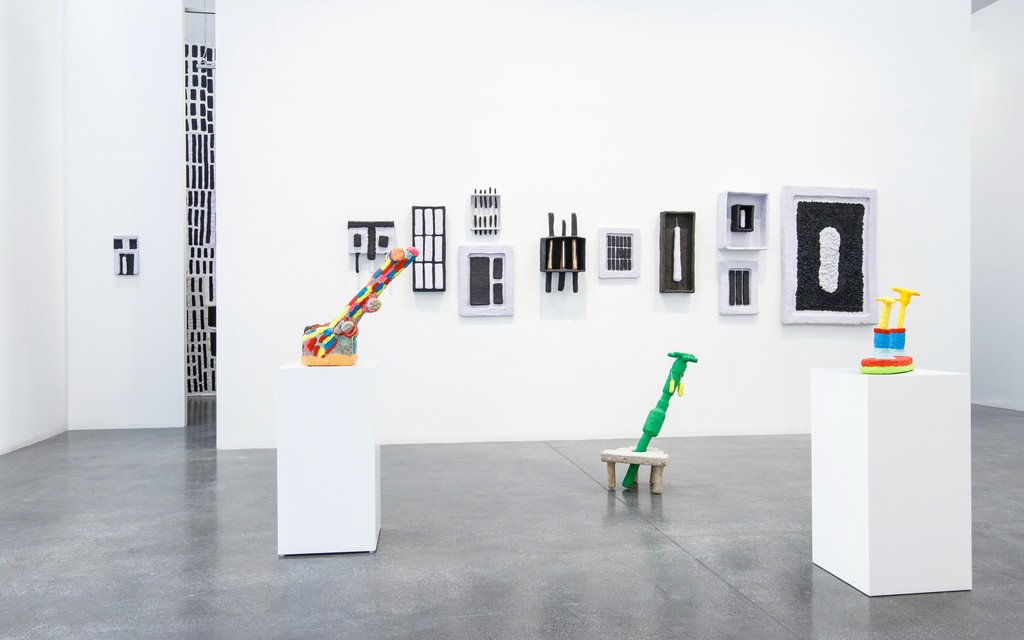 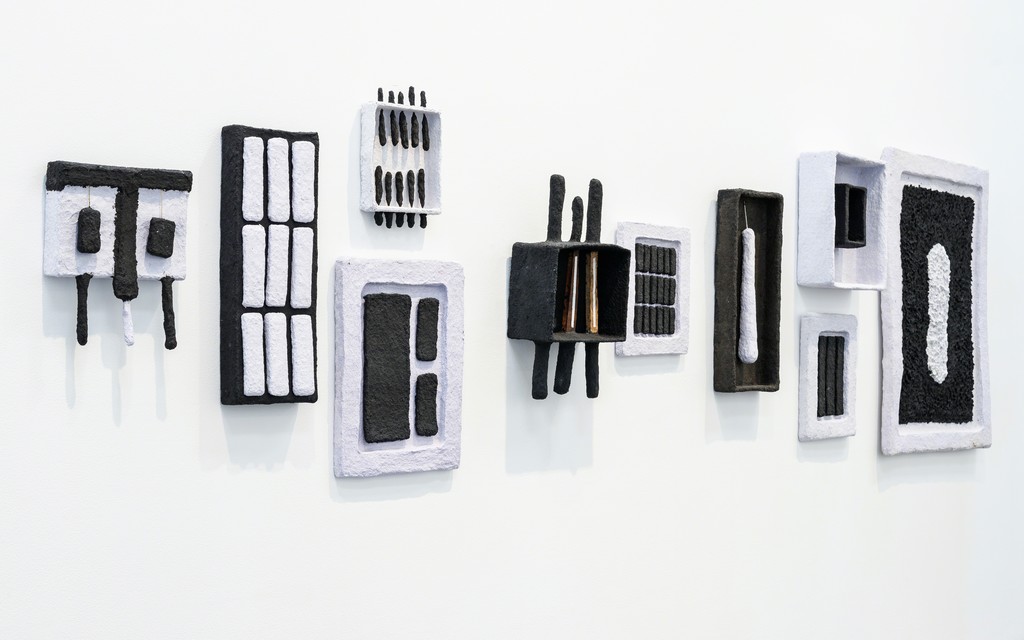 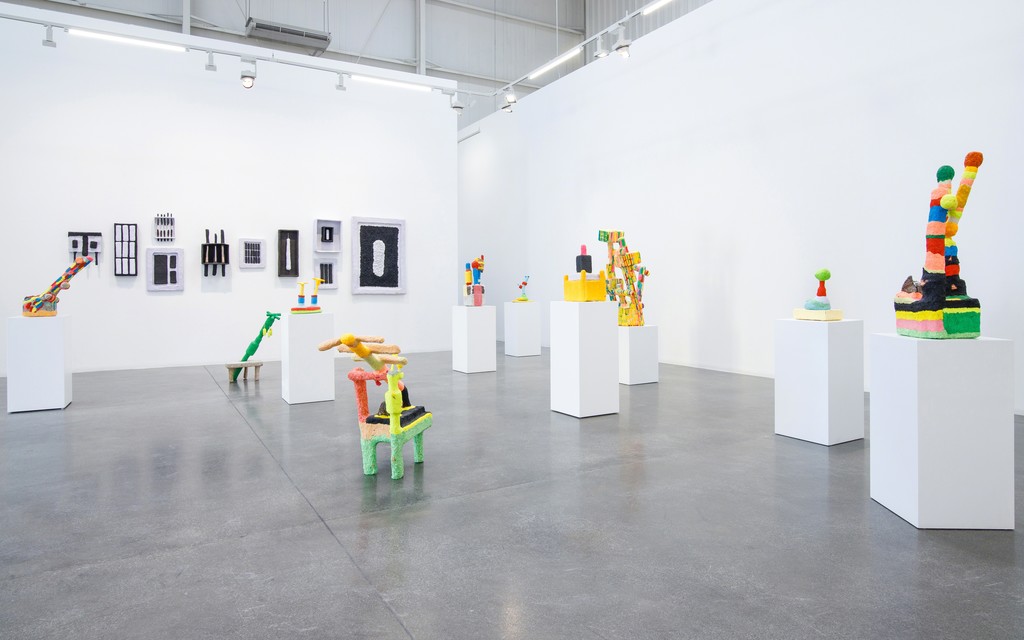 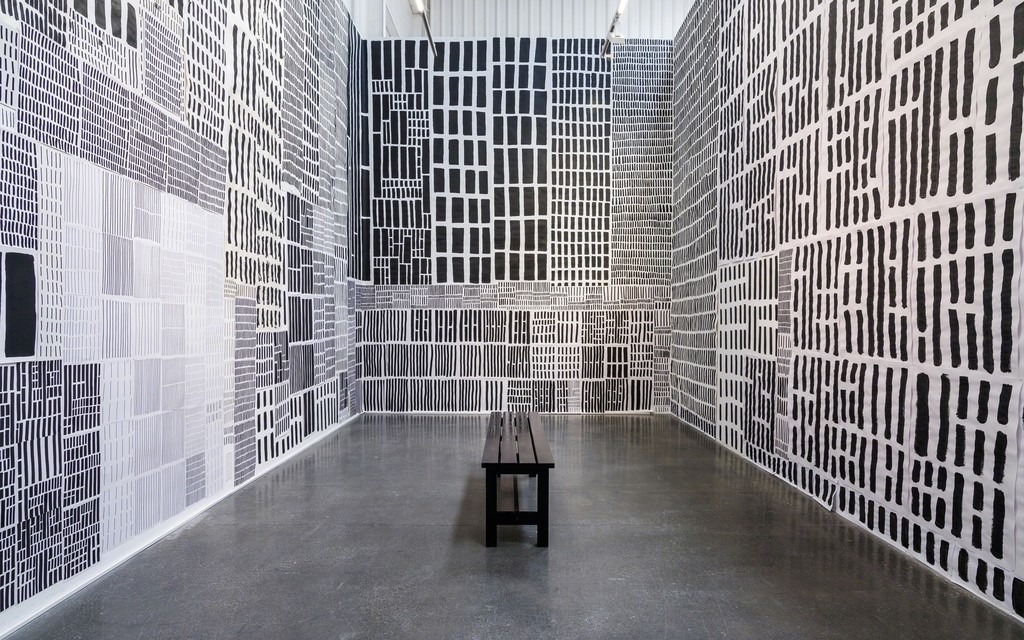 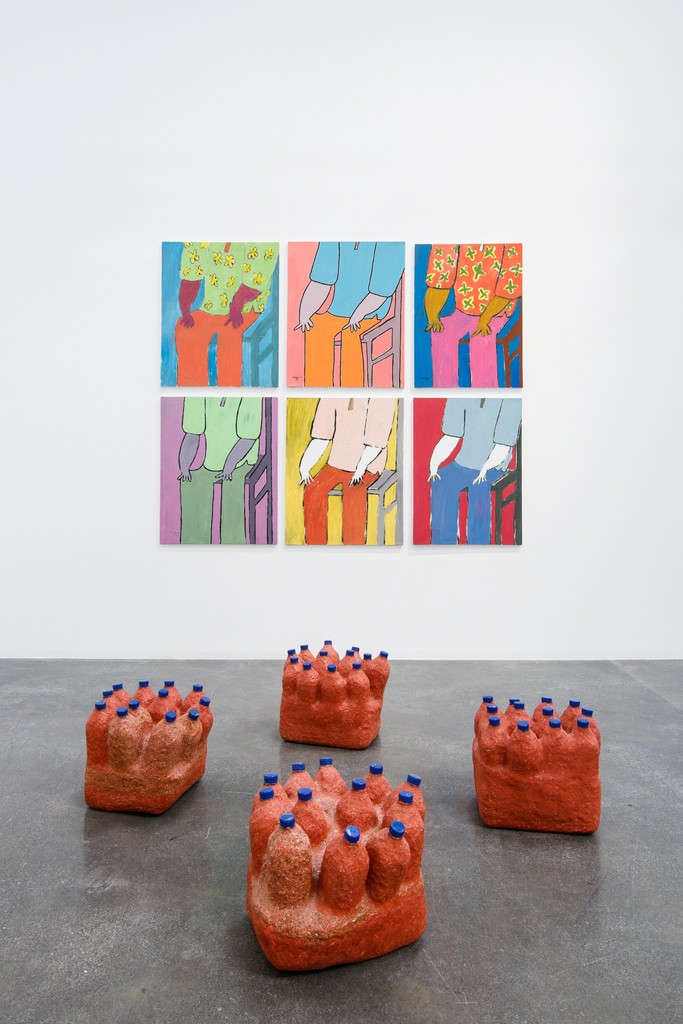 Ibrahim is part of the UAE’s first generation of contemporary artists from the 1980s and one of “the five” - a signature given to five conceptual artists who formed The Flying House collective and who include the late Hassan Sharif, Hussain Sharif, Abdullah Al Saadi and Mohamed Kazem. Always based in Khorfakkan, a rambling coastal town surrounded by the rocky Hajar Mountain range, this deep connection to his local environment repeats itself throughout his practice and the materials he has worked with for over three decades. His choice of material are rudimentary and local – rock, copper wire, earth, clay, discarded plastic bottles and waste paper – as, too, are his forms and colours.

The exhibition revolves around a large group of irregular-shaped sculptures that dominate the gallery floor space. Some resemble pylons or scaffolding, others toys, animals, trees and fruit. The brightly coloured papier-mâché sculptures are made of natural paper pigments combined by the artist, their vivid repeated lines of colour consistent with the obsessive mark-making of his practice, whilst the shapes reflect the natural formations of his domestic landscape. His choice of vibrant and at times garish colour combinations seek to capture the “explosion in his eyes” he experienced when he first saw the sunset – until that moment life between the Hajar Mountains had obstructed its view.

Black and white papier-mâché architectonic works, part painting, part sculpture, part collage, line one of the gallery’s walls a series first shown at his survey at Sharjah Art Foundation in 2018. Drawing from Ibrahim’s two-dimensional Lines series (drawings of black or white lines that are reminiscent of ancient cave markings) these peculiar pieces have a primordial quality to them – a grouping of hand-molded oblong shapes wedged with blocks, slivers or bodies of paper hanging from strings. At times minimal, at times complex, the works play with notions of multiplicity and division.

On the other walls are groups of Sitting Man portraits, an intriguing series in different sizes and colours in which the head of the sitter is always cropped, moving the focus instead to the bodily posture and clothing. The image was originally taken from a photograph of his friend, the late artist Hassan Sharif, Ibrahim’s mentor and pioneer of conceptual art in the UAE.

Mohamed Ahmed Ibrahim’s modest structures explore his deep fascination with memory, imagery and ways of seeing and experiencing the environment. Consequently ‘the space between the eyelid and the eyeball’ is the place where forms and shapes reside even with closed eyes. Ibrahim’s art comes from both his personal experiences and the kind of innate memory found in our DNA, which he describes as a “primitive urge.