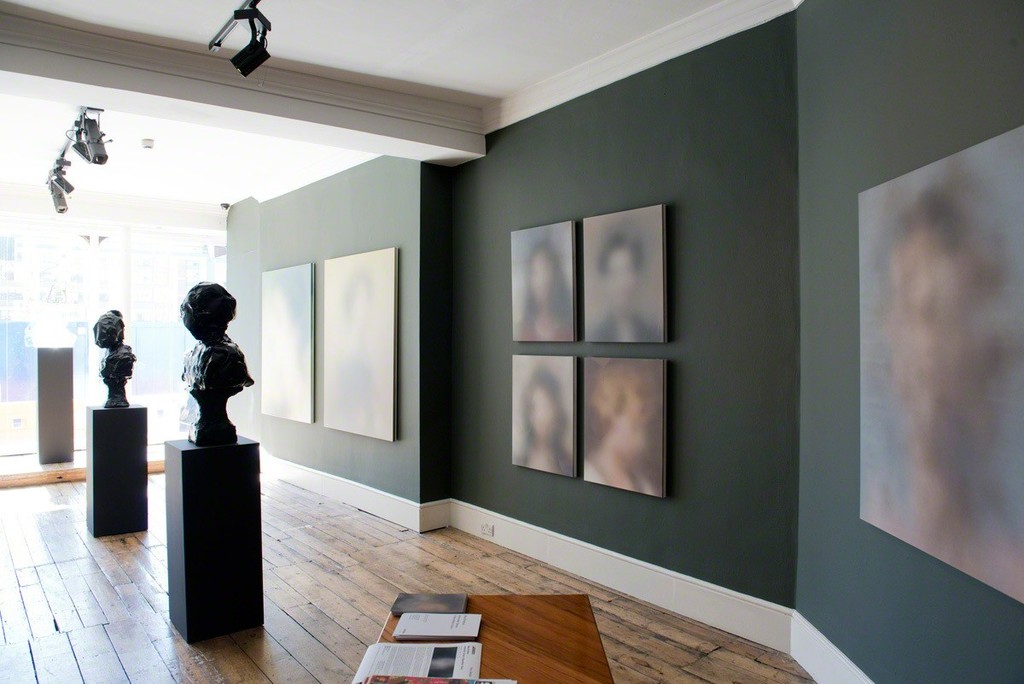 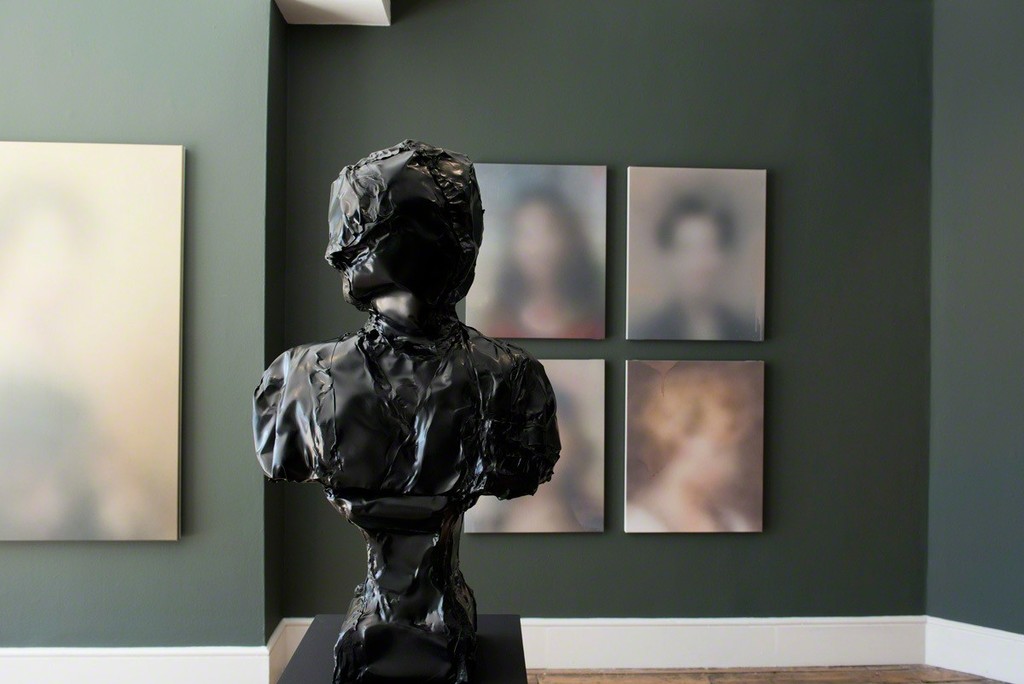 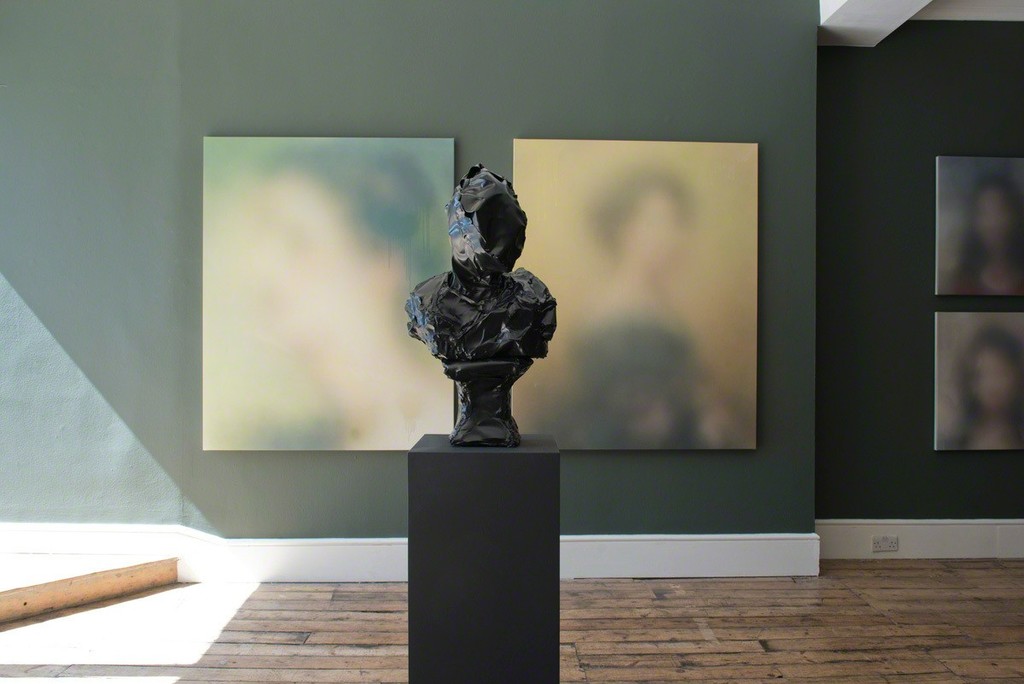 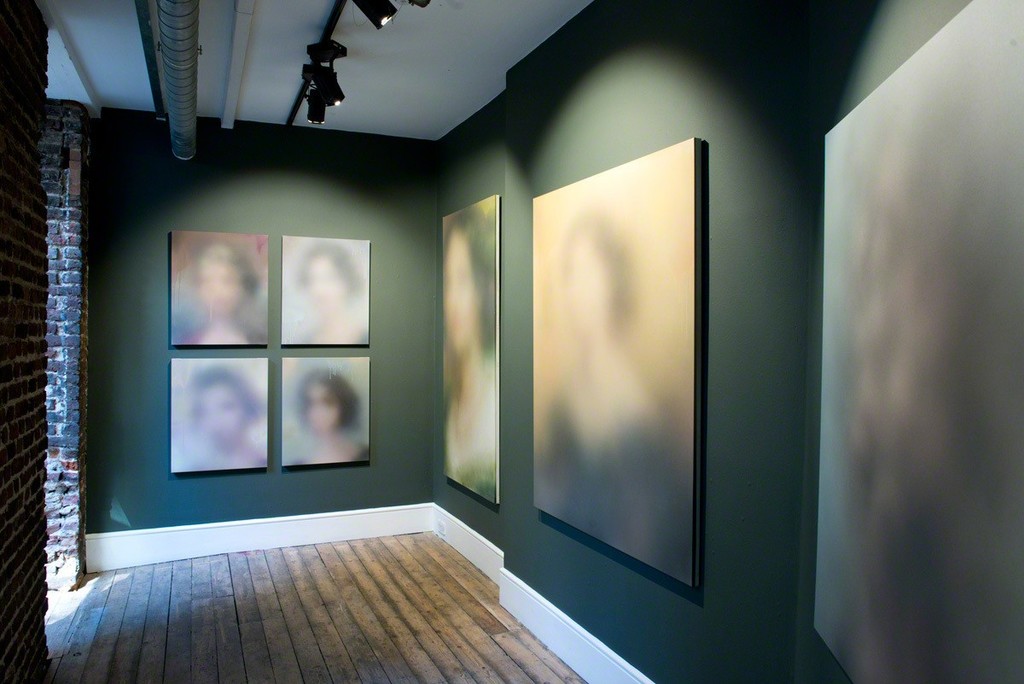 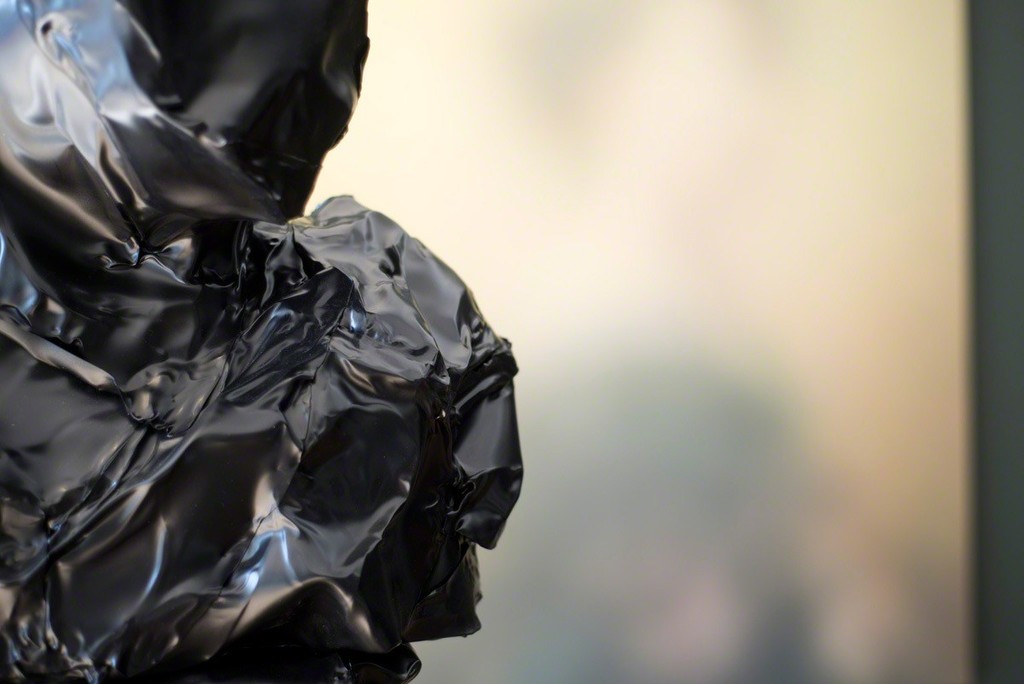 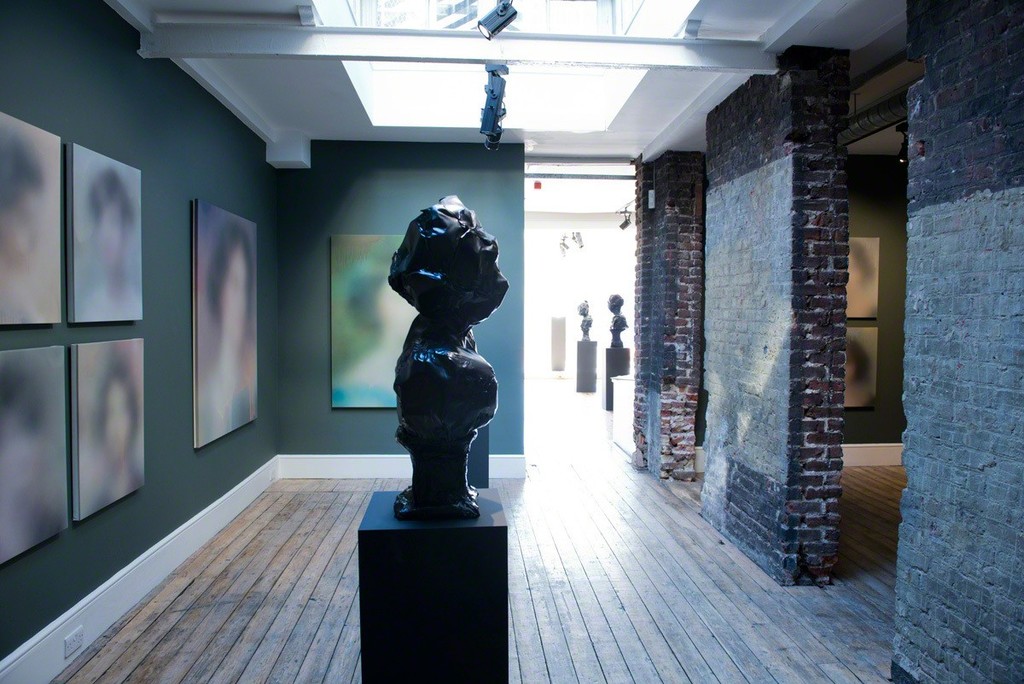 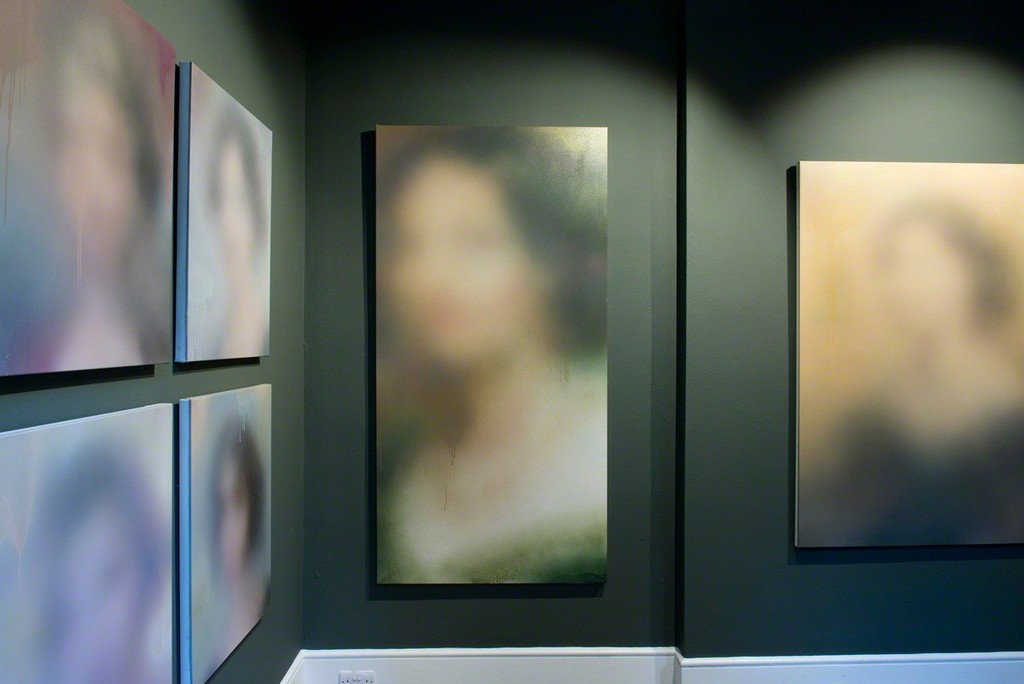 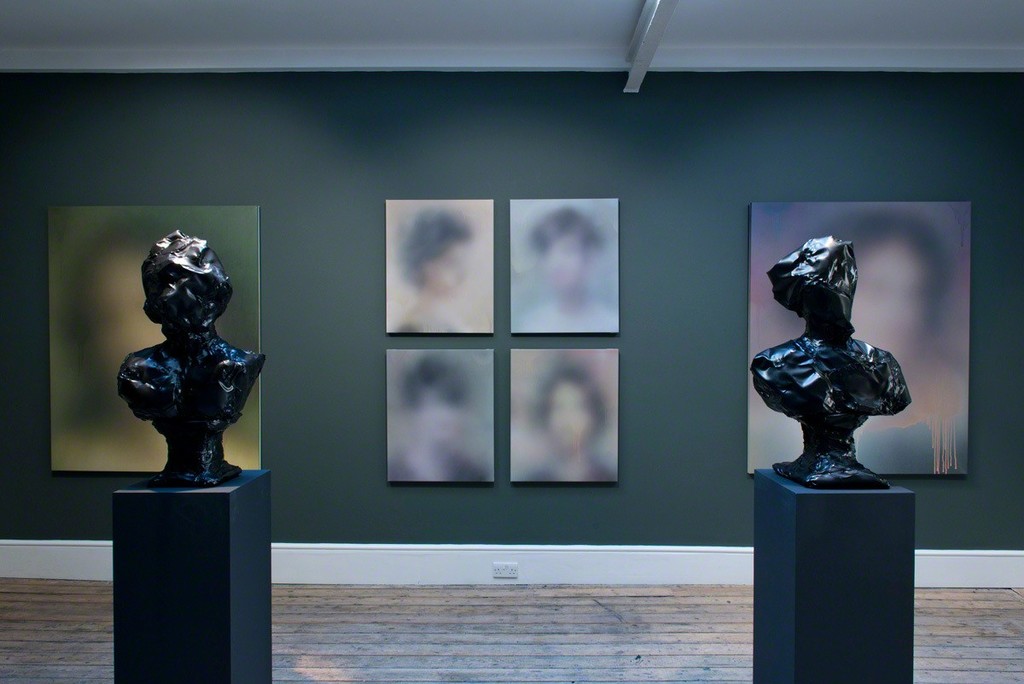 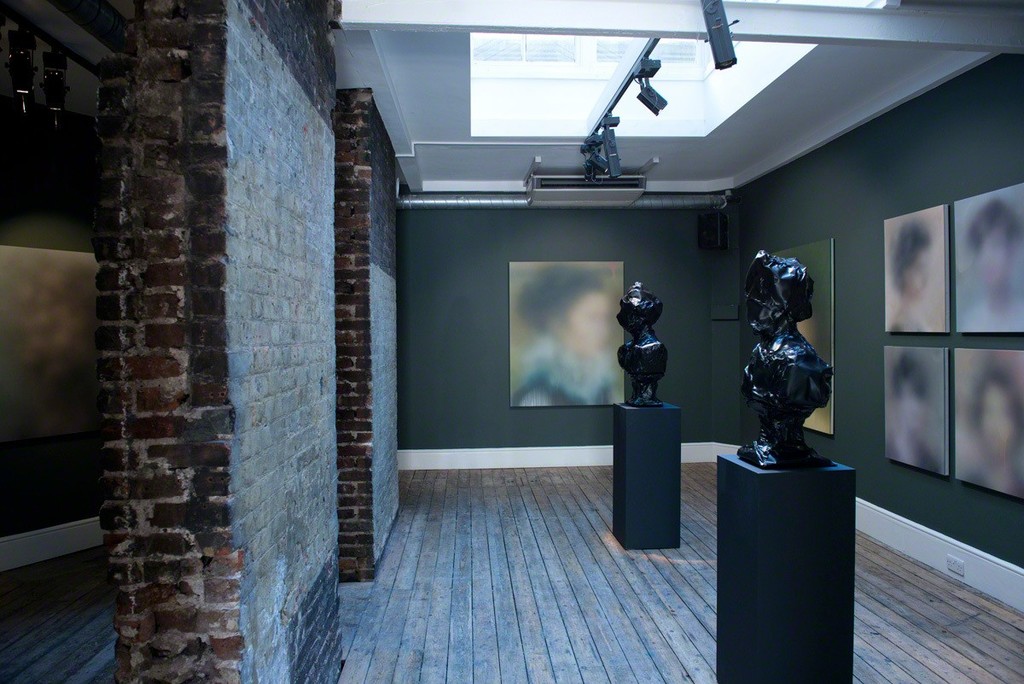 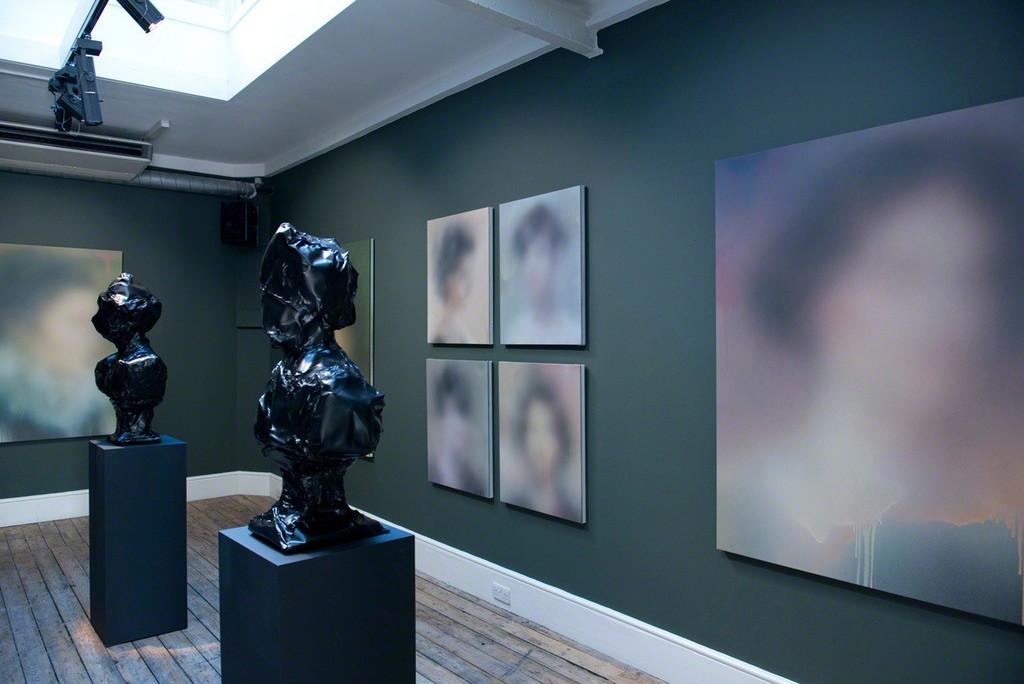 “We are interested in the ‘perception’ and not the ‘representation’ – a direct relationship with the senses and the capacity of the self when faced with the elaborate influx of information that nowadays is becoming more and more important.” - Miaz Brothers, 2014

Lazarides Rathbone is pleased to present a new exhibition of contemporary portraiture by the Miaz Brothers. Antimatter Series: A Boundless Vision is comprised of an all-female body of work, marking a brief departure from the Italian duo’s previously male dominated canvases. The visceral series leads the viewer on a journey through multiple variations of perceiving the same subject, stretching processes of identification to achieve something not fixed and limited but boundless and personal.

The Miaz Brothers continue their multifaceted airbrushing technique by erasing all unnecessary detail to gain a flawless movement of infinite particles of colour, constructing complex compositions that are not instantly recognisable but become clearer from a distance. The large-scale works develop the artists’ ongoing interest in seventeenth-century renaissance painting, previously displayed in 2014’s Dematerialized: A New Contemporary Vision. Their lack of detail calls for attention as viewers find themselves scanning each delicately subdued face to place together the larger picture. The Miaz Brothers force the viewer to filter their awareness of what they automatically see and what they naturally perceive, making a nod towards the philosophical implications of beauty and the role of portraiture in modern society. The skilful series attempts to regain a consciousness of the subtle and spiritual qualities that constitute each portrait, paraphrasing an ideology in which still-frames and fragments of memory become clouded and in turn re-establish the subject’s truest form.

Alongside the gallery exhibition the Miaz Brothers will be giving an artist-led tour of the new works during SohoCreate Festival. Celebrating the most creative square mile in the world, SohoCreate runs from the 3rd - 7th June with the Miaz Brothers' Open House taking place at 2pm on Thursday 4th June // www.sohocreate.co.uk

Roberto and Renato aka the Miaz Brothers graduated from Milan IED College of Art and currently live and work in Valencia, Spain. Amongst their many accolades, the brothers were the winners of the prestigious International Arte Laguna Painting Prize in 2011 and recipients of the Amposta Museum of Contemporary Art International Biennial Prize, Barcelona, 2010. The Antimatter Series, as their recent body of work is known, incorporates a diverse and refreshing range of subjects. It includes portraits of their friends; their dear departed ghosts, philosophers, fashionable female Japanese adolescents, Old Masters from the era of the English Restoration and a new all-female renaissance series.