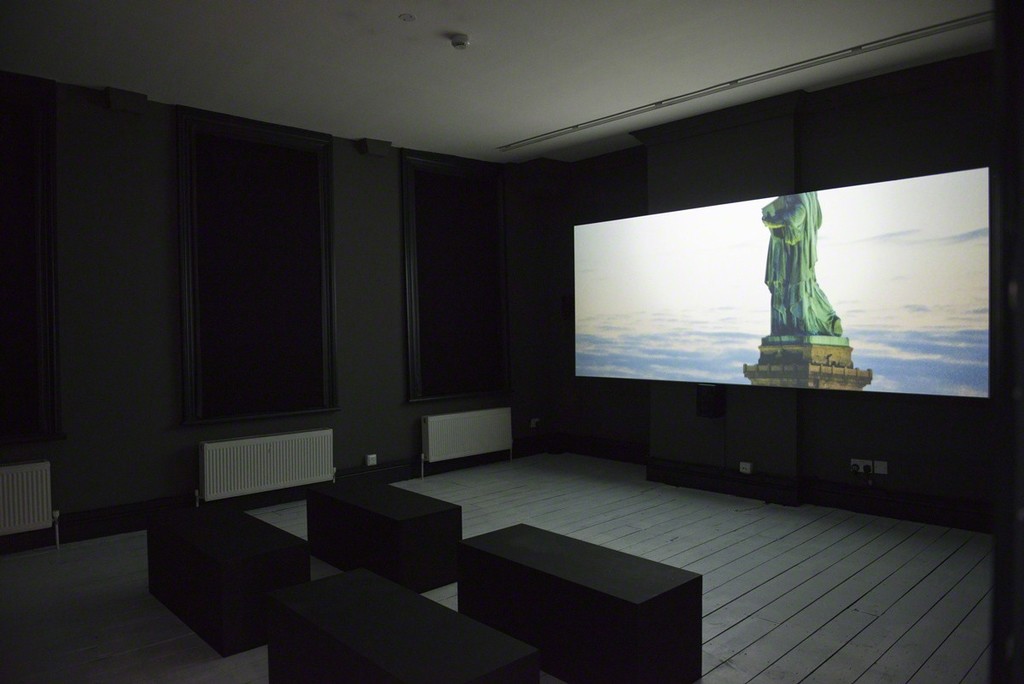 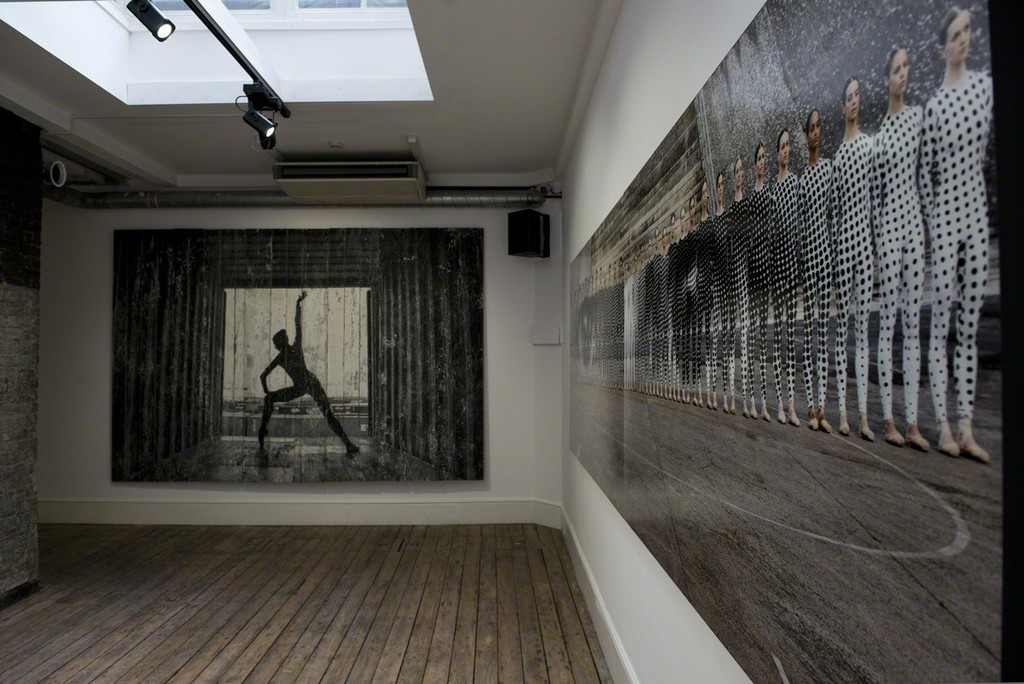 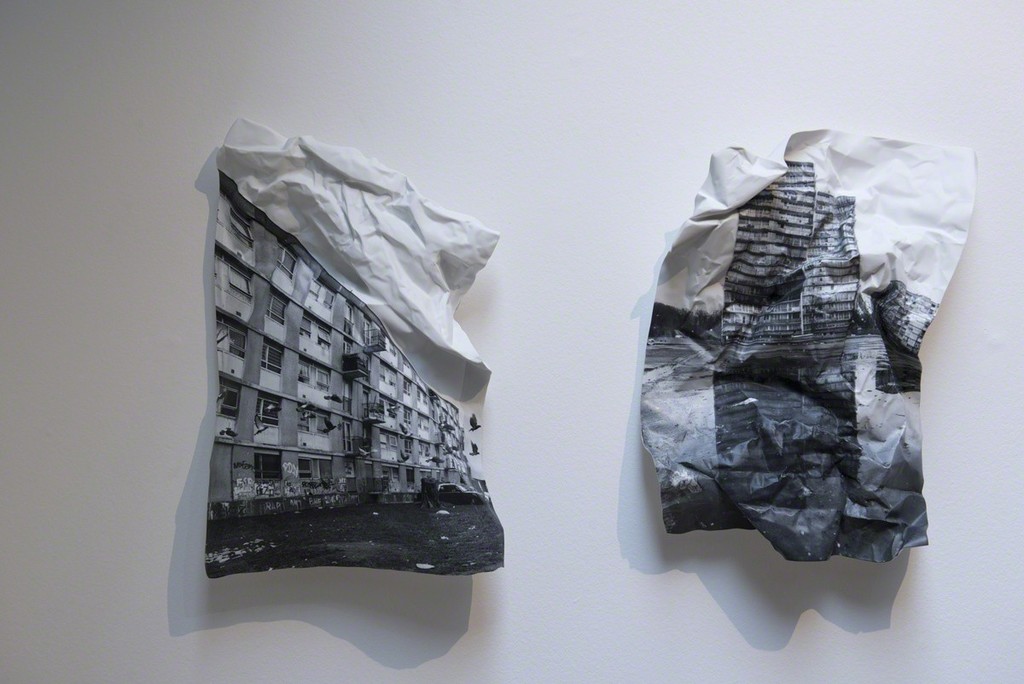 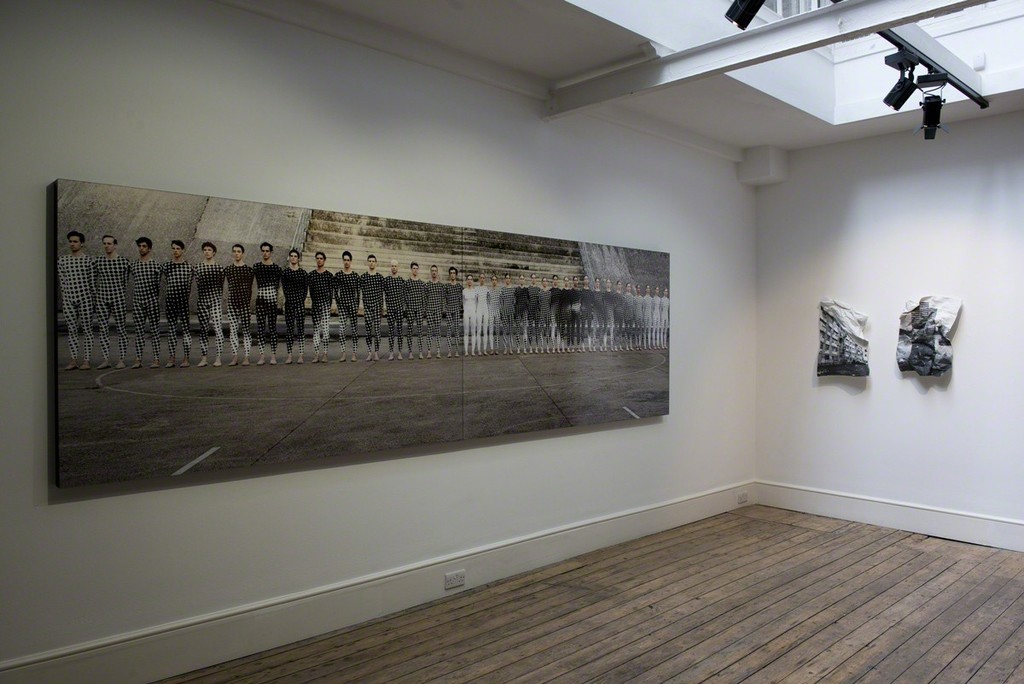 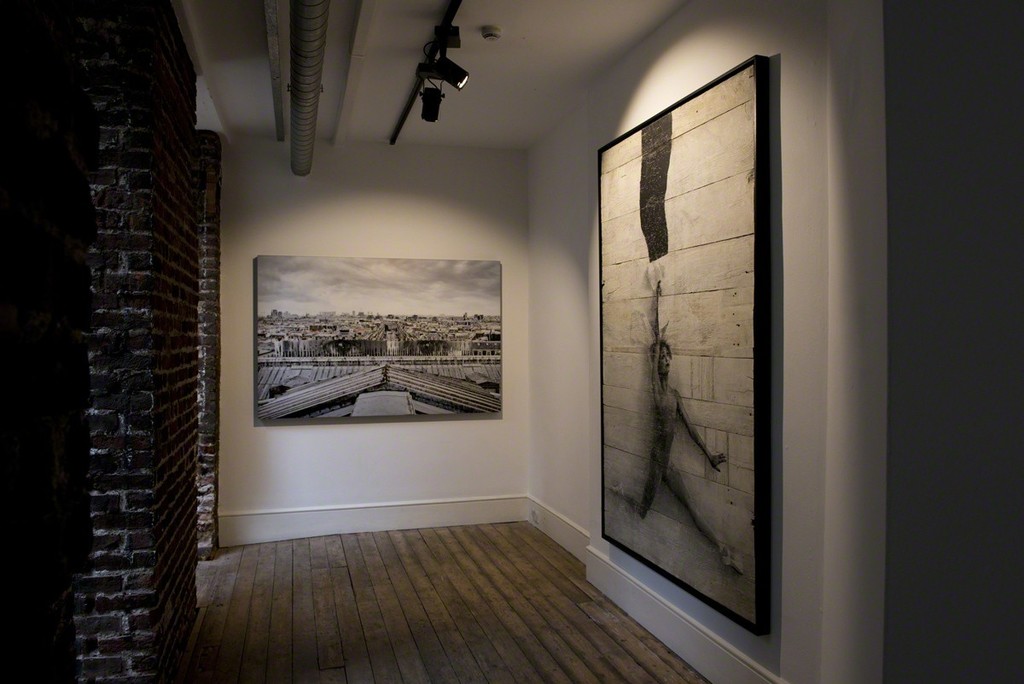 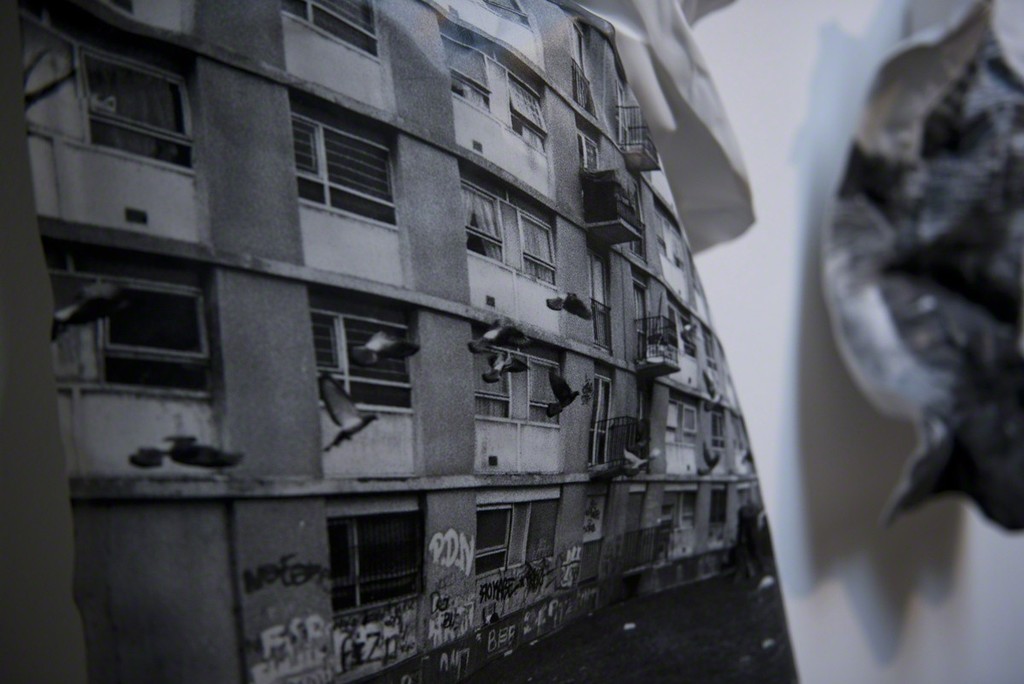 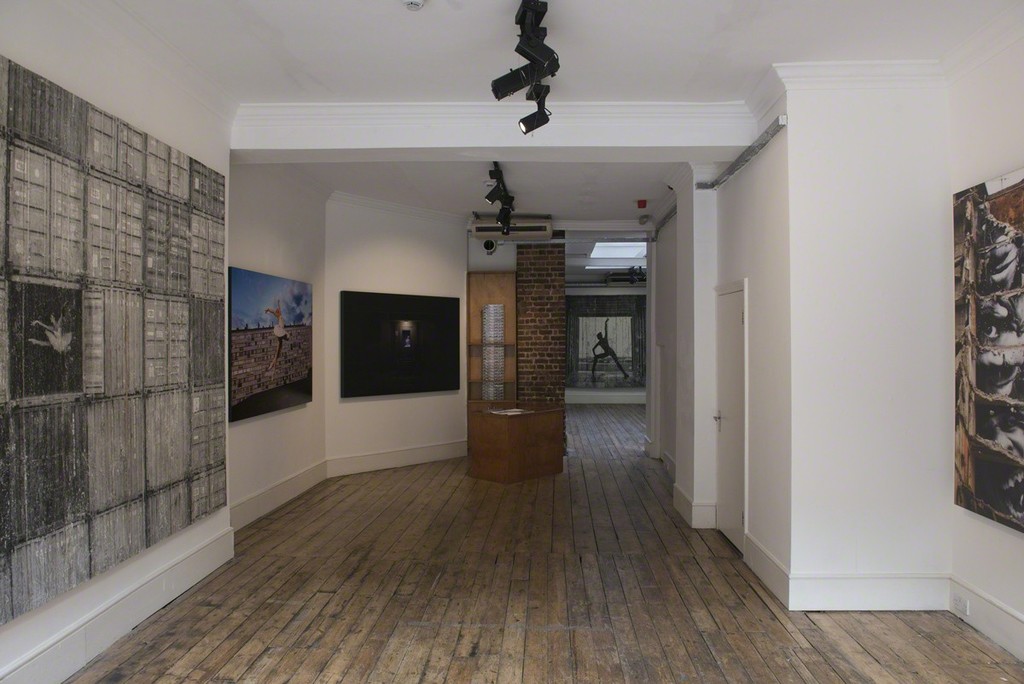 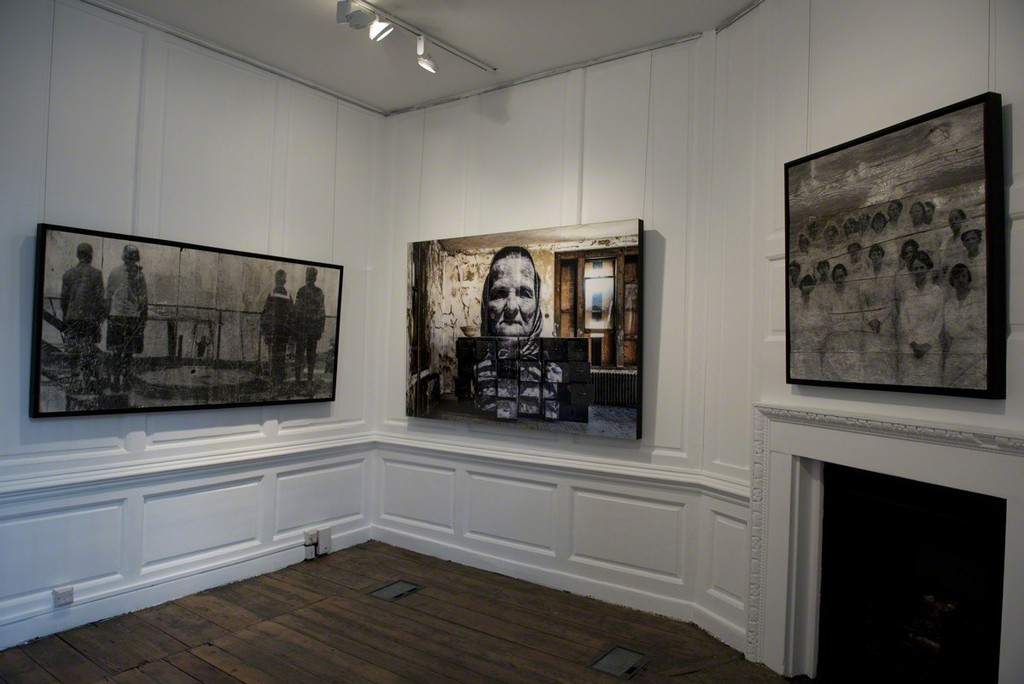 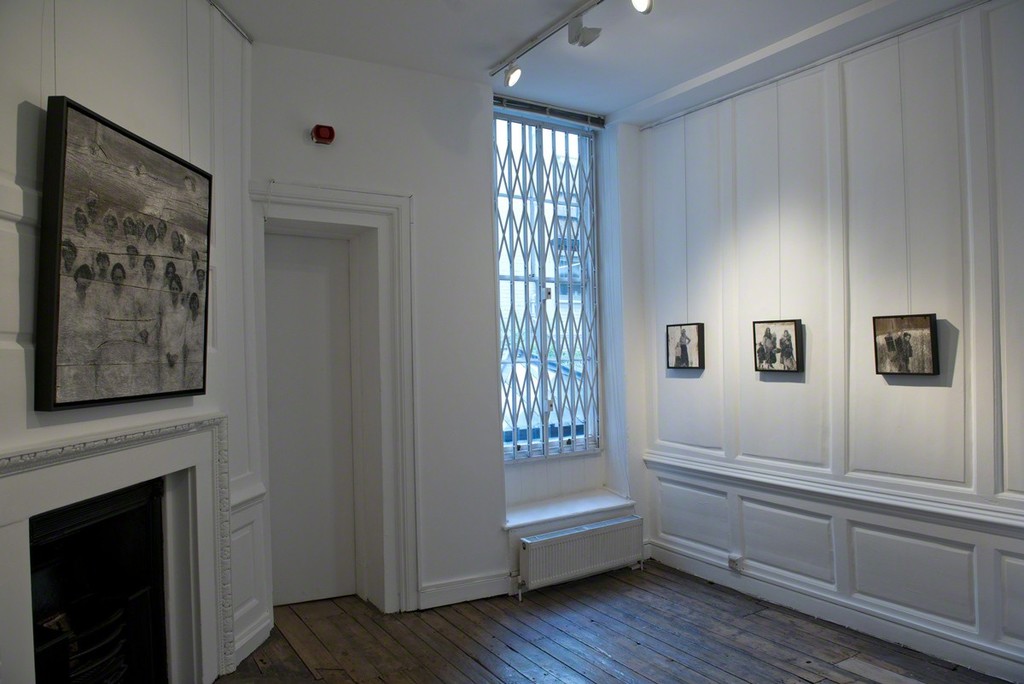 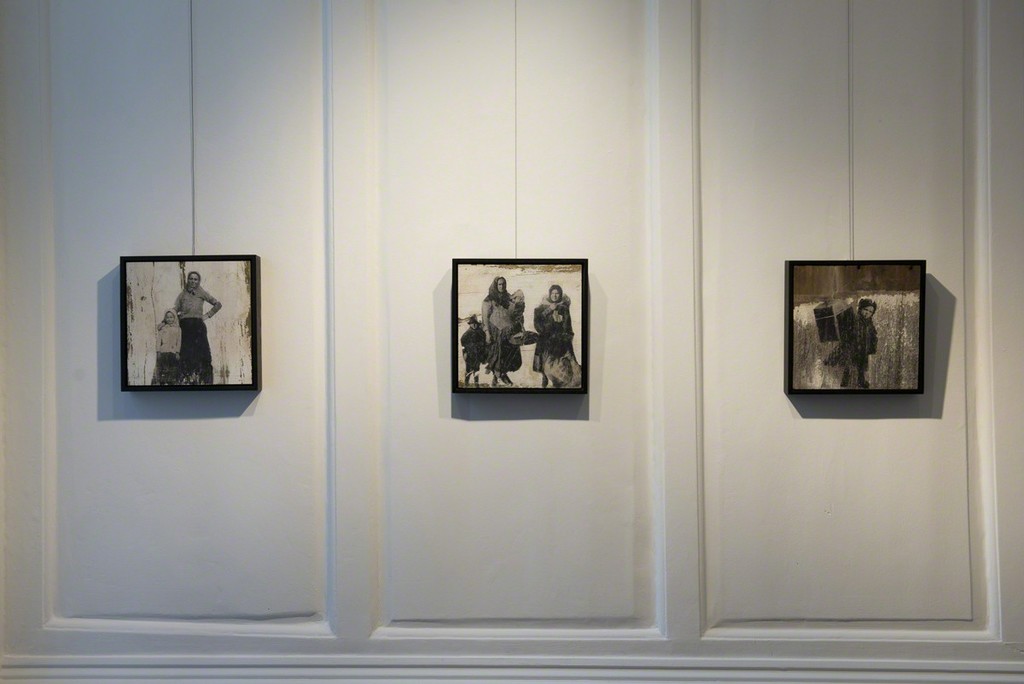 This October Lazarides Rathbone welcomes Parisian artist and TED Prize winner JR back to London with an exhibition of all new work from the acclaimed series of Les Bosquets (2014 –present) and UNFRAMED Ellis Island (2014 –present).

Taking place over two floors of their flagship gallery on Rathbone Place, the showcase will feature a mix of colour prints as well as the artist’s signature wood mounted monochromatic paper pieces from the UNFRAMED Ellis Island and Les Bosquets series. Visitors to the gallery will be invited to experience the world of JR through the juxtaposition of these two unique series of all new work.

The UNFRAMED Ellis Island project seeks to commemorate the stories of millions of immigrants who entered the United States via Ellis Island. Collecting source materials from the Ellis Island archives, JR created a series of installations that bring to life the chronicles of those coming from all over the world. Through his interventions, the artist envisages the hardships they endured, leaving behind their families, friends and belongings, to start a new life in a world unknown. The resulting series of works that will be presented highlight the enduring spirit of these immigrants whose presence has shaped the modern world.

In 2014 JR was invited by the New York City Ballet to create a large-scale art installation in collaboration with the Company dancers for their 2014 Art Series. Following the success of these installations, JR launched “Les Bosquets” in collaboration with the New York City Ballet making his debut as a choreographer. Succeeding this NYC-based ballet series, JR produced a unique photographic series of the Opéra de Paris ballet dancers shot on the roof of the Paris Opera house. JR’s new series of artworks featuring Les Bosquets draws from images of these interventions in New York and Paris.

Coinciding with his exhibition at the gallery, the short film Les Bosquets is set to premier in London as part of the London Film Festival. Inspired by the 2005 riots in the French ghettos, JR reveals his experience within the community of the Bosquets in Montfermeil, where his first art project, Portrait of a Generation, took place. The combination of video archive, choreography and personal testimony takes us to a place where art, social uproar and the power of image collide. JR shows how striving to exist in these ghettos can overcome the precariousness of life and create beauty in the realm of the unexpected.